Shadow is a fictional character appearing in Sega’s Sonic the Hedgehog video game series. He may not be the main character in the game, but he’s still captured the hearts of many people around the world. The extreme popularity of Shadow has created a huge demand for shadow the hedgehog coloring pages.

Well, you asked for it, so we delivered. So without further ado, we present to you—free shadow the hedgehog coloring sheets. The most fun part is, you can color these images however you want using any colors you like!

With these shadow the hedgehog coloring printables, coloring activities made more fun and easy. Simply choose the image you like, print it out, and finally, color it! Once you’ve chosen an image, why not try experimenting with different coloring materials like watercolor, brush pens, and oil pastels?

Have fun and use your creativity to make Shadow the hedgehog colorful!

Shadow the Hedgehog Coloring Pages — Free to Print and Color

It’s time to play with Shadow the hedgehog! In this coloring page, Shadow is standing while holding a gun in one hand.

He looks focused and determined to win the game with his sharp eyes and furrowed eyebrows. He’s probably looking for the villains, ready to defeat them one by one! 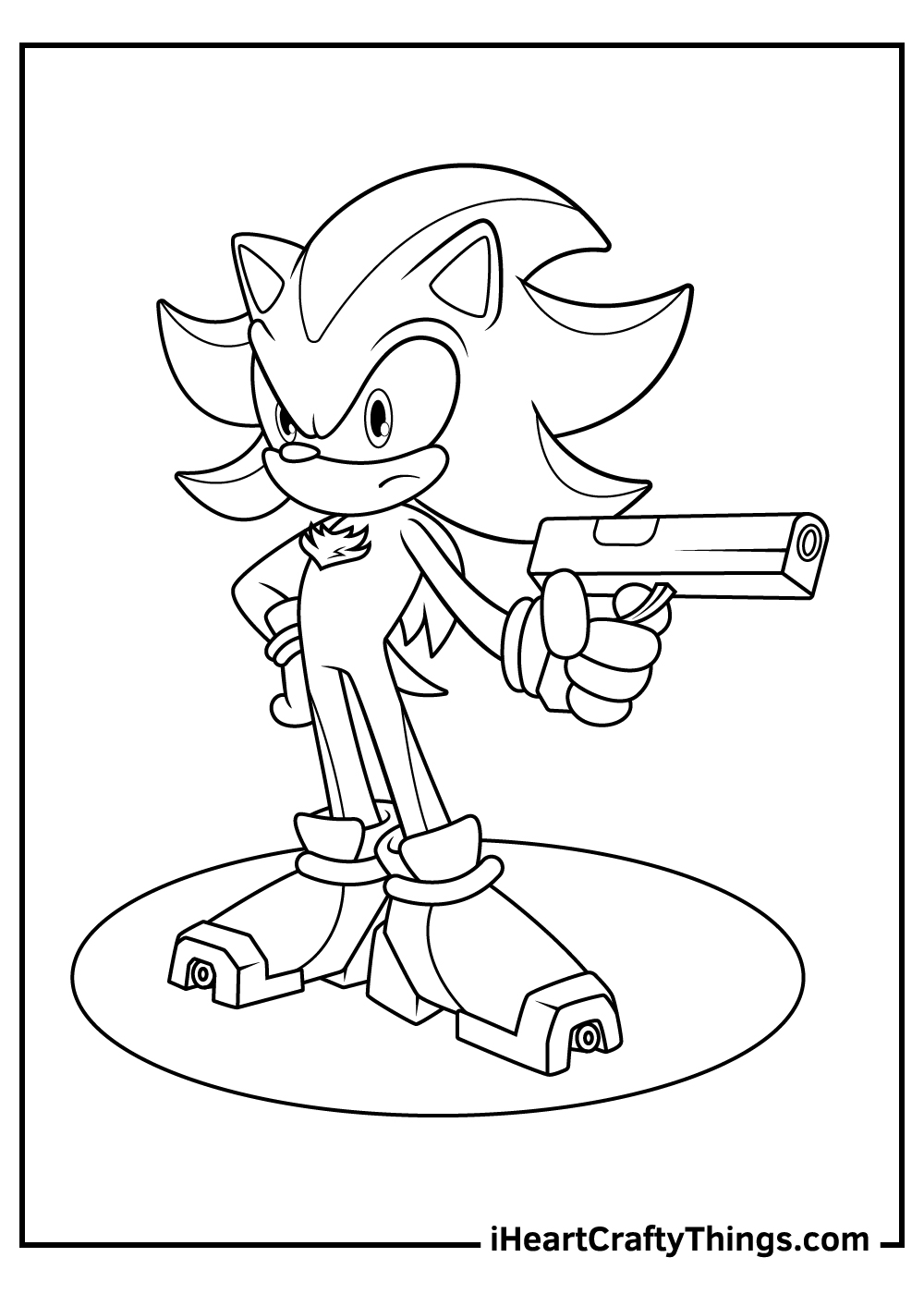 Shadow looks furious in this coloring sheet. His one hand clenched into a fist as he stretched the other.

Shadow is wearing his famous Hover Shoes, which enables him to glide across the ground effortlessly. It looks like he’s getting ready to run to catch the bad guys! 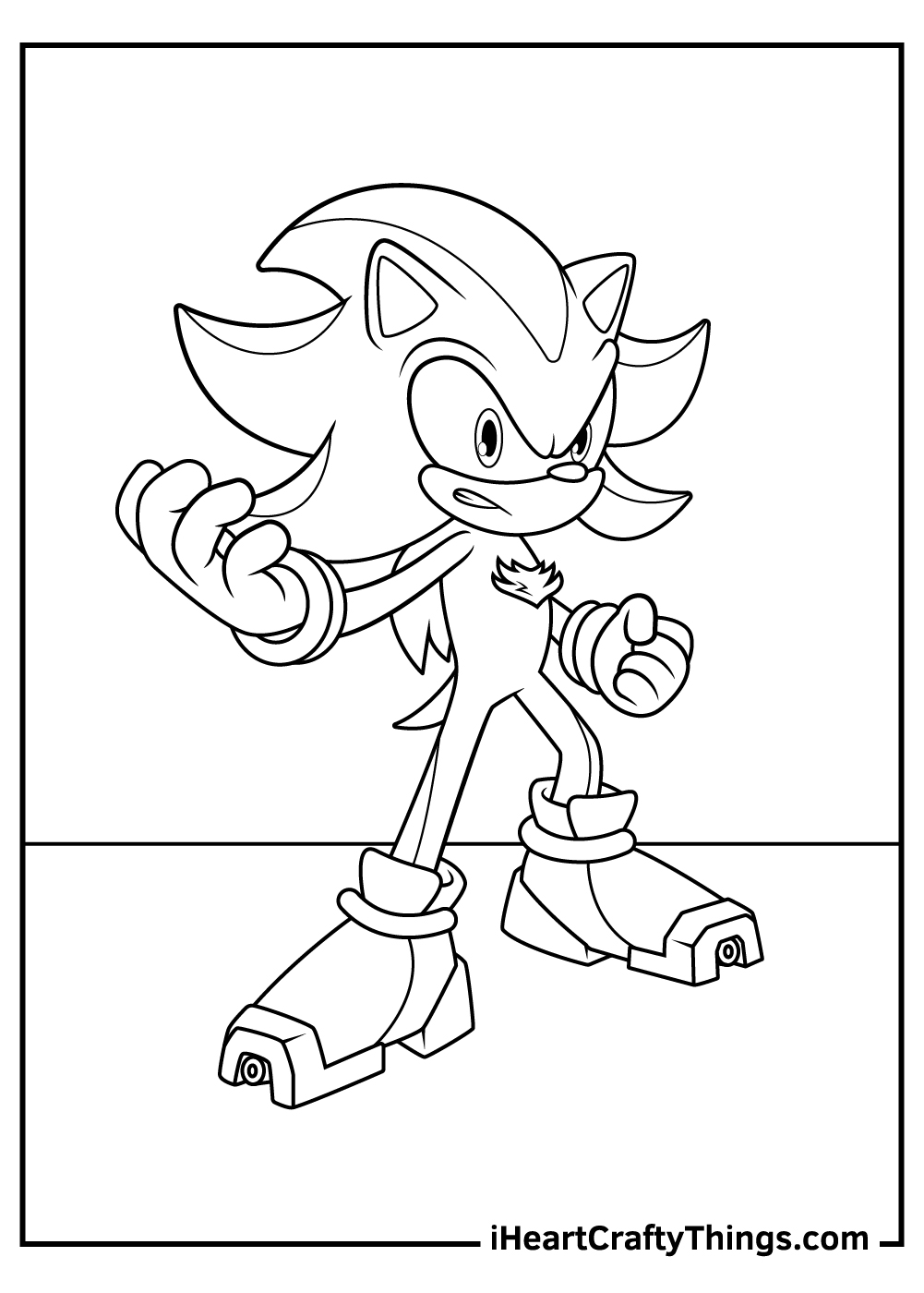 In this coloring printable, Shadow is ready for a fight! Both of his hands are clenched into a fist and his legs are spread wide open.

Equipped with his iconic shoes, we’re sure he can defeat all the villains that come his way! 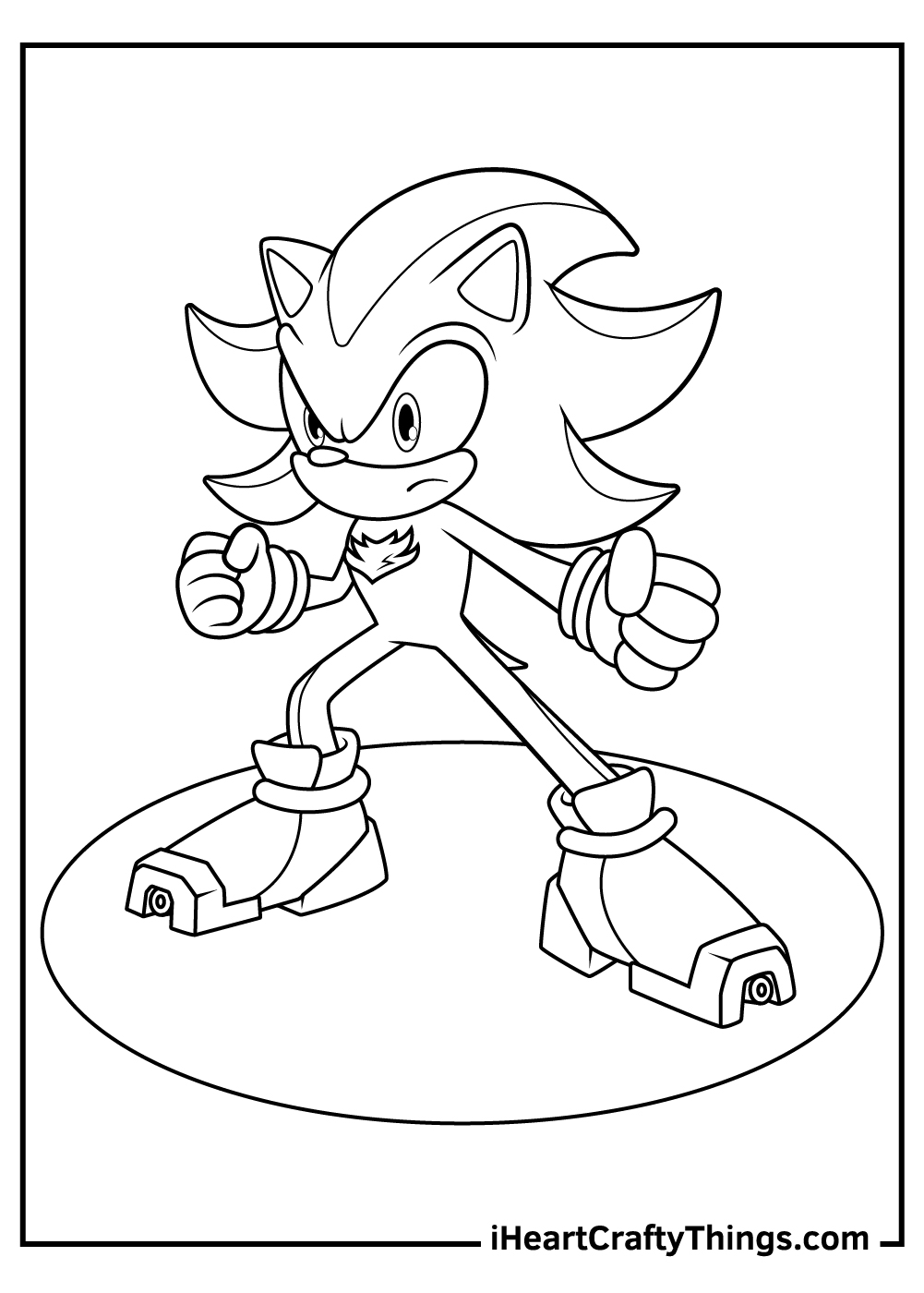 Shadow is hovering mid-air in this coloring sheet. He looks focused and alert, always on the lookout for enemies that could possibly be nearby.

Did you know that Shadow’s iconic hover shoes help him run faster? Whenever Shadow wears it, he can actually match Sonic. 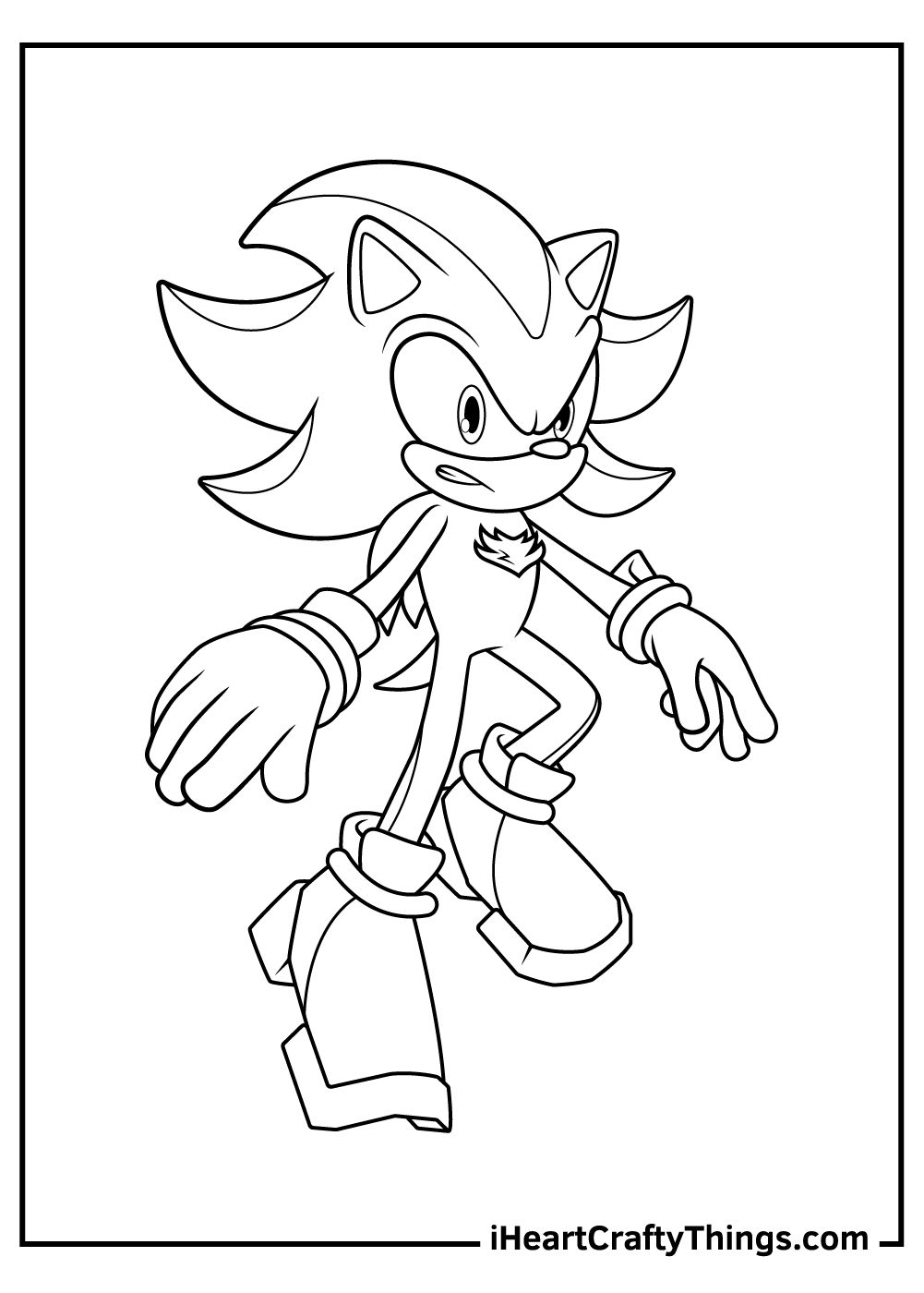 This coloring page shows what Shadow looks like after successfully defeating an enemy. He is standing with a smug smile on his face, feeling very proud of himself.

However, he still wouldn’t let his guard down. His eyes remain watchful and his fists are ready to punch! 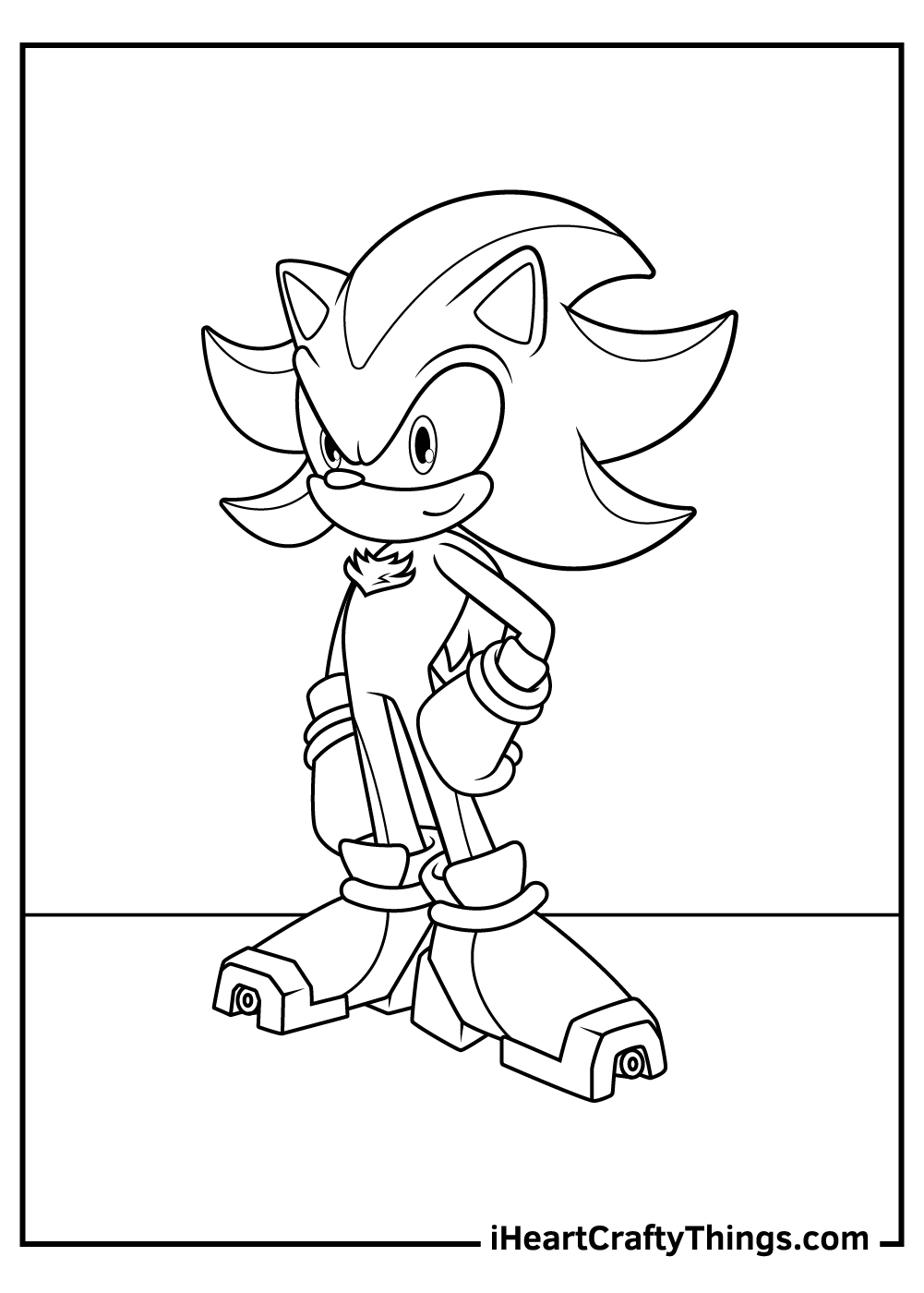 This coloring sheet shows Shadow in the middle of a combat. He’s holding the gun with one hand, shooting all the enemies.

His eyes are alert and his brows are furrowed—he looks determined to beat the enemies. Which colors will you use to make Shadow colorful? 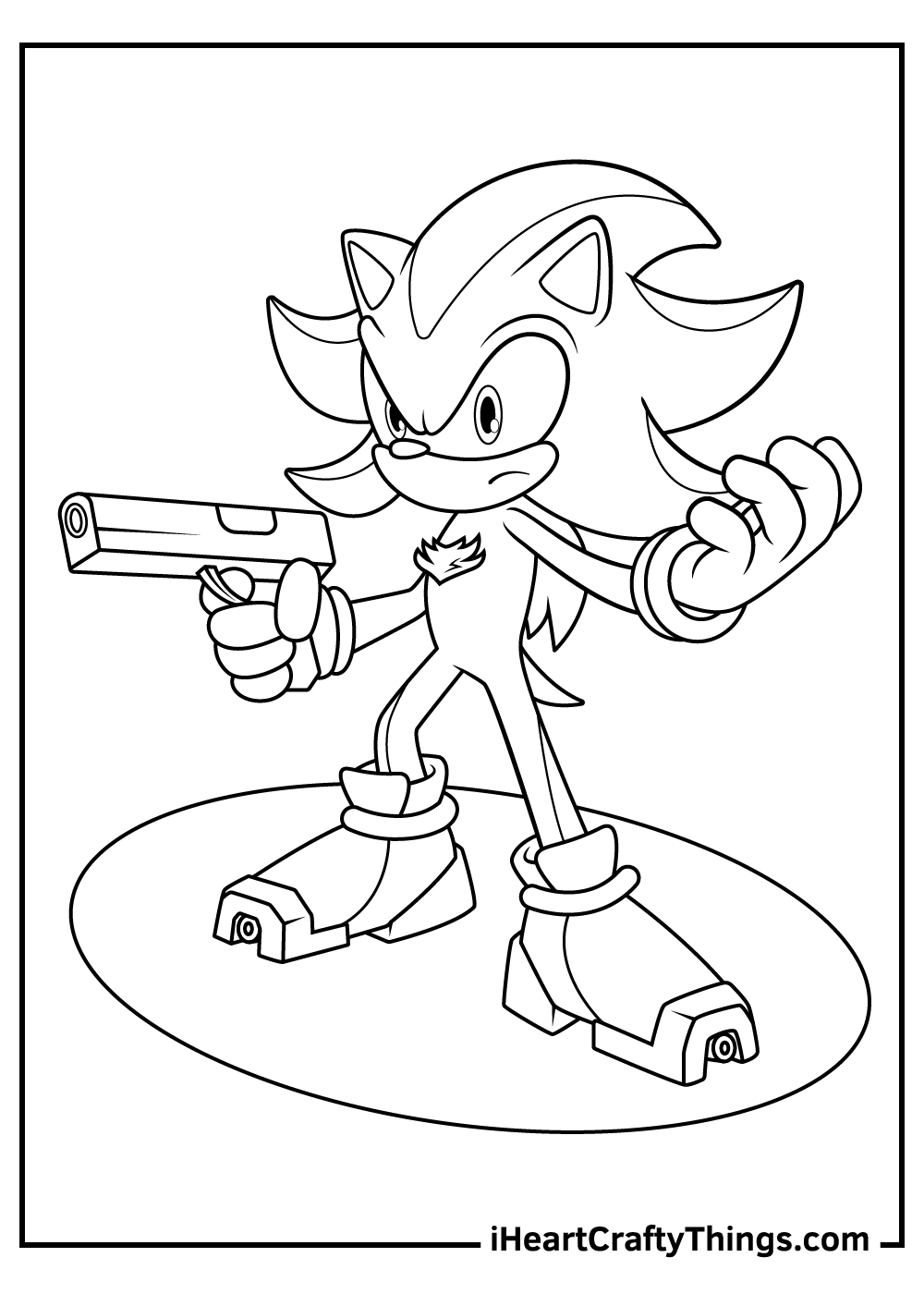 Shadow looks cool riding a motorbike in this coloring printable. He’s driving at full speed, probably going after the enemies!

Shadow can surely catch them all in no time. What colors will you use for the motorbike? 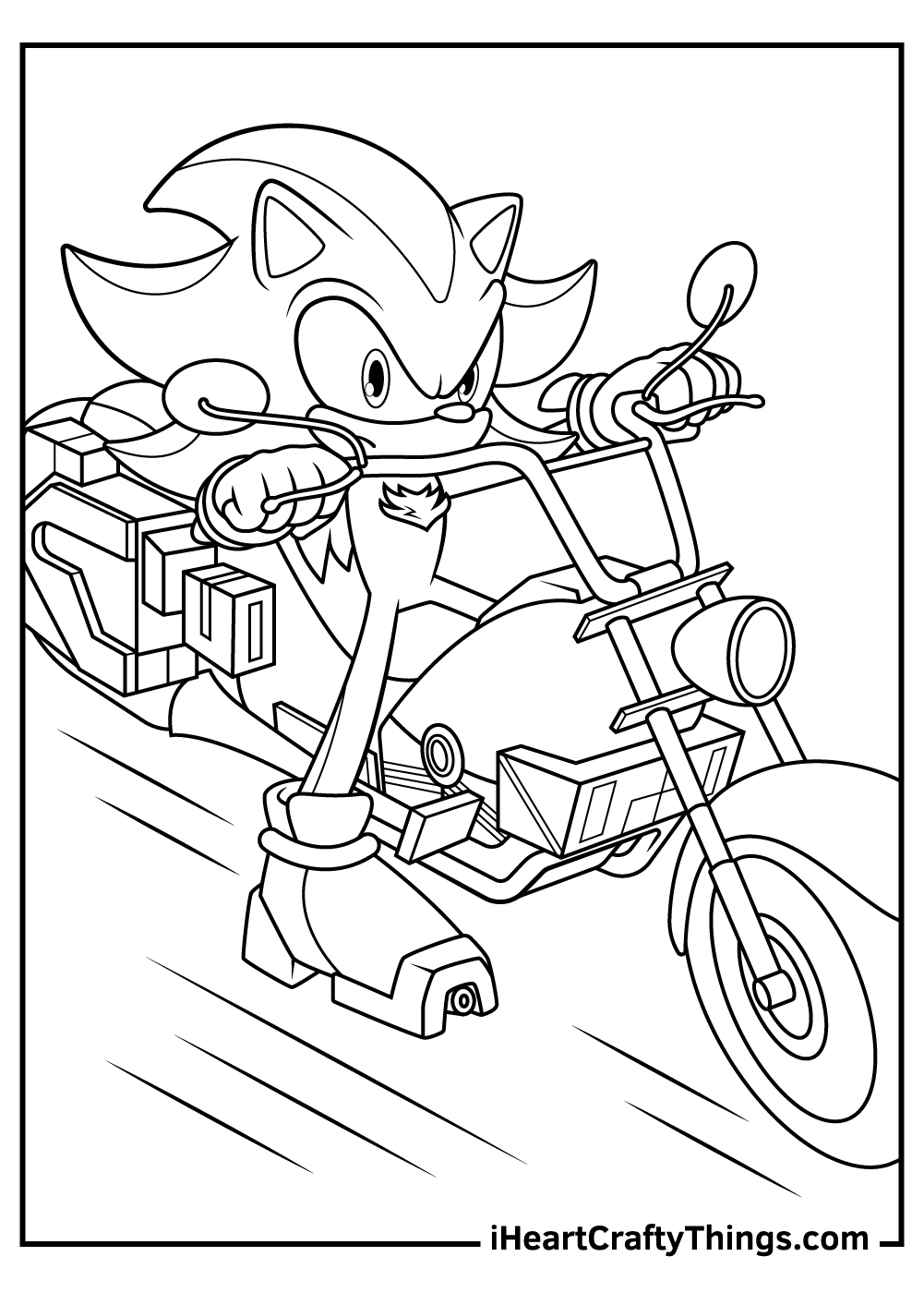 In this coloring sheet, Shadow is hovering above the ground with the help of his famous air shoes.

He looks furious as glides across the floor effortlessly. He looks like he’s in a hurry. Perhaps he’s chasing the enemies! 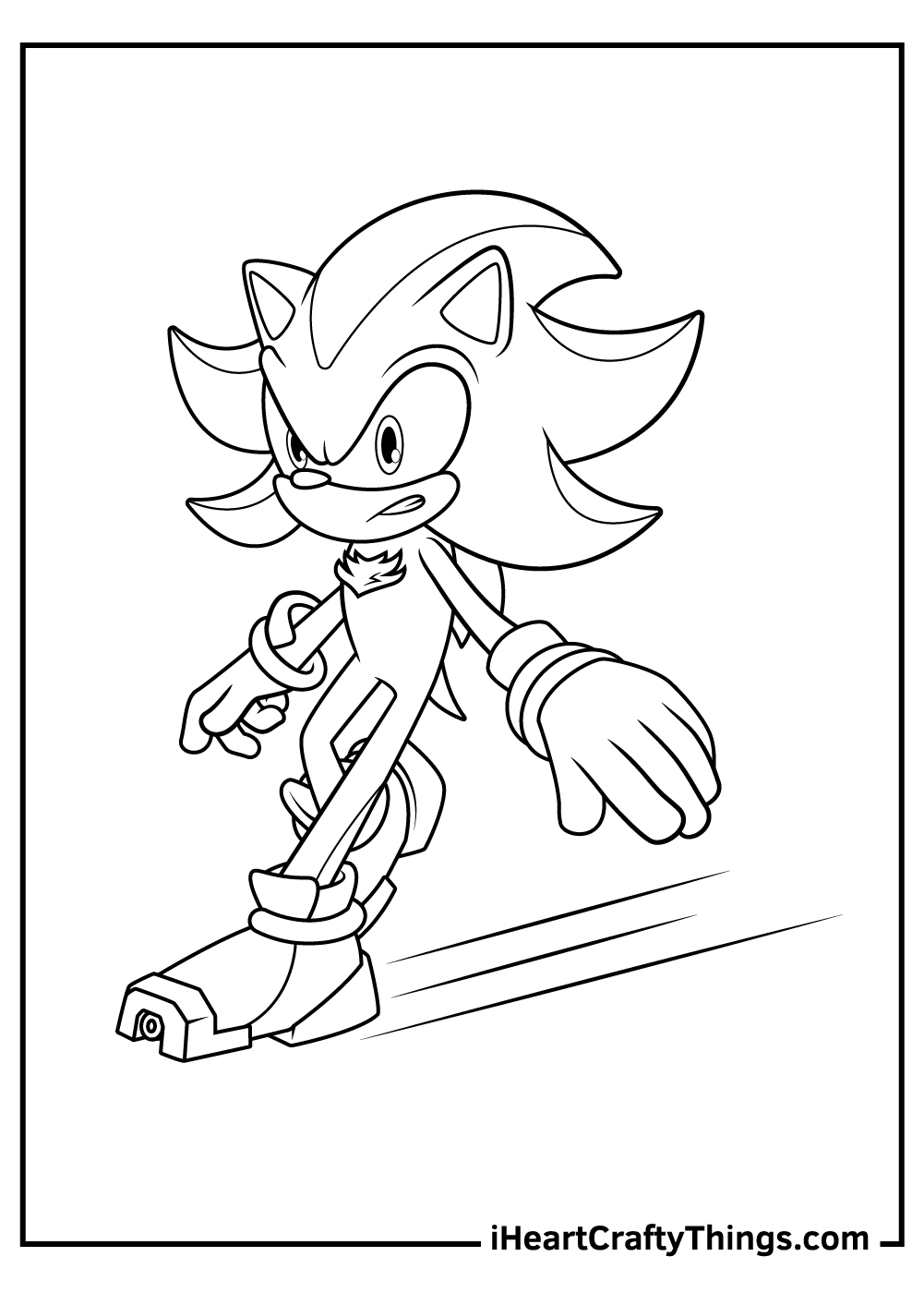 With a gun in his hand, Shadow is ready for a firefight. In this coloring page, Shadow wears his usual furious expression.

He’s standing upright while holding his gun in one hand. His powerful gun and swift shoes makes a perfect combination to defeat the enemies. 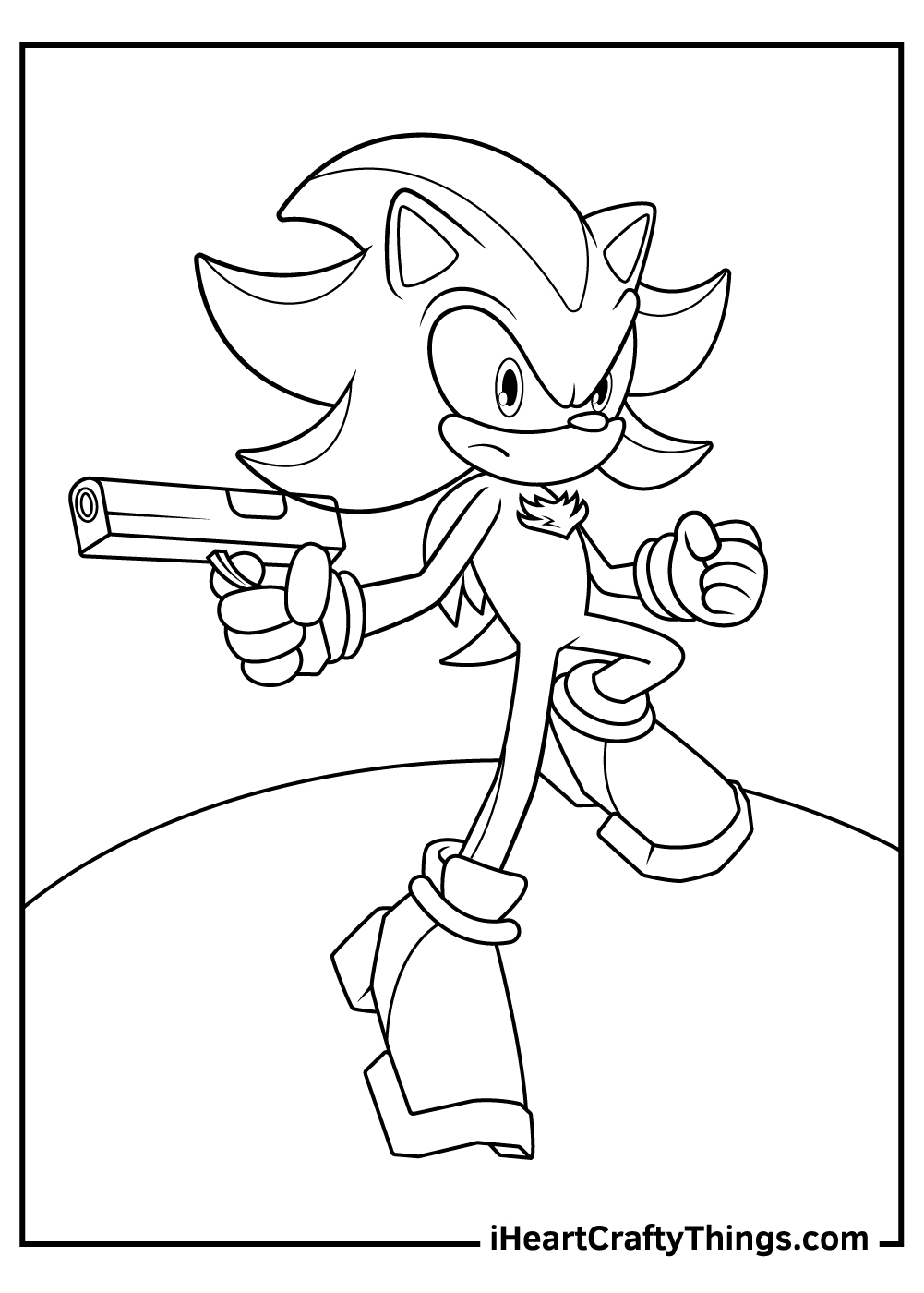 Shadow is standing loud and proud in this coloring printable. He’s clutching a gun on one hand, ready to shoot all the enemies.

The bright color of the stars in the background would look great with the Shadow’s color. What colors will you add to this artwork? 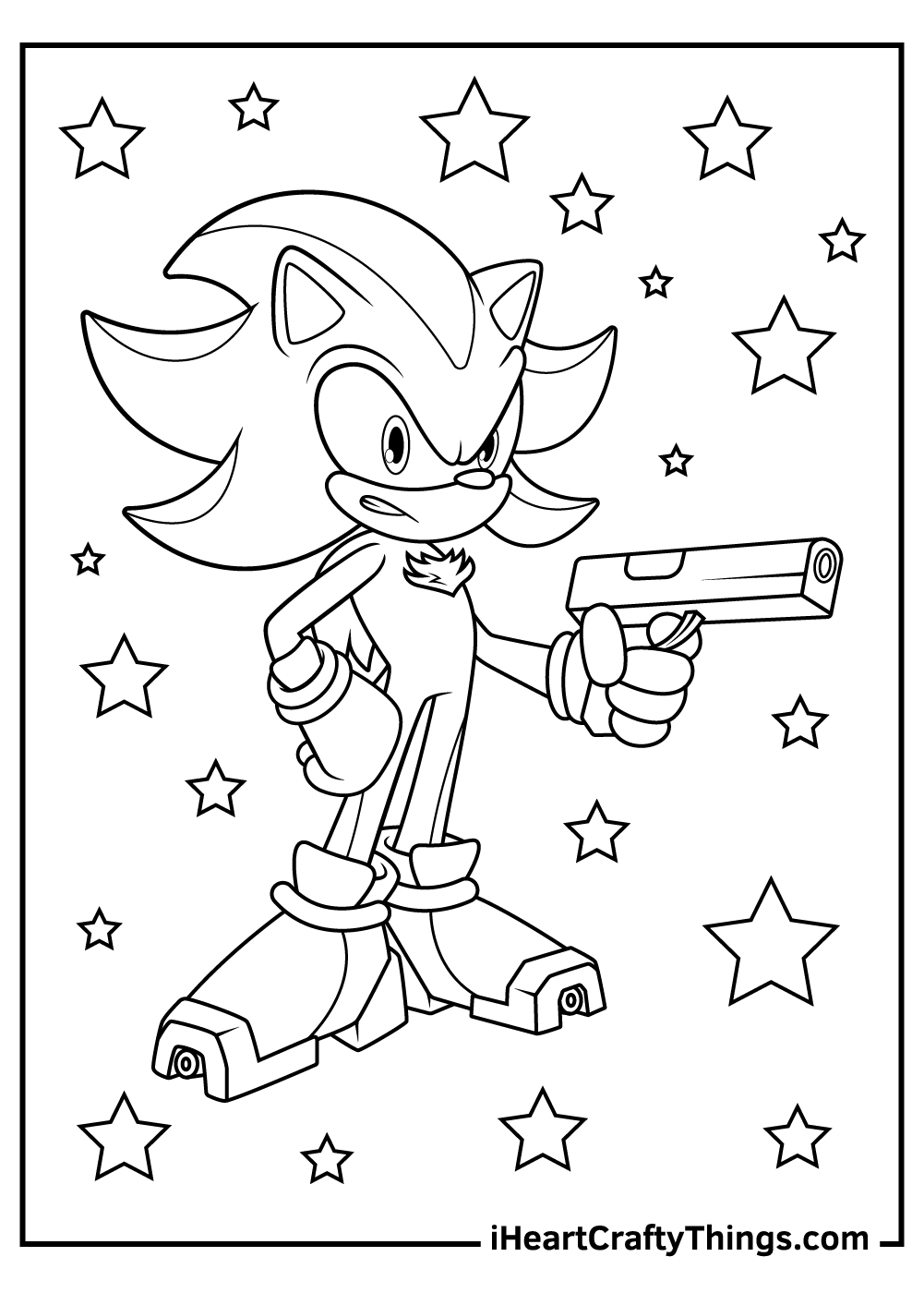 Shadow the Hedgehog Coloring Pages — Which image will you choose?

We hope you have fun with these shadow the hedgehog coloring pages. Shadow is originally black in color with red highlight streaks. However, feel free to let your imagination run wild and play with different colors as you wish!

Remember, all of our crafts and coloring printables are 100% free for you to print and color. We are always updating our website and uploading new content. So, don’t forget to keep re-visiting our website to continuously enjoy all-new printable sheets.

Once you’ve finished coloring your shadow the hedgehog coloring sheets, you should feel proud of yourself for completing a masterpiece. Don’t hesitate to show off your artwork and share it on our Facebook page. We’re sure it looks impressive!

We can’t wait to see all of your colorful creations! 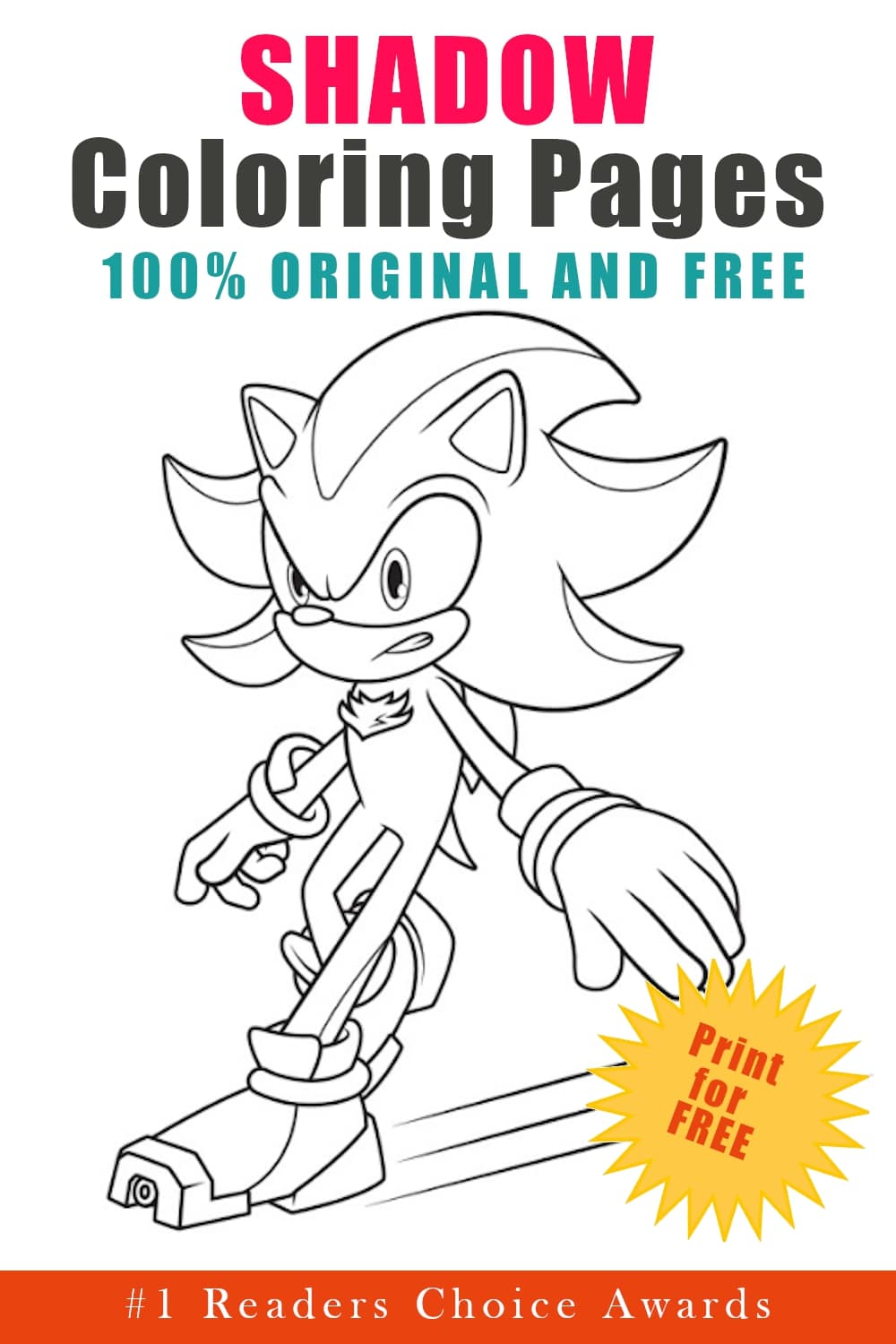 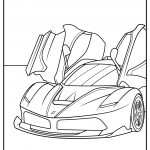 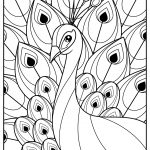