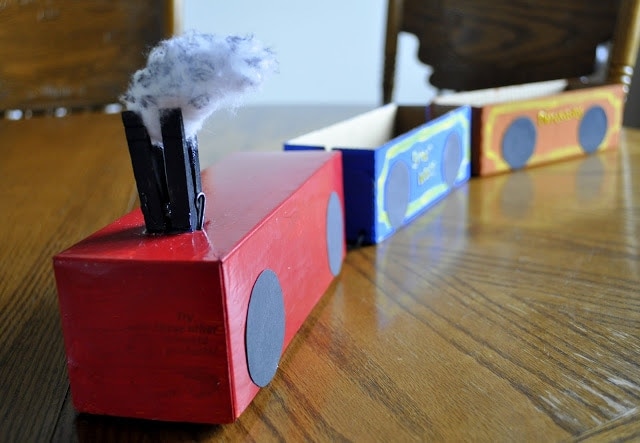 We picked up some books about Trains this past week at the library and after reading them we decided to embark on an adventure of making our very own train. My boys’ main requirement was that it had to be a freight train so they could carry around some of their favorite toys in it.

I instantly thought of two empty Velveeta Cheese boxes that I had saved knowing someday I would have a use for them. I took the tops of the boxes off and put them together to make the front of the train and then used the cardboard bottoms as the box cars. 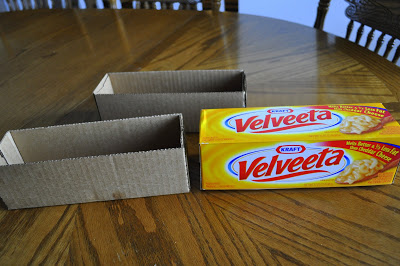 The boys picked out what colors they wanted and painted each of the pieces. 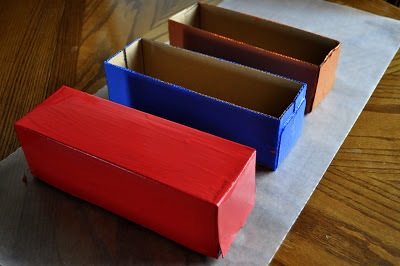 They also painted two clothespins black to use as the smoke stack for the train. 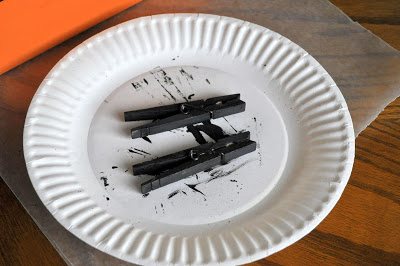 Connecting the train cars was the most difficult part of this project. I used black yarn to put them together. 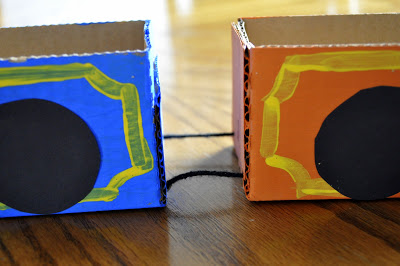 I took my craft knife and cut a small X in the corner of the cars where they would need to be connected. 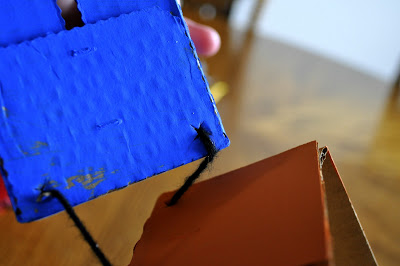 I then used a pencil to push the end of the yarn through the holes and tied a knot on the inside of the box so they would stay connected. 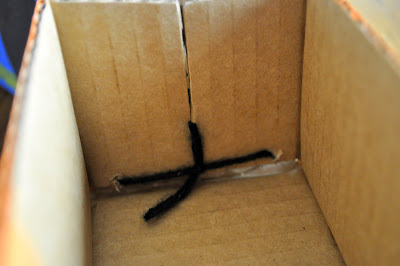 For the front of the train, after getting the yarn into the holes, I added some hot glue to hold them in place since I couldn’t get inside the box to tie a knot. 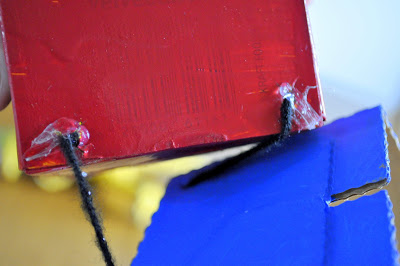 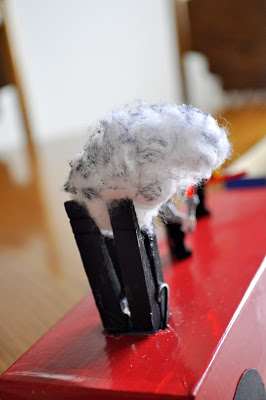 Lastly we cut out some black circles for the wheels and my son glued them around the train. 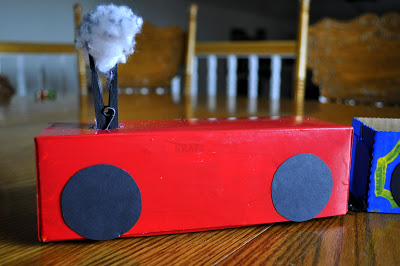 In some of the books we read, the freight cars had things written on them so my son said he wanted me to write on the cars. They decided one of them should be for dinosaurs and one should be for Star Wars. You can also see I added some yellow detail on the freight cars for the boys too. Totally not needed, but my son used to be a HUGE Thomas the Train fan and remembered those lines being on his old trains. 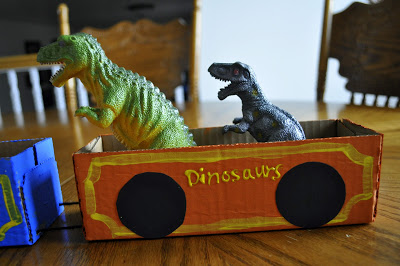 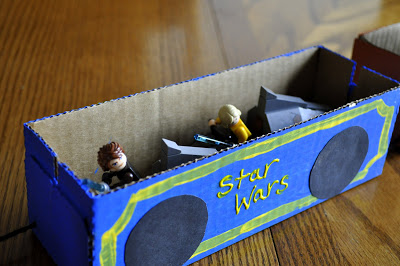 After it was all finished the boys had quite the Star Wars set up on he table. The bad guys were on top of the train, Anakin and Luke Skywalker were hiding in the freight car, and Obi-Wan and R2-D2 were in their ship on the sidelines as back up. My boys are so fun! 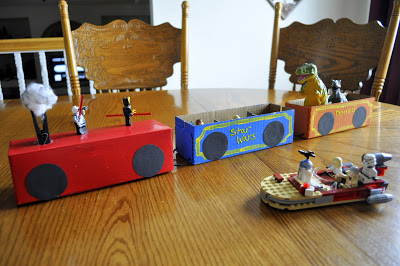 Our favorite book we read was Shark vs. Train by Chris Barton and Tom Lichtenheld. In this book, Shark and Train egg each other on for one competition after another; burping, bowling, Ping Pong, piano playing, pie eating, diving, and so many more! Who do you think will win? The pictures are great and my kids loved it! This book is on the recommended Preschool/Kindergarten list at our library so it’s definitely worth checking out if you haven’t read it already. 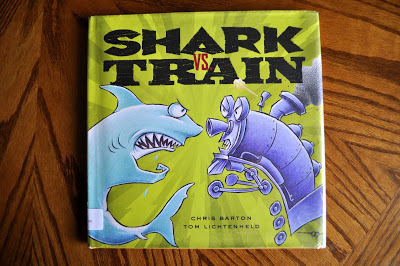 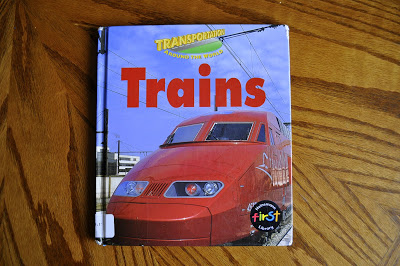 Happy Crafting!
I like to link my posts up to THESE great link parties.
78
SHARES
SharePin 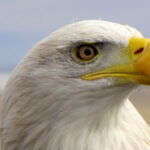 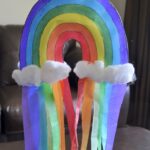