The hairstyle is as important as the facial features when drawing human characters.

A ponytail is one of the most common and the easiest way to put your hair up, so that’s exactly what we’ll be learning how to draw in this tutorial.

We have created a step-by-step tutorial on how to draw a ponytail, summed up in 9 quick and easy steps.

What’s more, each instruction is paired with an illustration to serve as your visual guide as you follow the steps one by one.

Have fun and take advantage of your artistic skills! 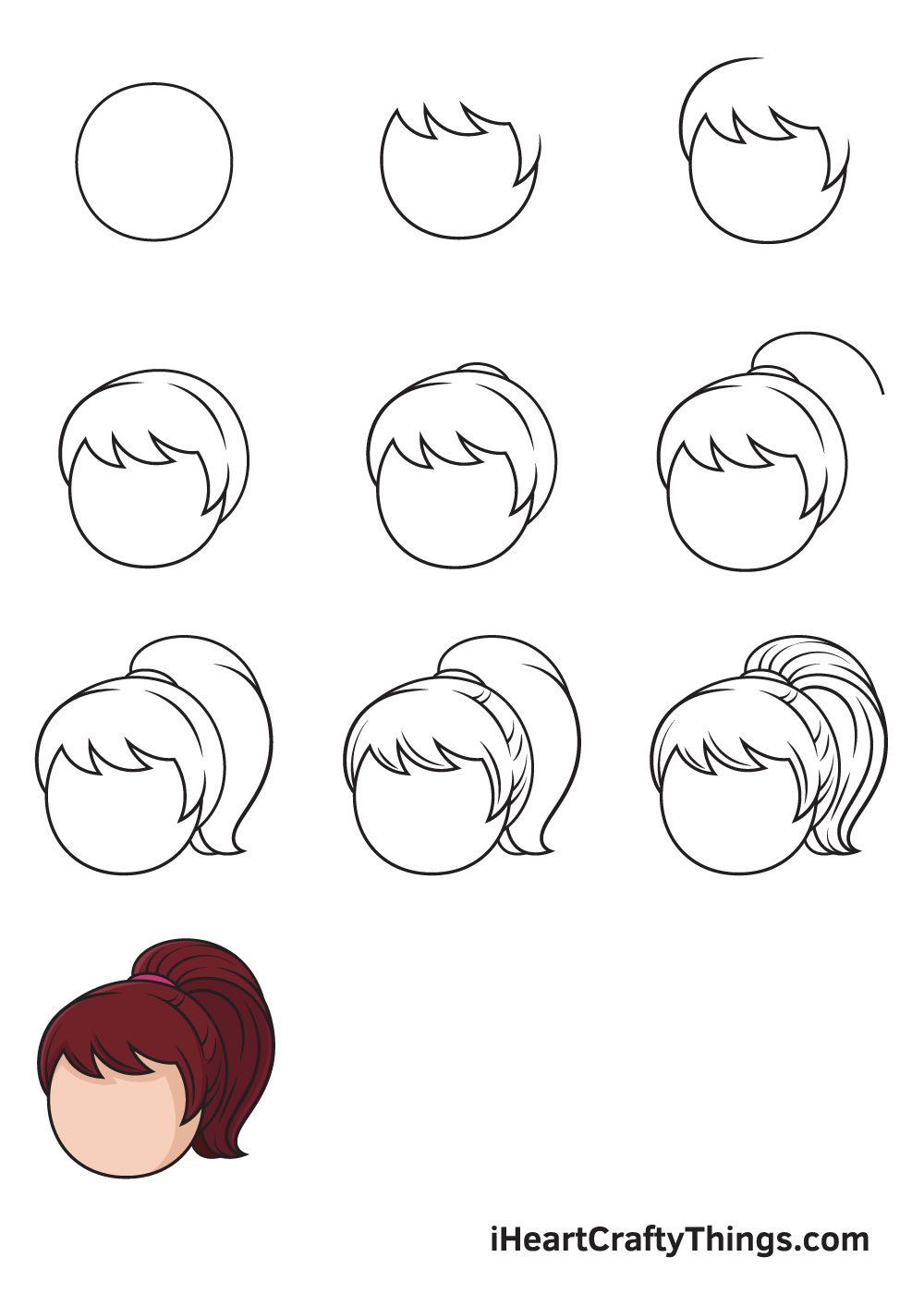 How to Draw a Ponytail – Let’s get started!

Start by drawing a perfect circle shape to create the outline of the character’s head.

Remember, avoid pressing down too hard with your pencil when drawing an outline. It’s important to draw with light strokes so you can easily remove some parts of the outline you may no longer need later on.

As you can see in the illustration above, the outline of the head is off-center as it is slightly positioned towards the lower left side.

This ensures that there’s sufficient space for the entire head of the character as well as her hair tied in a ponytail.

Step 2 – Create an Outline of the Character’s Head

Draw multiple connected curved, pointed figures at the top of the character’s head. This creates the bangs of your character.

Make sure that each clump of hair in the bangs slightly differs in form and thickness. This makes the hair look more natural.

Make sure that the hairline encompasses the space above the forehead extending all the way to the right side of the head.

Don’t forget to erase the upper part of the head’s outline that overlaps within the hair too!

Step 3 – Next, Draw the Hairline of Your Character

Draw a curved line on the left side at the top of your character’s head.

This forms the bangs of the hair halfway through.

Step 4 – Afterwards, Draw the Top of the Hair

This creates the entire top of the head of your character.

The hair is almost complete, as seen in the illustration above. Now, all it’s missing is the ponytail itself, which we’ll be drawing in the next steps.

Step 5 – Draw the Hair Tie That Holds the Ponytail

Draw a smaller curved line at the top of the character’s head.

This forms the hair tie that your character is wearing.

This is also where the ponytail will emerge from when we draw it on the next step.

Step 6 – Then, Draw the Top Part of the Ponytail

Draw a curved line emerging from the hair tie that we drew in the previous step. This forms the upper part of the ponytail.

Step 7 – Finalize the Structure of the Ponytail

As you can see in the illustration, we’ve drawn the ponytail wavy and medium-length. However, you can make the ponytail as short or as long as you prefer.

You can also make the hair appear straight, curly, or any hairstyle you prefer!

Step 8 – Add Details and Texture All Over the Hair

Patterns and details are essential to add texture when drawing hair and make it appear realistic. Continue by drawing

Keep in mind that the streaks of hair should be consistent with the structure of the hair.

For instance, the streaks on the bangs must be downward while the ones on the top of the head should be curved towards the ponytail.

Step 9 – Now, Add Streaks of Hair on the Ponytail

Repeat the previous step. This time, however, the streaks should be on the ponytail itself.

Remember, the streaks of hair should have the same form as the ponytail, as shown in the illustration above.

As you can see, the ponytail drawing is finally complete at last! Now, all it’s missing are some hair color.

There you have it—you’ve successfully drawn a ponytail! Finally, it’s time for the much-awaited step, which is choosing the colors and coloring the hair.

Generally, human hair can be any of these five primary colors: black, brown, blond, white or gray, and red.

Nowadays, however, our hair can be any color we want it to be thanks to the development of hair dyes.

Feel free to use any color you like! You can even use more than one color to make the hair look stylish and trendy! Why not create a unicorn-inspired hair color or perhaps an ombre effect?

Have fun playing with colors and watch as the ponytail ultimately comes to life!

Do this to take your ponytail drawing to the next level

Let your inner hairdresser come out as we make your ponytail sketch even better!

This drawing of a ponytail that we created in this guide is done in a pretty simple style. A ponytail can come in many different forms, so you could play around a bit with the look of it.

For example, you could change the style of the fringe, the sides or the ponytail itself.

If you need some inspiration, you could look up some hairstyles online and adapt this ponytail style to suit one you like.

Using the hairstyle of a favorite celebrity could also be a good way to get some inspiration!

Another way you could customize this ponytail would be by adding some accessories to the hair. These could be simple, such as adding some colorful hair clips.

Adding some hair bands or maybe a bow to the hair. This would be a great way to make the image look more interesting while sticking to the simpler style!

What are some other accessories you could add to this hairstyle?

For this ponytail drawing, we didn’t add a face in order to keep the focus on the hairstyle. This helps make it easier, but you could add a face to finish it off even more!

There are many ways that you could go about adding this. The face could be based on a real person, or you could come up with a completely fictional face.

If you’re not as used to drawing faces, you may want to stick to a simpler cartoon style to make it easier on yourself.

Finally, once you have the hang of this ponytail sketch, you could challenge yourself to draw other styles. There are so many hairstyles that it can be pretty hard to choose!

Once again, you could look up some famous hairstyles online to inspire yourself.

If you’re feeling extra creative, you could try out creating your very own unique hairstyle for something completely unique!

Your Ponytail Drawing is Complete!

Hopefully, you had a good time with this step-by-step ponytail drawing tutorial. What kind of hairstyle would you like to learn how to draw next for the characters in your drawings?

Perhaps a bun or a braid? Let us know and we’ll do our best to create a tutorial for it.

Once you’ve finished drawing and coloring a braid, make sure to recognize your achievement for completing a masterpiece!

Take a photo of your artwork and don’t forget to post it on various social media platforms. While you’re at it, we hope you take time to like our Facebook page too!

We can’t wait to see how beautiful your ponytail turned out! 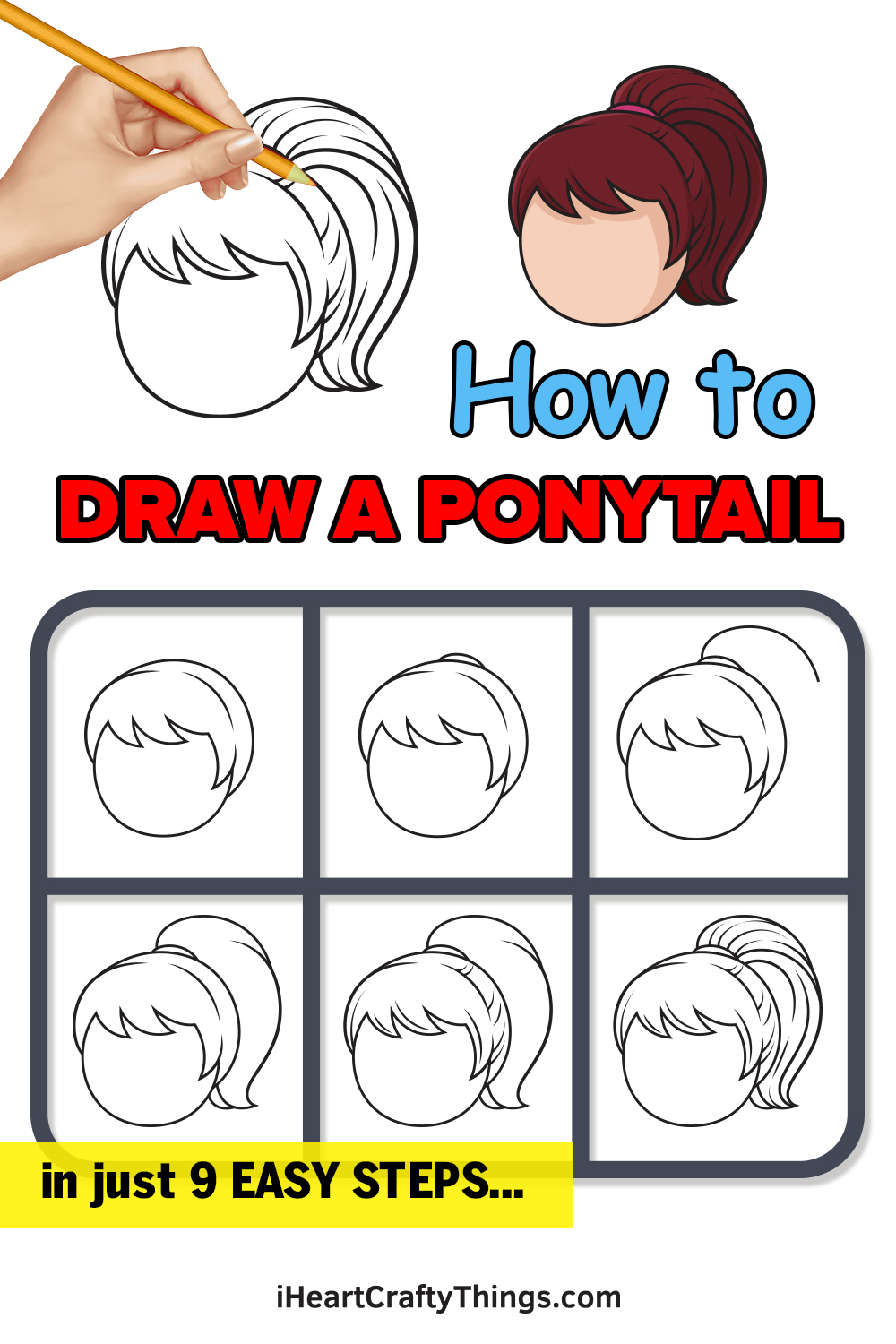 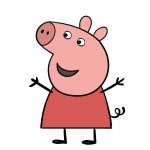 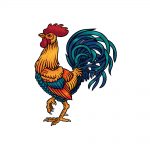