In the prehistoric age, there were many incredible dinosaurs that walked the earth.

There were also many of these magnificent dinosaurs that swam and flew, and the dinosaur we are focusing on today would fall into that second category.

The pterodactyl was an incredible flying dinosaur that was quite a force to be reckoned with!

It is also one of the most popular dinosaurs today, and many people like to learn how to draw a pterodactyl to show this.

If you love this awesome flying dino as well, then this should prove to be the perfect tutorial for you to enjoy!

Our step-by-step guide on how to draw a pterodactyl in just 6 easy steps will show you everything there is to know about recreating this classic dinosaur. 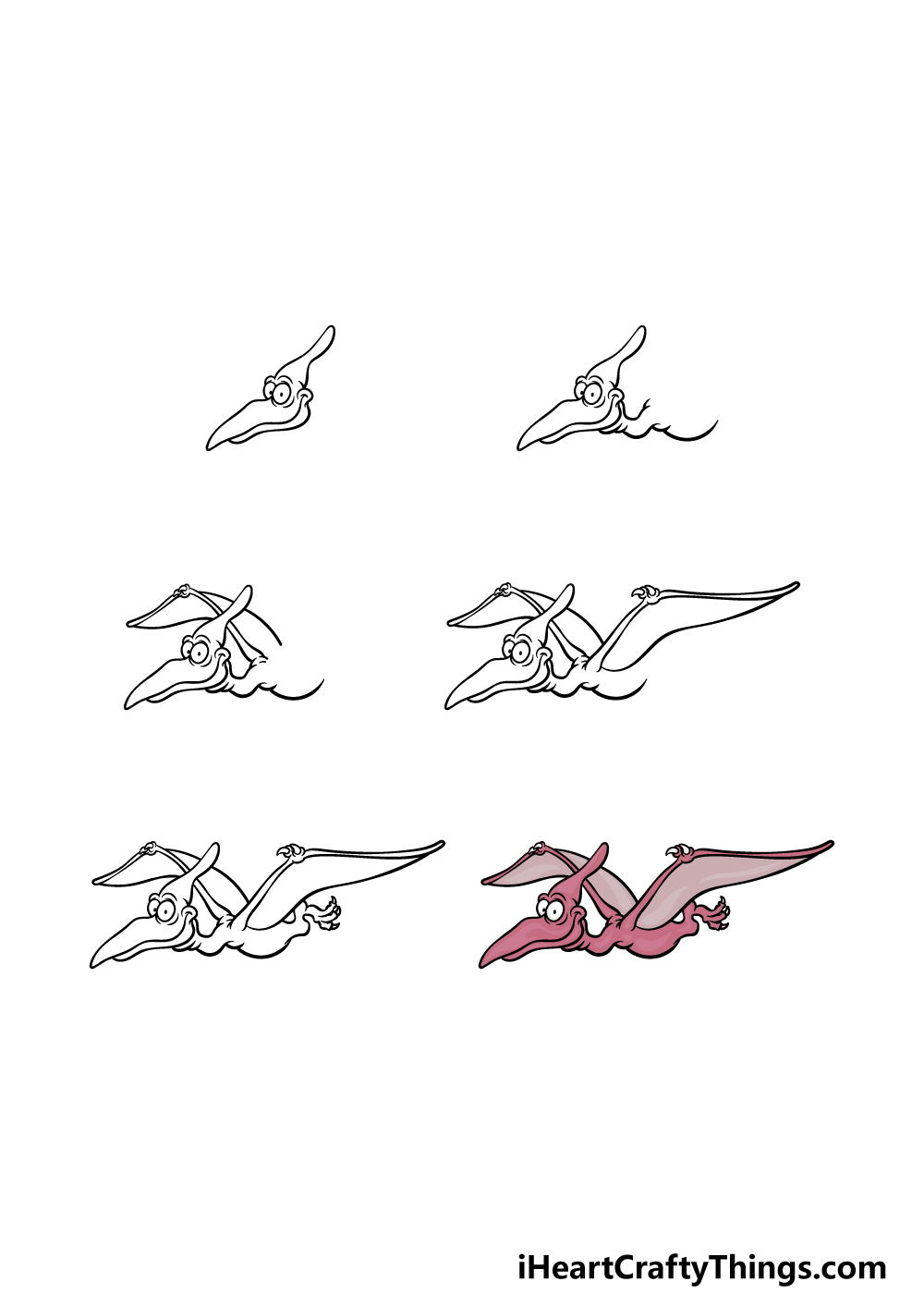 How to Draw A Pterodactyl – Let’s Get Started! 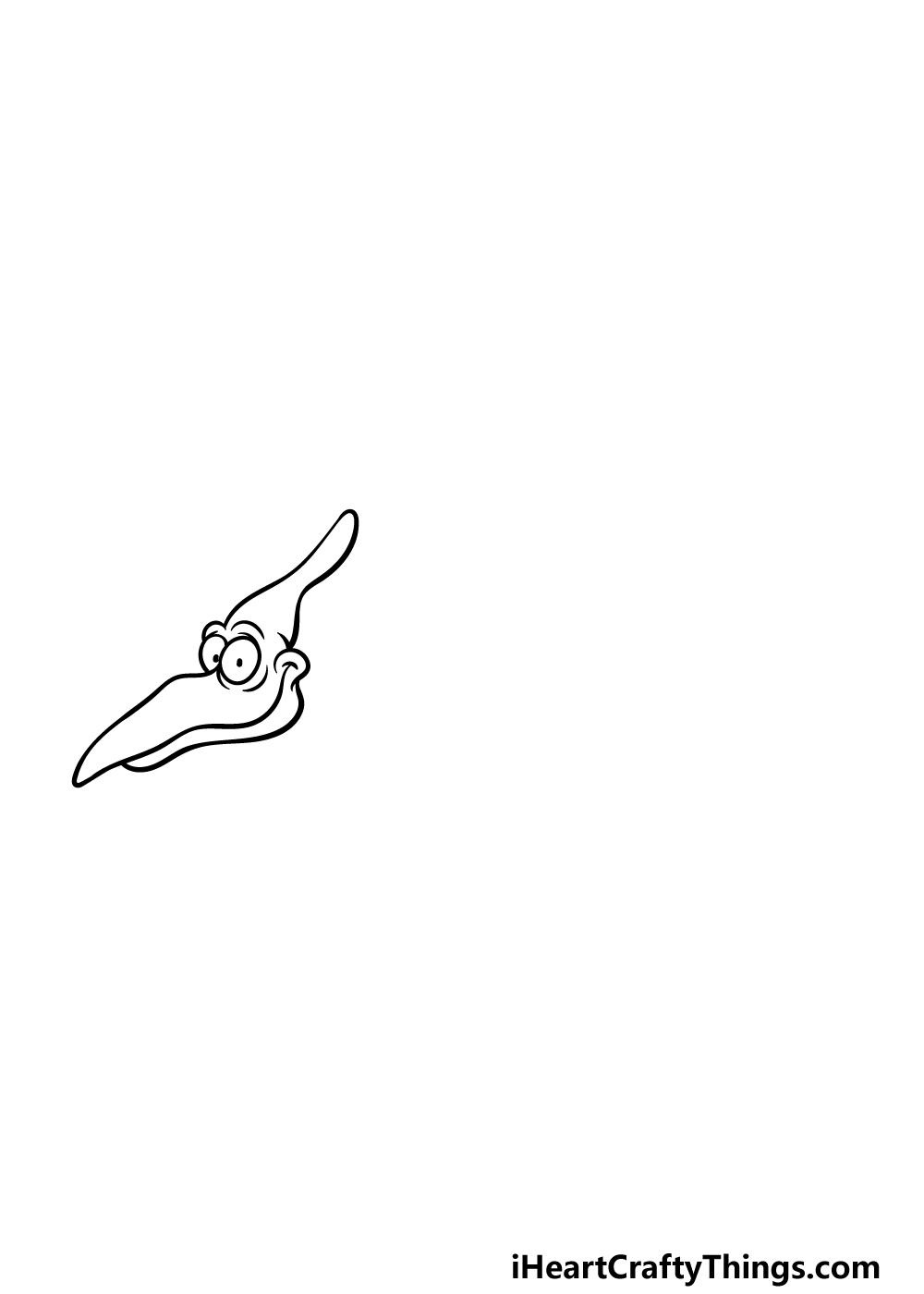 We will be drawing a cute, cartoony depiction of this dinosaur during this guide on how to draw a pterodactyl! To begin, we will draw the eyes.

These can be drawn as two oval shapes that will each have a dot inside. Then, use some curving lines to add a long, thin shape extending back from the eyes.

Then, we will be using even more curvy lines for the long, pointy mouth portion of the pterodactyl. You can also draw a smiling mouth into this section, as shown in the reference image.

Once it looks as it does in our example, you will be ready for the second step of the guide!

Step 2 – Now, draw the neck of the pterodactyl 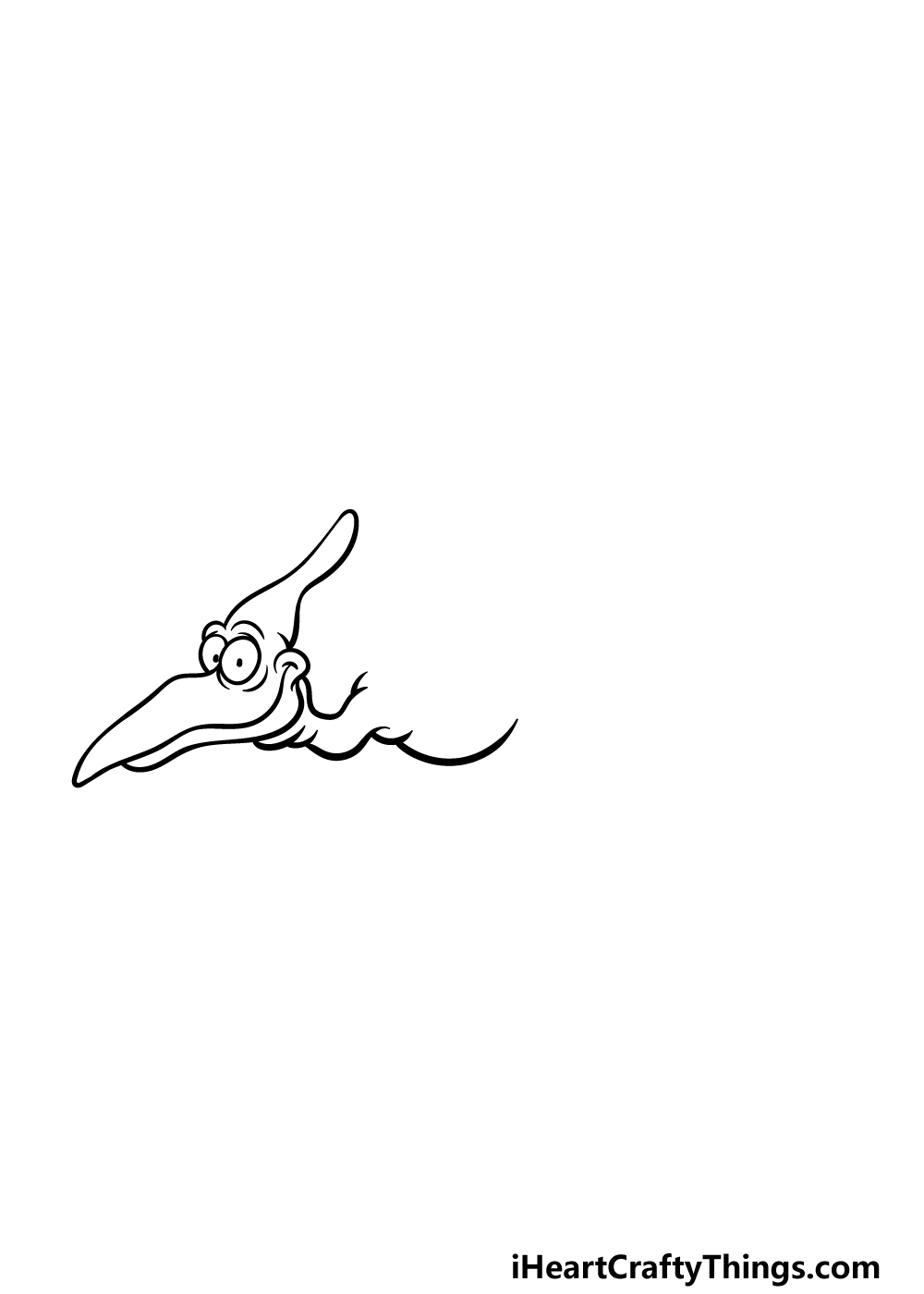 Continuing with this pterodactyl drawing, you can now add the curving neck to this dinosaur.

We will be using lots of smaller curved lines for the base of the neck, and then for the neck itself we will use some longer wavy lines. This will help to make the neck look a bit more gangly.

Once the neck is drawn, we will also be drawing the chest of this pterodactyl.

You can simply use another long curved line coming from the base of the neck for this chest, and once that is drawn we will then head on to the third step of the guide.

Step 3 – Draw the first wing for this pterodactyl 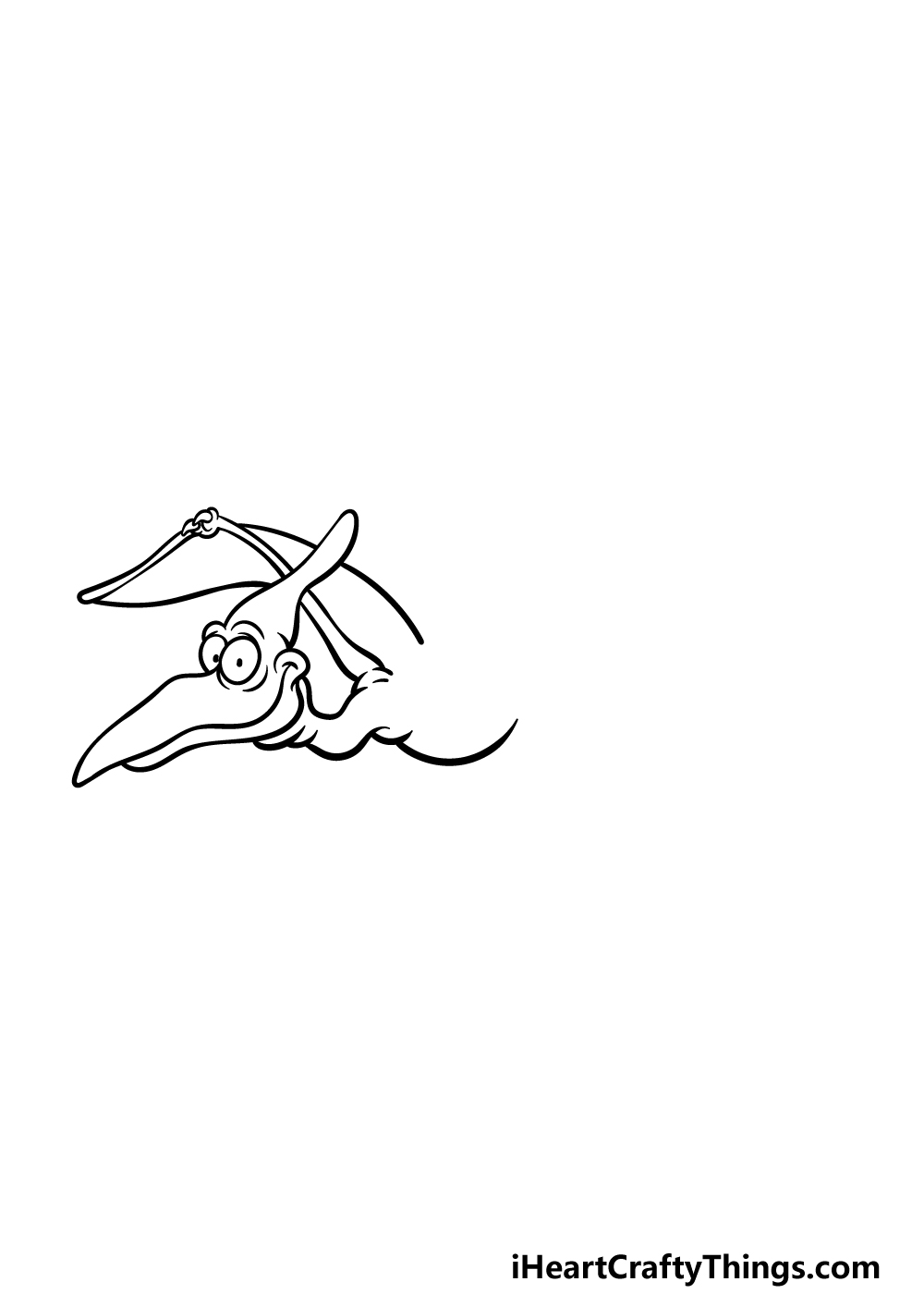 The defining characteristic of this dinosaur is the fact that it can fly, and for that it needs its large leathery wings.

We will be drawing the first of these in this third step of this guide on how to draw a pterodactyl.

The wings of a pterodactyl are not unlike a bat’s wings, and they have a bony outer frame that has a softer leathery portion for the wing itself.

There will also be a small claw section at the upper center of the wing.

Step 4 – Next, add the second wing to this pterodactyl 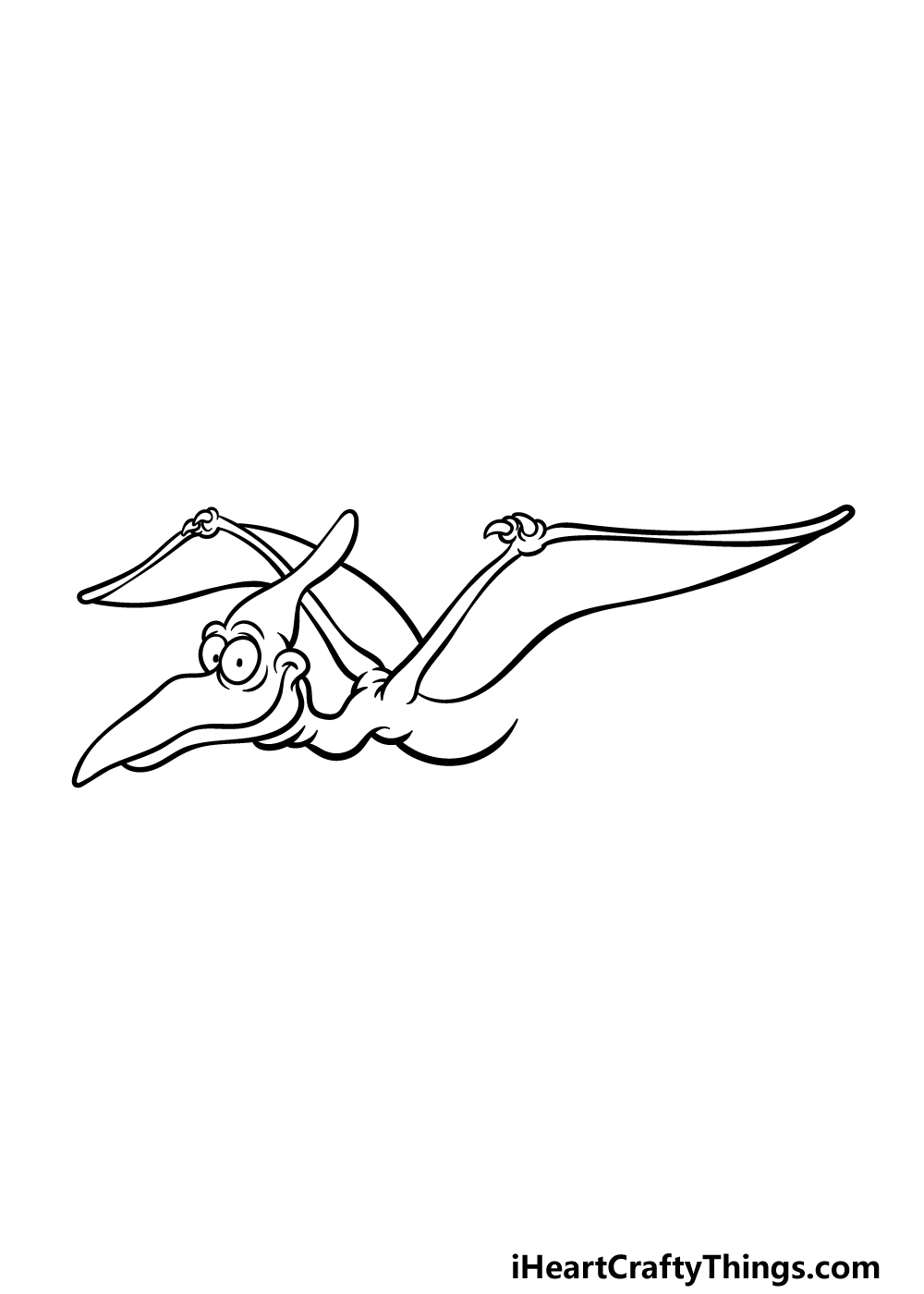 This dinosaur wouldn’t get very far without a second wing, and that is just what we shall add in this step of your pterodactyl drawing.

This wing will be drawn very similar to the first one, with the main difference being that it will look slightly larger due to the perspective.

It will have the same rigid frame on the inner edge, and you can then use a wavy line for the leathery part at the bottom of it.

Finally, add some small, sharp shapes near the upper middle edge for the little claws. Then, you will be ready for the final touches in the next step of the guide!

Step 5 – Add the final details to your pterodactyl drawing 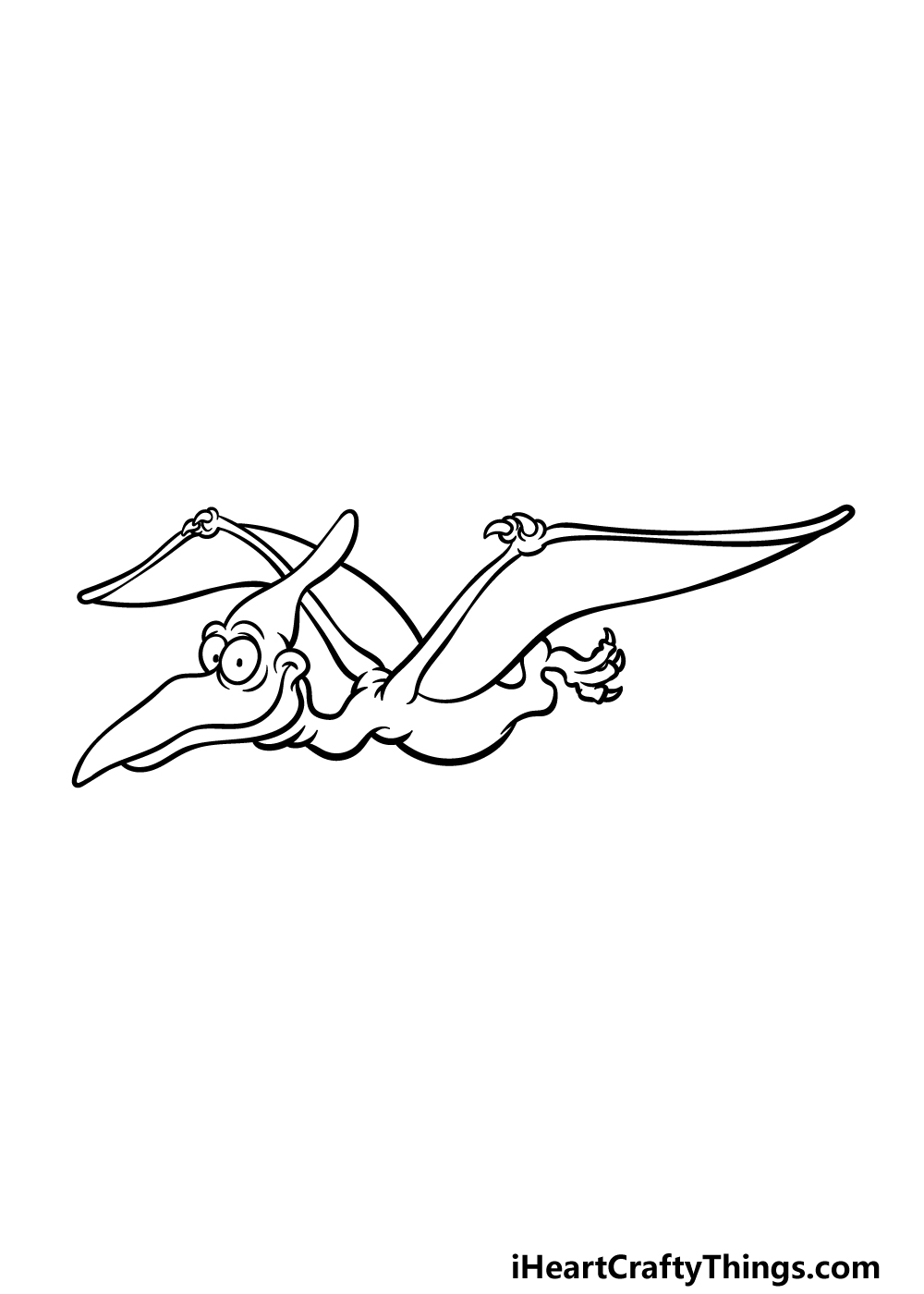 You’re almost ready to finish off your drawing with some color in the final step of this guide on how to draw a pterodactyl, but first we have some final elements to add.

To finish off the drawing, you will be adding the legs of this dinosaur. Use some curved and rounded lines for the first halves of the legs.

Then, draw some thinner rounded shapes to the end for the toes.

These will also have some sharp, pointy claws at the ends of them. That’s all there is to it for this step, but before you move on you can also add some details of your own!

There is a lot that you can do to finish off this image, and a few ideas would be to draw a background or other favorite dinosaurs. What will you do to finish up the image?

Step 6 – Finish off your pterodactyl drawing with color 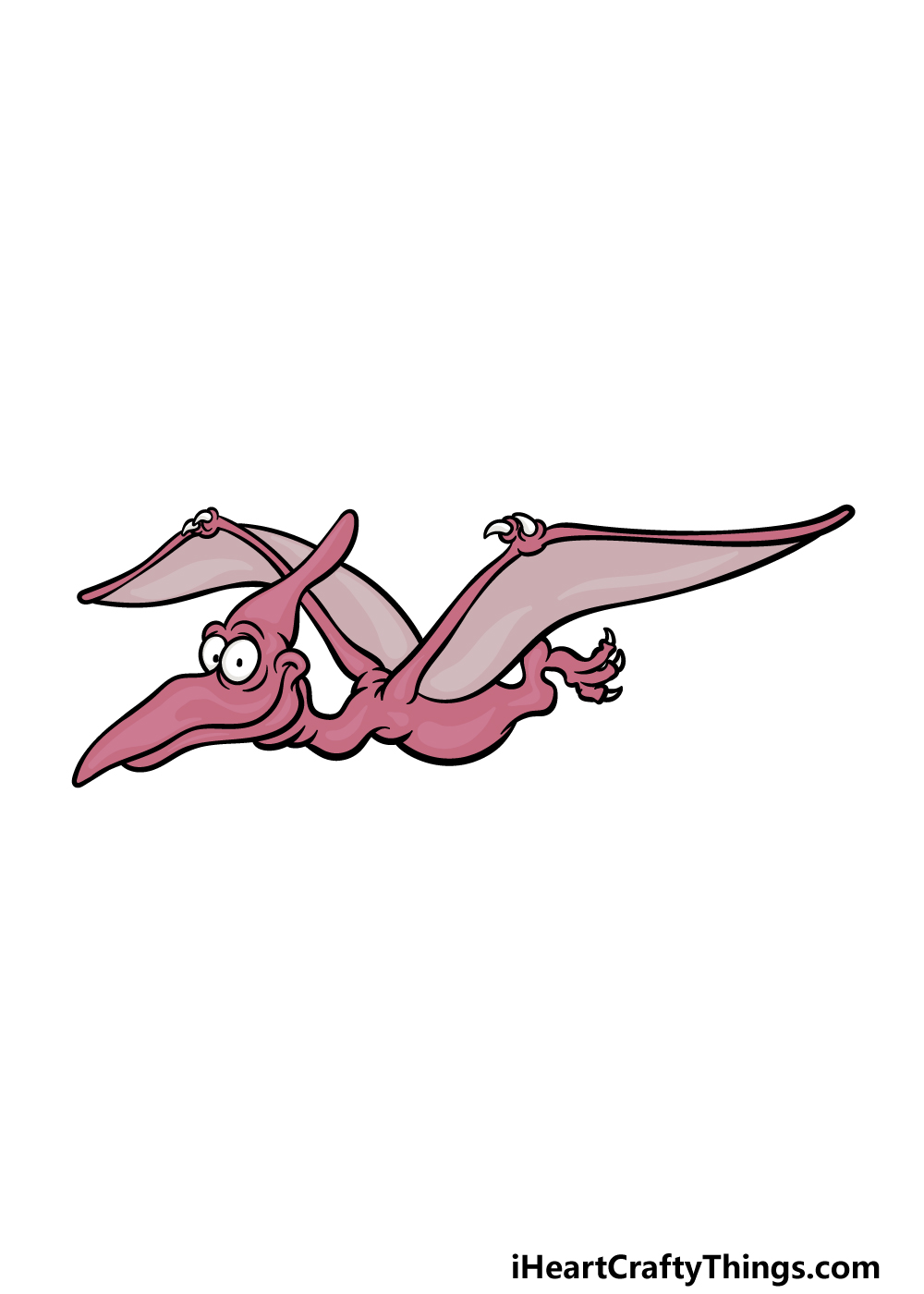 In this final step of your pterodactyl drawing, you will be able to finish it off with some color!

We don’t know for sure what colors dinosaurs would have appeared in, so that gives you many options for how you could color in this awesome dinosaur!

In our example image, we went with a nice pink color scheme for the skin of this pterodactyl.

This is one approach that you could take, but you should also feel free to use any other color choices that you feel would suit this image!

You can also play around with different art mediums to achieve the color choices you decide on. What kinds of colors and mediums will you choose for this image to really finish it off?

Do this to take your pterodactyl drawing to the next level

Go back in time as we make your pterodactyl sketch even better with these 4 ideas!

Many of us would like to see a real pterodactyl, but imagine if you could see more than one! Now that you know how to create a drawing of a pterodactyl, you could add a few more to the picture.

If you were to add some more pterodactyls, they could look really similar to the first one but have a few minor differences to make each one unique.

The only question now is how many pterodactyls would you like to add as friends for this one?

If you want to add some more dinosaurs to this drawing, you don’t need to stick to just pterodactyls. In fact, you could add cartoon versions of any of your favorite dinosaurs!

Whether it’s something big like a T-rex or a diplodocus or maybe something smaller like a velociraptor, it would be great to create a dino entourage for this picture.

What are some dinosaurs you would like to add to this picture?

None of us will ever get to see a real dinosaur, but you could imagine what it would be like by adding a human character to this pterodactyl drawing.

The human character could be drawn in a fun cartoon style as well, but they could also be based off a real person. A good place to strat would be adding yourself to the scene!

You could also recreate famous scenes from dinosaur movies such as Jurassic Park by drawing your favorite characters.

Finally, you can finish off this pterodactyl sketch with a background. One way to do this would be to draw a pre-historic landscape beneath the pterodactyl as it soars through the air.

This could be based on what scientists believe the earth may have been like back then, or you could go for something entirely from your imagination.

If you went with our suggestion of creating a moment from an existing story, then you could use the background to show your favorite scene!

Your Pterodactyl Drawing is Complete!

The dinosaur that we were working on during this guide on how to draw a pterodactyl is truly one of the most beloved dinosaurs today!

It has managed to capture the imaginations of many thanks to its flying capabilities as well as its rather unique look.

We hope that it was a fun experience creating this cute depiction of one of these amazing creatures!

When you have completed all of the steps in this guide, you can keep the fun going by adding your very own cool extra details and ideas.

We mentioned a few ways that you could do this, but now it’s your chance to show us how creative you can be!

This is one of many incredible guides that we have for you on our website. You’ll want to check in often, as we upload new guides frequently for you to enjoy.

Once this amazing pterodactyl drawing is complete, we also hope you will share your creation on our Facebook and Pinterest pages. We can’t wait to see how it turned out! 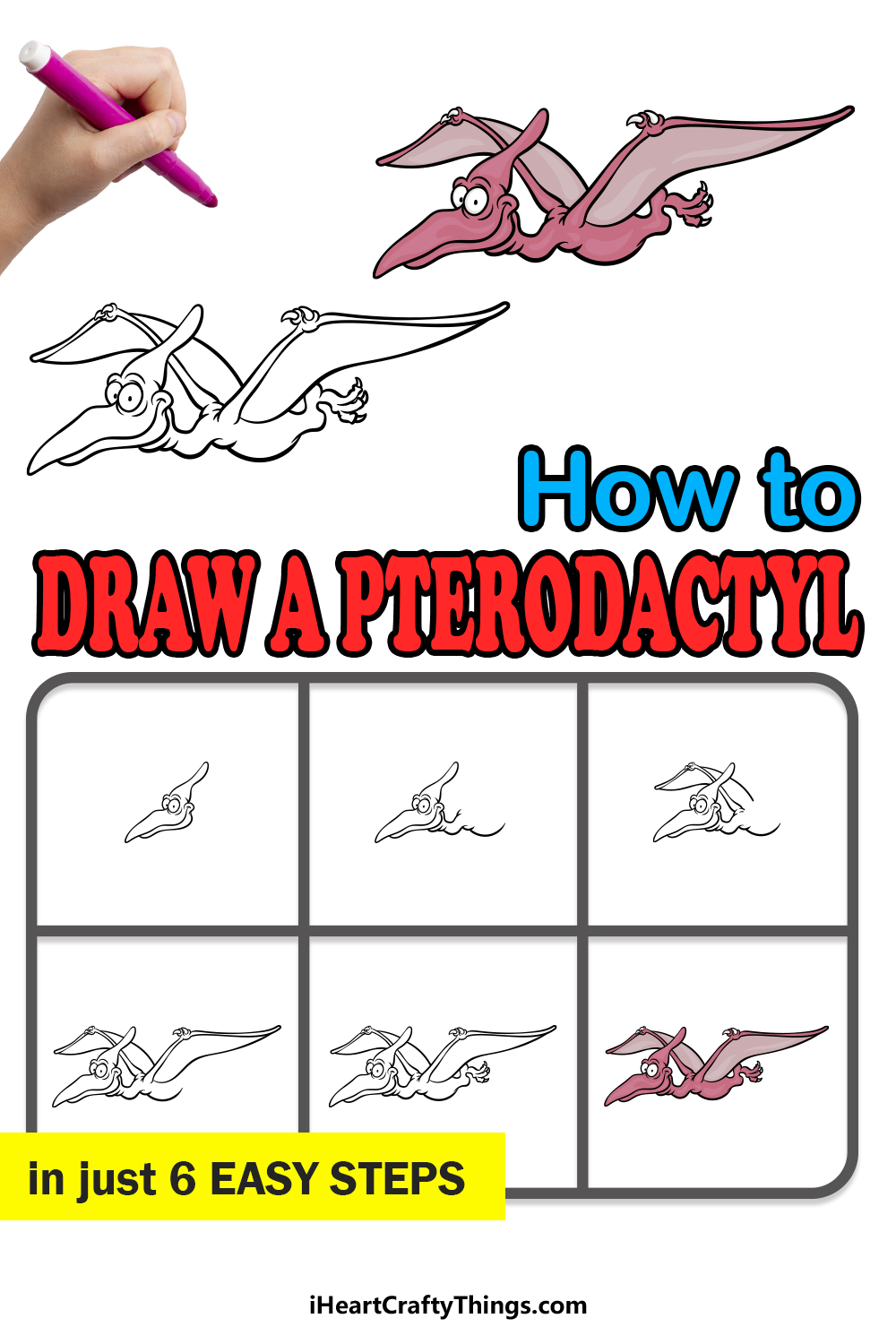 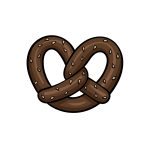 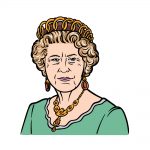