The planet Mars is our neighbor in our solar system, but what some people may not know is that the red dwarf is named after the Roman god of war: Mars.

He was regarded as one of the most important gods in the Roman faith, and he represented military strength and served as a guardian symbol.

He is often depicted as a warrior, and this is the depiction we will be using as we begin this guide on how to draw Mars.

If you would like to know how to draw this god of war, then this is definitely the guide for you!

Our step by step tutorial on how to draw Mars in just 6 easy steps will show you how to create an awesome recreation of this famous god. 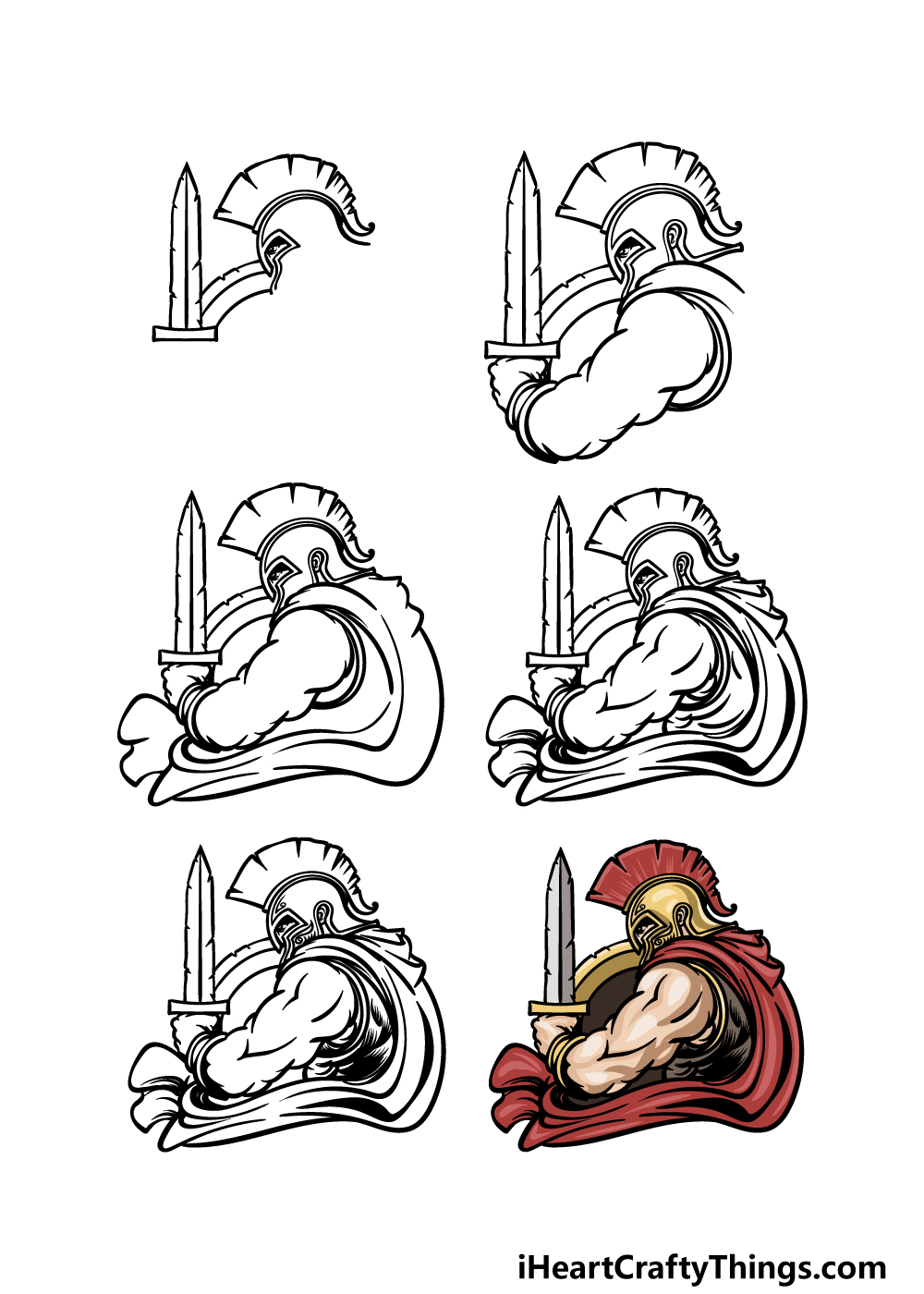 How to Draw Mars – Let’s Get Started! 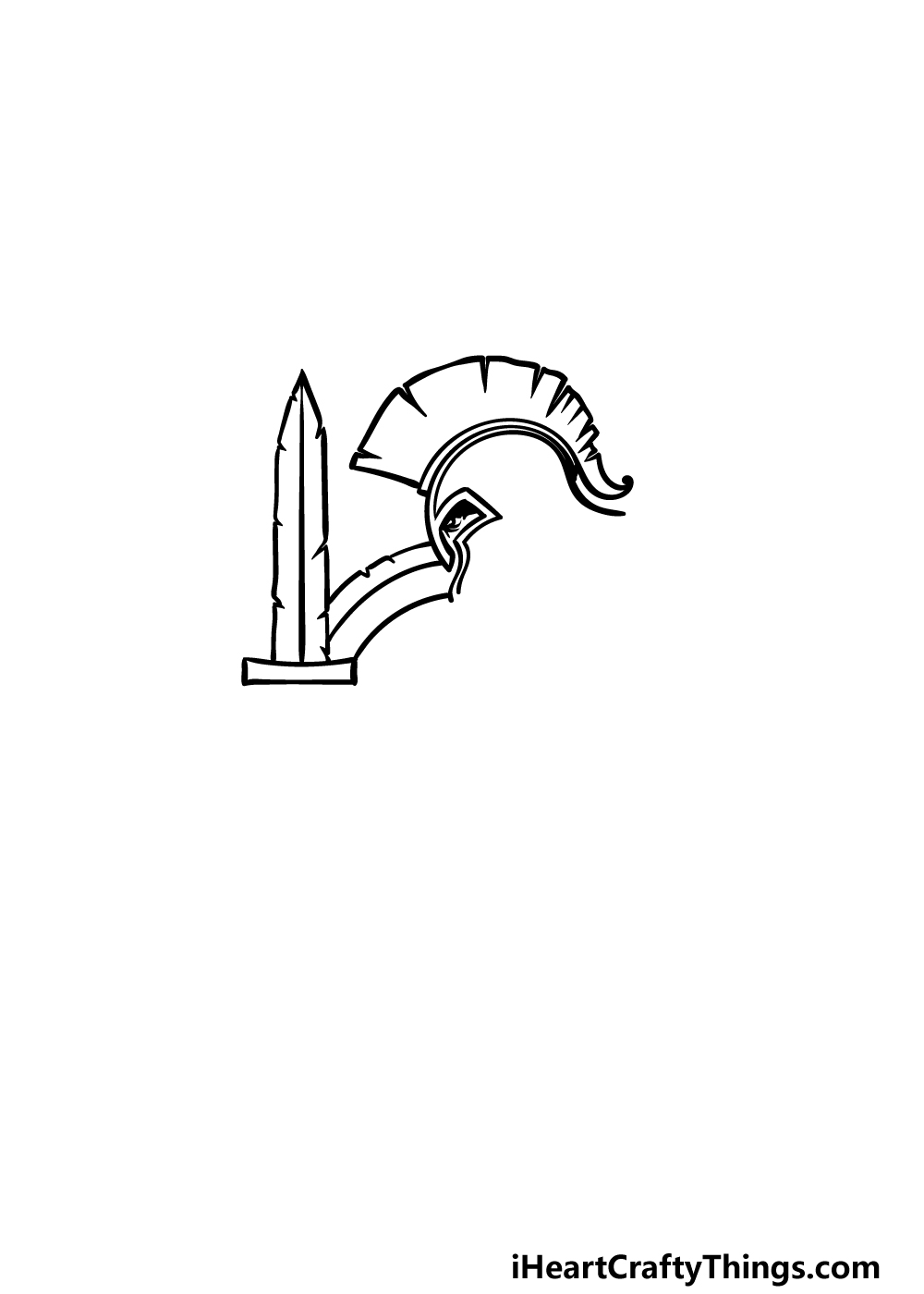 Mars will be kitted out in some traditional Roman war armor in the picture we will be drawing in this guide on how to draw Mars.

To begin, we will be starting with his helmet, sword and shield. Start by drawing a curved line for the top of the metallic section of the helmet.

It will have a rather angular opening that we will be able to see a bit of Mars’s face through. Then, use some straight, jagged lines for the crest on top of the helmet.

Next, use some straight lines for the blade of his sword, and add some nicks to it to make it look nice and battle damaged.

There will also be a thin, rectangular base to it, and then you can finish off this step with some curved lines for his shield.

Step 2 – Now, finish his helmet and draw his arm 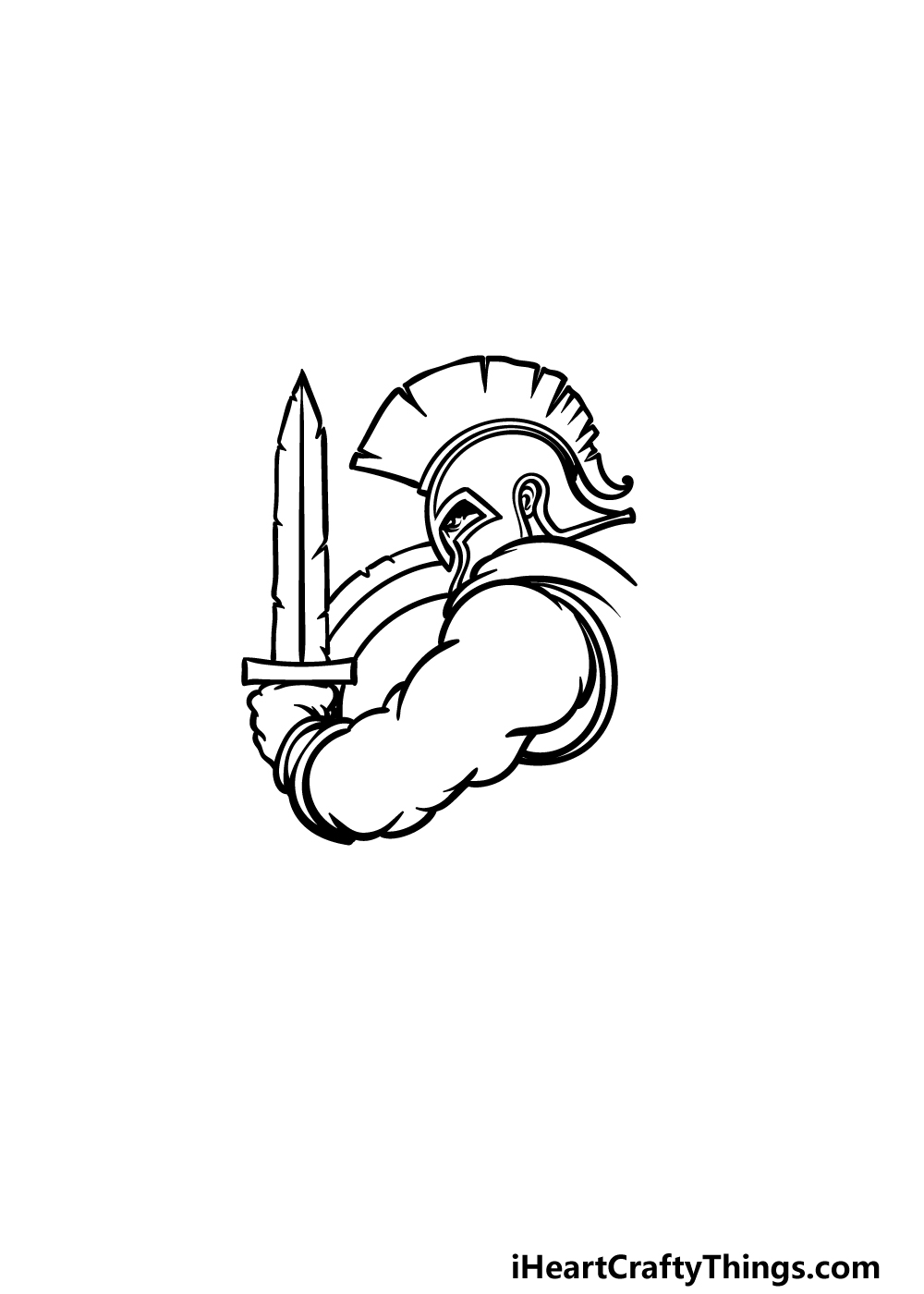 Then we will be drawing the arm that is clutching the sword, and seeing as he is the god of war we shall be making it quite large and muscular.

Use some curved lines to create the large arm as it appears in the reference image, and you can also add a bracer around his forearm.

Finally, finish off this step by drawing his hand clutching the handle of the sword.

Step 3 – Next, draw his flowing cape 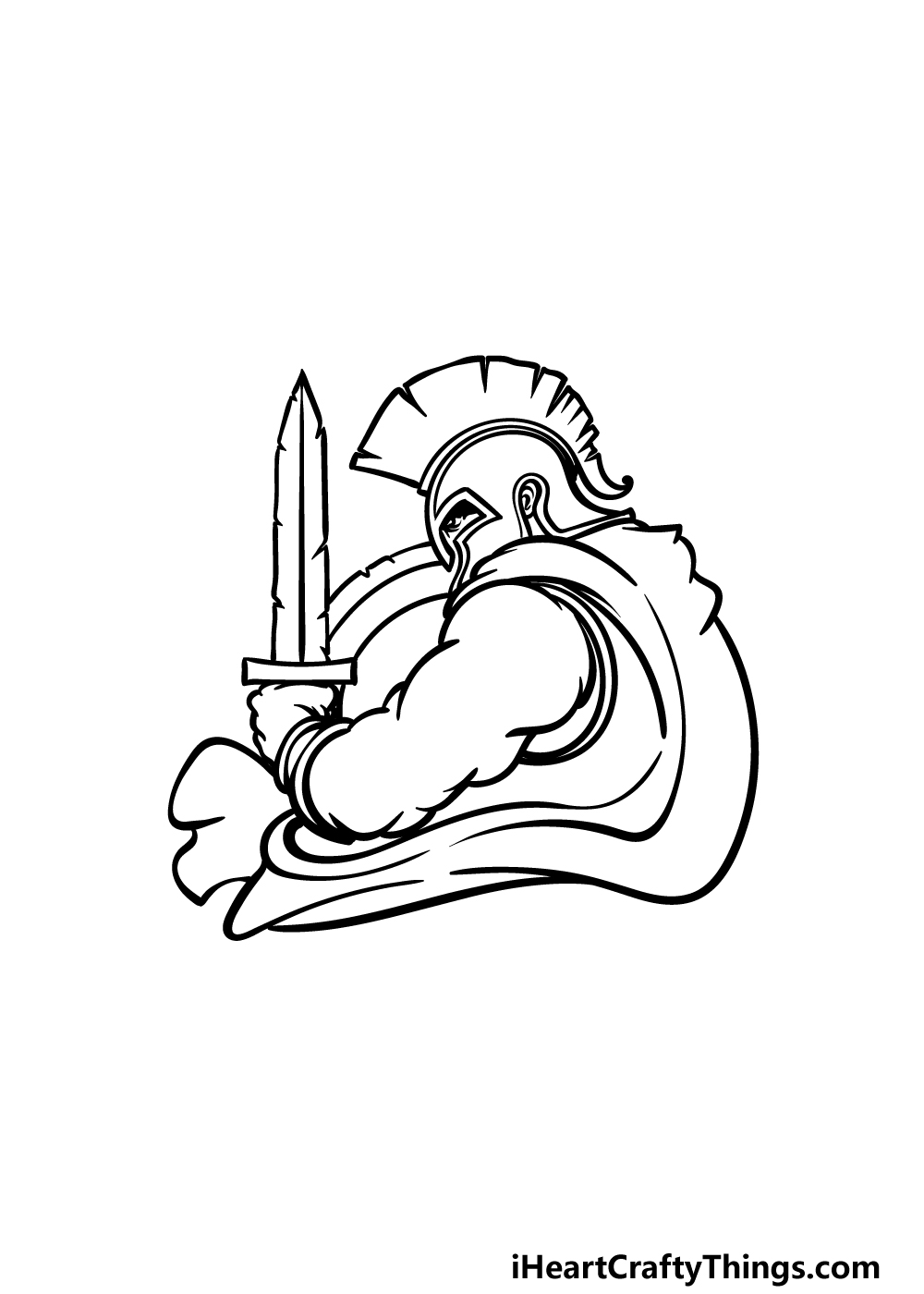 Continuing on with this guide on how to draw Mars, we will be drawing his flowing cape. This can be drawn with lots of curved and rounded lines that start at his back.

The cape will be flowing forward under his arms to create a more dramatic look for it. The reason we are using so many curved line details is to make the fabric of the cape seem more creased and textured.

Once you have drawn this cape, we can then move on to the next step of the guide! 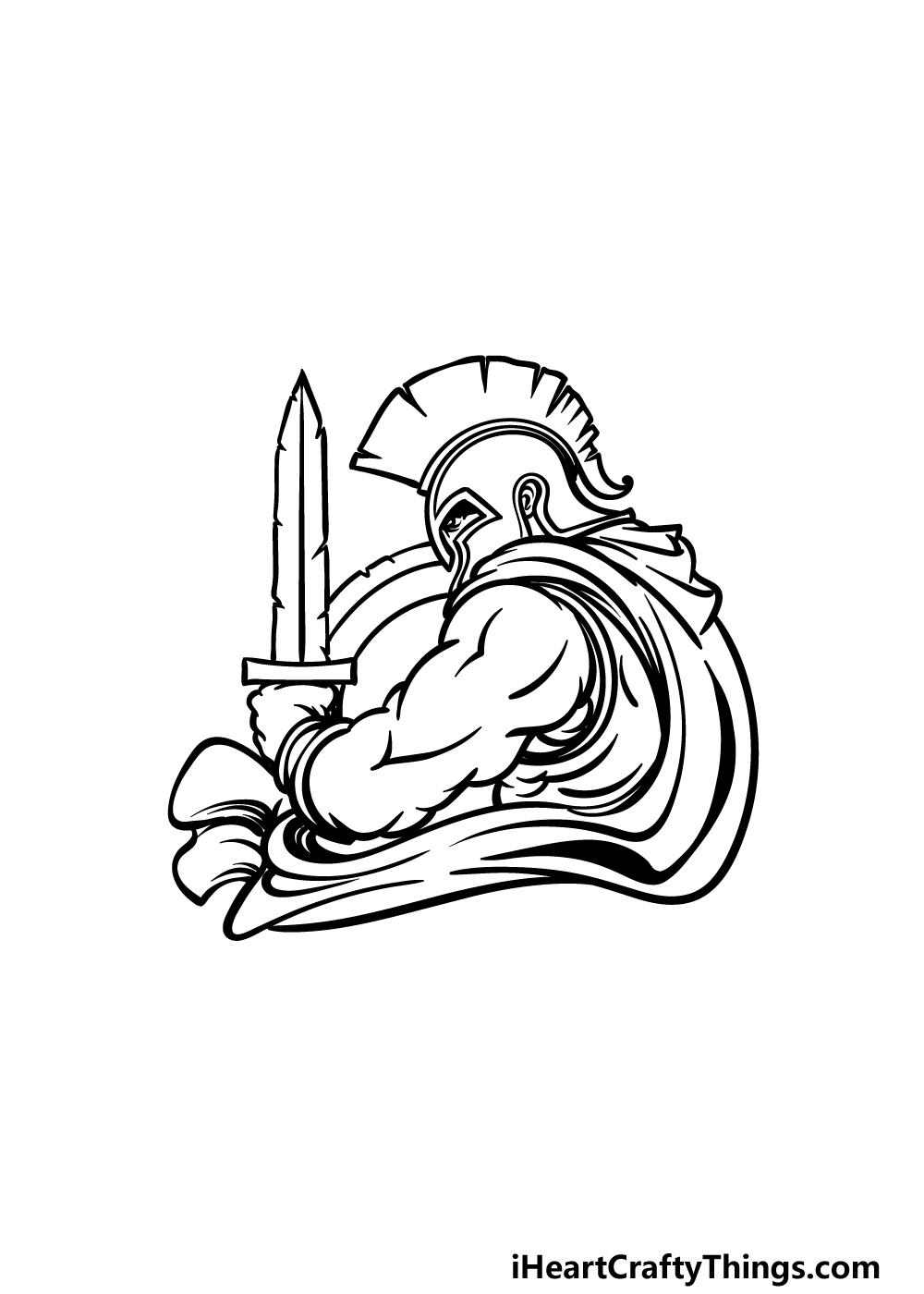 This step of your Mars drawing will see you adding yet more line details to various areas of the drawing. This will again be to create a more textured, realistic look for the god of war.

First, we will add some curved lines onto his arm to create some more muscle definition for it. Then, we will also be adding yet more line detailing to his cape to make it look even more creased.

You can then finish off with some detailing for the visible section of the chest piece of his armor.

Once that is drawn, you will then be ready for some final details in the next step, so let’s proceed when you’re ready!

Step 5 – Add the final touches for your Mars drawing 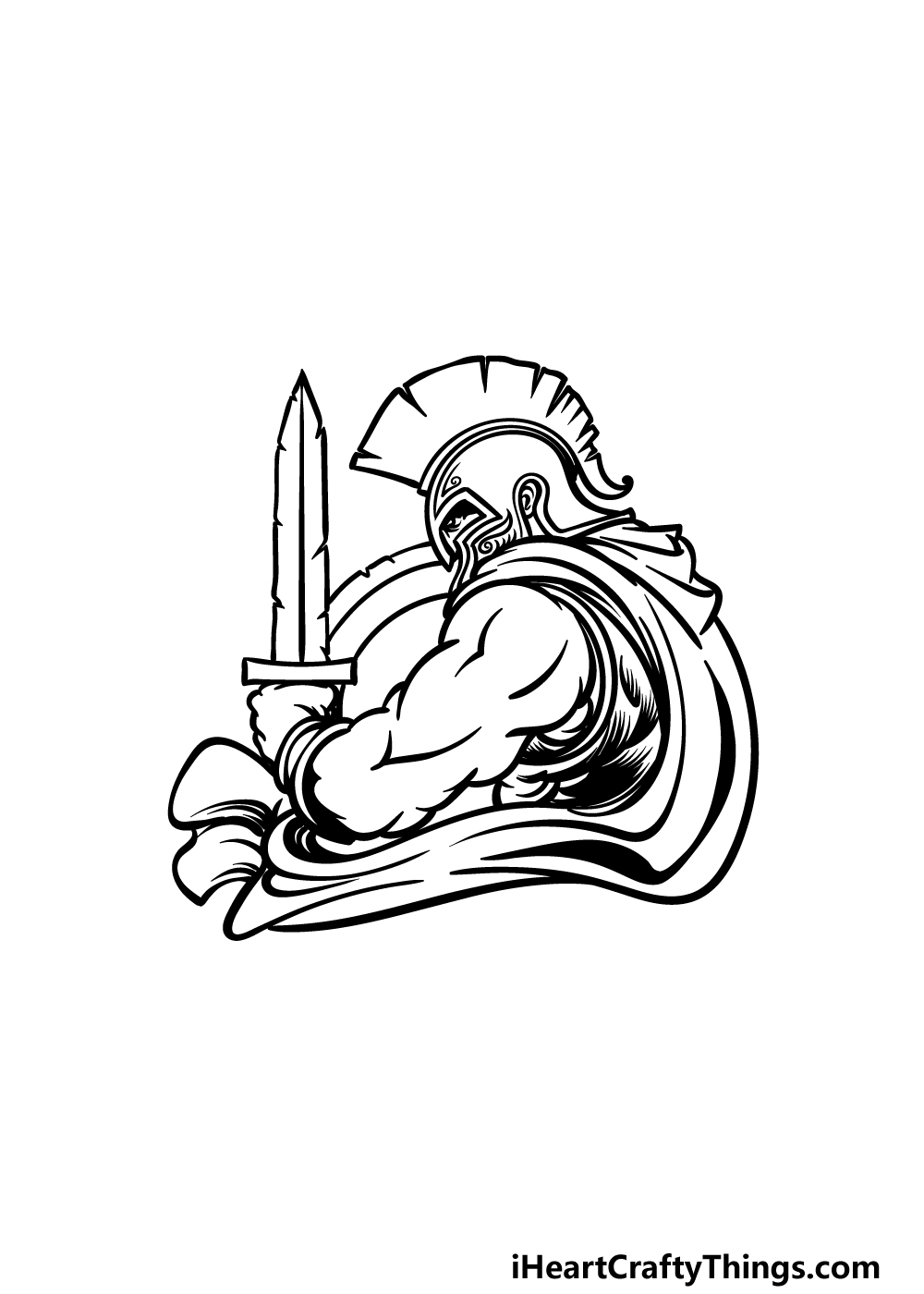 You’re almost ready to add some color to your incredible picture, but first we will be adding some final touches in this step of our guide on how to draw Mars.

The main thing that we will be doing in this step is drawing some shading details for some parts of the drawing.

You can add some of these shading details to his armor and the end of his forearm. Then, we will be drawing some decorative detail for his helmet.

Once you have drawn these elements, you can finish off by adding some details of your own!

Perhaps you could draw an epic battle scene behind him for one idea. What setting would you like to create for your image?

Step 6 – Finish off your Mars drawing with some color 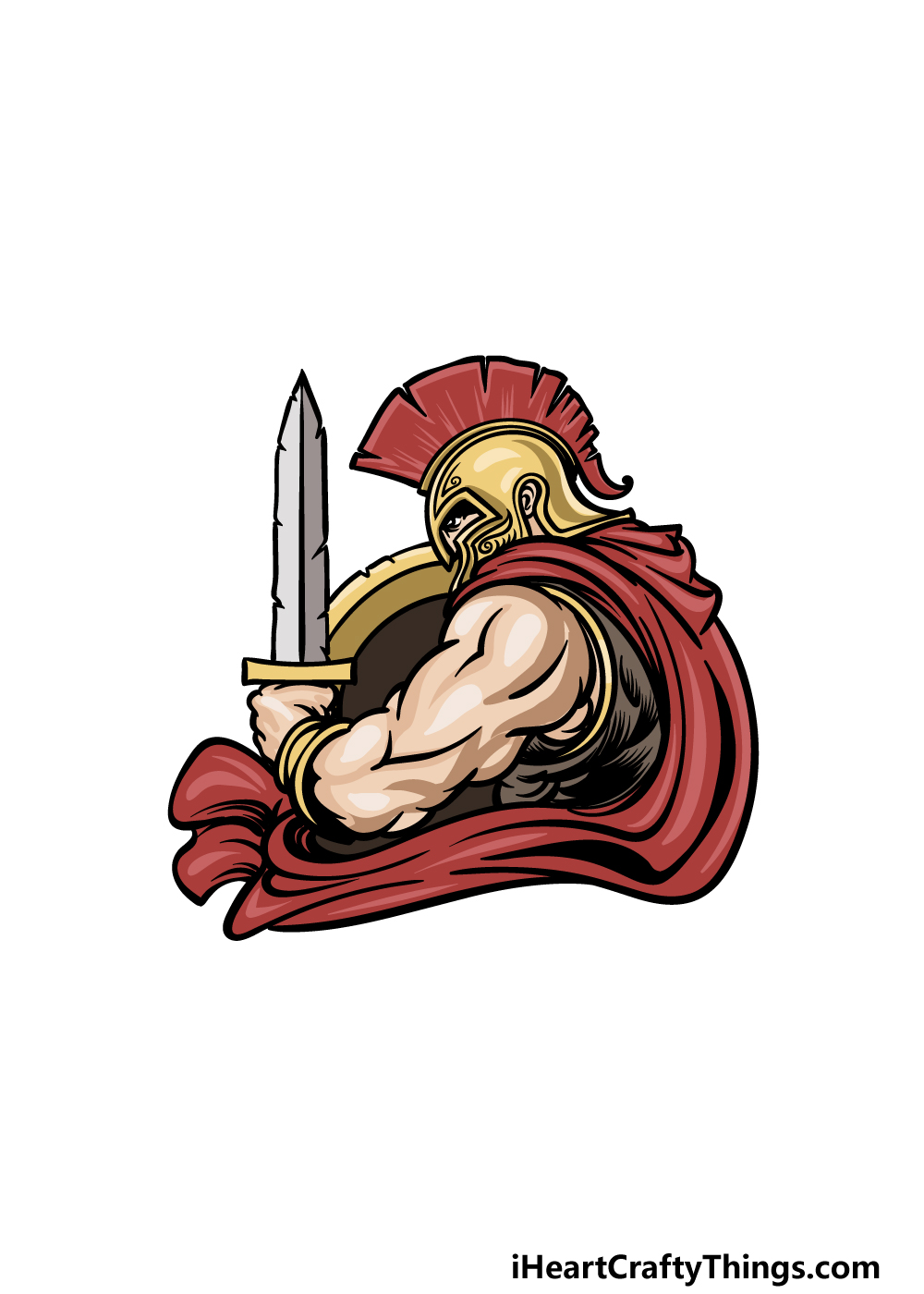 This final step of your Mars drawing will see you finishing it off with some color! In our reference image, we kept with the usual colors for ancient Roman gear and incorporated some reds and golds for his armor, cape and crest.

We also used some shades of brown for the leather aspects of his armor, and you can use our reference picture if you would like these same colors for your picture.

When you know which colors you would like to go for, it’s simply a matter of choosing which art mediums you will use to bring them to life. We cannot wait to see what you decide to go for!

Here’s how you can make your Mars drawing even better…

Make an awesome depiction of this famous god with these tips for your Mars sketch!

This drawing of Mars that we created for this guide shows just a small portion of his design. This looks cool from a compositional standpoint, but you could also draw more of his body!

It could be a bit of a challenge, so you may want to look up some pictures of Roman soldiers to help with the rest of the design.

You could also look up pictures of bodybuilders or athletes with similar physiques.

Doing this would also allow you to try out some other poses as well!

If you’re feeling confident after finishing your take on this character, you could create an epic battle scene by adding some more soldiers. These could be fighting alongside Mars or maybe against him.

This is another tip where we would suggest that you look up some pictures online to help you. You could draw Mars and these additional characters in a simpler art style in order to make it easier.

Once you have all the characters you need for this Mars drawing, you could really complete the scene with a background. This background could be as detailed or as simple as you want it to be.

It could be based on battles in stories you’ve enjoyed or you could create a brand new setting for Mars to be fighting in. Where do you think Mars could be in the midst of battle in this picture?

The god in this Mars sketch is one of many famous mythological gods from around the world. You could show off some more of these characters by adding them to the picture!

Mars is a Roman god, so sticking to other Roman gods could be one way of going about it. Or, you could shake things up by adding gods from other mythologies.

These could include gods from Norse mythology, Greek legends or from Egyptian myths. These are a few examples, but what other mythologies could you use as inspiration?

Your Mars Drawing is Complete!

That will conclude this mighty guide on how to draw Mars in 6 steps!

We hope that recreating this god of war was no battle for you, and that by following the steps that you were able to focus on the fun of creating without frustration.

As long as you follow the steps laid out for you and take it slowly then you’ll be able to complete this drawing in no time!

Once you have completed the drawing, it will be your turn to take over and show us what you can do.

Whether you add to it by drawing a background, adding some details or getting creative with your colors and art mediums, we know you will do a great job!

When you’re ready to try out a new picture, you can find your next drawing guide on our website. This vast collection of guides grows larger often, so be sure to keep checking in! 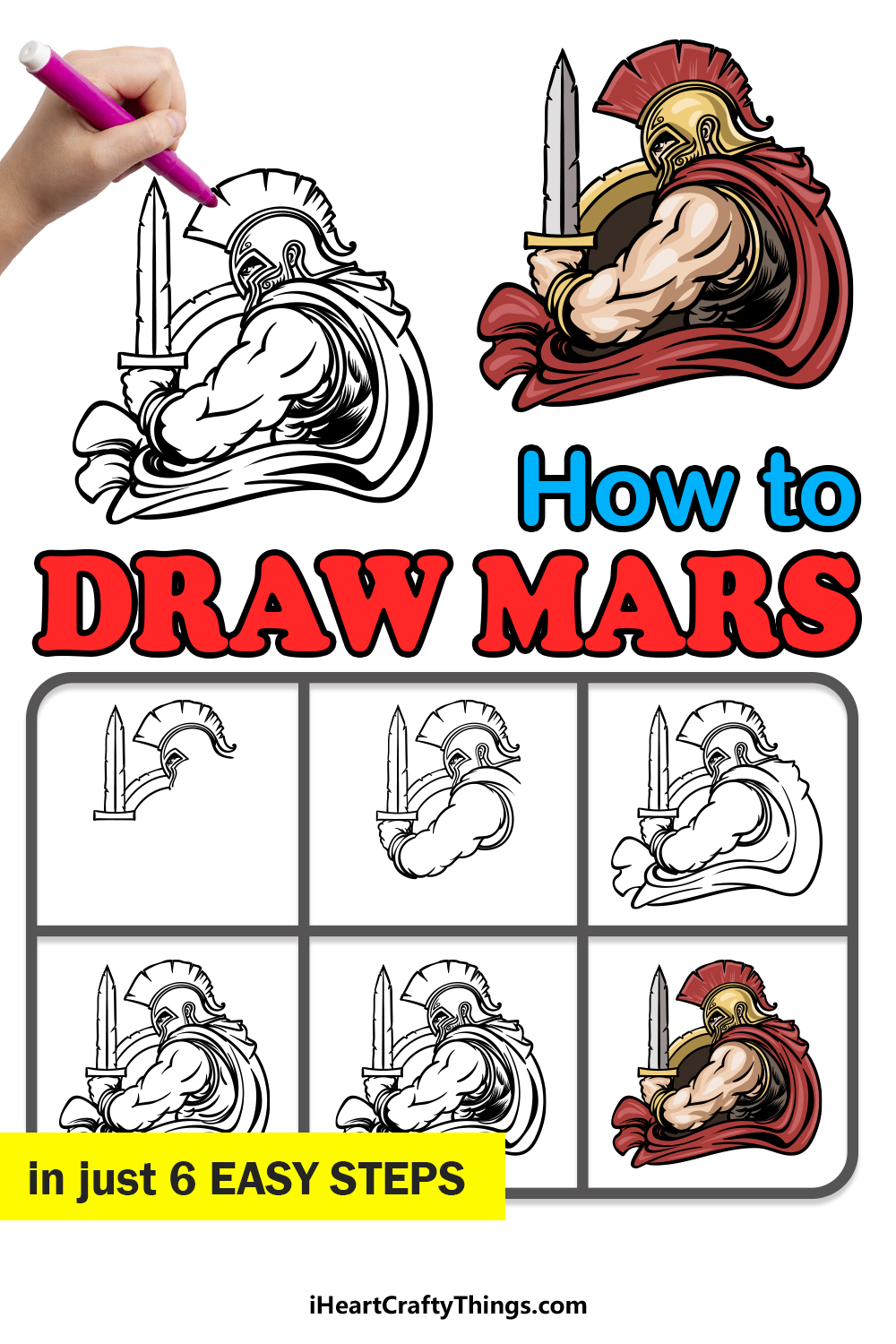 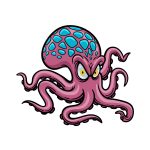 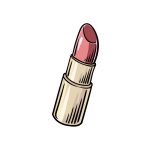