There are many perils to fear when traversing the open waters of the ocean. From storms to water spouts and rogue waves, there is plenty to keep sailors on their toes.

In the past, sailors believed in the fearsome Kraken; a giant squid that was said to pull ships down to the depths.

This legendary creature isn’t feared anymore, but it still shows up in films, books, video games and other media to this day. Learning how to draw the Kraken is a great way to tribute this fearsome monster of legend!

This guide is the one to be on if you would like to find out how it is done.

Get ready for smooth sailing as we work through this step-by-step guide on how to draw the Kraken in just 6 easy steps! 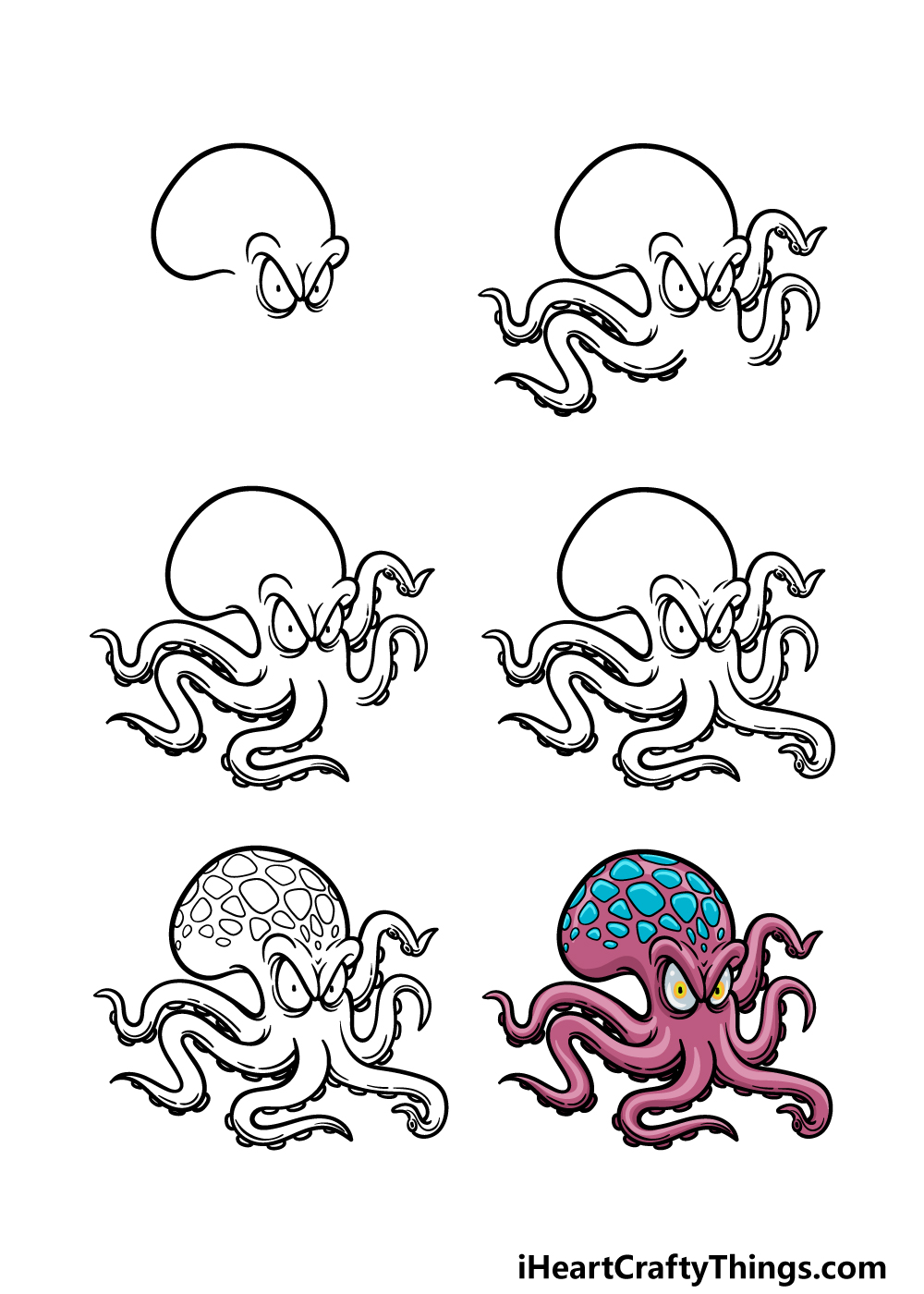 How to Draw The Kraken – Let’s Get Started! 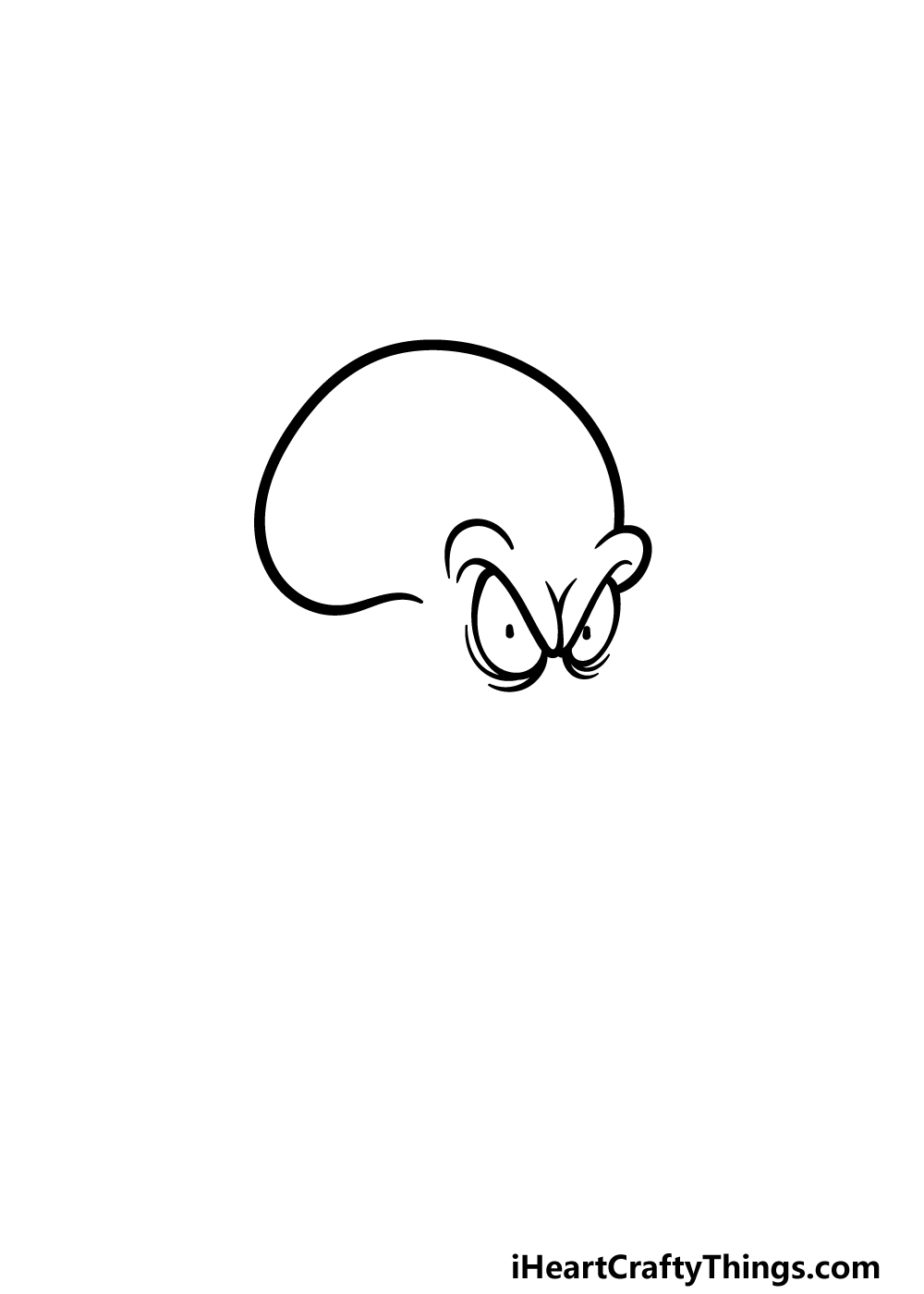 For this guide on how to draw the Kraken, we will be portraying a cartoon drawing of the monster. With this in mind, we can start by drawing the head of the beast.

We will be giving this Kraken a big, round head, and you can draw it by using a curved, rounded line. This will create a head that is so unwieldy that it flops down to the side a bit.

Once you have drawn this head shape as it appears in our reference image, we shall draw some angry eyes for it.

Use some curved lines for the eyes, and we will be using these lines to give it the serious expression that we display in our image.

Finish off with some line details beneath it, and then we can move on to step 2.

Step 2 – Now, draw some tentacles for the Kraken 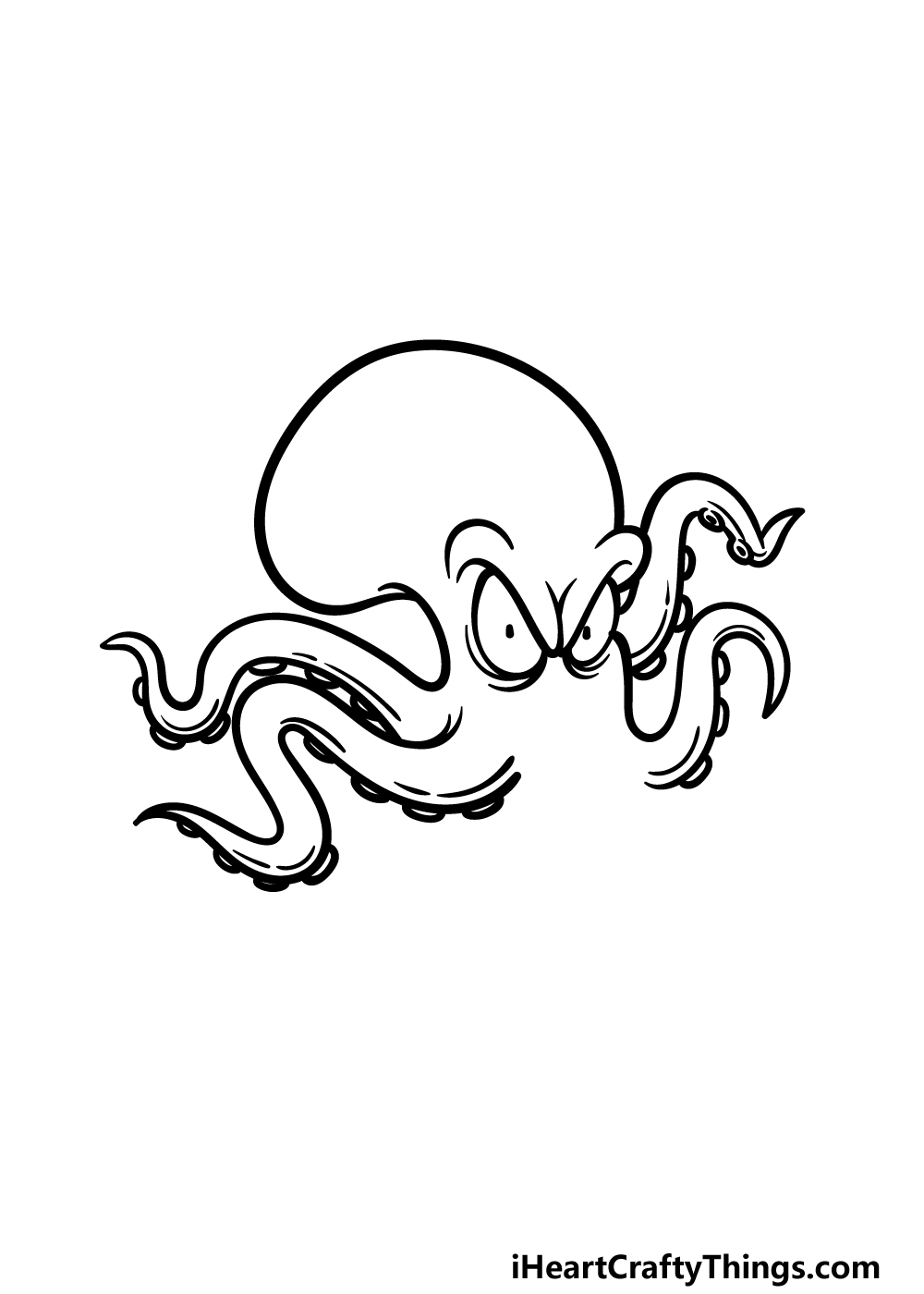 What would the Kraken be without its tentacles? Let’s start adding some to your Kraken drawing in this next step.

As you may imagine, we want these tentacles to be quite wavy and floppy. For now, we shall simply be drawing four of the tentacles; two on the left and two on the right.

There will be an empty space at the base of the Kraken, but we will fill that in later.

For now, use some wavy lines to create the tentacles, and be sure to have a pointy tip at the end of each one.

Then, finish them off by adding some small, rounded shapes along the bases of them for the suckers of the tentacles.

Step 3 – Next, draw another tentacle for the Kraken 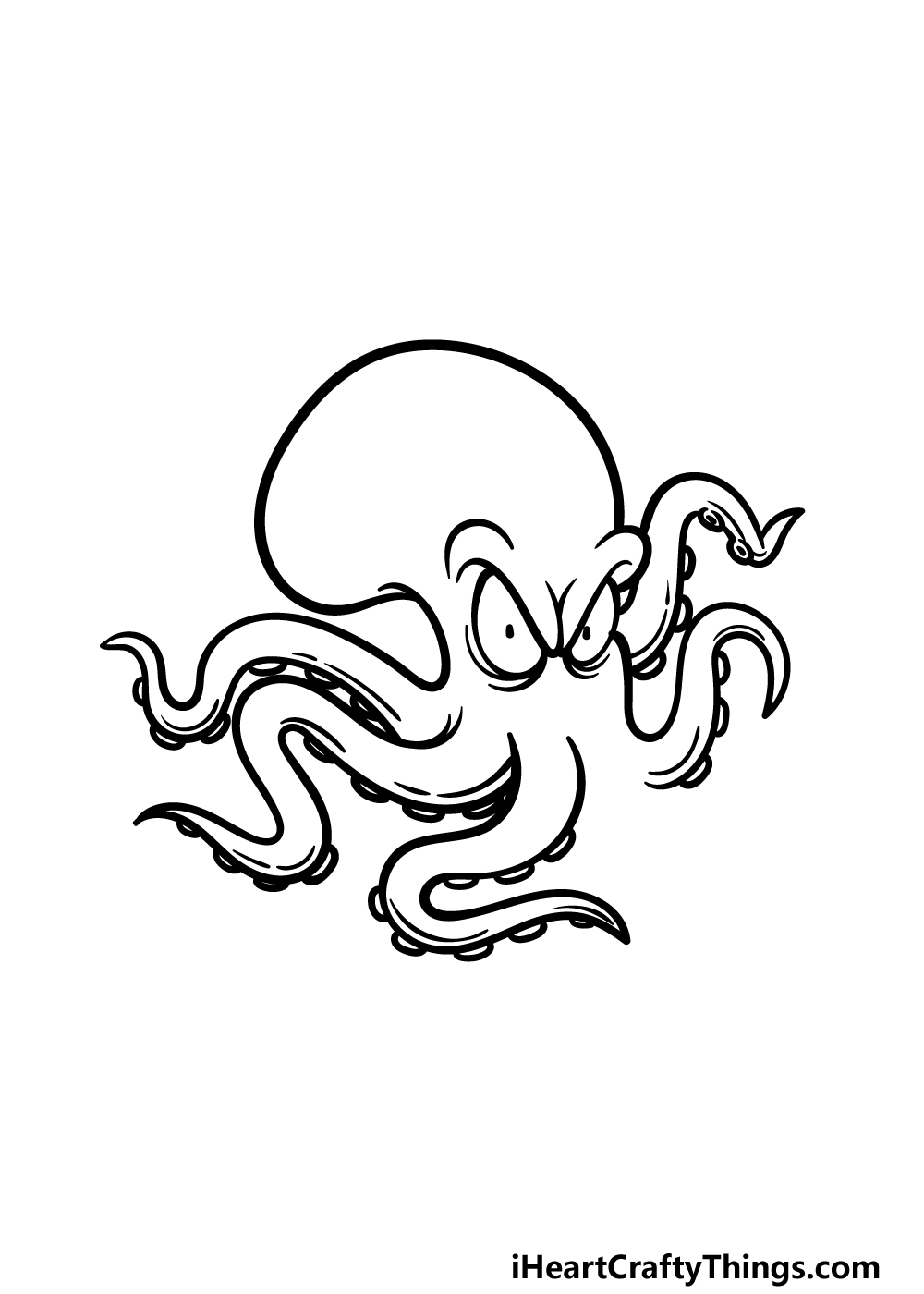 Continuing on with this guide on how to draw the Kraken, we shall add another tentacle to the mix.

This tentacle will start to fill in the space at the base of the Kraken, and like the other ones it will be wavy with some small, round suckers on them.

Once this tentacle is drawn, we will have one more to add along with some final touches in the next few steps!

Step 4 – Finish off the final tentacle for the Kraken 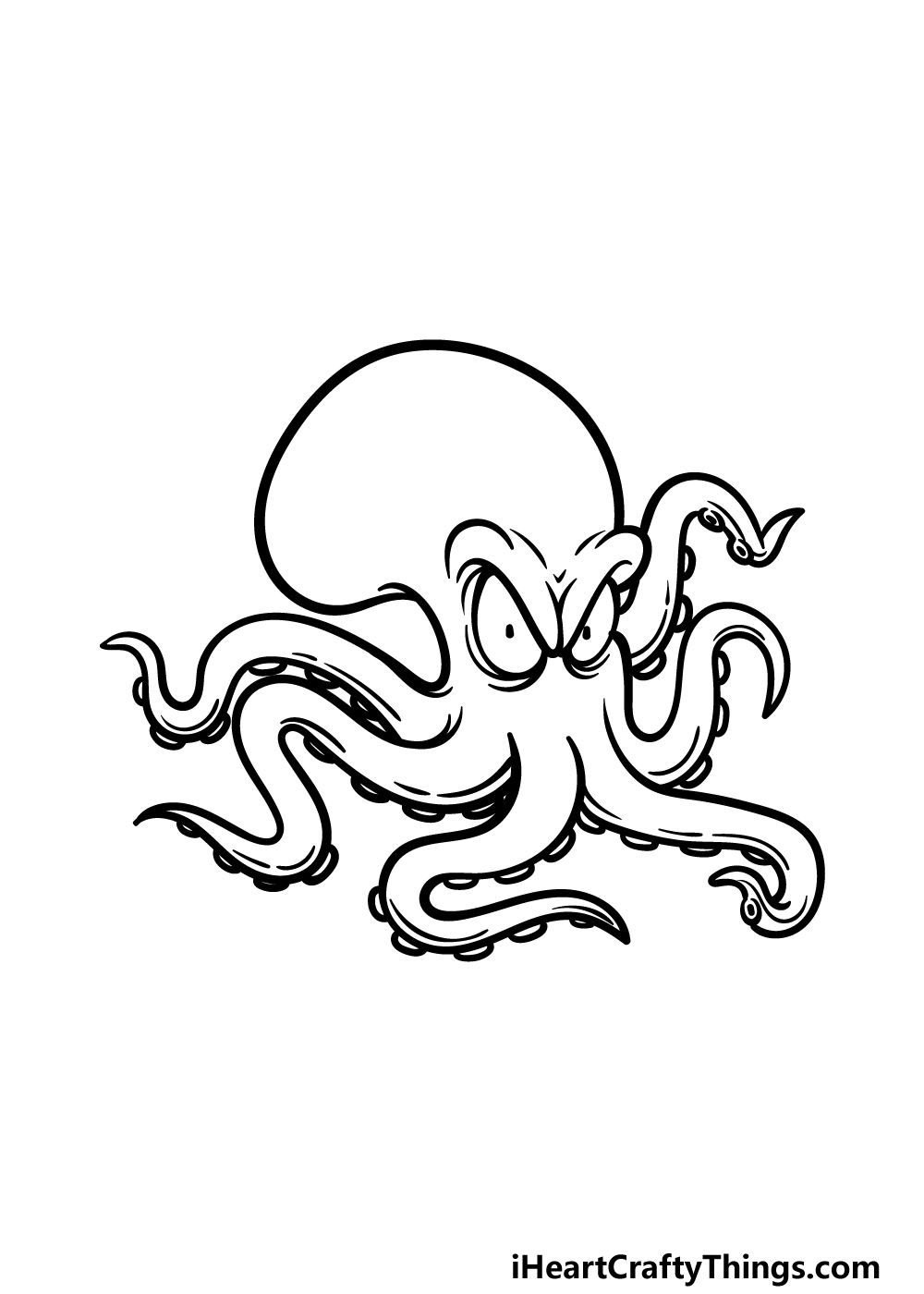 We will be adding the final tentacle for this Kraken drawing in this step.

This last one will fill in the final space left at the bottom of the Kraken, and it will take the same form as all the others that you have drawn. With that tentacle drawn, you have finished the outline for the Kraken.

Before you move on to the final details in the next step, you can also add some simple lines over the eyes to further emphasize the angry expression for this Kraken.

Step 5 – Add the final touches for your Kraken drawing 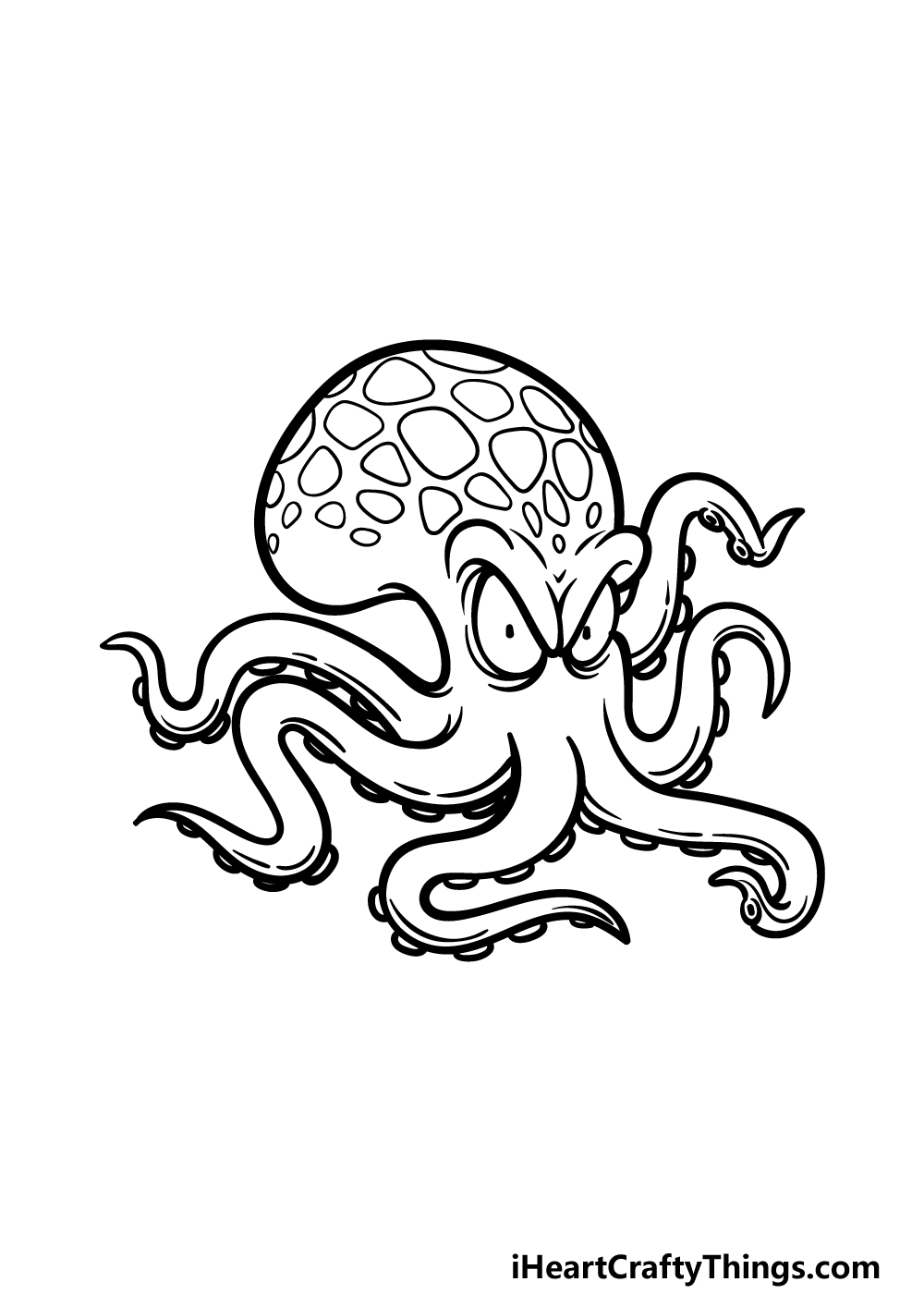 It will soon be time to color this sea monster in, but first we have some final details to add in this step of our guide on how to draw the Kraken.

For these details, start by adding some small, rounded spotty shapes onto the head of the Kraken. You can replicate them as they appear in our reference picture, but you could also change up these details if you wish!

Once these details are drawn, you’re ready for the final step! You could also add some fun details of your own, however.

Perhaps you could draw this Kraken in the ocean with an unfortunate ship sailing nearby.

Can you think of any other details or background ideas to add to this image? We would be curious to see what cool ideas you can come up with!

Step 6 – Finish off your Kraken drawing with some color 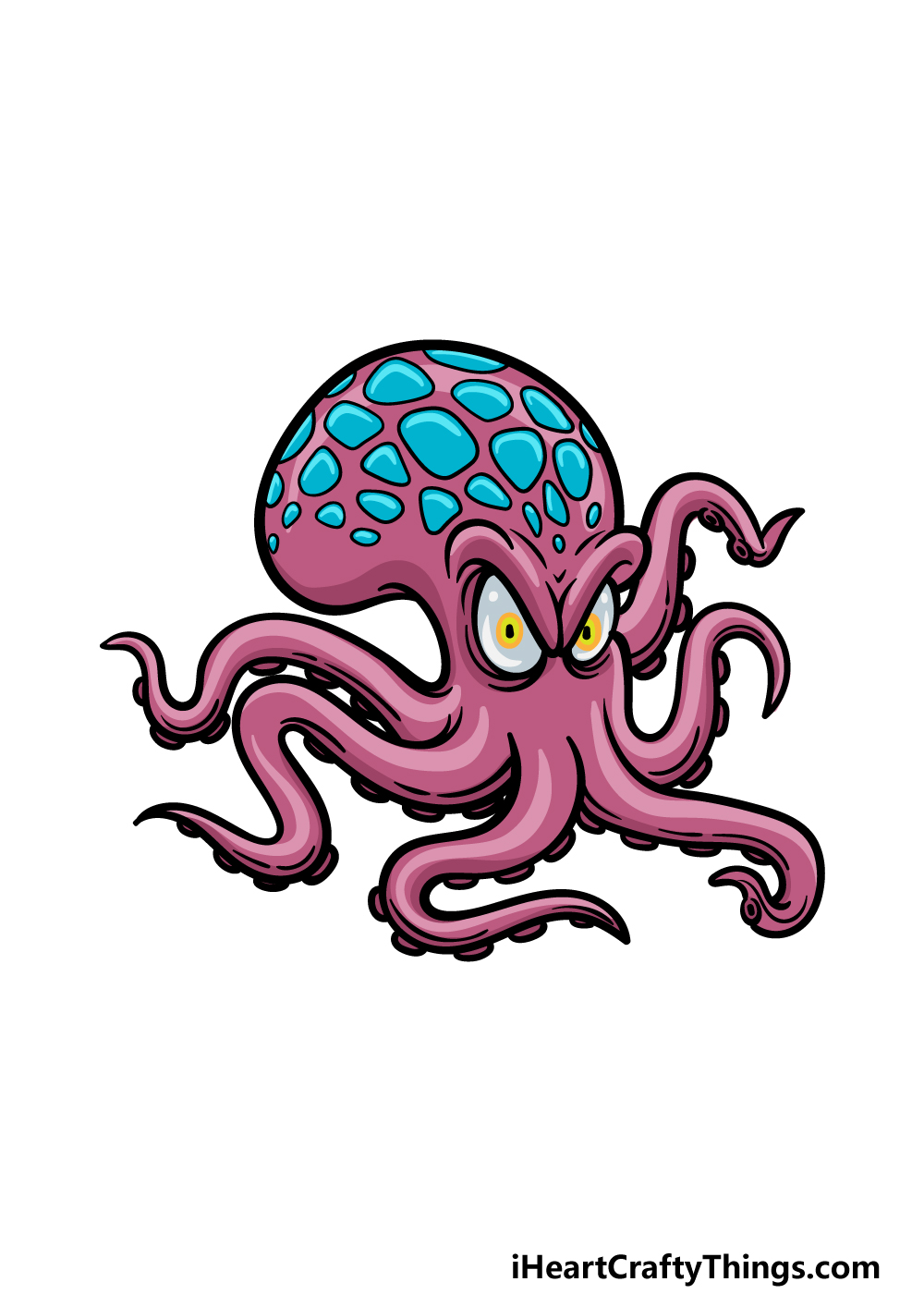 This is the final step of your Kraken drawing, and this one will see you finish it off with some color! The good news is that you could use any colors you can imagine to complete this Kraken.

In our reference image, we provided just one example of how you can color it in. We used some shades of purple for the body while offsetting it with some blue for the spots.

Then, we used some bright yellow for the pupils to give it an even more intense look.

These are the colors we picked, but what colors do you think would suit it? Will you go for a similar color scheme to ours or one that is entirely unique?

Have fun experimenting with colors and art mediums and see what happens!

Here’s how you can make your Kraken drawing even better…

Recreate this famous sea monster with these tips we have for your Kraken sketch.

This drawing of the Kraken is colored with a mix of purple and blue, and these colors look great!

If you wanted to personalize the drawing with different colors, that is something you could get really creative with.

This could include substituting one of the colors or going for a completely unique color scheme that is completely different from the ones we used.

Don’t be afraid to try out different art tools and mediums as well, as these can help to make the colors look more unique.

For that reason, we think it would be great to add another sea monster. This could be a giant squid or maybe a monstrous shark, for a few ideas.

You could either use a sea monster that has appeared in existing stories or create a brand new one of your own design!

Speaking of encountering a sea monster, that is something else you could draw into this Kraken drawing. This could be done by adding a ship that is unlucky enough to encounter this sea monster.

What kind of vessel would you like to show going up against the Kraken?

Taking the previous step even further, we would also recommend adding a background for your Kraken sketch. This could be done whether you decided to add any other characters or not!

It would make this drawing even more dramatic if the Kraken was sitting in a stormy ocean with the waves raging around it.

If you did add something like a ship, then you could build a whole scene by adding a background.

You could also add details like islands into the background!

Your Kraken Drawing is Complete!

That will conclude this guide on how to draw the Kraken!

We tried to design a really fun cartoon interpretation of this monster, and we also aimed to make it so that it would be easy to draw with no frustration.

Hopefully this goal was achieved and you had an amazing time working with us on this guide!

Once it’s complete, you get to take the wheel of this creative ship by adding your own final touches.

Whether you add a background, some additional details or experiment with colors and art mediums, there is a lot you can do to bring this image to life. There are no wrong answers, so have fun letting your creativity flow!

You can also find some more fun drawing guides on our website! We have a huge variety of guides and upload new ones frequently, so be sure to keep checking in.

We would love to see this terrifying Kraken when it is finished, so please share your Kraken drawing on our Facebook and Pinterest pages for us to see! 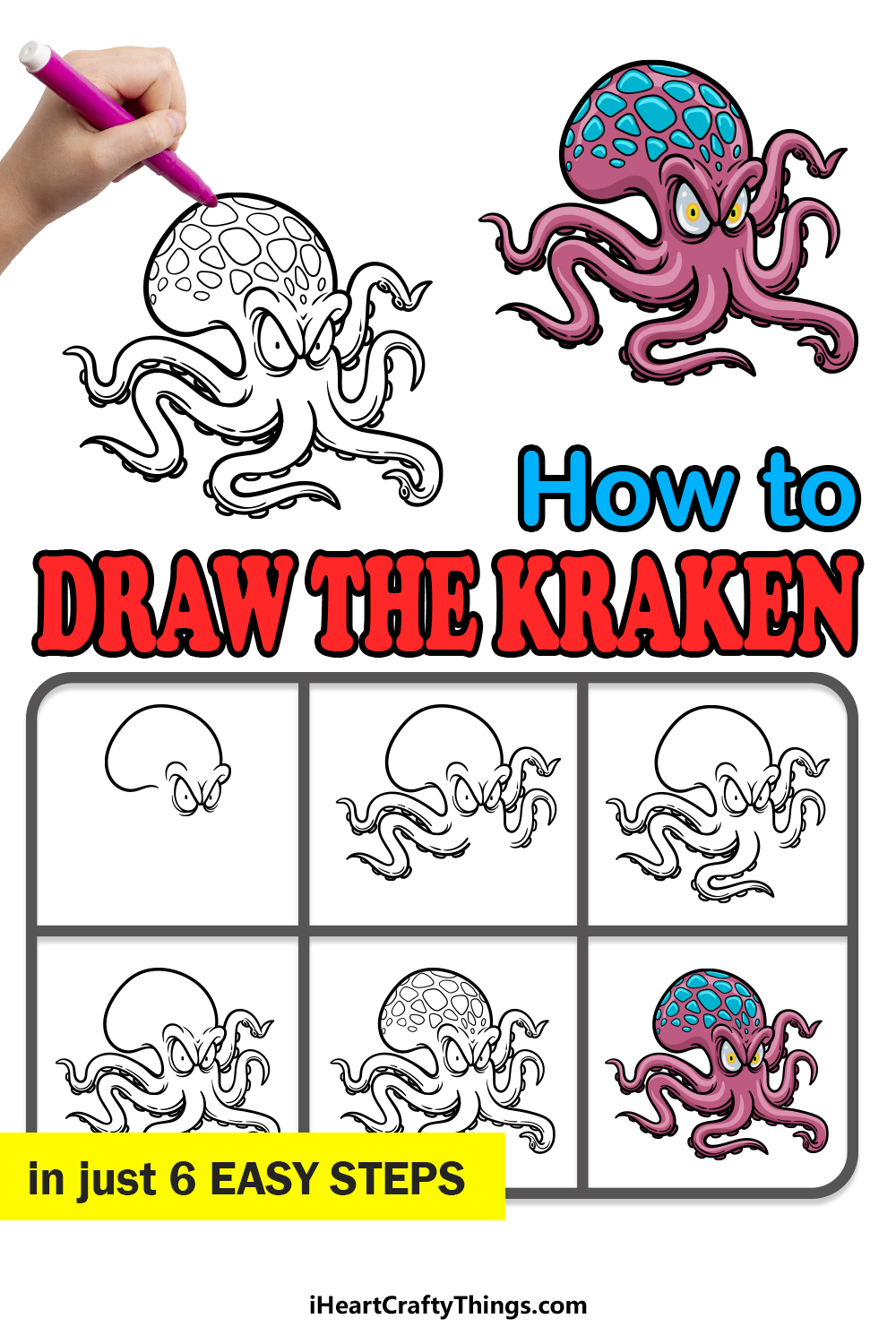 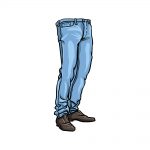 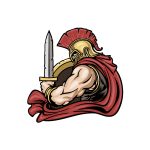