There are many incredible mythical creatures in the various myths and legends from around the world.

Some of these are certainly more famous than others, but it would be hard to find one more well-known than the mighty dragon!

Dragons appear in many different stories and myths from around the globe, and they have appeared in countless stories, books, films and more. Learning how to draw a flying dragon is a great way to capture the wonder of this mythical beast.

This is the tutorial for anyone wanting to know more about this fantastic creature! You’ll definitely want to see this one all the way to the end.

Our step-by-step guide on how to draw a flying dragon will show you how to easily replicate this incredible mythical beast. 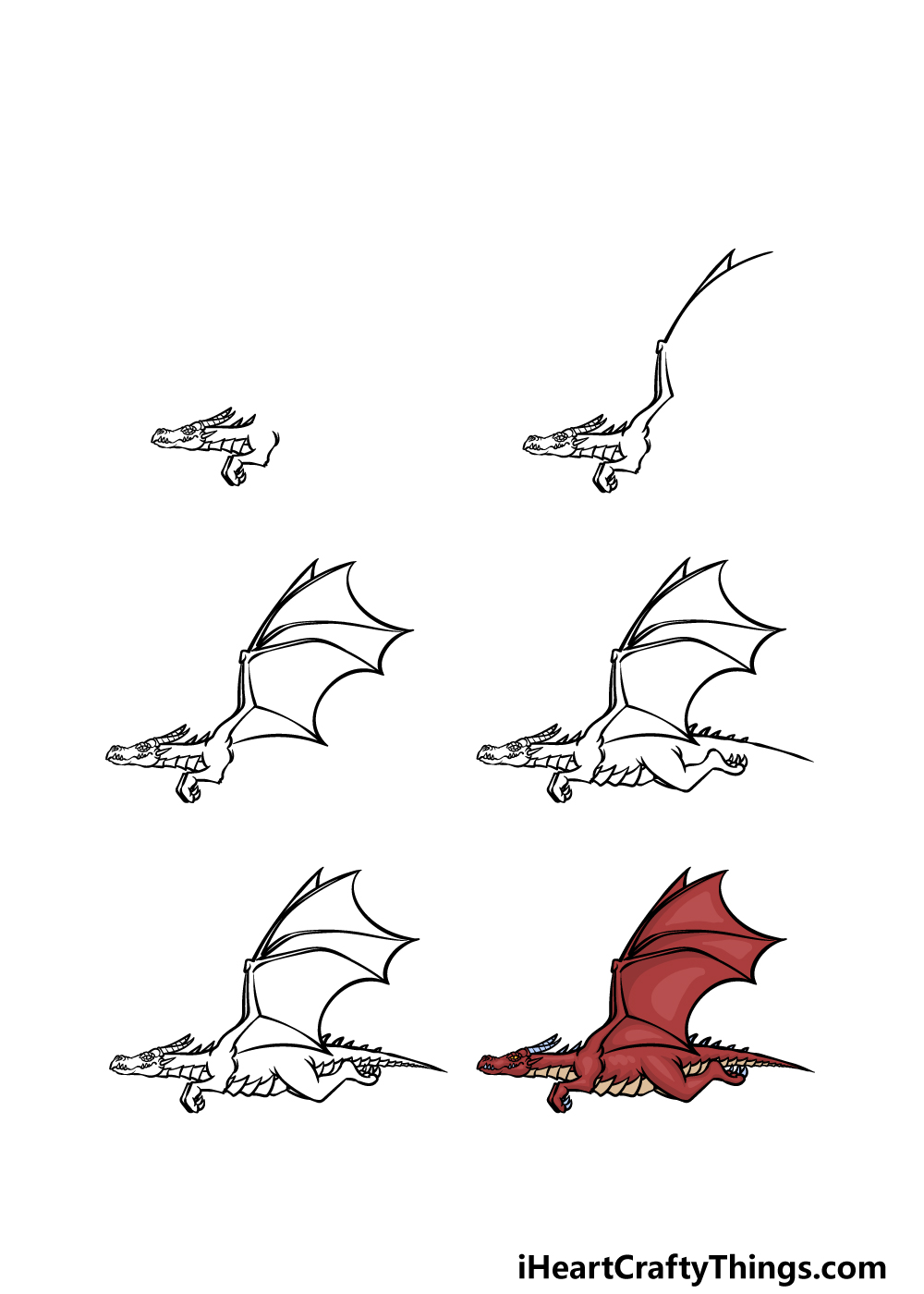 How to Draw A Flying Dragon – Let’s Get Started!

The dragon we will be depicting in this guide on how to draw a flying dragon will be rather detailed.

Dealing with a highly detailed image can be intimidating to take on, but that’s why we have broken it down into smaller chunks! For now, we will be working with the head and the neck of this dragon.

Dragons are almost always depicted as being quite reptilian in appearance, and that is certainly the case in this particular depiction.

We will be using some curved lines to draw the thin face of the dragon that has a pointy tip at the end.

The teeth will also be poking out of the line of the mouth at jaunty angles.

The bottom of the neck will have several angular plated sections, and you can also draw the arms of the dragon curling underneath it. That’s all for this step, so now you can proceed!

Step 2 – Now, draw the wings of the flying dragon 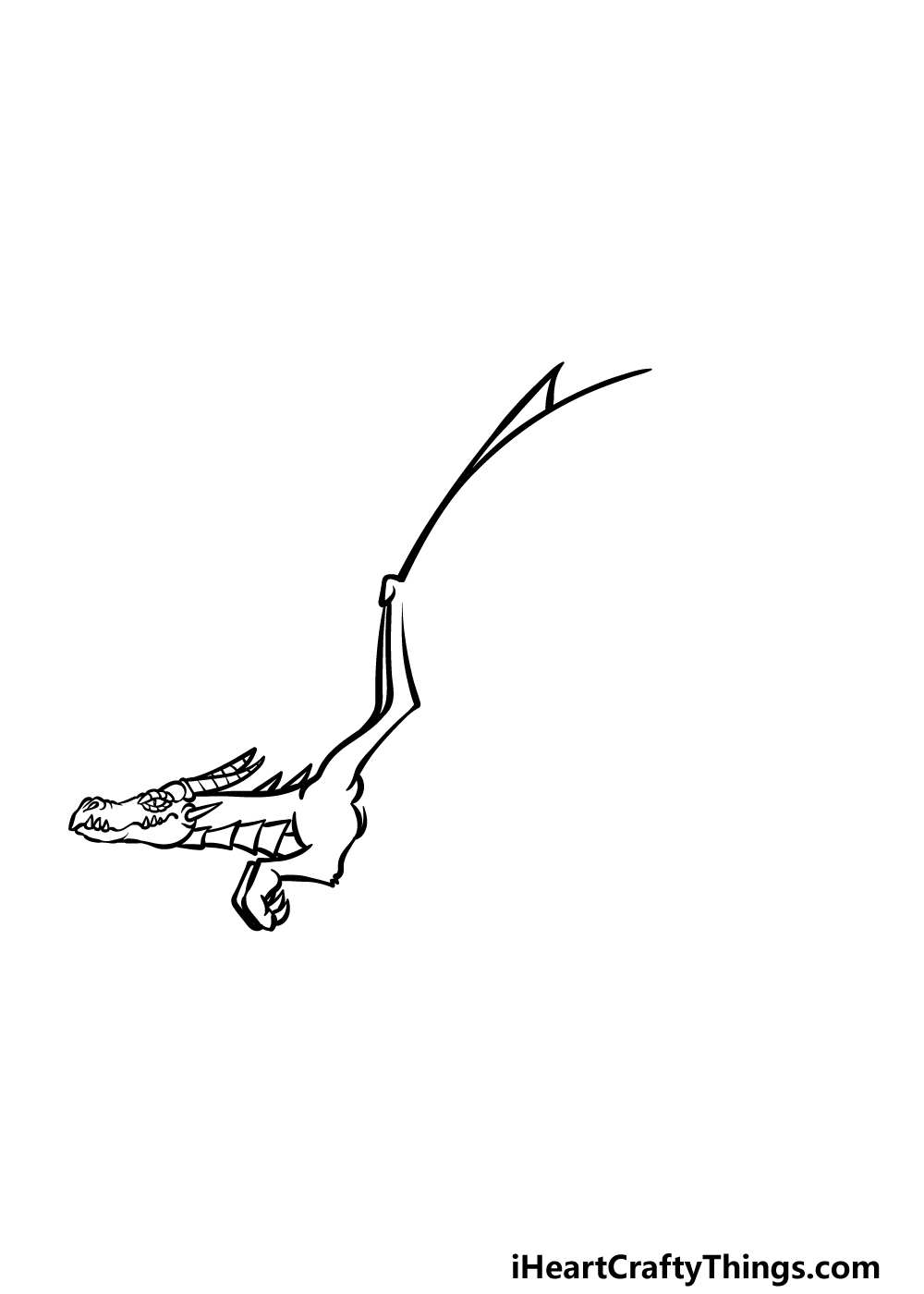 Any dragon that is worth its salt has giant wings that help it to get around, so we had better add some to your flying dragon drawing in this step!

The wings of this dragon are similar to a bat’s wings in that they have a rigid skeletal frame with leathery parts in between.

We will focus on the frame for now, and you can use some curved lines that are at various angles to begin this frame.

Try your best to draw the lines exactly as they appear in our reference image if you can!

Step 3 – Draw some more of the wings 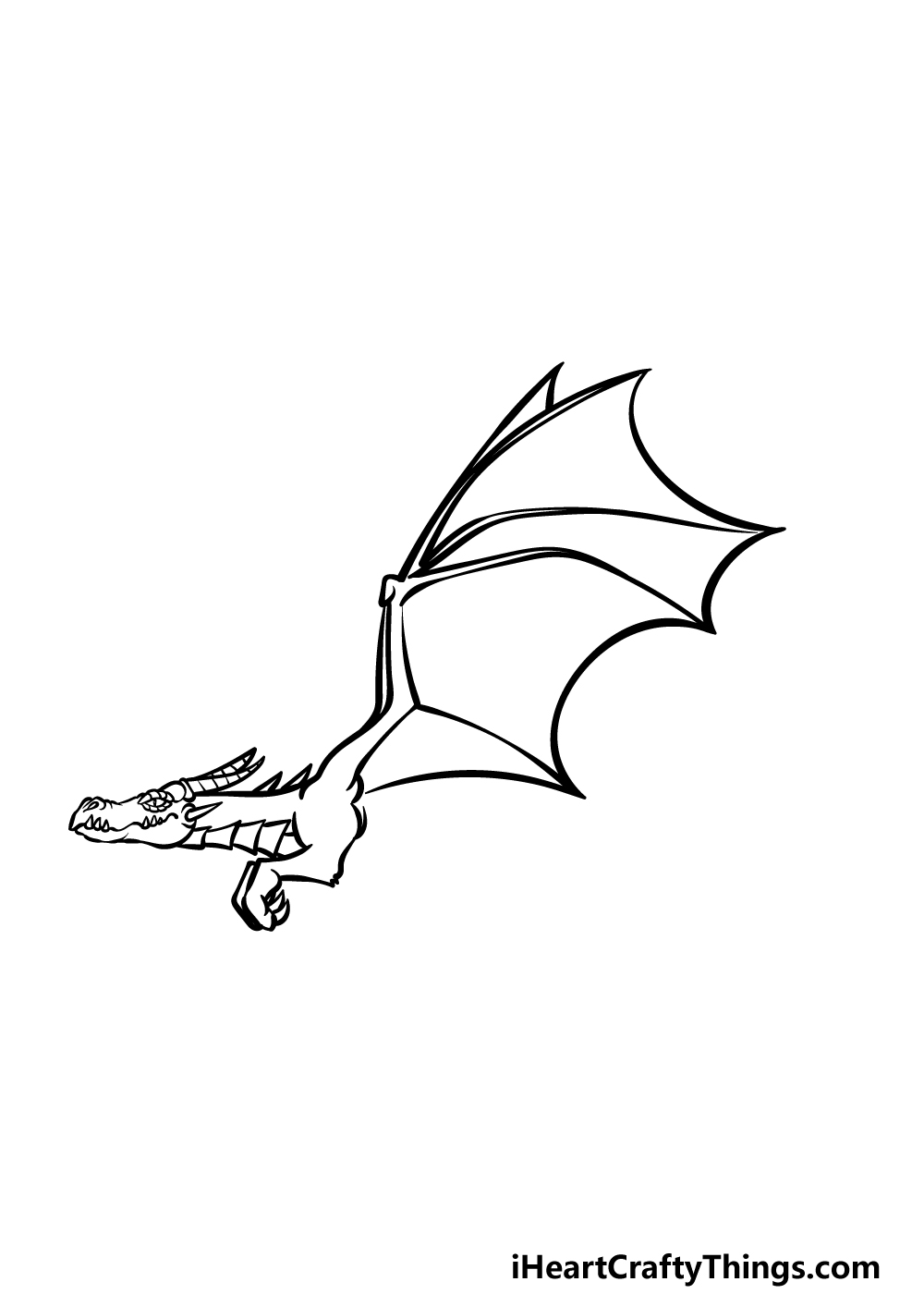 You started the frames of the wings in the previous step of this guide on how to draw a flying dragon, and in this one we shall draw the leathery portions.

First, we will draw some long, thin and pointy shapes extending from the frame into the leathery portions as shown in the reference image.

Then, we will be using some curved lines for the leathery portions that will connect to the long, thin shapes you drew extending into the wings previously.

Once that is drawn, you will then be ready to head on to the next step of this guide to add more to this awesome dragon!

Step 4 – Next, draw some more of the body and legs of this dragon 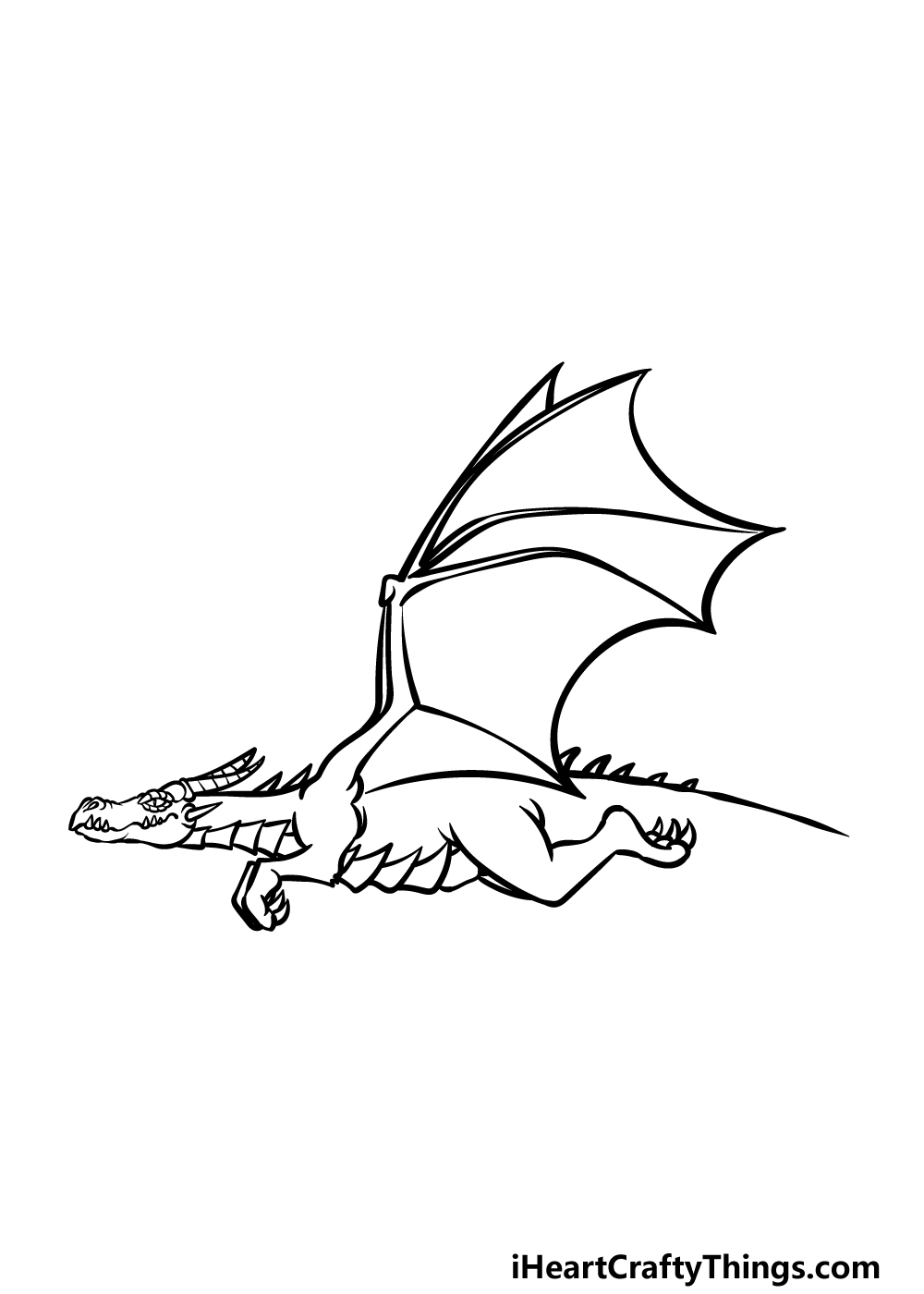 Now that the head and neck of this flying dragon drawing are complete, we can draw some more of the body.

Much like the underside of the neck, the belly of the dragon will be covered with large, angular armored plates.

Ideally, these should look like they continue from the plates under the neck and below the arms of the dragon.

Then, we will draw the legs of the dragon. These will be much larger than the arms were, and you can draw the hips using some curved lines.

Then, use some slightly more angular lines for the legs folded beneath it.

Next, draw the tail extending behind the dragon using a very slightly wavy line. Then, add some small sharp spikes onto the top of the tail.

We can then head t some final details and touches in the next step of the guide.

Step 5 – Add the final details to your flying dragon drawing 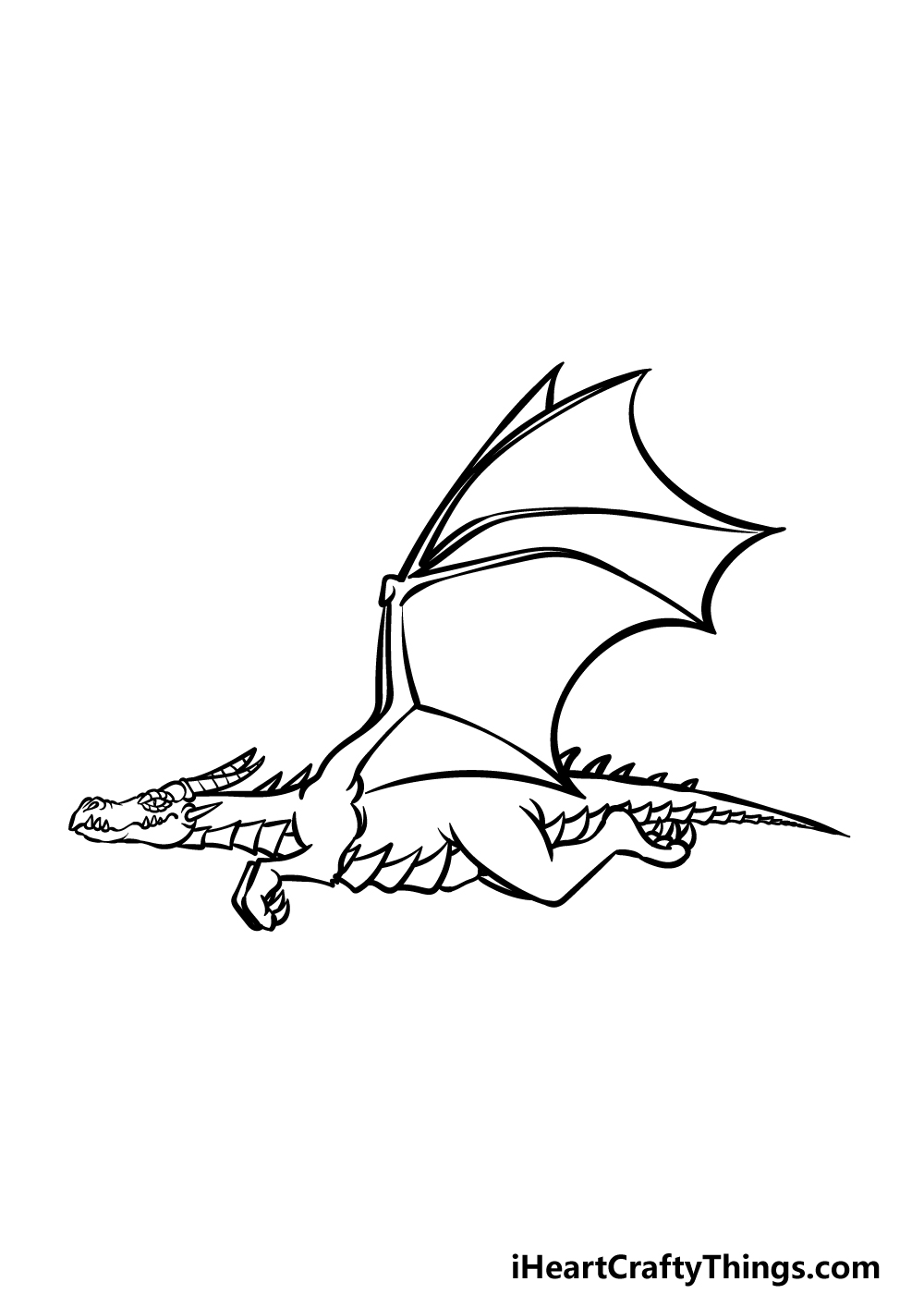 This step of our guide on how to draw a flying dragon will see you finishing the final touches and maybe even adding some more of your own.

The main thing we will be working on will be the tail of the dragon, and you can finish this off by adding some more of those armored pieces under the tail.

These sections should get much smaller the further you head to the end of the tail.

Once this is done, you could also add some cool details of your own!

It would be fun to design a background to finish off this scene, and if you were to do this then what kind of setting would you create for this awesome flying dragon?

Step 6 – Finish off your flying dragon drawing with color 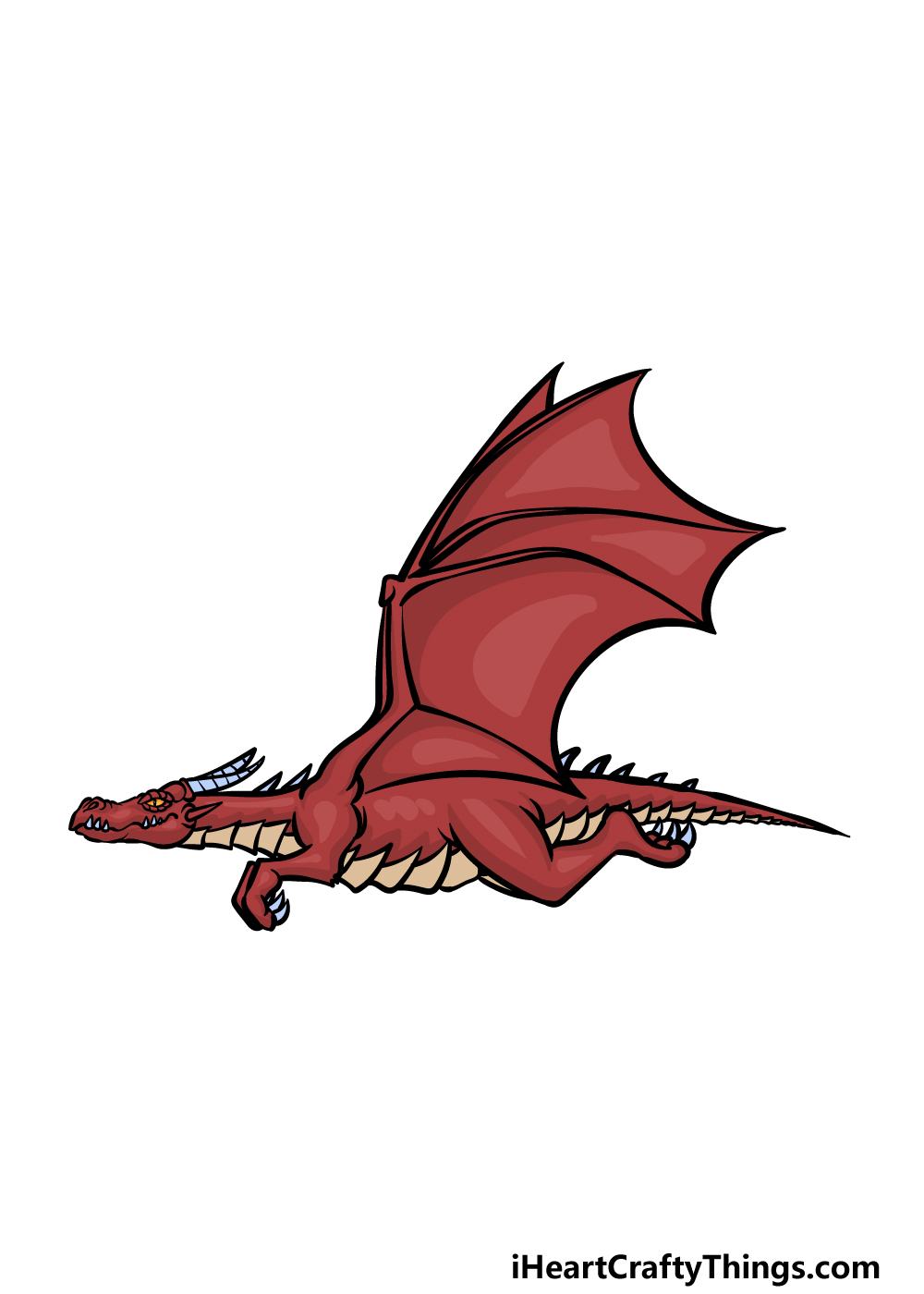 Dragons never existed in real life (that we know of), so this gives you a lot of freedom with how you can color your creation.

In our example image, we went with some bright reds to give this dragon a great striking look. Do you think you will go for a similar look in your own picture, or will you pick some unique colors?

You can also play around with various art tools and mediums, and you can even mix different ones if you’re feeling ambitious. How will you finish up this drawing with your colors?

Make this legendary creature look even greater with these tips for your flying dragon sketch!

Dragons have many amazing powers, and they famously can spew fire from their mouths. This would be a great effect to add to this drawing of a flying dragon!

You could draw the flame effects coming from the mouth of the dragon using your pen. Or, you could plan the shape of the fire with your pencil and then use your color tools to portray the fire.

It could be bright yellows, reds and oranges or you could make it something more unconventional like blue.

This flying dragon looks majestic enough on its own, but you could make it look even more amazing by adding another dragon next to it.

You don’t have to stop at just one additional dragon, and you could make a stunning picture with several flying dragons in the air.

Simply follow the steps of the guide again and change a few details on each dragon.

How many dragons would you like to have in this formation?

It would also be fun to add a different kind of character to this flying dragon drawing. One way would be by drawing a human into the image.

There are a few ways that you could incorporate a human into the scene. One would be to have a character such as a brave knight battling the dragon.

When you like the scene you have created for this flying dragon sketch, you could then make it even more complete with a background. Dragons are fantasy creatures, so you could make a really imaginative background.

You could go for a classic fantasy setting with castles, magic forests and other such features.

Or you may prefer something a bit more unconventional, such as showing the dragon in a modern city setting.

What background would you choose?

Your Flying Dragon Drawing is Complete!

That brings you to the end of this guide on how to draw a flying dragon!

This is a truly awesome mythological creature, and we hope that this guide made drawing it a fun and easy experience for you.

Now you can take it even further by adding your own great details, elements and ideas. By changing up the colors you use you can also add a lot of your personality to the artwork!

If you had a good time working on this guide, you will find many more to enjoy on our website! We have a huge selection that we update often, so be sure to keep checking in to never miss out. 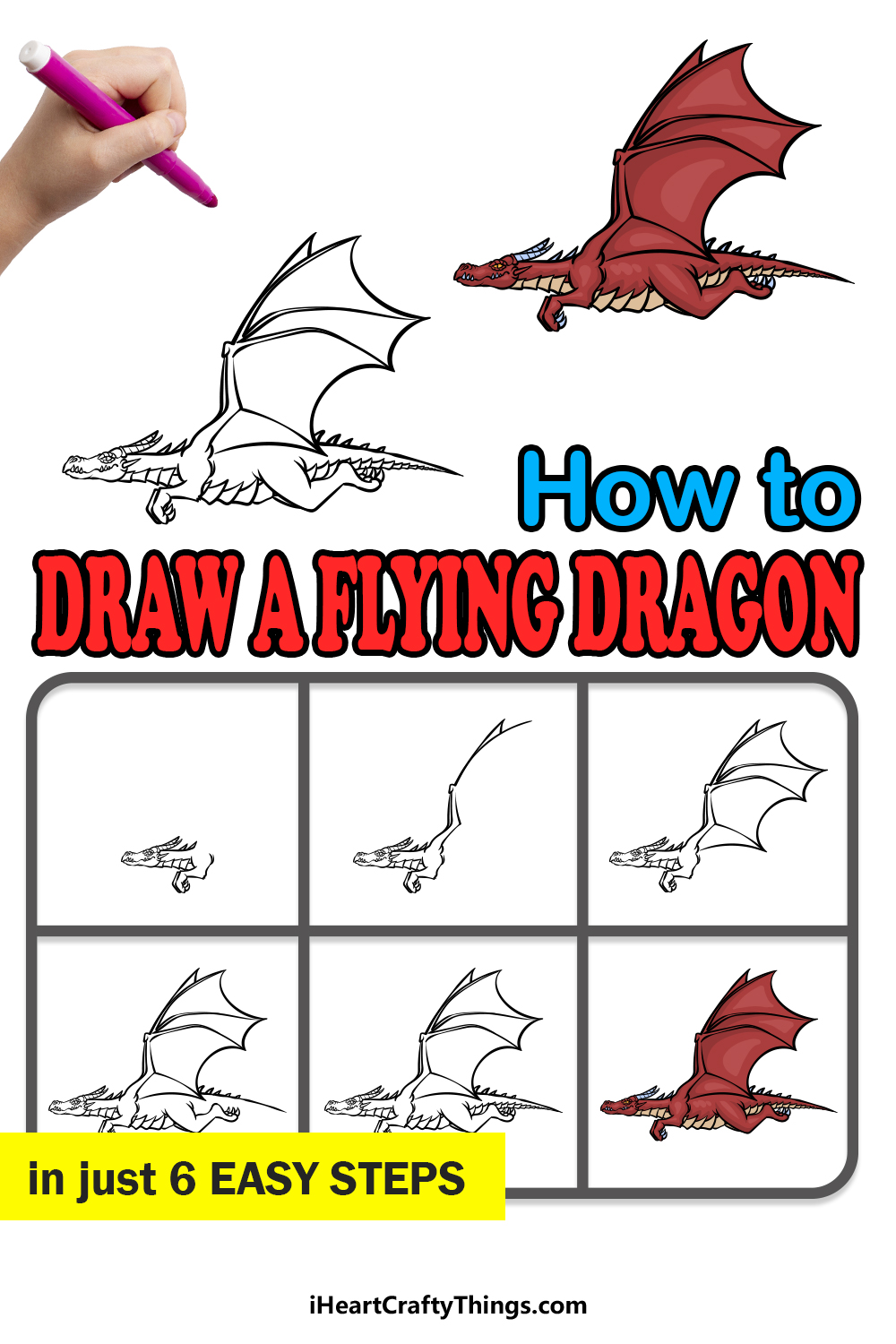 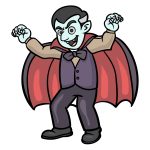 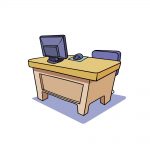