There are many incredible bird species to admire in the animal kingdom. There are few as majestic as the falcon, however.

This bird is not only stunning to look at but is also one of the most efficient predators in the animal kingdom.

For these reasons, it is popular among bird enthusiasts, and many like to learn how to draw a falcon so that they can show their appreciation for this predator.

If you also love this amazing predator, then this will certainly be the tutorial for you! If you follow all of the steps we have prepared for you, then this drawing will be no problem for you to complete.

Our step-by-step guide on how to draw a falcon in just 6 steps will show you just how fun and easy drawing one can be. 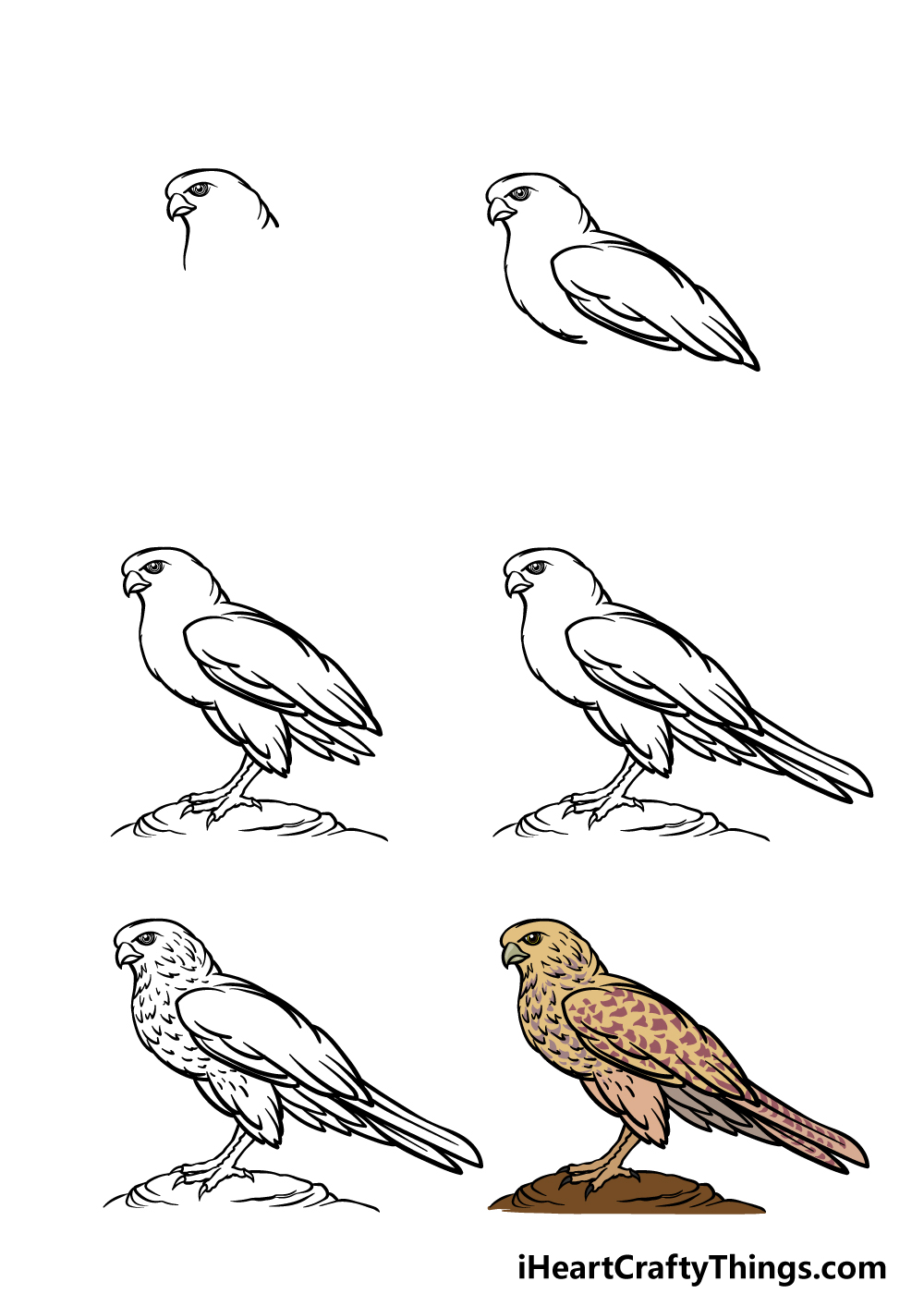 How to Draw A Falcon – Let’s Get Started! 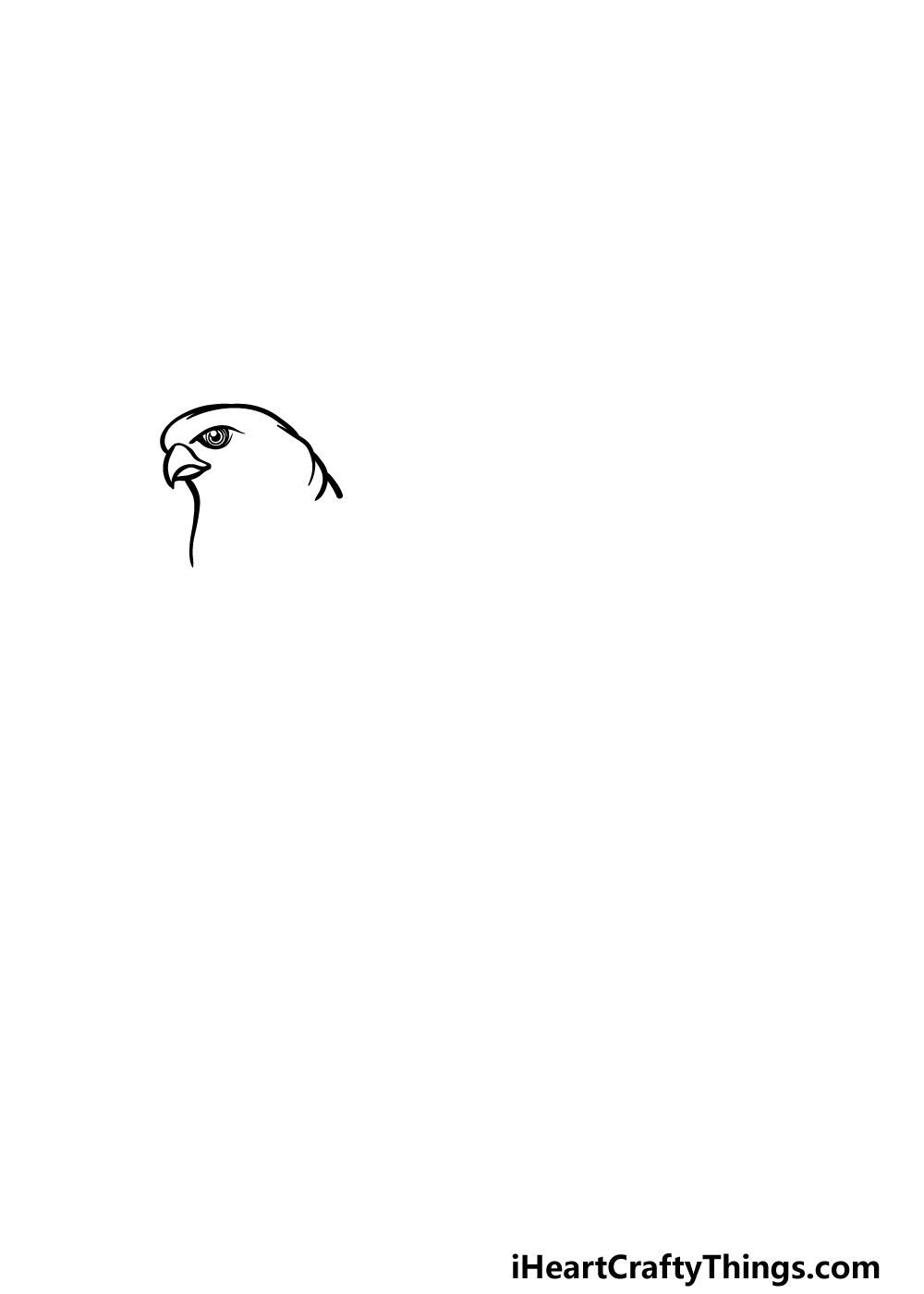 For this first step of our guide on how to draw a falcon, we will be drawing the head of the bird.

Falcons have a relatively small and round head with a small beak, so for the outline of the top, we will be using a smooth, rounded line.

Then, you can use some smaller curved lines for the beak poking off the left-hand side.

The eye of the falcon will be drawn with a horizontal curved line on top, and it will have a round bottom half. Use some more rounded lines to create the large pupil inside of it to finish off the eye.

Finally, draw the base of the bird’s neck, and then we can move on to step 2 of the guide.

Step 2 – Now, draw the wing and some more of the body 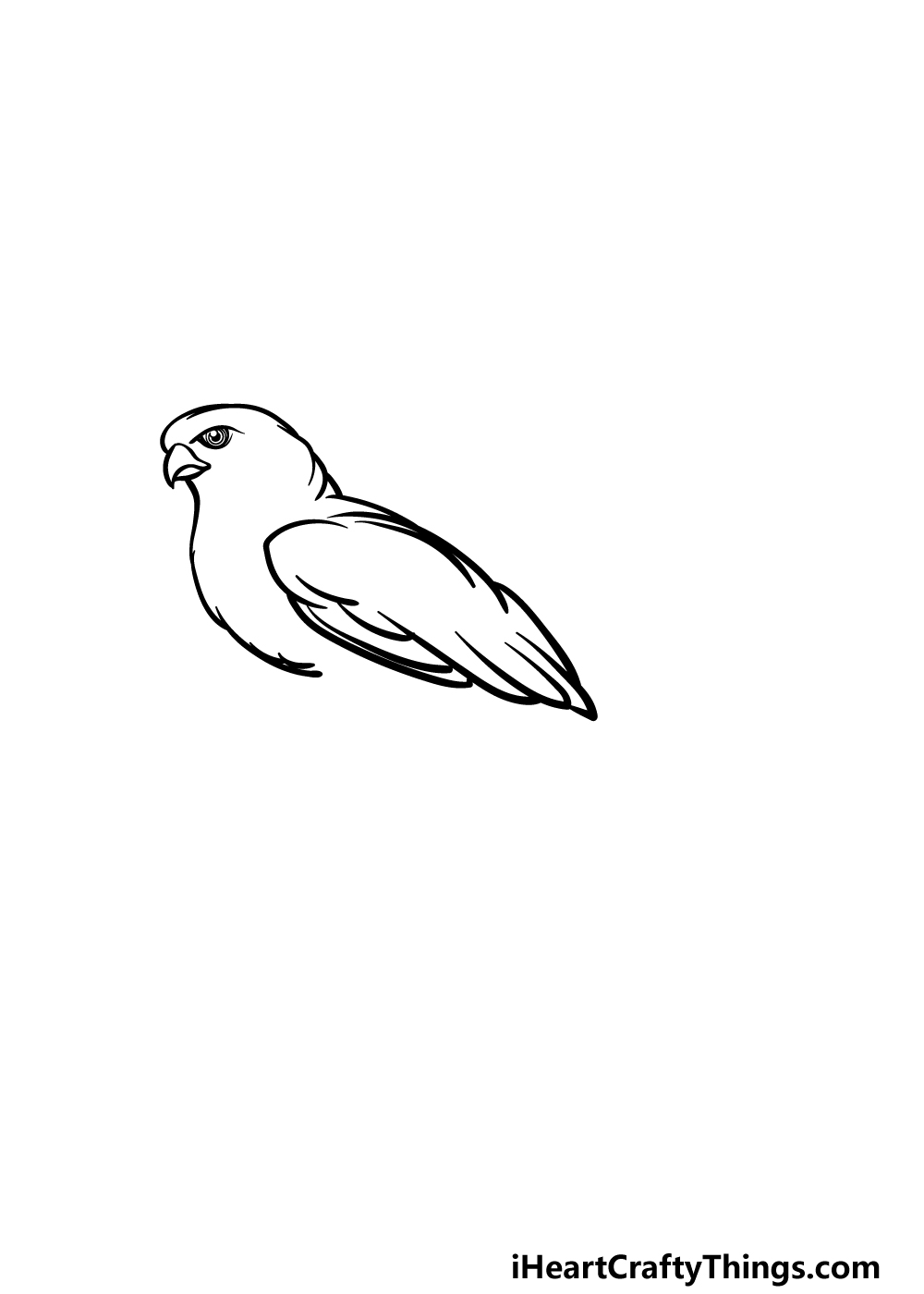 In this second part of your falcon drawing, we will be adding the wing as well as a bit more of the body.

For the outline of the wing, we will be using a lot of thick, curved lines connected to one another to create the outline.

The wing will be thin and pointy, and as shown in the reference image the angle will be almost horizontal.

Then, use some more curved lines connecting to one another to extend the chest down a bit.

The reason that we are connecting these curved lines instead of using a solid line is to make it look like these areas are covered in feathers. Then you will be ready to move on to step 3 of the guide!

Step 3 – Now, draw the legs and start the tail of the falcon 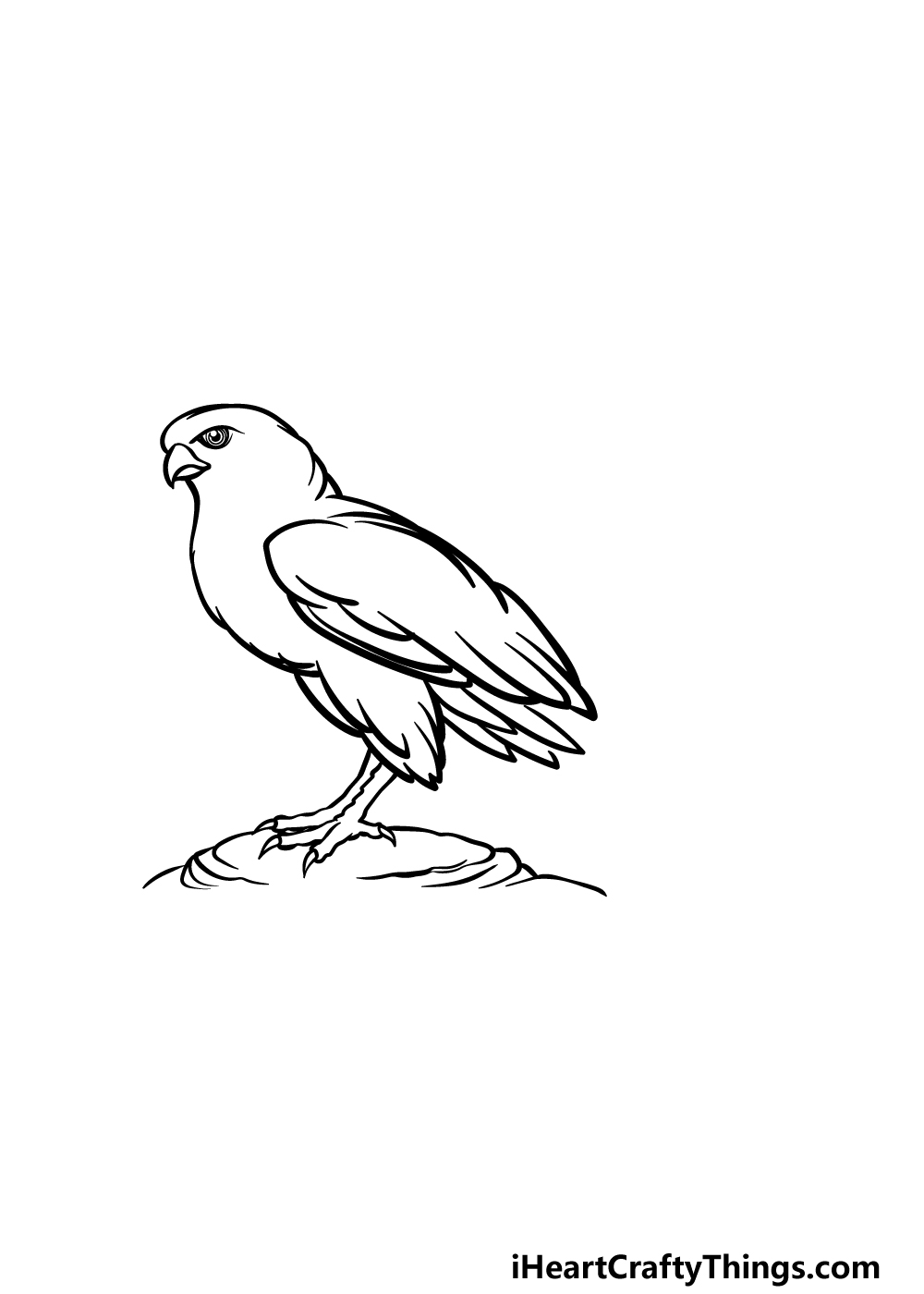 Now we will be working on the bottom half of the bird for this step of our guide on how to draw a falcon.

For the top halves of the legs, use some more curved yet sharp lines to create the feathery top halves.

For the leathery bottom halves, use some bumpy lines extending down, and then you can draw the toes with sharp claws at the ends.

We will also be using some rounded lines to create a rocky surface that the falcon is standing on.

Once these are all drawn, finish off this step by drawing some pointy feathers poking out under the wing, as this will be the start of the tail.

Step 4 – Next, draw the rest of the tail for the falcon 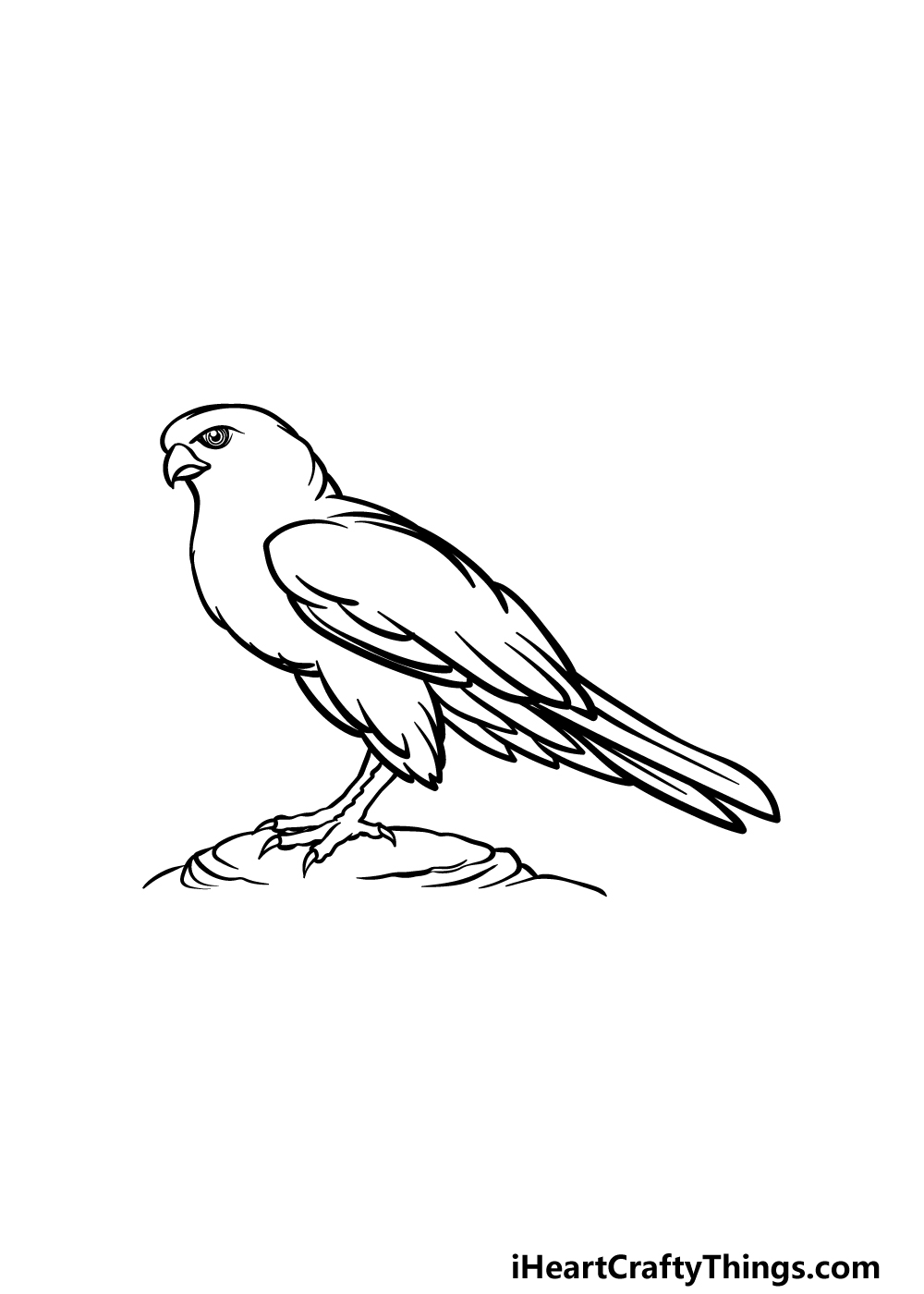 We will be finishing off the outline of this falcon drawing in this step, and then you will be ready for some final details in the next step.

The main thing we will be focused on in this step will be finishing off the tail that you started in the previous step.

To finish off this tail, simply draw some straight, long feathers poking out the back. There will be one long one on top with two smaller ones beneath it.

Then it will be on to those final details in the next step!

Step 5 – Add the final details to your falcon drawing 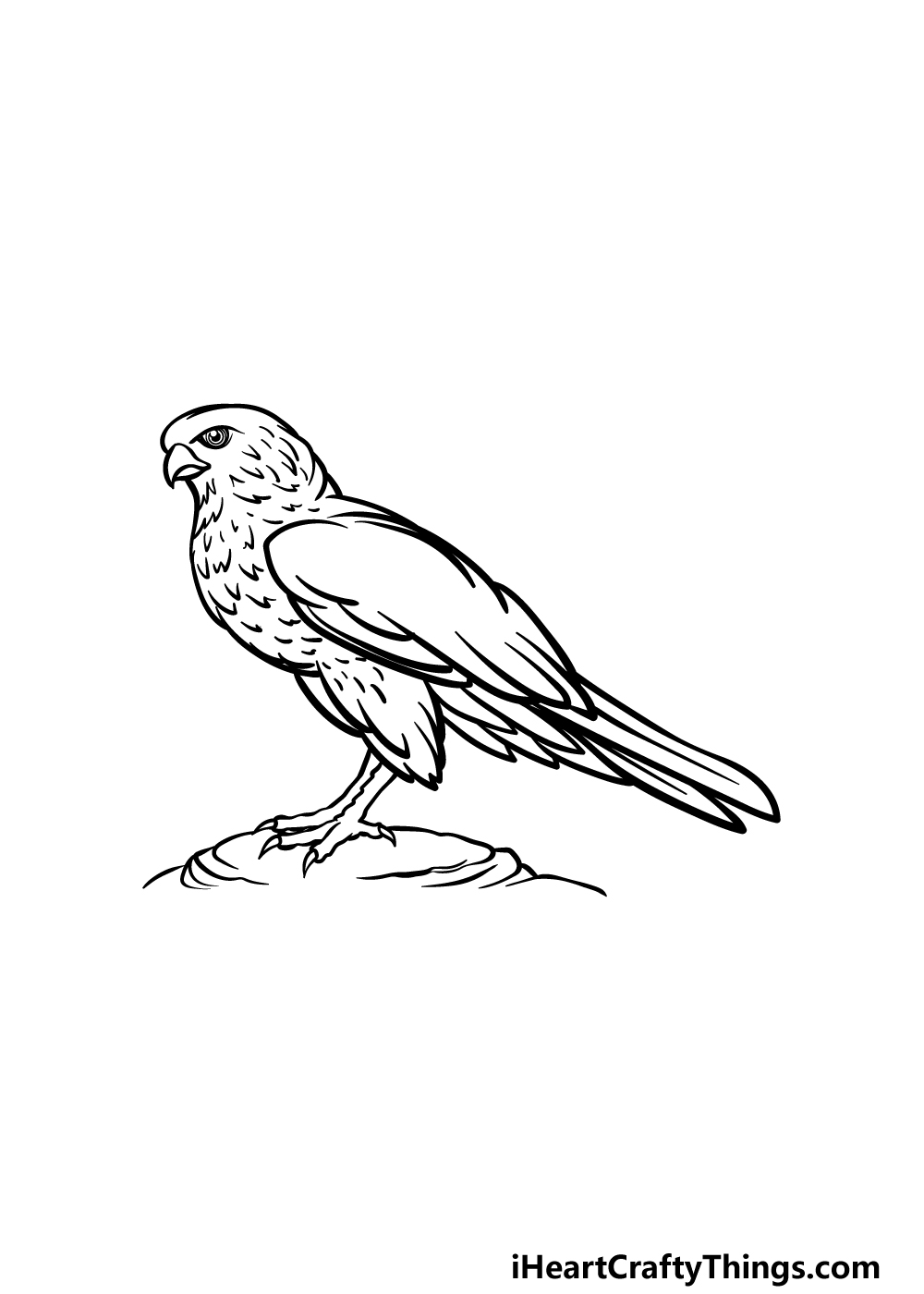 Soon we will begin coloring your drawing in, but first we have some final touches to add in this step of our guide on how to draw a falcon.

It’s already looking great, but we will make it look even better by drawing some texture details onto the body.

These can be drawn using some small, sharp lines throughout the feathery parts of the body, and these will help make it look more textured.

Once these are drawn, you will be ready for the final step! You could also keep this drawing going by adding your own extra details and elements as well.

You could draw a background or add some more objects and animals to interact with. We can’t wait to see how you finish this off!

Step 6 – Finish off your falcon drawing with color 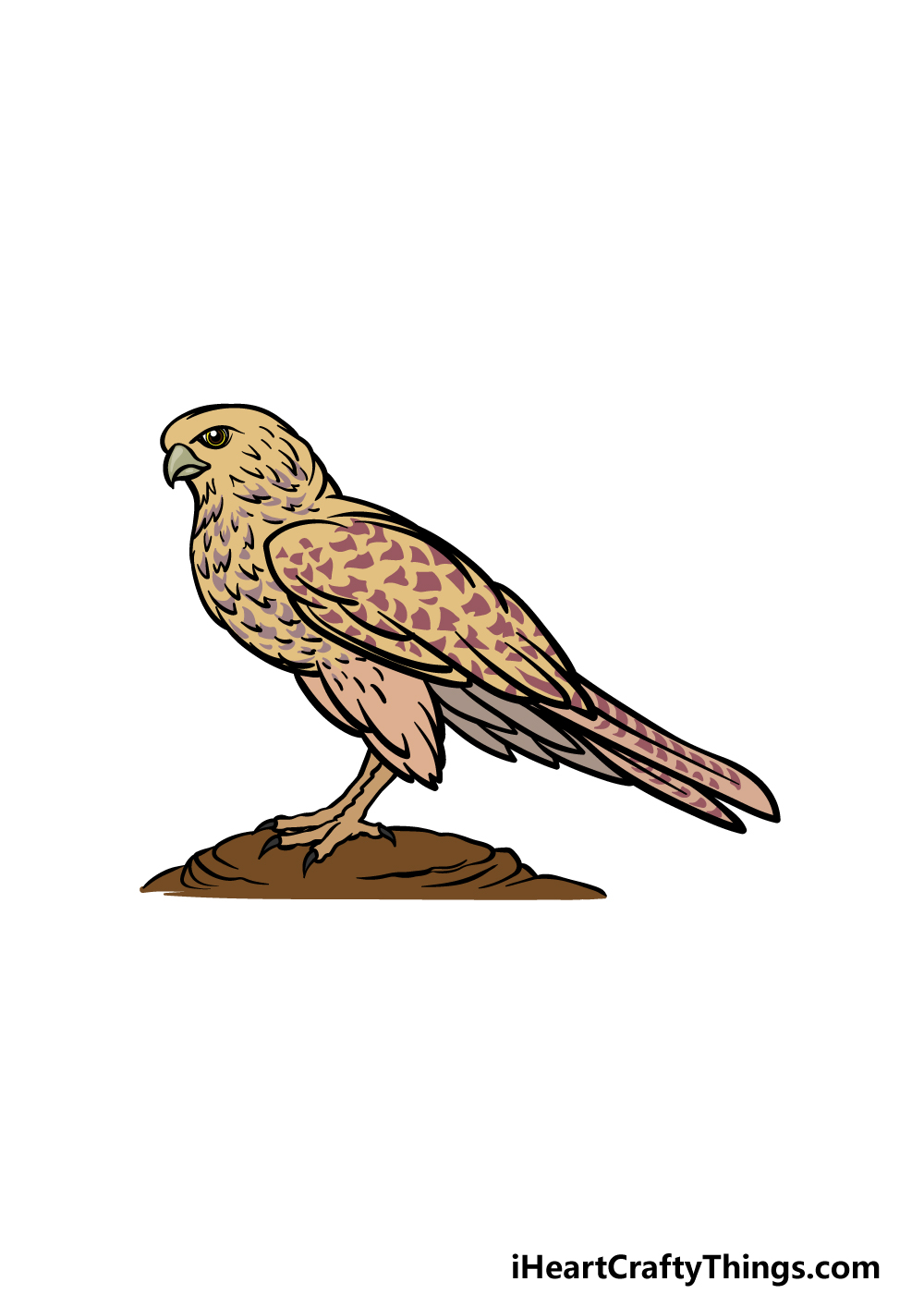 Now you’re ready to finish off this falcon drawing as you color it in. Real-life falcons are quite muted in their coloring, and we went with that look in our example image.

We used various shades of tan and light browns to color it in, and by using smaller spots of brown we further emphasized the texture details.

You can use our example image to guide you if you want similar colors, but you should also feel free to use your own color choices. What colors and mediums will you choose for your own one?

Here’s how you can make your falcon drawing even better…

Take flight for drawing fun as we make your falcon sketch look even greater!

Seeing a falcon in real life is always a magnificent sight, but seeing two would be even better. That’s why we think that you could add a second bird to this drawing of a falcon to double the greatness!

Now that you know how to draw this falcon, you could follow the guide again and change a few details to make this second falcon unique. What sort of pose would you use for this falcon?

Another way that you could add some more life to this drawing would be by adding a different species of bird.

The falcon is one of the most majestic species, but there are a few others that come close.

For example, the eagle would be an example of a bird species that has a similar reputation to the falcon.

This is just one example, and you could use any of your favorite bird species to create an incredible pose!

Next, you could also add a human character to this falcon drawing to create a really interesting scene. When falcons have been trained, they can even land on the arm of a trainer.

This is one way that you could easily add a human to the scene, and you would merely need to draw the arm with some protective gear on it. Or, you could draw the entirety of this human character.

You could even base the character on yourself in order to make the drawing more personalized.

Finally, you can finish off your masterpiece by adding a background to your falcon sketch. This background would depend on the approach you took with the drawing.

If you added a human character, then you could draw a bird sanctuary or maybe a zoo background. If you decided not to draw a human, then you could show the falcon in its natural habitat.

This falcon is on a mound of dirt, but you could have it perched on a branch for another idea!

Your Falcon Drawing is Complete!

This is the end of this guide on how to draw a falcon, and you did a great job replicating this awesome and majestic predator!

Now that you have completed the guide, we hope that you found it to be easier and even more fun than you expected.

When you have mastered this drawing, it will then be up to you to finish it off with some amazing details of your own.

We gave a few ideas you could try to do this, but this is also your chance to show off how creative you can be!

Please remember to also check out our website when you’re ready for more drawing fun. We have tons of guides to enjoy and have many more on the way soon, so keep checking in!

We would be thrilled to check out your finished falcon drawing, so please share your artwork on our Facebook and Pinterest pages for us to admire. 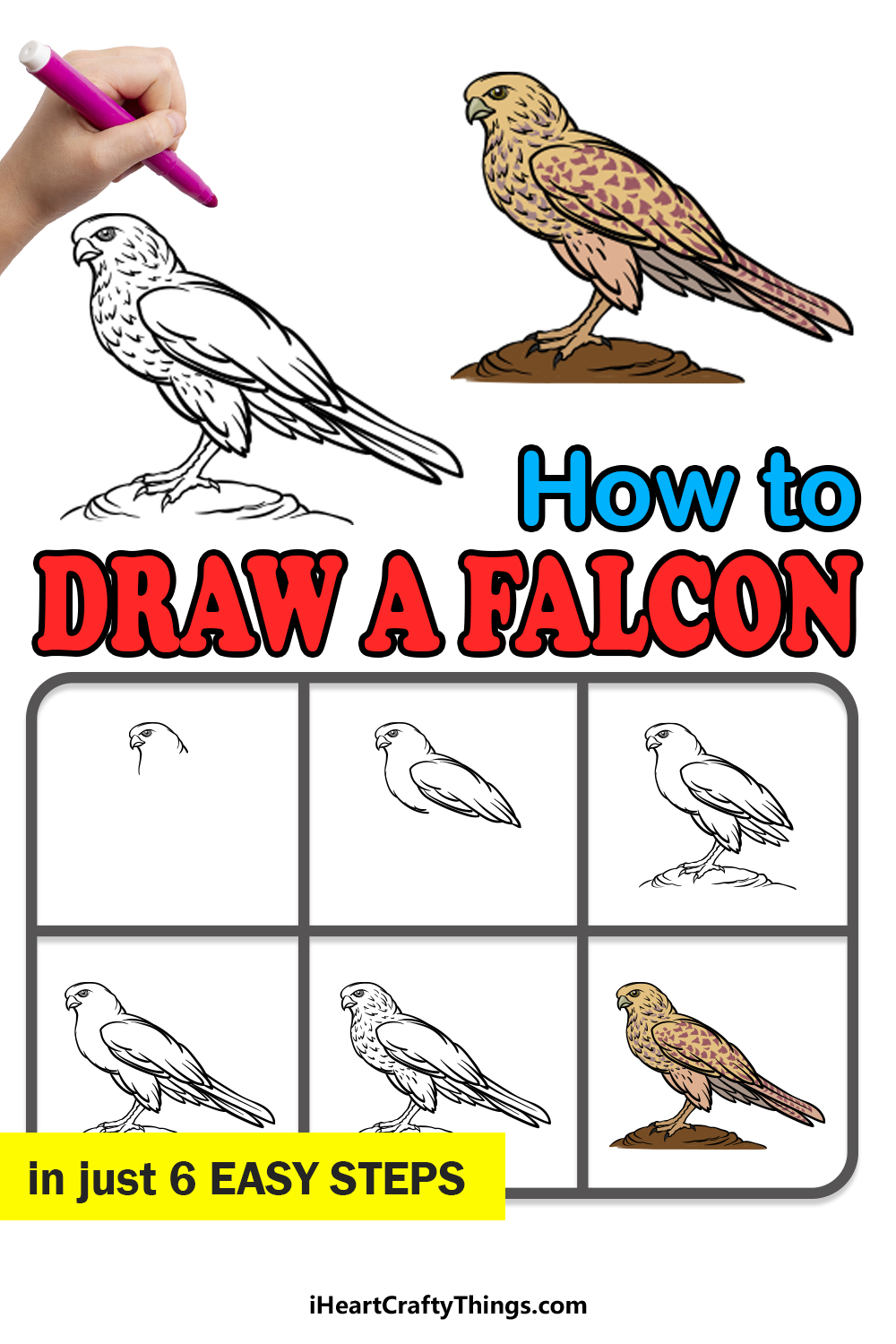 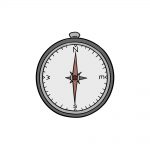 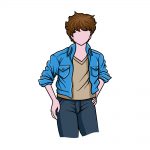