Superheroes are very popular in media these days, and there are many films, TV shows, video games, comics and more to enjoy featuring these varied heroes.

One of the newer superhero shows to come out in recent years is Miraculous Tales Of Ladybug and Cat Noir, and it has captivated young audiences around the world.

Cat Noir is one of the main characters, and he has a really cool costume design that fans love to replicate in fan art.

Learning how to draw Cat Noir is the best way to get started with drawing some art of your own!

This is the tutorial for you if you’re one of these fans.

Our step-by-step guide on how to draw Cat Noir will show you just how it can be done! 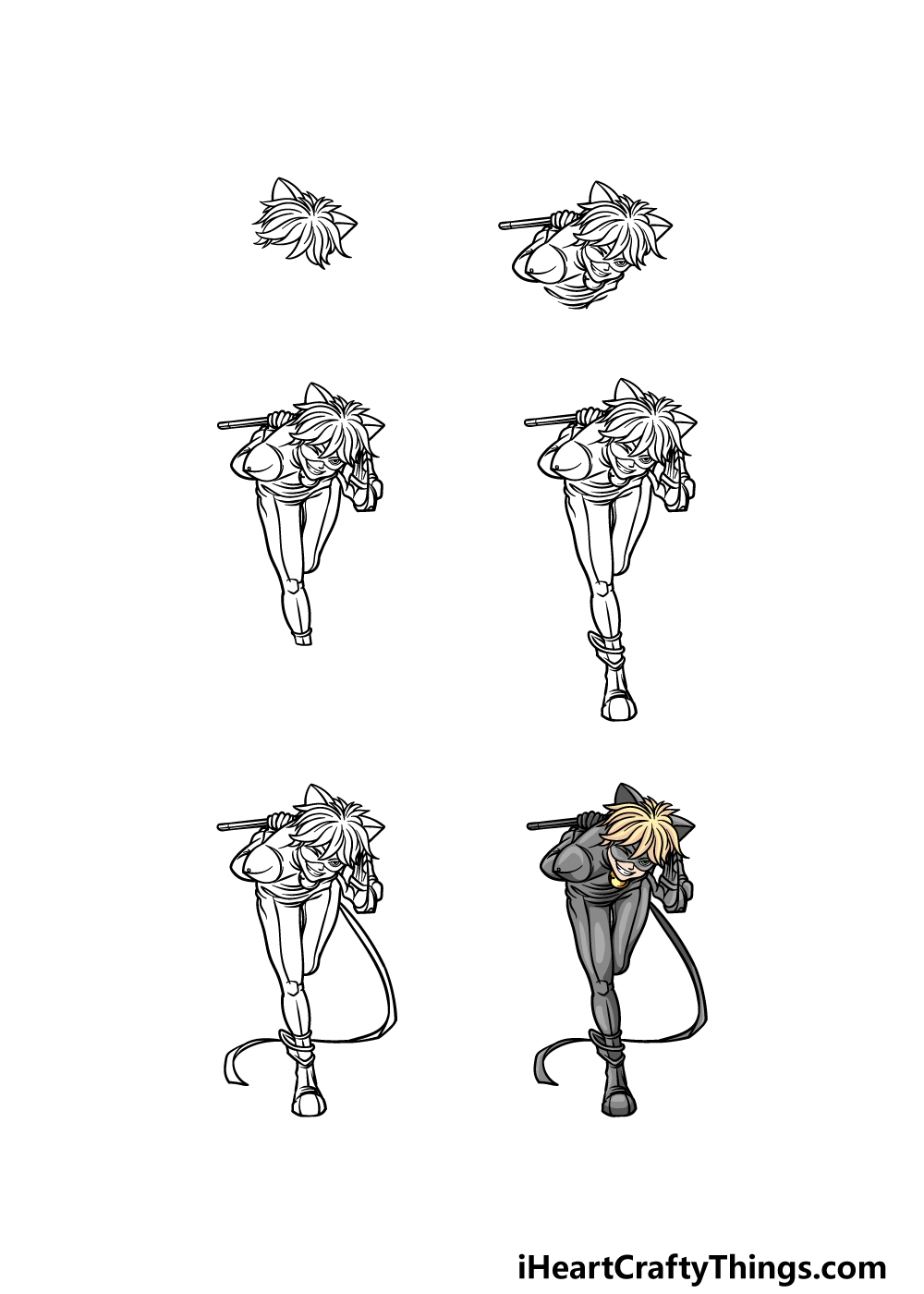 How to Draw Cat Noir – Let’s Get Started! 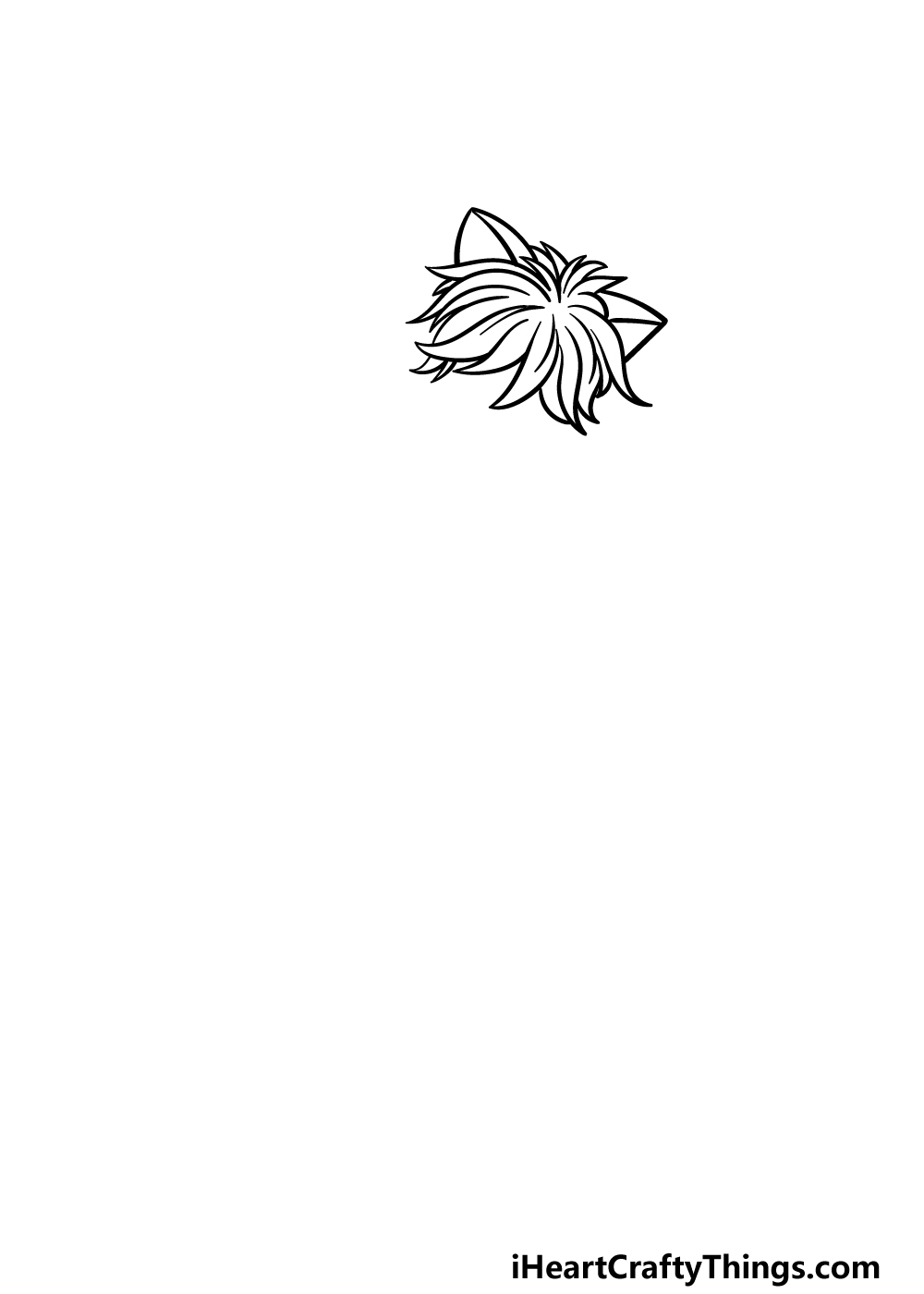 We will be starting with the hair and cat ears of this character as we kick off this guide on how to draw Cat Noir.

This character has a really cool costume design, and we will draw it while portraying him in a dynamic pose.

His hair is long and wavy, and you can draw it using lots of curved lines connecting to one another and ending in sharp points.

This character has a cat theme to his costume, as his name suggests, and to start this theme off we shall also draw the cat ears of his costume.

Simply use some more curved lines with tips at the tops of them for these ears above his hair. That’s all there is to it for this first step, and then we can move on to step 2! 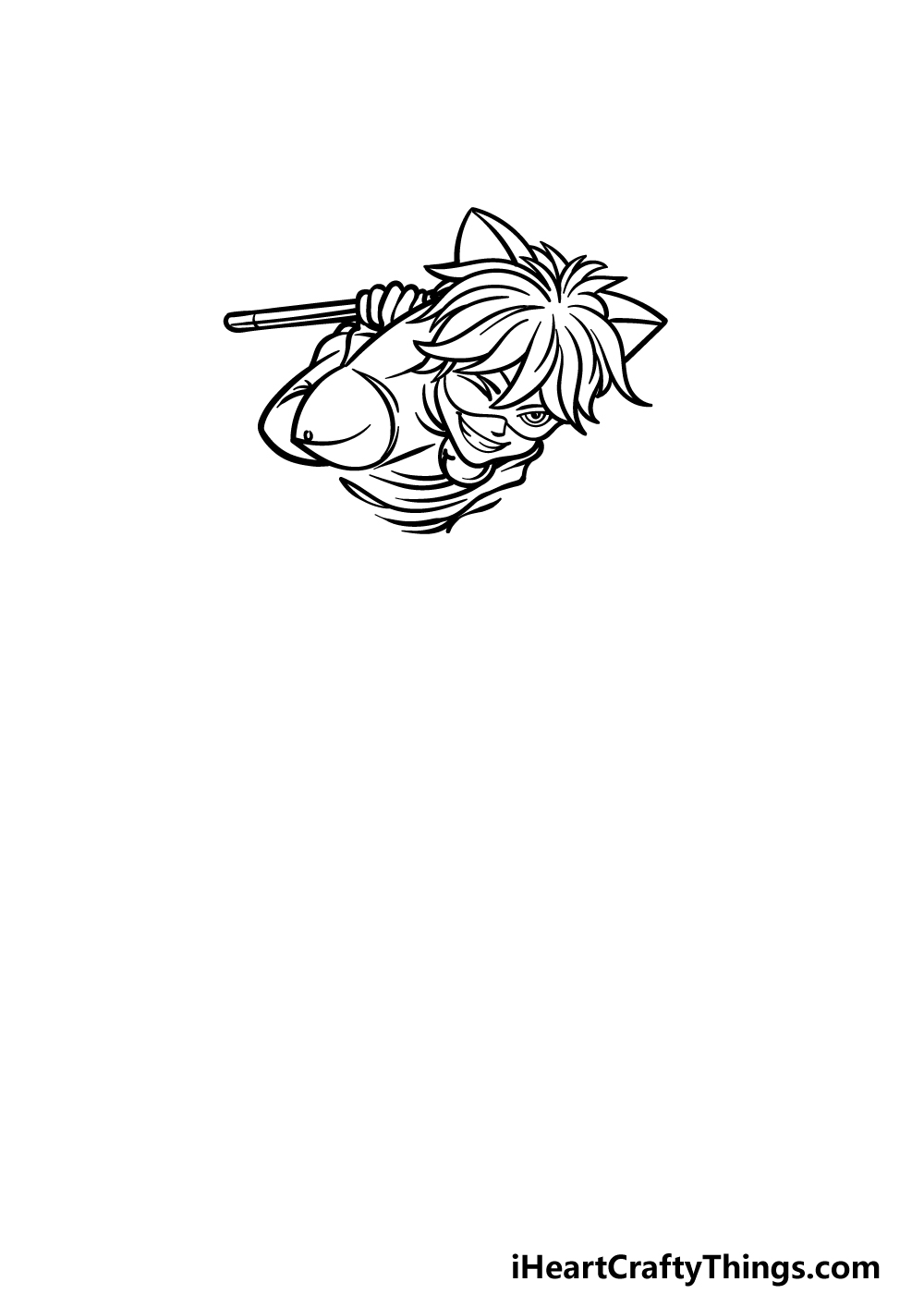 In this second part of your Cat Noir drawing, we will be drawing his facial details along with the start of his body and arms. First, draw a rounded shape with two halves for the mask beneath his hair.

Inside of this mask, draw some small lines connecting to one another on the left for his winking eye, and then draw the open eye on the right.

Below this mask, you can use some small lines for his nose and grinning mouth and then draw his face outline around them.

For his chest, we will be drawing lots of curved lines close to one another to show the creasing of his costume beneath his face.

Finally for this step, draw his shoulder near his head and then add his arm going behind his back.

Step 3 – Now, draw his other arm and start his legs 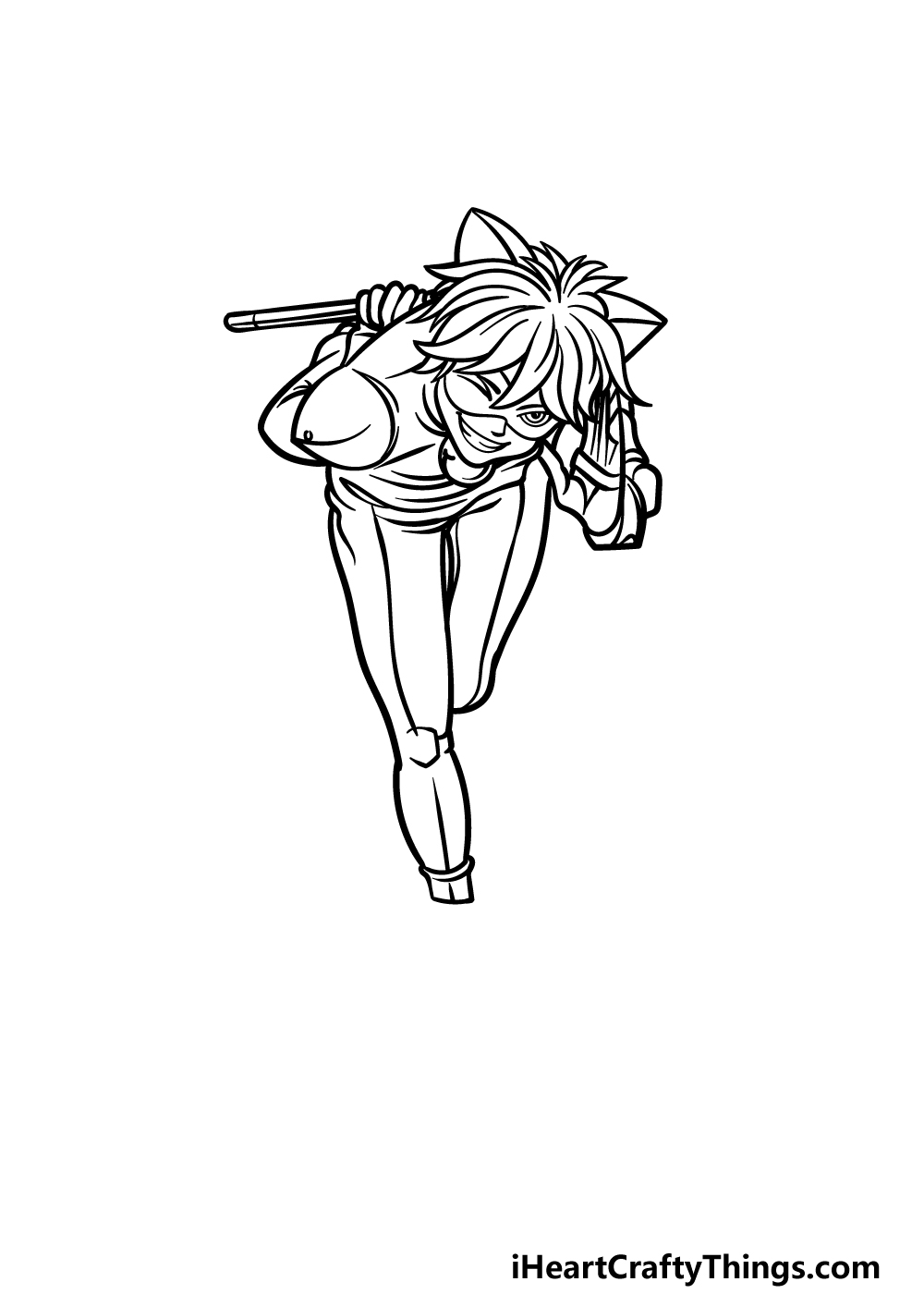 Continuing with this guide on how to draw Cat Noir, we will next be adding his other arm as well as the start of his legs.

For the other arm, he will be portrayed as extending his hand next to his face. Try your best to replicate the lines exactly as they appear in our reference image as best you can.

Then, you can draw his legs using some curved, smooth lines.

The leg on the left will be straight and extended, whereas the one on the right will be bent backward, rendering his foot unseen on that leg. 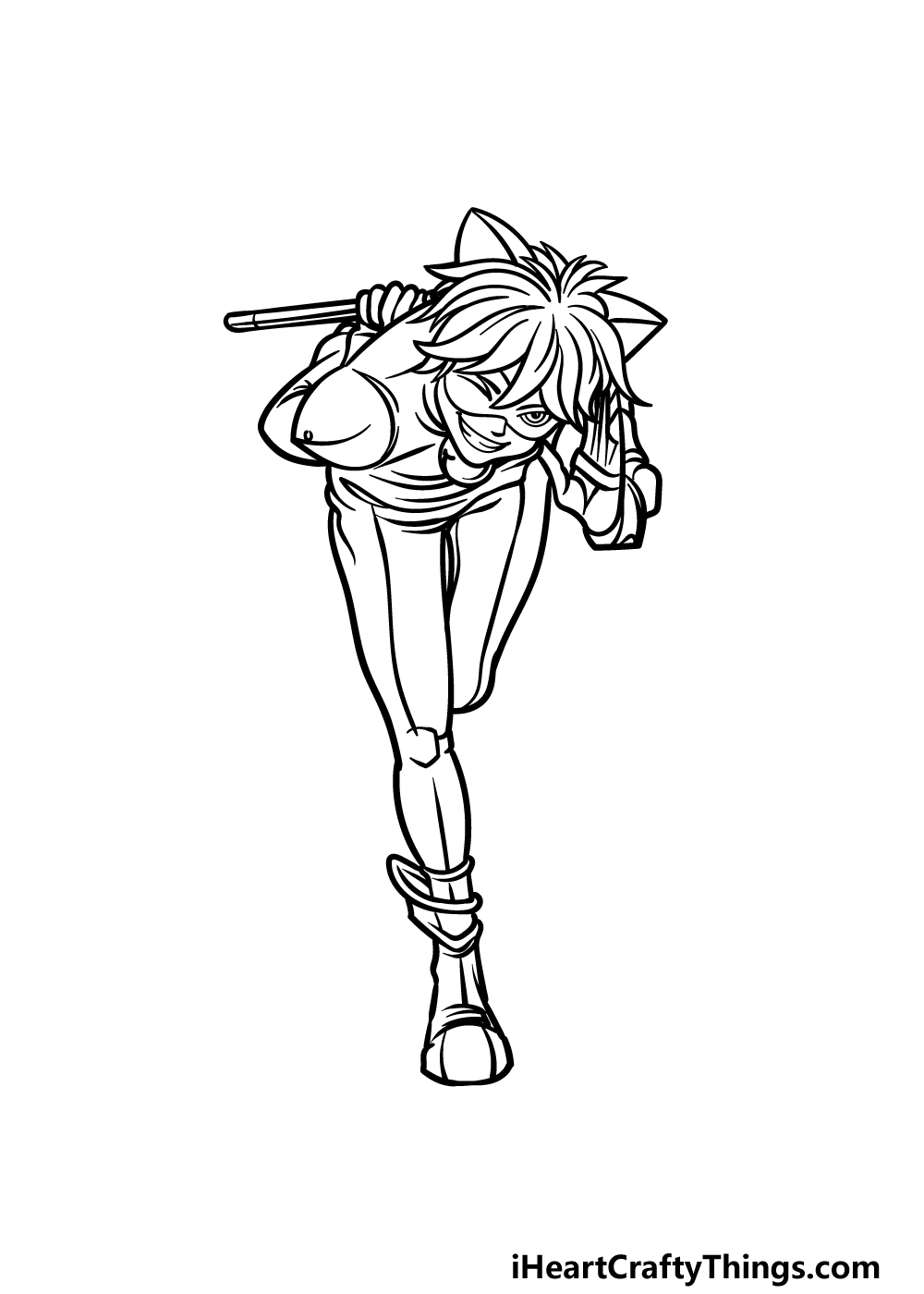 In this step of your Cat Noir drawing, we will be finishing off the shoe on the left before we move on to some final details in the next step.

His shoes have a rather unique design, as they have a few rims near the top of them that stick out a bit.

Then, the base of the shoe will be drawn with some more curved, smooth lines as shown in the reference image.

As we mentioned in the previous step, we won’t be able to see the foot on the other leg, so now you can proceed to draw the final details in the next step.

Step 5 – Add the final details to your Cat Noir drawing 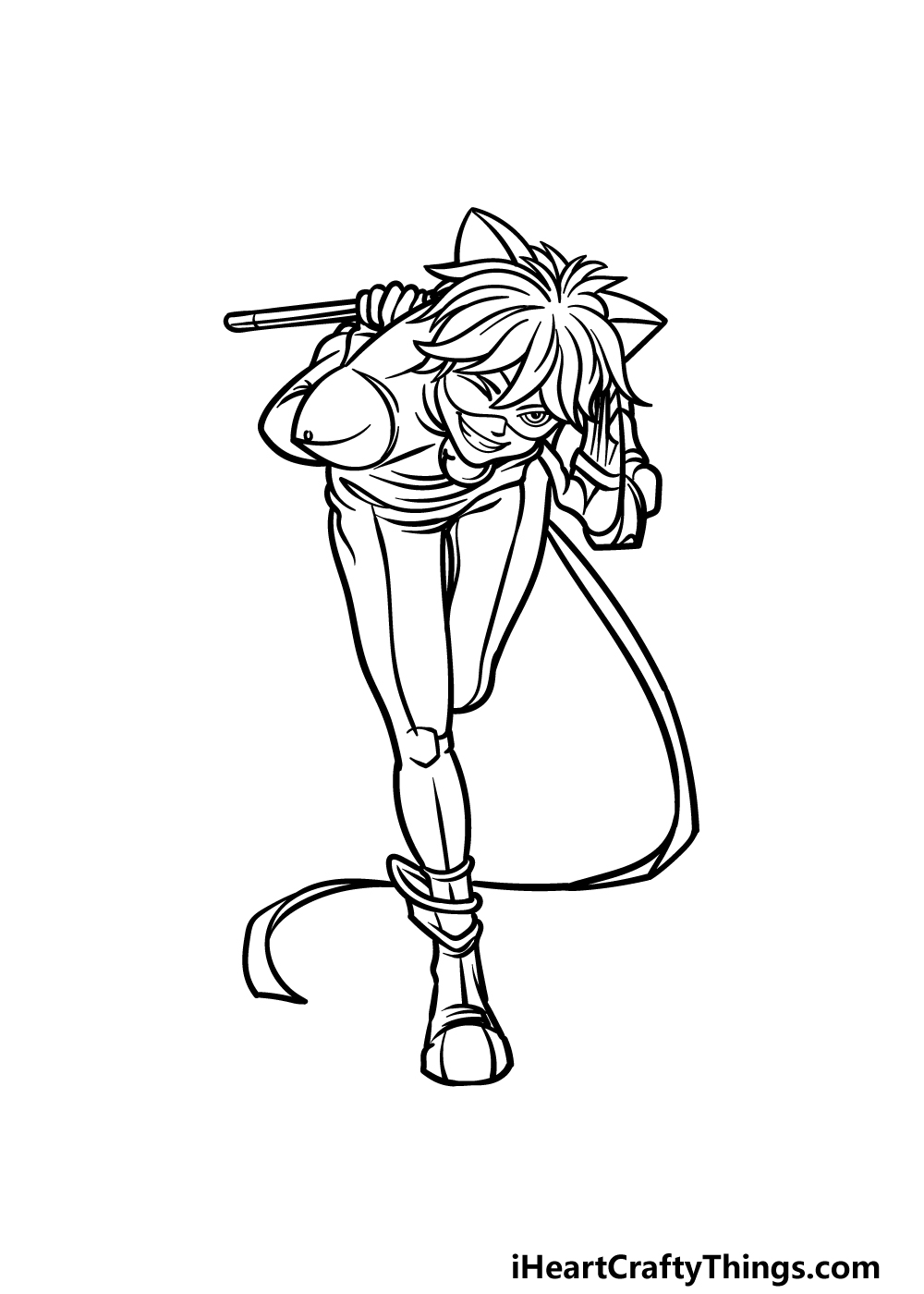 You’re almost ready to color in your creation in the final step of this guide on how to draw Cat Noir, but before you move on to that, you can finish off the final details in this part.

The main thing that we will be adding will be the ribbon-like portion that is extending from the baton that he is holding behind his back.

This can be drawn with a long, wavy line extending from the side of his leg to make it look like it’s flowing down from the solid piece of the baton.

Then, you can finish off this step by adding some details of your own! One idea would be to draw a background. If you do that, what setting will you choose for Cat Noir?

Step 6 – Finish off your Cat Noir drawing with color 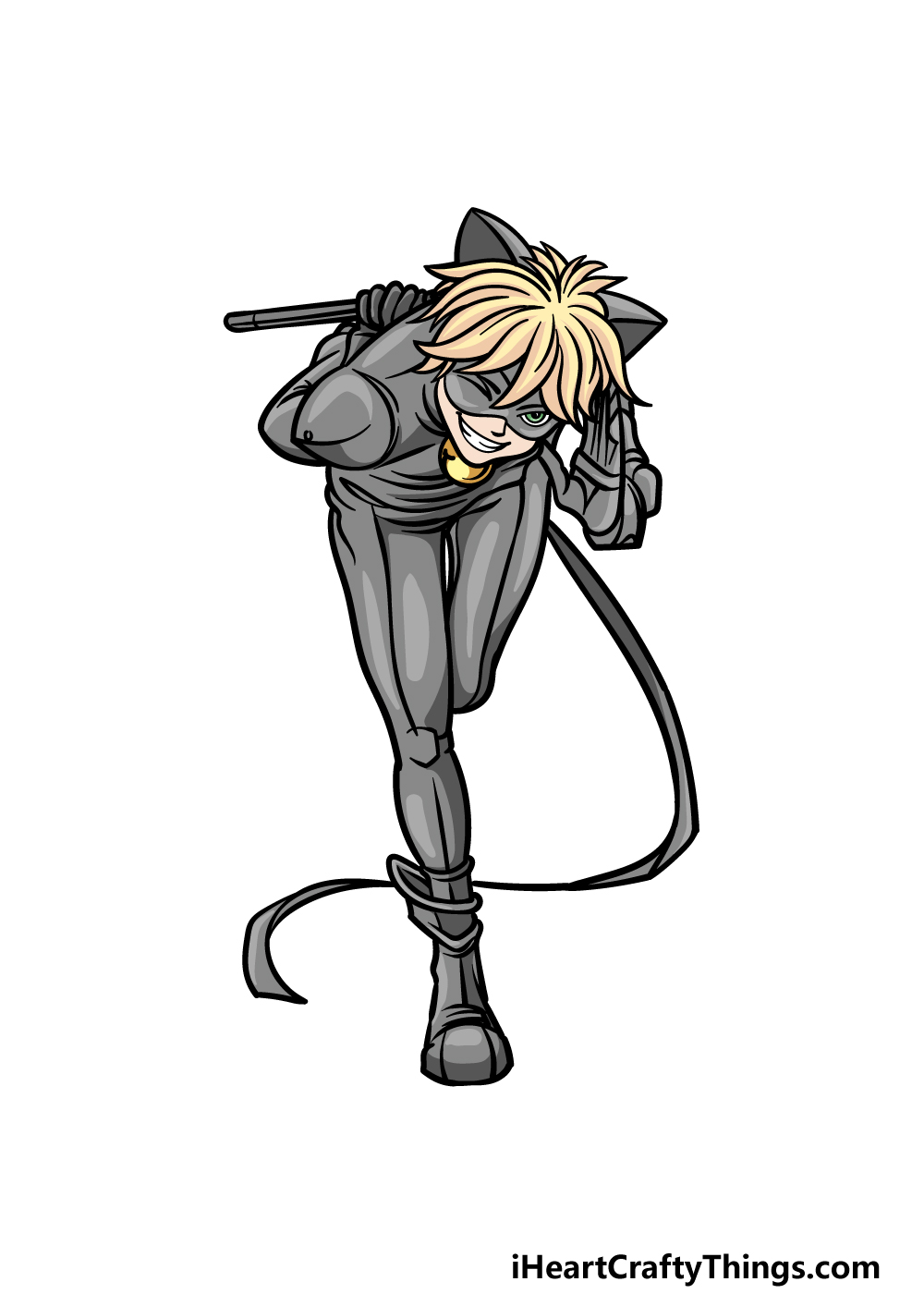 Unlike his crime-fighting partner Ladybug, Cat Noir has a rather dark and muted color scheme to his costume.

In our reference image, we went with this approach by using various shades of grey to add some variety to the color of this Cat Noir drawing.

You could use this as a guide if you would like these accurate colors for your own picture, or you could go for your own variations!

When you know what colors you would like, you can also have fun choosing and experimenting with various art mediums to achieve these color choices.

We can’t wait to see how you finish off this image!

Make your Cat Noir sketch even more heroic with these fun ideas!

This drawing of Cat Noir shows the stylish hero on his own and striking a cool pose. While he looks cool enough as he is, you could make him even cooler by adding his partner in heroism!

He often fights alongside the heroine Ladybug, and she would be a great addition. Not only would it complete the duo, but her red and black outfit would add a great color contrast for Cat Noir,

This portrayal of Cat Noir shows him in a rather detailed style, and this is how he appears in some incarnations. There are other interpretations where he is shown in a simpler cartoon style, though.

For a fun contrast, you could draw him in another style next to this detailed one. You could even try to replicate the pose to show what it would look like in another style.

What art style would you choose for this second portrayal?

Using a character from the series would be a great addition to this Cat Noir drawing, but you could also create a new character to join him! A good place to start would be to choose a theme.

We have already seen a character based on a cat and another based on a ladybug, so you could start by choosing another type of animal and then use it as a theme.

There are so many to choose from, so what theme would you choose for this artwork?

Finally, once you have decided which characters to add to this Cat Noir sketch or not, you could finish off with a cool background. This hero operates out of Paris, so that would be a great location to use.

You could look up some photos of the city and make sure to include landmarks such as the Eiffel Tower. This is one idea, but there are loads of different backgrounds you could also use instead!

What kind of background setting would you like to use?

Your Cat Noir Drawing is Complete!

You have completed all of the steps in this guide on how to draw Cat Noir, and you should be really proud of your amazing drawing!

This wasn’t an easy drawing to take on as there were many different small details and elements to get right. That’s why you should be extra proud of doing such a great job on it!

Now you can make this drawing your own by adding some more details, elements and ideas of your own. How will you put your own spin on the picture?

You can also head to our website when you’re ready for more awesome drawing guides. Be sure to check in often to never miss out on the new guides we will be bringing out. 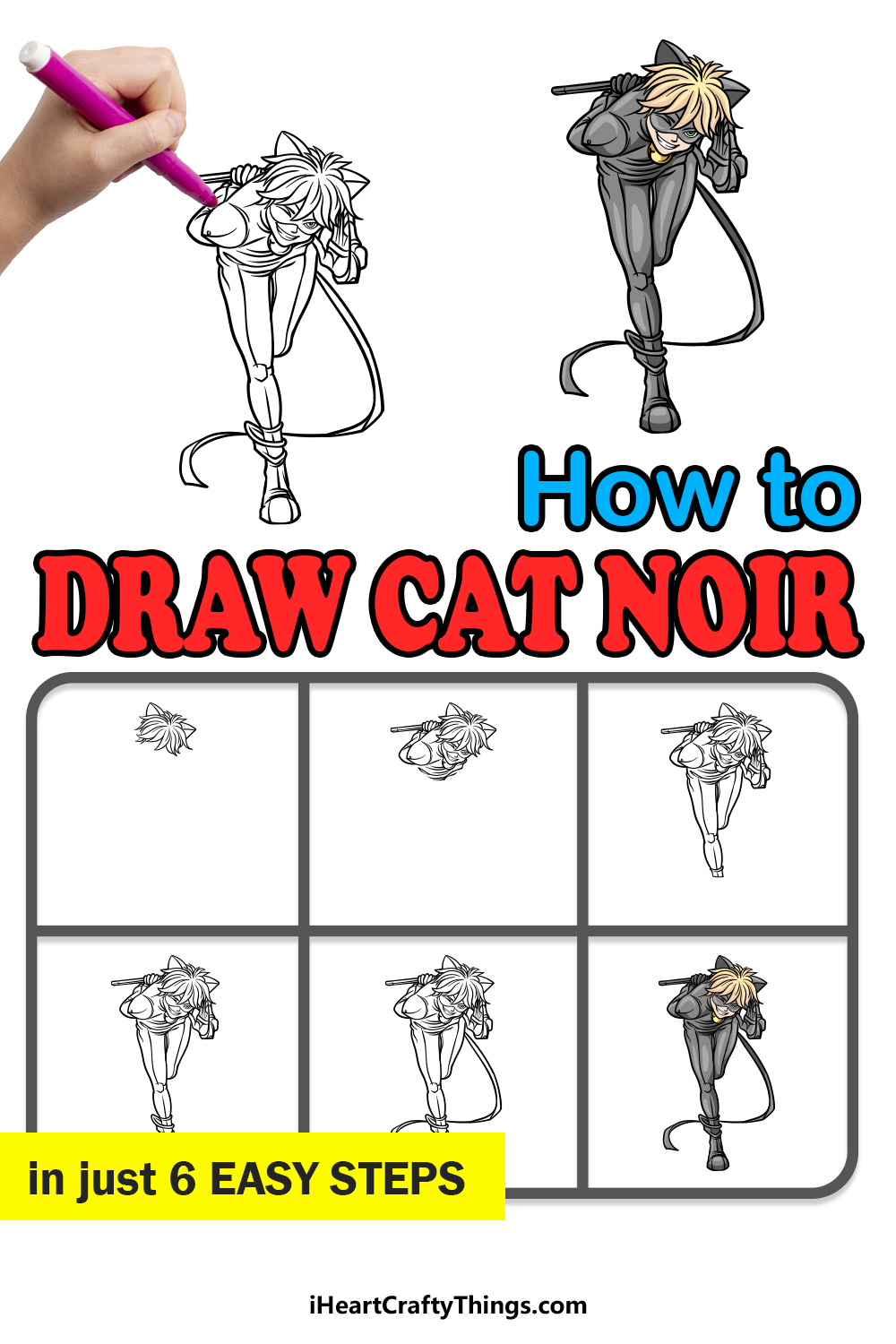 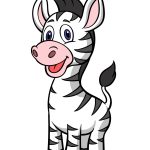 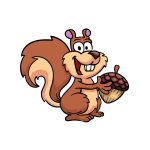