When it comes to spooky stories, there are many monsters that have become classics that appear in many stories, movies, video games and other forms of media.

Vampires come in many forms, but the most classic interpretation has them in cloaks with fanged teeth. This is the portrayal we will be working with in this guide on how to draw a cartoon vampire!

This guide will show you how to create your very own spooky vampire creation while having tons of fun doing so.

So grab some garlic, turn down the lights and prepare for this step-by-step guide on how to draw a cartoon vampire in just 6 fun and easy steps! 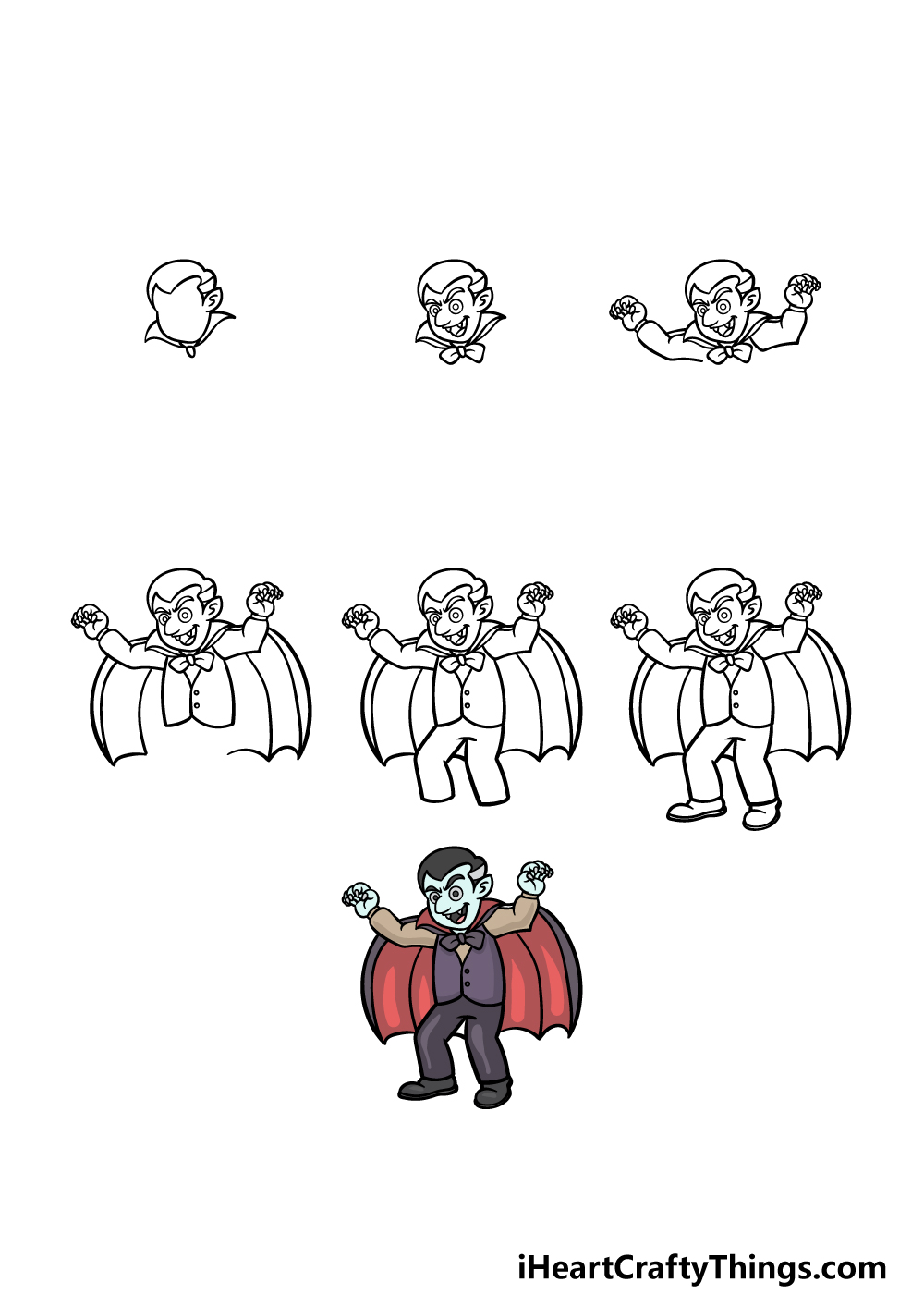 How to Draw A Cartoon Vampire – Let’s Get Started! 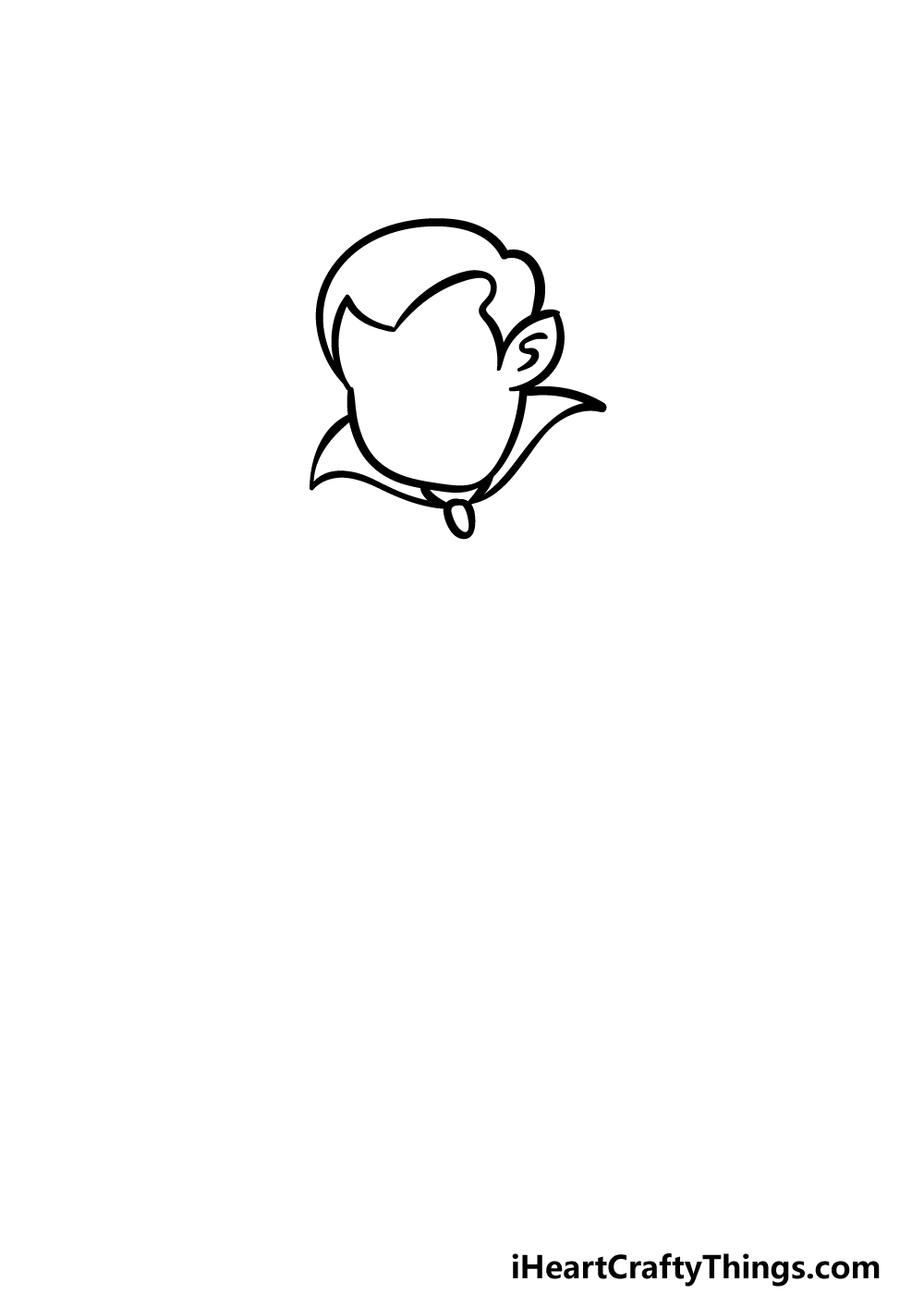 We will begin this vampire with his head and his collar. His face outline will be drawn using some rounded lines, and he will have a fairly large ear poking off the side as well.

Then, we will draw his hairstyle on top of his head. Try your best to copy these aspects as they appear in the reference image!

Then, we will draw his collar beneath his head. This will be drawn with more curved lines that have some pointy tips at the ends.

That’s all there is to it for this first step, and then we can move on to the next one! 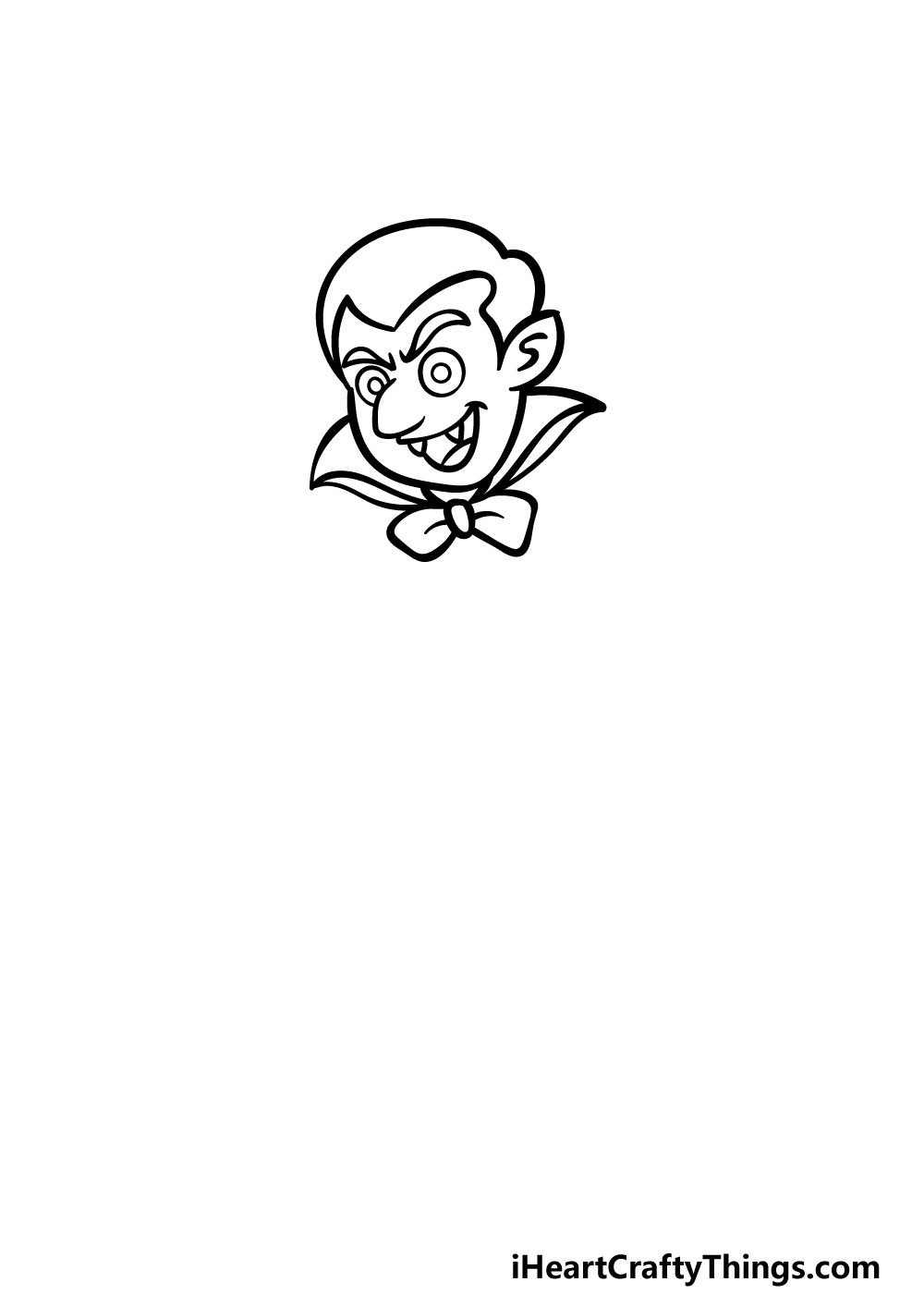 This count needs a scary face, and we will add one for him in this second step of our guide on how to draw a cartoon vampire!

First, draw his nose using a curved line with a pointy tip near the end. Then, we will draw some eyes for him. Simply draw two circles, and then add a smaller circle inside each of these.

We will then add some eyebrows above, these will be curved to give him a sinister expression. Next, draw a curved line for his mouth, and then give him some pointy teeth.

Finish off the bottom of his mouth, and then we can conclude this step with his bow tie.

Step 3 – Draw some arms for this vampire 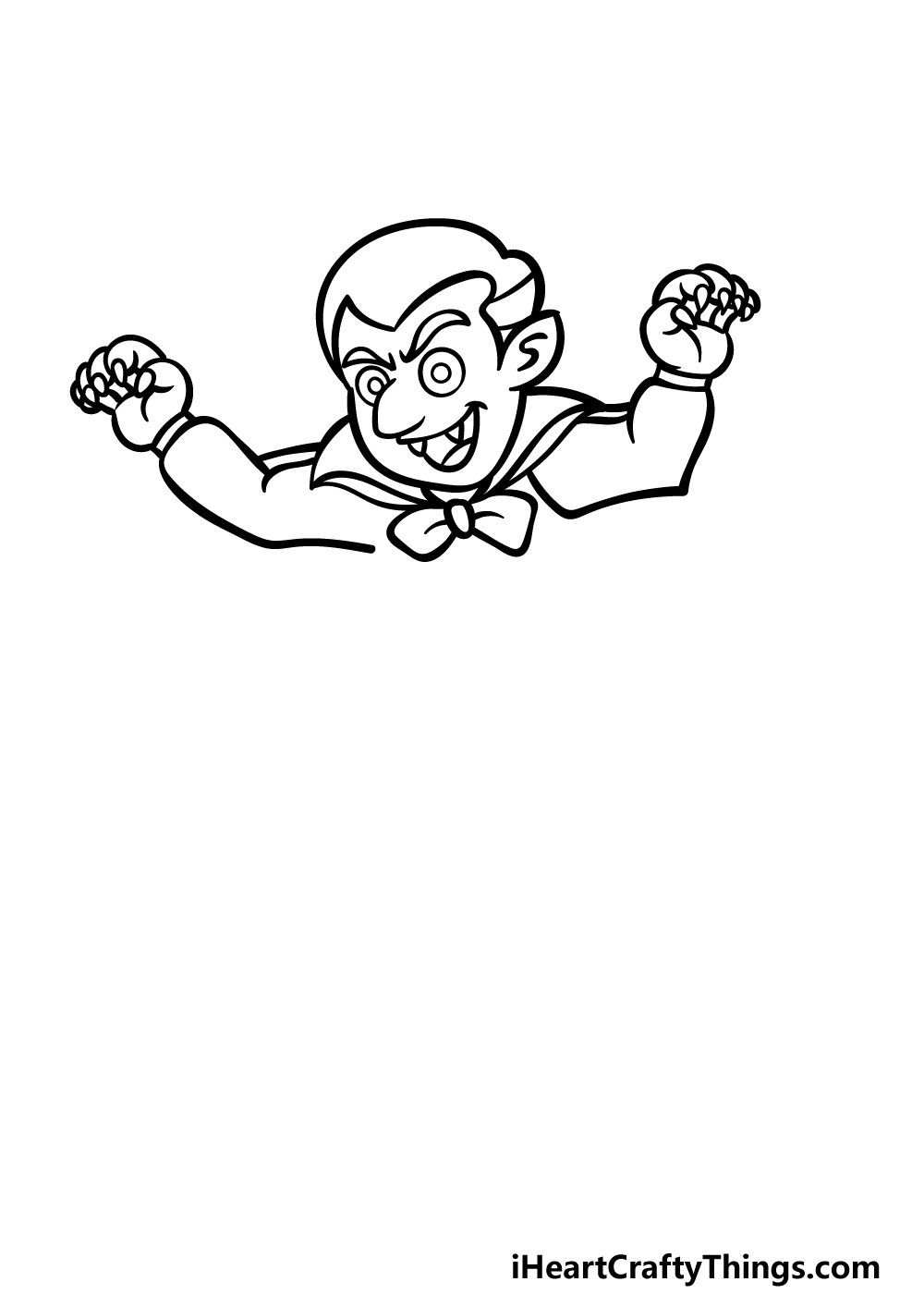 Our vampire seems to be trying to scare someone in this picture, as he has his arms and claws extended!

We can add these arms in this third step of your cartoon vampire drawing to finish off the spooky effect.

Use some curving lines coming from beneath his collar to begin these arms. As shown in the reference image, they will be bent upwards a bit in order to have them raised up.

Finish off with some rounded shapes and lines for his fingers, and then finish them off with some pointy nails. Then, we will be ready for step 4! 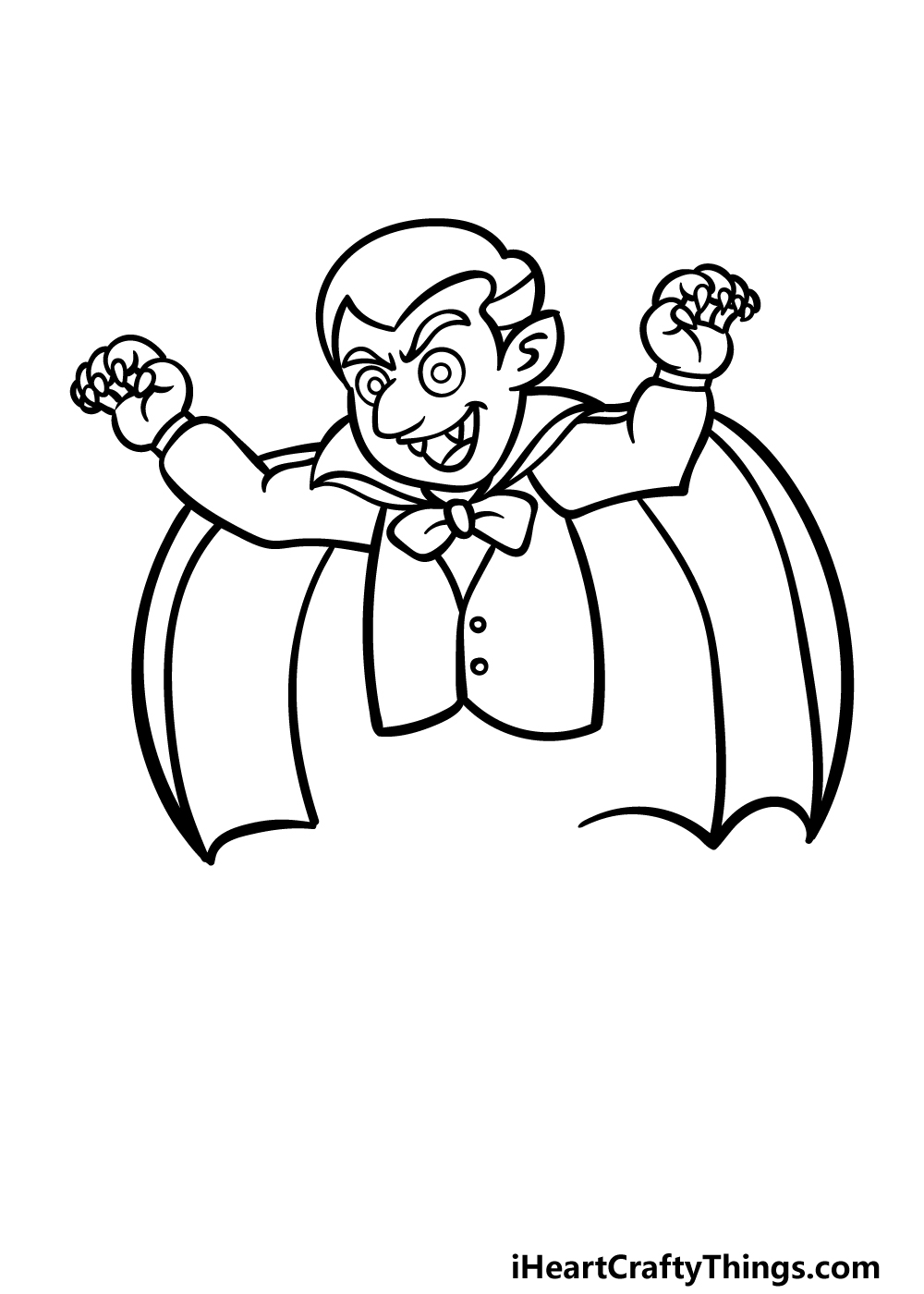 This cartoon vampire drawing is looking great already, and in the next few steps we will make him look even better by adding some clothing elements!

First, use some curved lines coming down from under his arms for his waistcoat. This will have a line going down the middle with two small round buttons holding it together.

Every great vampire needs a cloak, and we will add that in this step as well. This will also be drawn using some curved lines, and it will be separated into different sections.

Each section will have a pointy tip at the end, and then we can finish off this step! 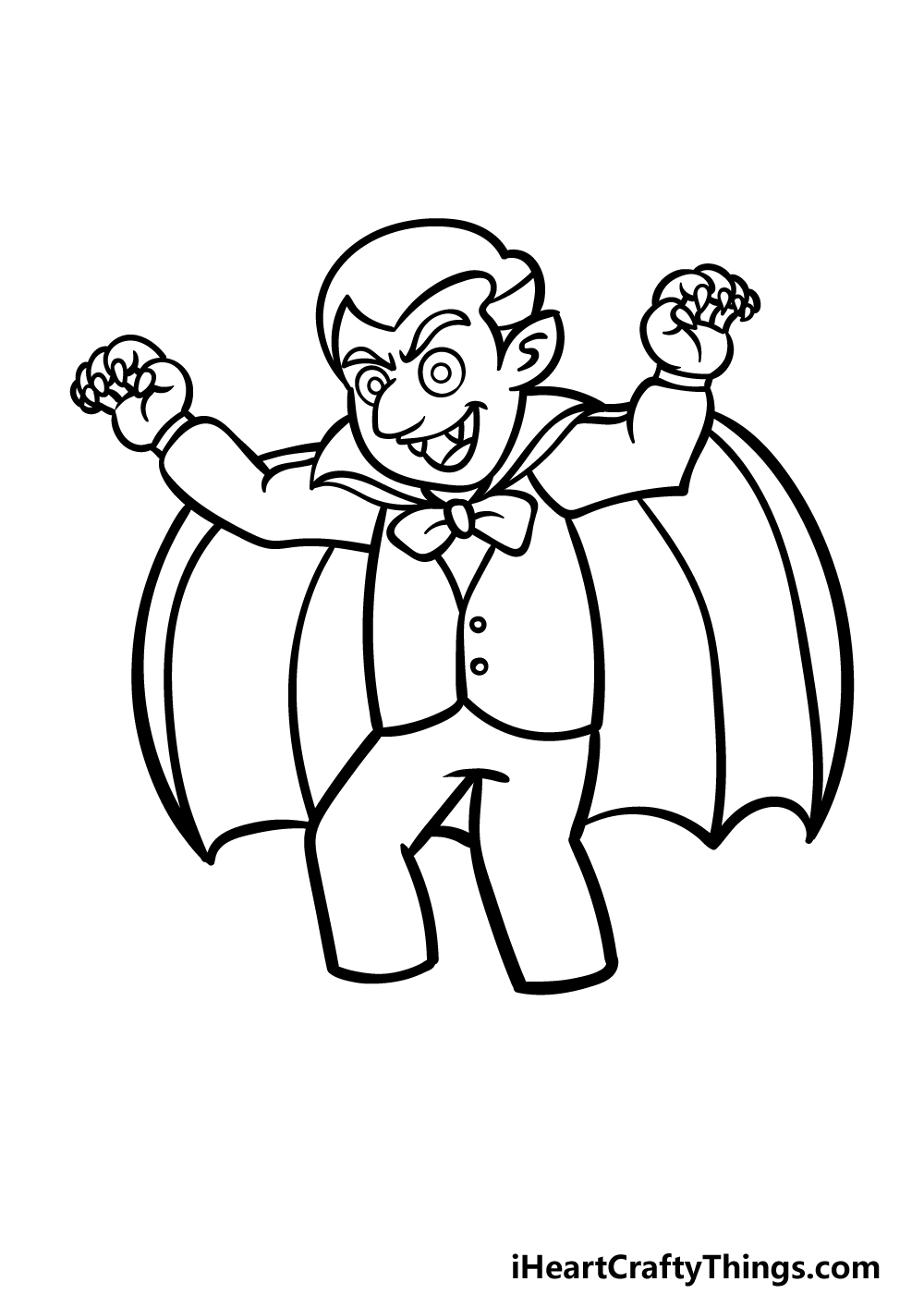 Continuing with this guide on how to draw a cartoon vampire, we will be drawing his legs next.

To finish off his pose, his legs will be slightly bent, and they will be drawn using some more curved lines.

Each leg of his pants will be drawn with a flat edge, and this is where his feet will go in the next step.

When we get to that step, we will also add any final details to really finish off this awesome cartoon vampire!

Step 6 – Now, add some final details for this cartoon vampire 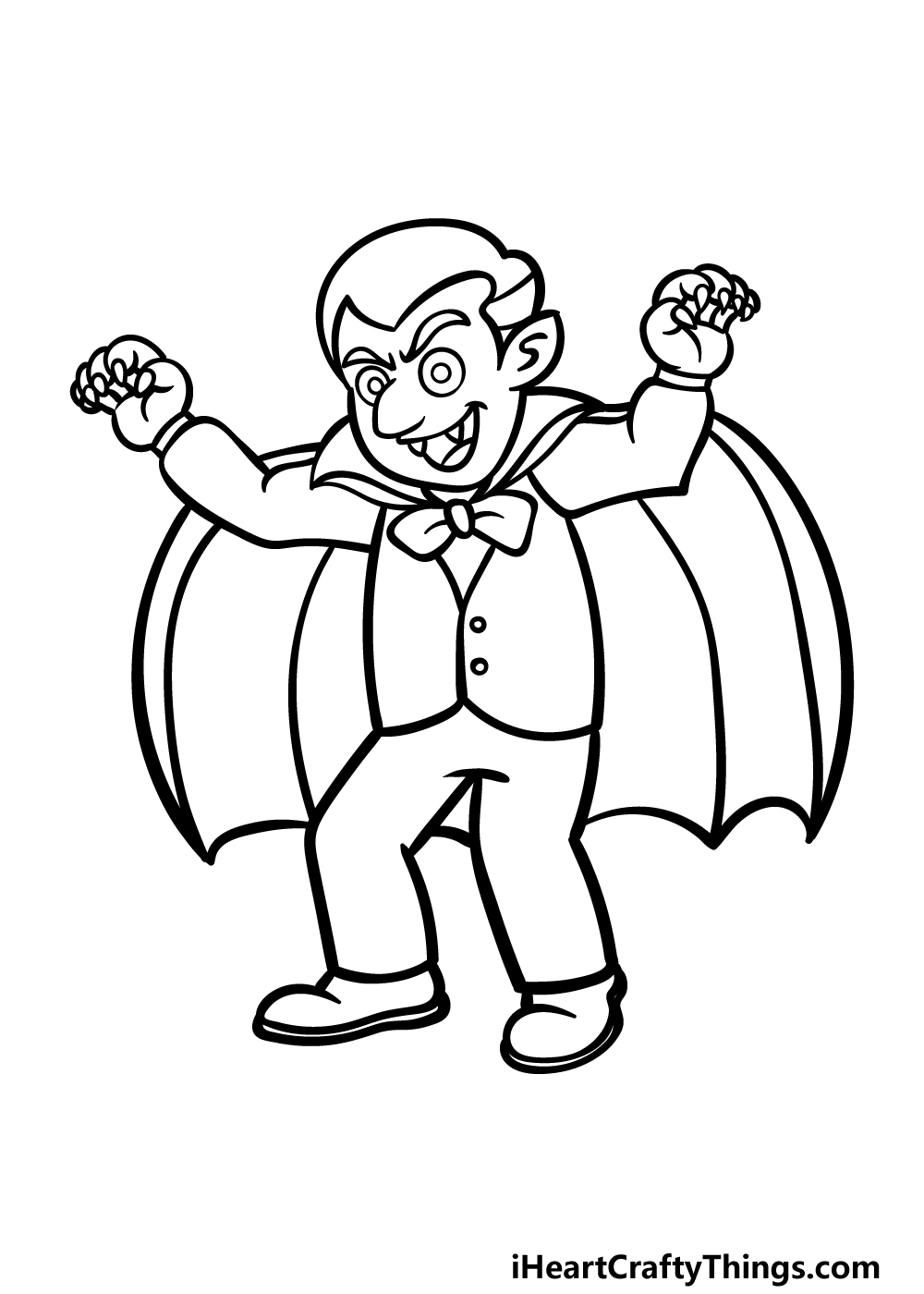 We will color this cartoon vampire drawing soon, but first we will finish off some final details. This will also be a step where you can add some extra details of your own.

We will go over what those could be soon, but let’s draw his shoes first. They will be rounded on top and flatter underneath, and once they’re added he will be complete!

As we mentioned, you can add some extra details of your own as well. These could include a background, and there are many different approaches you can take for this.

One fun idea would be to draw a big spooky castle in the background to reference the famous Dracula story. What will you add to finish off this image? 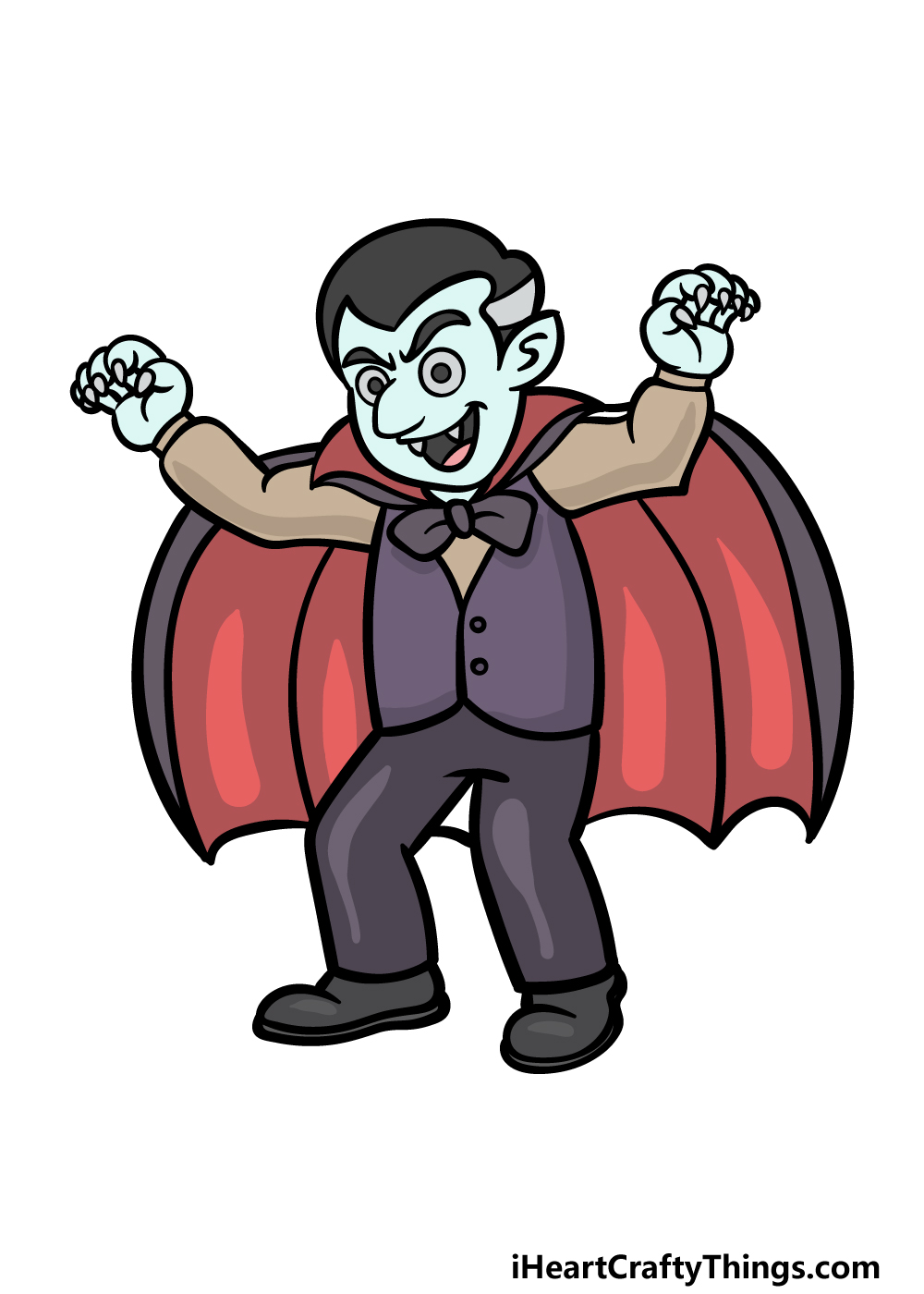 It’s time to finish off this vampire with some color! In our reference image, we showed you some ways that you could color him in. We used a pale blue for his skin to give him a creepier look.

Then, we used some milder shades of colors like browns, purples and reds for the various aspects of his clothing.

Do you think you will go for similar colors, or do you have other color choices in mind? This step is all about expressing your creativity, so don’t be afraid to experiment!

You can also change up the art tools and mediums that you use as you go for your color choices. We can’t wait to see what you go for!

5 Tips To Make Your Cartoon Vampire Drawing Even Better!

Make this spooky cartoon vampire sketch even better with these fun ideas!

This drawing of a cartoon vampire looks menacing enough as is, but you could add some small details that you would expect to be associated with a vampire.

For example, bats are often thought of when vampires are mentioned. You could add some flapping bats surrounding this cartoon vampire to make it more thematic!

What are some other small details you could add?

Next, there are some larger objects and details you could add as well. For example, vampires are said to sleep in coffins.

You could show a cozy coffin bed behind the cartoon vampire to show where he has just awoken from. Can you think of any other similarly larger objects you could add behind this cartoon vampire?

One vampire is spooky enough, but what if there were more than one? You could dial the spookiness up to 11 by adding some more vampire pals.

The design of these additional vampires would be totally up to you, and you could portray some fun poses as well.

You could use some famous movie vampires to help you as you draw if you need some inspiration.

Another way to make this cartoon vampire drawing even better would be to add other famous monsters. There would be so many famous movie monsters you could add to do this!

Some classics would include zombies, mummies and werewolves. You could also go for some more general designs like evil clowns or slasher movie villains like Jason Voorhees.

Who would you add to create a horrific posse?

Finally, the best way you could finish off this cartoon vampire sketch would be to add a background.

This could be done no matter which tips you did or did not decide to add previously.

The recommended approach would be to go for a spooky background. This could include elements like scary castles, haunted houses or misty graveyards.

What are some settings you could use for this cartoon vampire scene?

Your Cartoon Vampire Drawing is Complete!

Vampires can be rather spooky, but we hope that this guide on how to draw a cartoon vampire wasn’t scary to take on!

As long as you follow all of the steps, you will be able to draw this creepy count in no time. Then you can add some of your own details, ideas and color choices to really make it your own!

Your fun can then continue on our website where tons of awesome drawing guides are waiting for you. More are coming soon as well, so make sure to keep checking in! 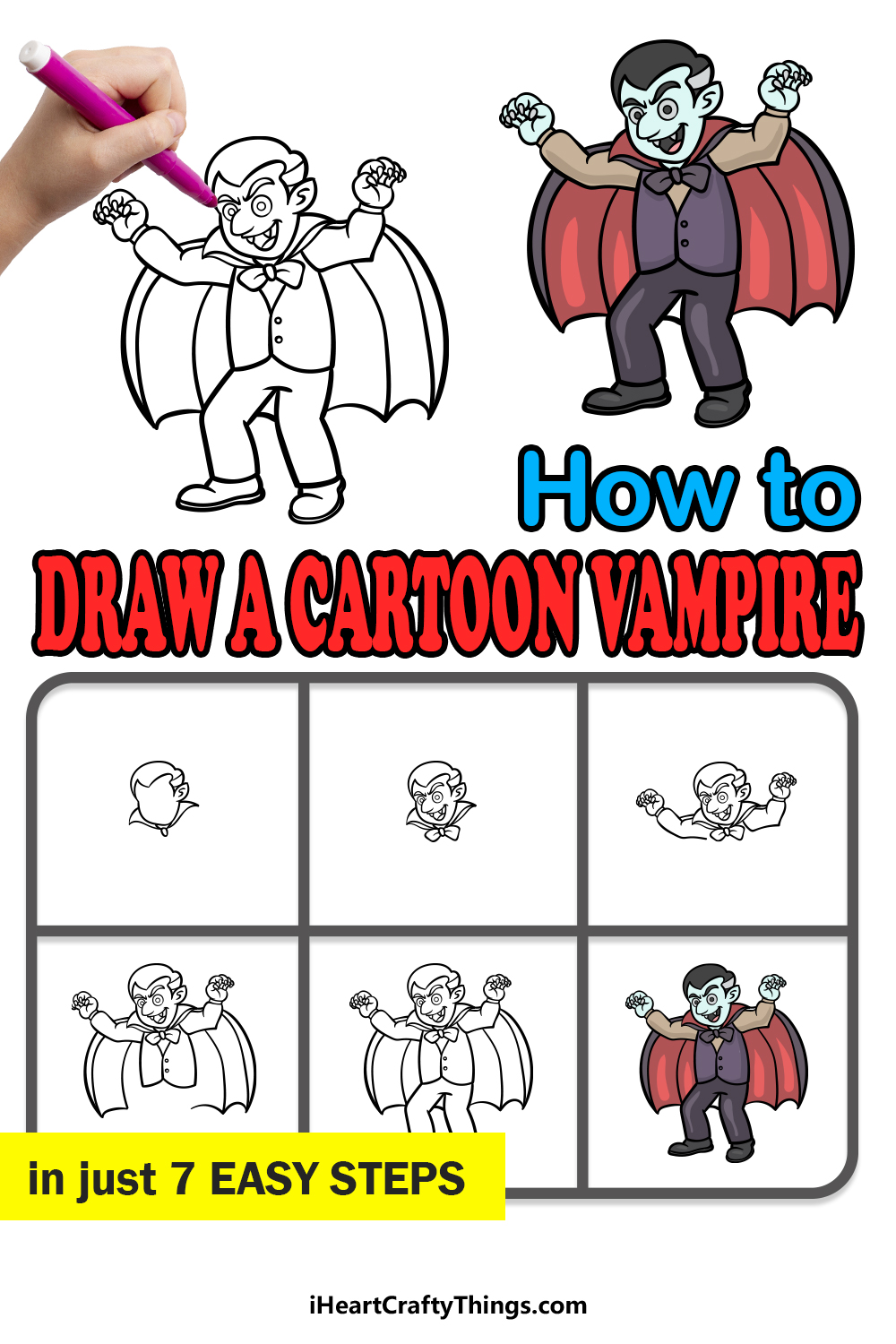 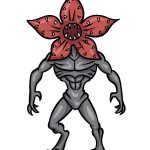 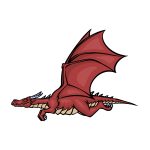