Fire is one of the most incredible phenomenons that we can witness in nature! It has no weight or solid form, but it can still be either incredibly useful or incredibly dangerous.

It is often used symbolically in artworks, but even when just depicted as it can be hard to learn how to draw a cartoon flame.

While it can be hard, it can also be made much easier when you know what to do! That’s what we will be here to uncover as we work through the 6 steps we have provided for you.

We hope that you will enjoy this step-by-step guide on how to draw a cartoon flame in 6 fun and easy steps that we have prepared!

Be sure to grab a fan and cold beverage so you don’t work up too much of a sweat during this art challenge. 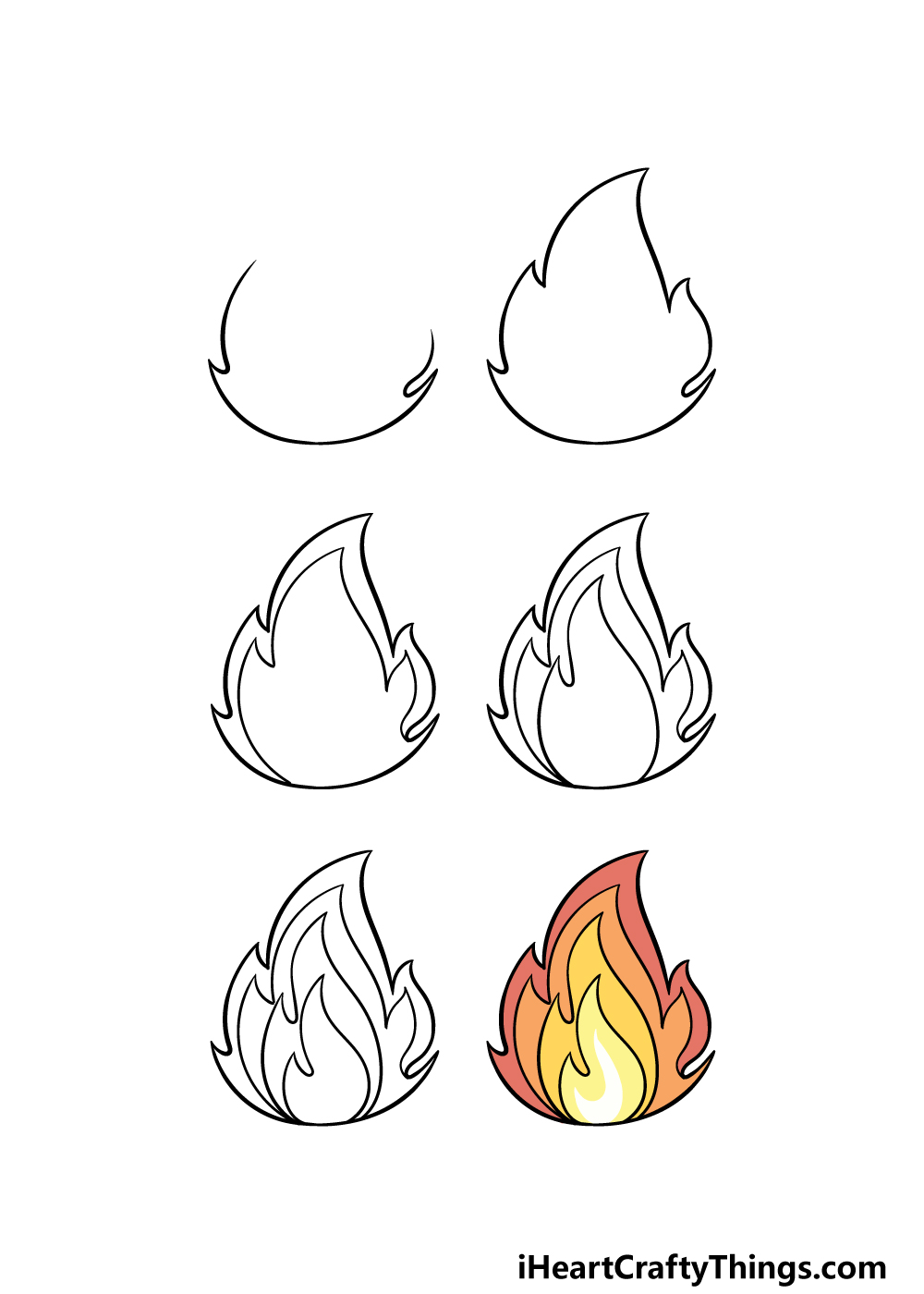 How to Draw A Cartoon Flame – Let’s Get Started! 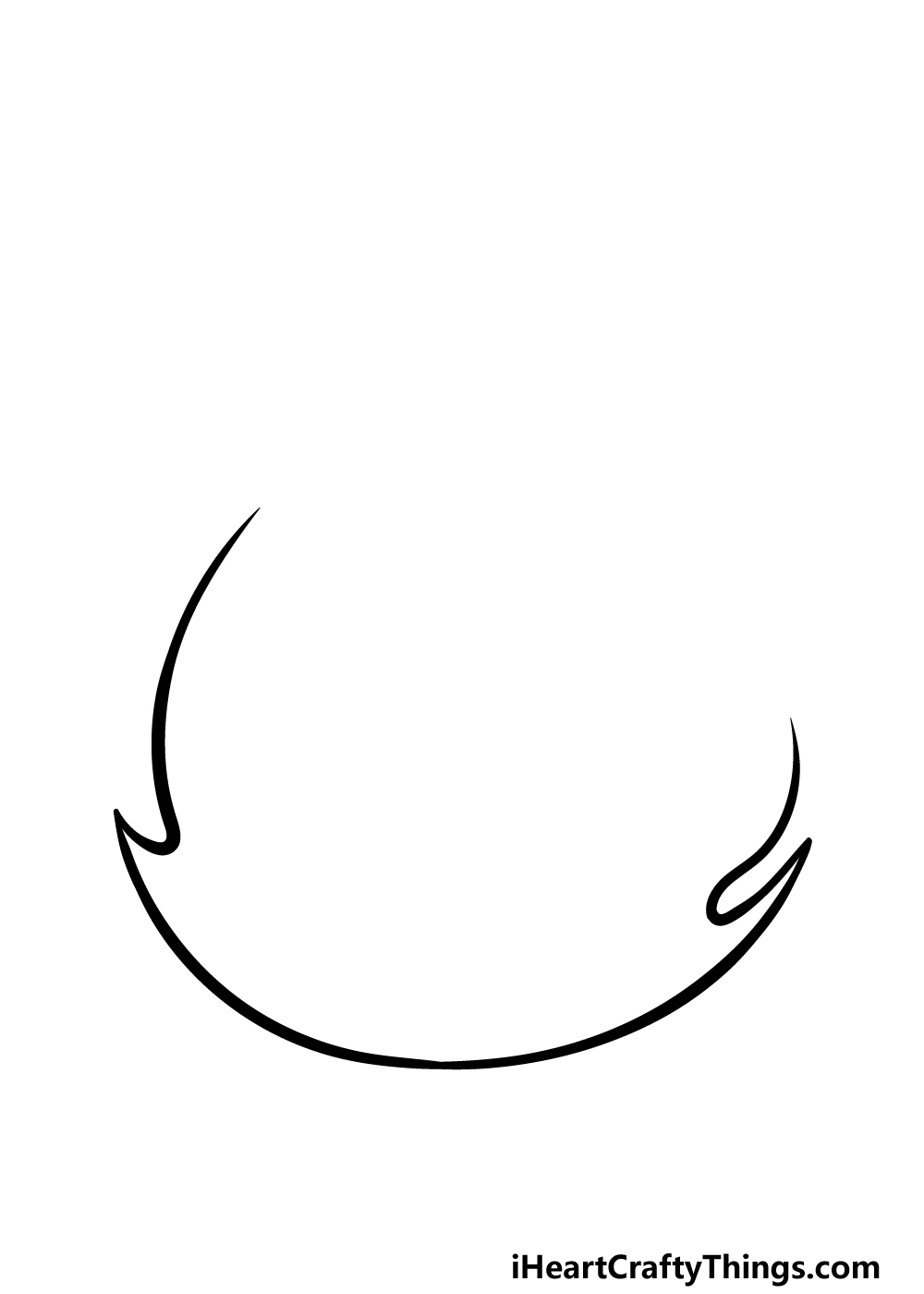 Let’s begin this guide on how to draw a cartoon flame with the base of the flame! Fire is constantly changing its form, so don’t worry about getting it to look exactly like it does in our reference image.

As you can see, we used some curved, rounded lines that have very sharp, pointy tips extending off of them for the flickering flames.

When drawing your own version, you could add more or fewer of these pointy bits if you like, but be sure to have at least a few! The top of this flame will be blank for now, but we will fill it in soon.

Step 2 – Now, draw the rest of the fire outline 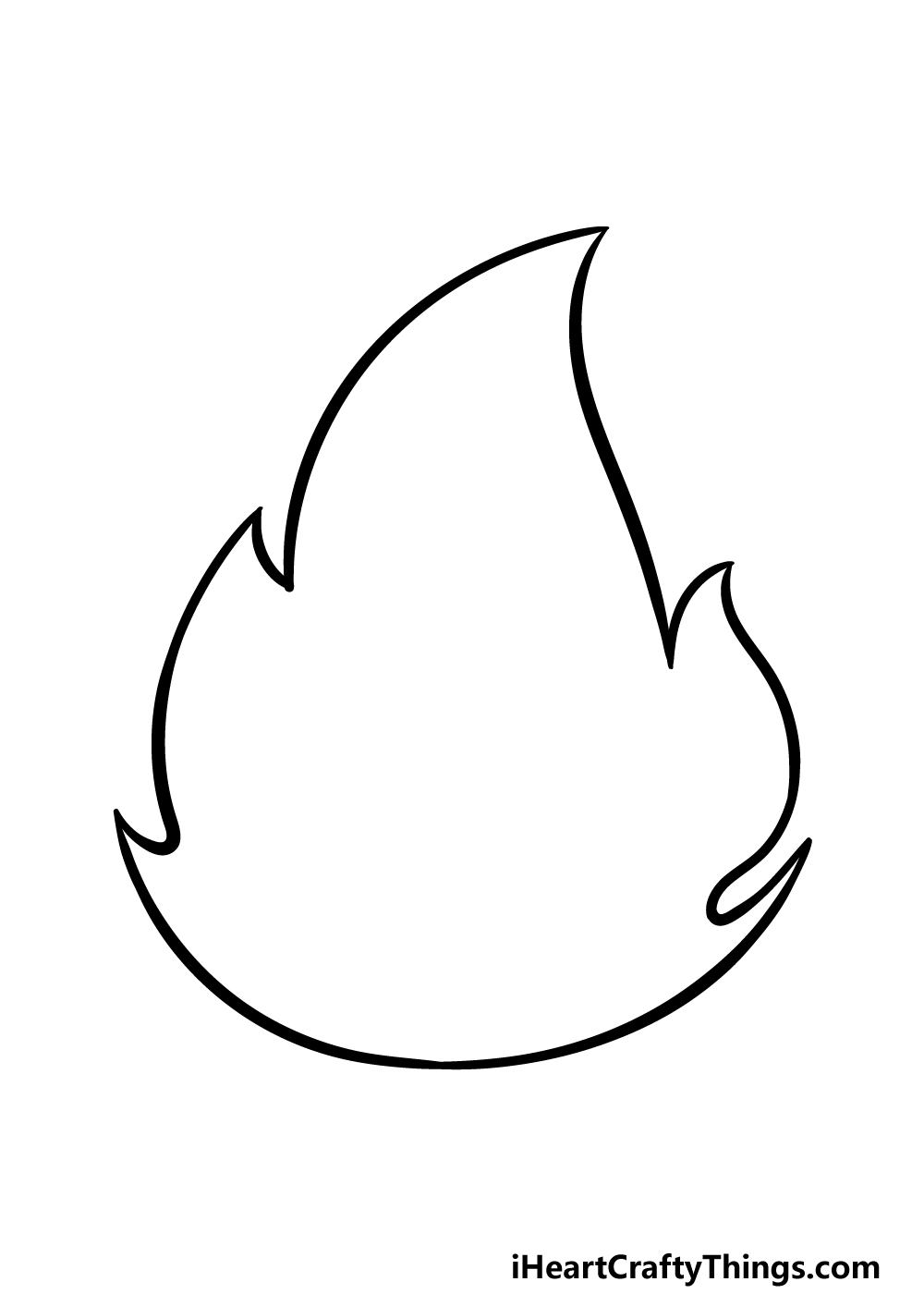 Continuing with this cartoon flame drawing, we will now finish off the outline of the flame that you started in the previous step.

As you can see in our example, we added two more sharp flickers on the sides. Then, we used even more curved lines that culminate in a sharp, rounded tip at the top.

This sharp portion will be much larger than any other of the pointy sections you’ve drawn so far.

Step 3 – Next, draw another layer for this cartoon flame 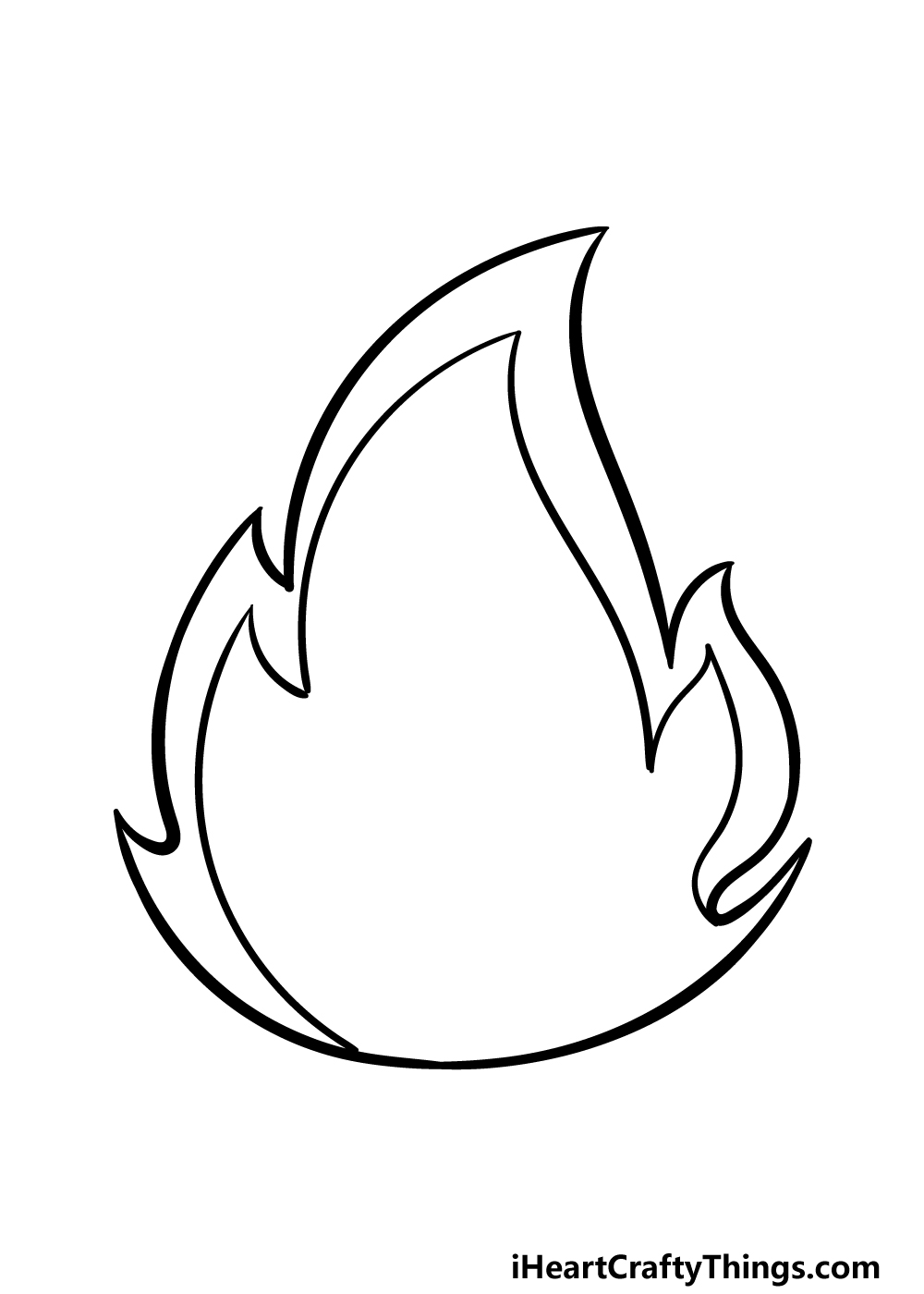 In this third step, we will be drawing another layer inside of this flame. These lines will mostly mirror the outer outlines that you drew in the first two steps.

These lines will help to add a bit more definition to the flame that you’re drawing, and they’re just the start of these kinds of details that we will be drawing!

Try your best to have this layer quite close to the outline, as we will be adding two more layers inside of it and we will need space for these ones.

Step 4 – Now, draw another layer for this flame 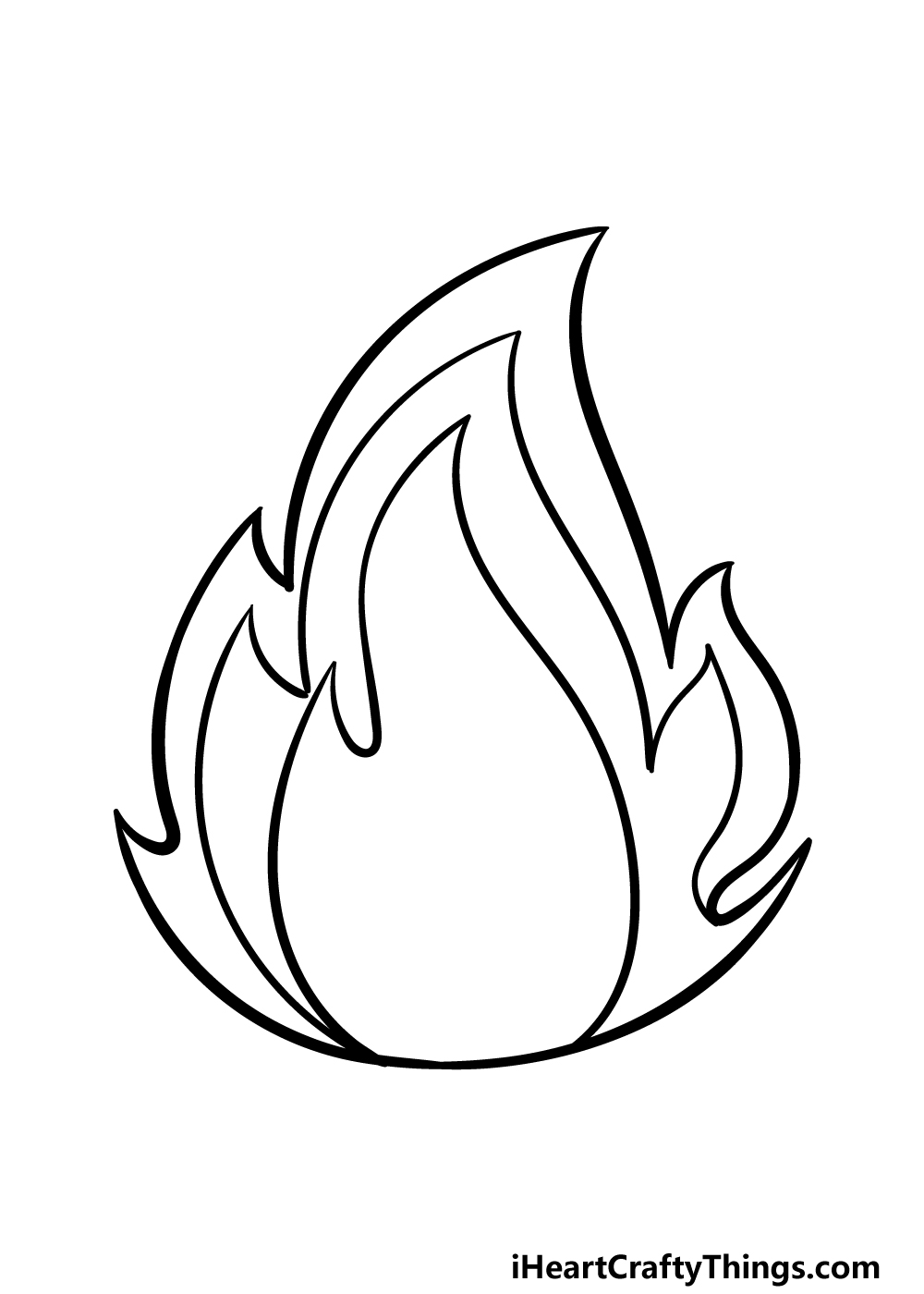 This fourth step of our guide on how to draw a cartoon flame will see you adding another layer to the flame.

This next layer will be a bit different from the previous layer, as shown in the reference image. That previous layer mirrored the main outline rather closely, but this one won’t follow that same idea.

Instead, it will very roughly follow the outline of the previous layer. Instead, this one will only have two pointy extensions poking off of it; one on the left and one on top.

Otherwise, it will be rather rounded and curvy. We will then be ready to add the final elements and details in the next step of the guide!

Step 5 – Add the final details to your cartoon flame drawing 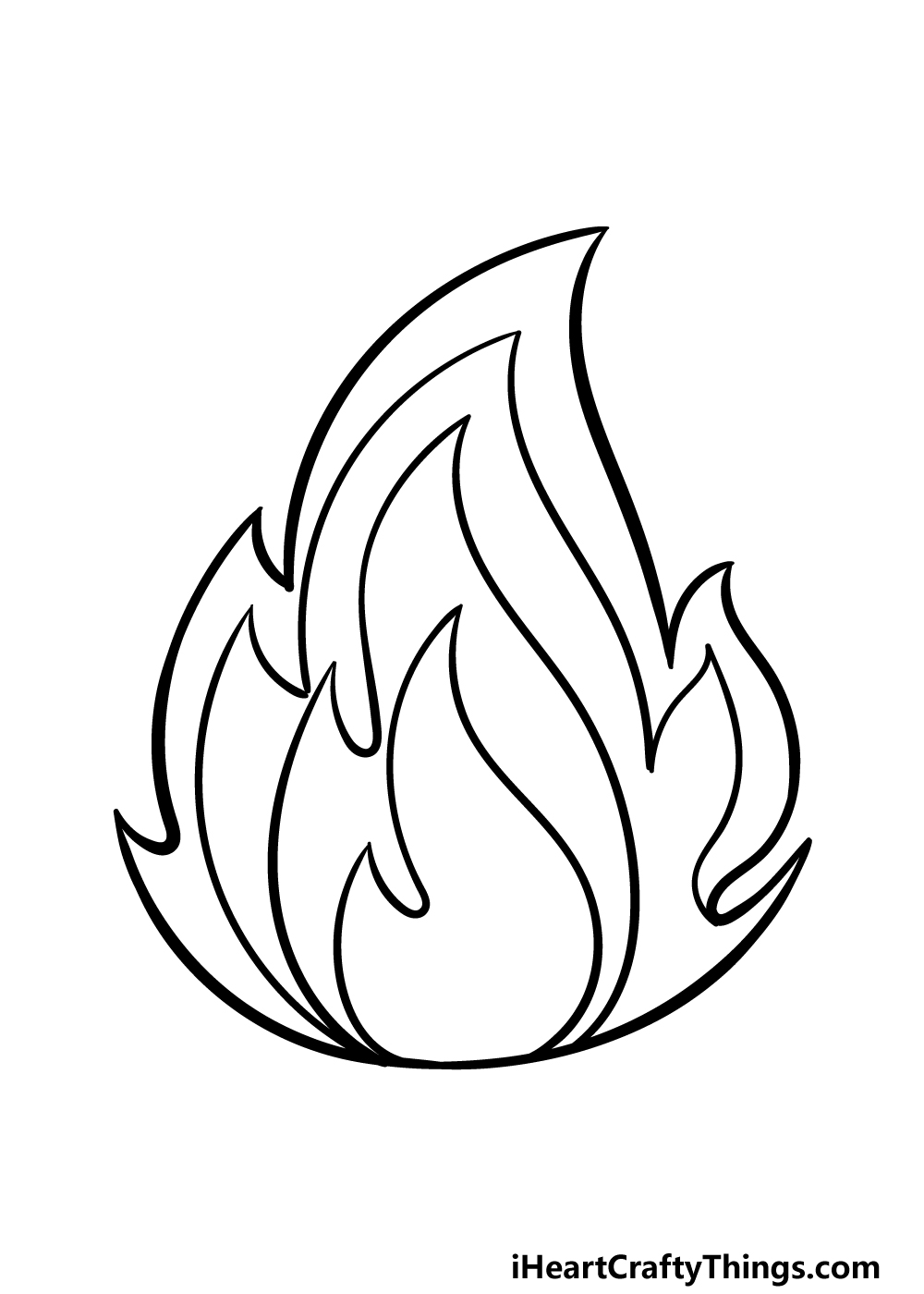 Now you’re ready to finish off the final details of this cartoon flame before you add some final details in the last step! The main thing to do in this step will be to add the final layer of the flame.

Once again, this one will be the same general shape as the previous layer, and it will naturally be the smallest of the lot.

As we mentioned earlier in the guide, you could also change up the shape a bit if you wish to create your very own variation!

When you have finished the design, you could also add some extra details of your own.

One idea would be to draw the wood that is underneath this fire, and you could add other details such as stones around it.

You could also draw some cartoon people sitting around the fire roasting marshmallows or telling spooky stories! How will you finish this one off?

Step 6 – Finish off your cartoon flame drawing with color 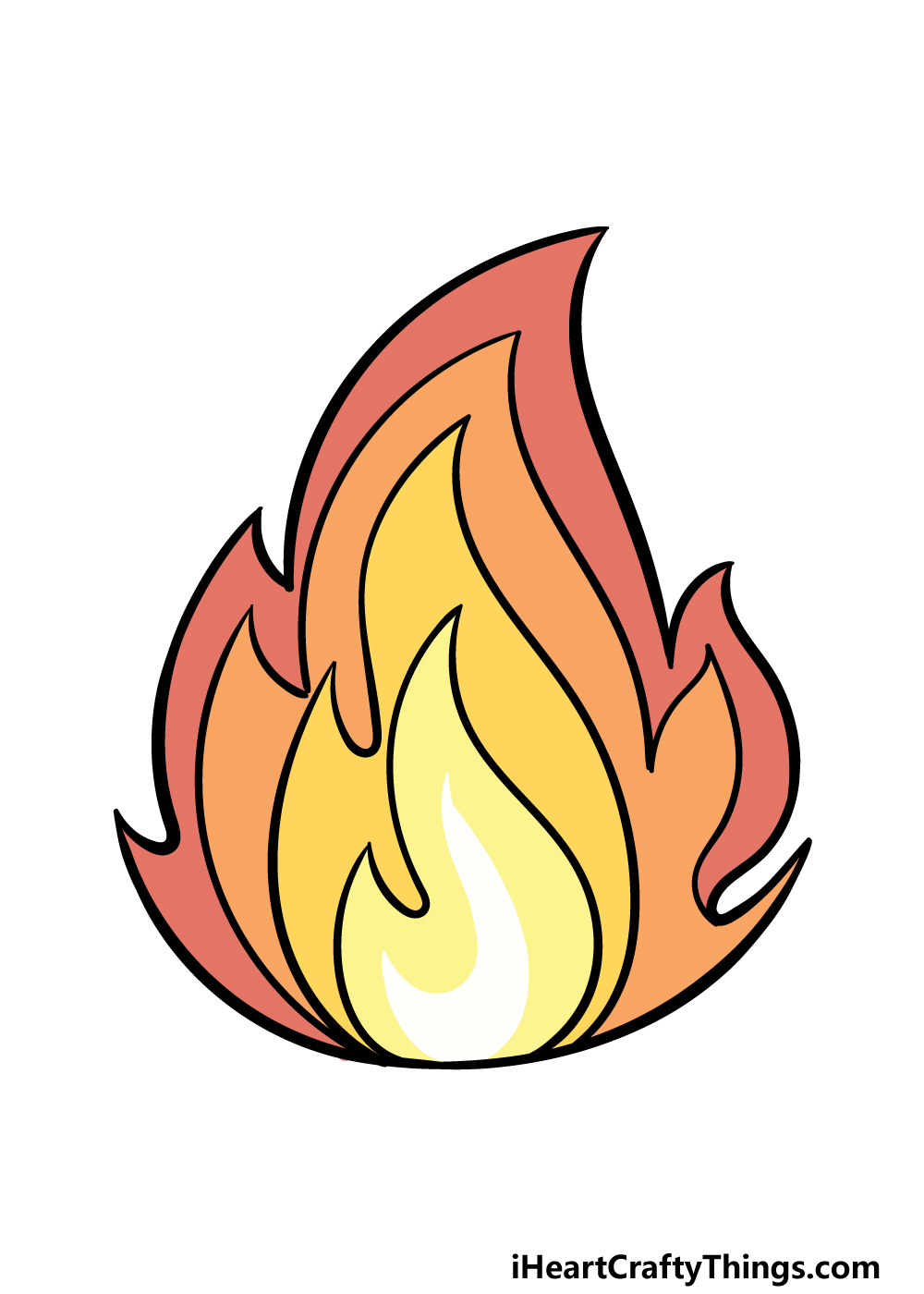 That brings you to the final step of this cartoon flame drawing! In this one, we will be finishing off with some colors. Fire is by its very nature rather hot, so we used lots of hot colors for this fire.

That means different shades of red, orange and yellow for this fire. You could use similar colors for your own cartoon flame, but don’t be afraid to change it up if you wish!

There are loads of different art mediums you could use to color it in. We would recommend watercolor paints, as these create a softer look that goes well with how fire looks.

What mediums and colors will you use for this fire?

Make this cartoon flame sketch look even better with the help of these 4 ideas to try!

Now that you have created this drawing of a cartoon flame, you could make it look even bigger or maybe change the shape. You have the basics down, and now you can customize it as you wish.

It could be as simple as having the flame bending in a certain direction as the wind blows on it. Or, you could maybe make it a flaming inferno by having it be much larger!

How else could you change the cartoon flame you have created?

Once this cartoon flame looks as you want it, you could also add some additional elements that a flame would need. This could include the fuel that the fire is feeding from.

The easiest way to do this would be to show a pile of wood that the fire is using. You could also include details such as smoke and sparks to make the flame look even more realistic!

Then, you can take your cartoon flame drawing even further by adding a background to finish it off. One easy setting to create would be a campsite, showing the flame burning a pile of firewood.

Or, it could be in a fireplace in someone’s home or it could be at the end of a wooden torch someone is using to explore a mysterious cave.

These are just a few examples, but they show how you can have a background that’s as simple or complicated as you like!

Finally, you could use some cool art mediums to make your cartoon flame sketch even better. Fire has no physical structure in real life, so the softer you can make it look the better.

The trick here is to use as few firm outlines as you can. One way of doing this would be to use some soft coloring mediums such as watercolor paints to make the colors look nice and soft.

Any other mediums you have could also work though!

Your Cartoon Flame Drawing is Complete!

We hope that you had an incredible time working on this guide on how to draw a cartoon flame that we created for you!

Fire can be surprisingly hard to draw, but as long as you follow all of the steps we have laid out then we know that you will do a great job. This is also about showing off your own creativity!

You can do that by adding some extra details and other elements to really finish it off. We spoke of a few ideas you could try, but you should feel free to add any of your own ideas as well!

The fun doesn’t have to end here, though. You will find many more awesome drawing guides to enjoy on our website.

These cover a huge range of subjects, so there’s plenty to keep you busy. We plan to release many more soon as well, so stay tuned!

When you have completed this cartoon flame drawing, you can share your artwork on our Facebook and Pinterest pages for us to see how it turned out! 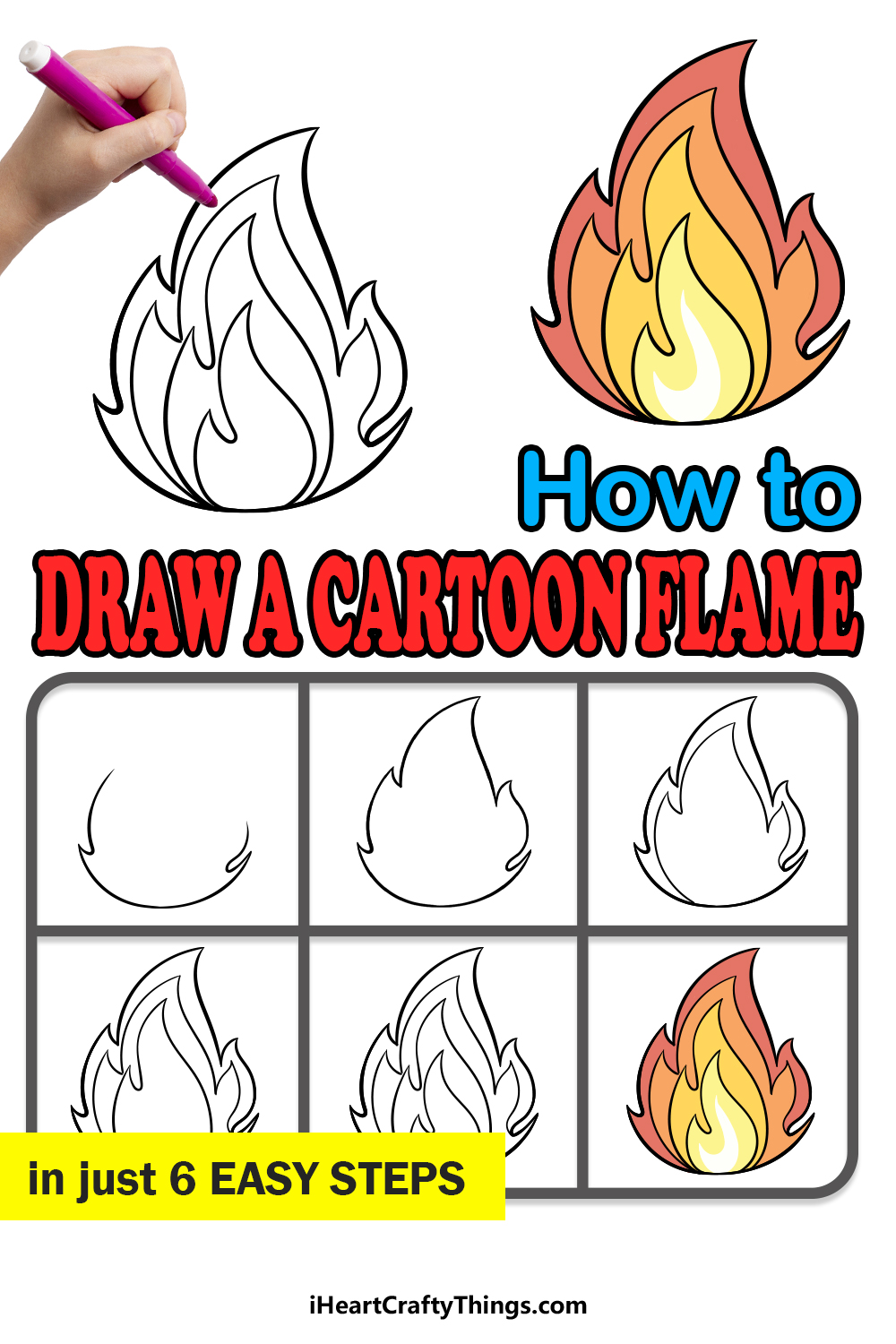 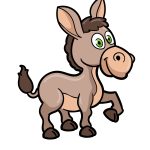 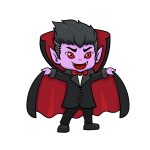