In 1977, the world was first introduced to the Star Wars universe, and things would never be the same!

Since then, the series has dominated media with countless movies, TV shows, video games, books and more.

Recently, there was great excitement when a new film trilogy was announced. There were many new characters introduced that won over fans, and one of them was the adorable droid BB8.

This rolling character may look simple, but he is covered in small details, which can make it a challenge to learn how to draw BB8.

This tutorial will be perfect for any Star Wars fans that love this newer addition to the roster!
Get ready for a drawing adventure with this step-by-step guide on how to draw BB8 in just 6 steps! 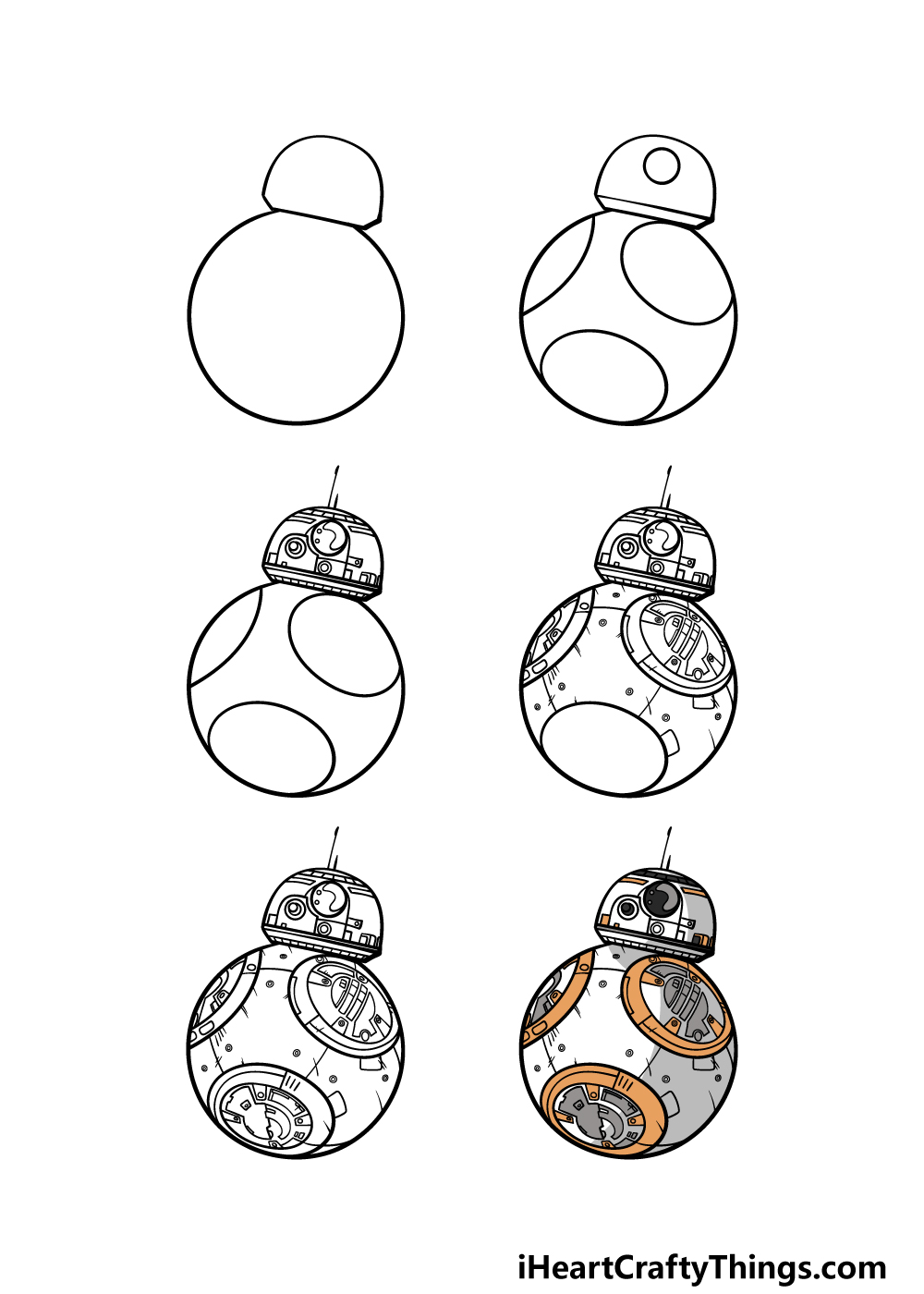 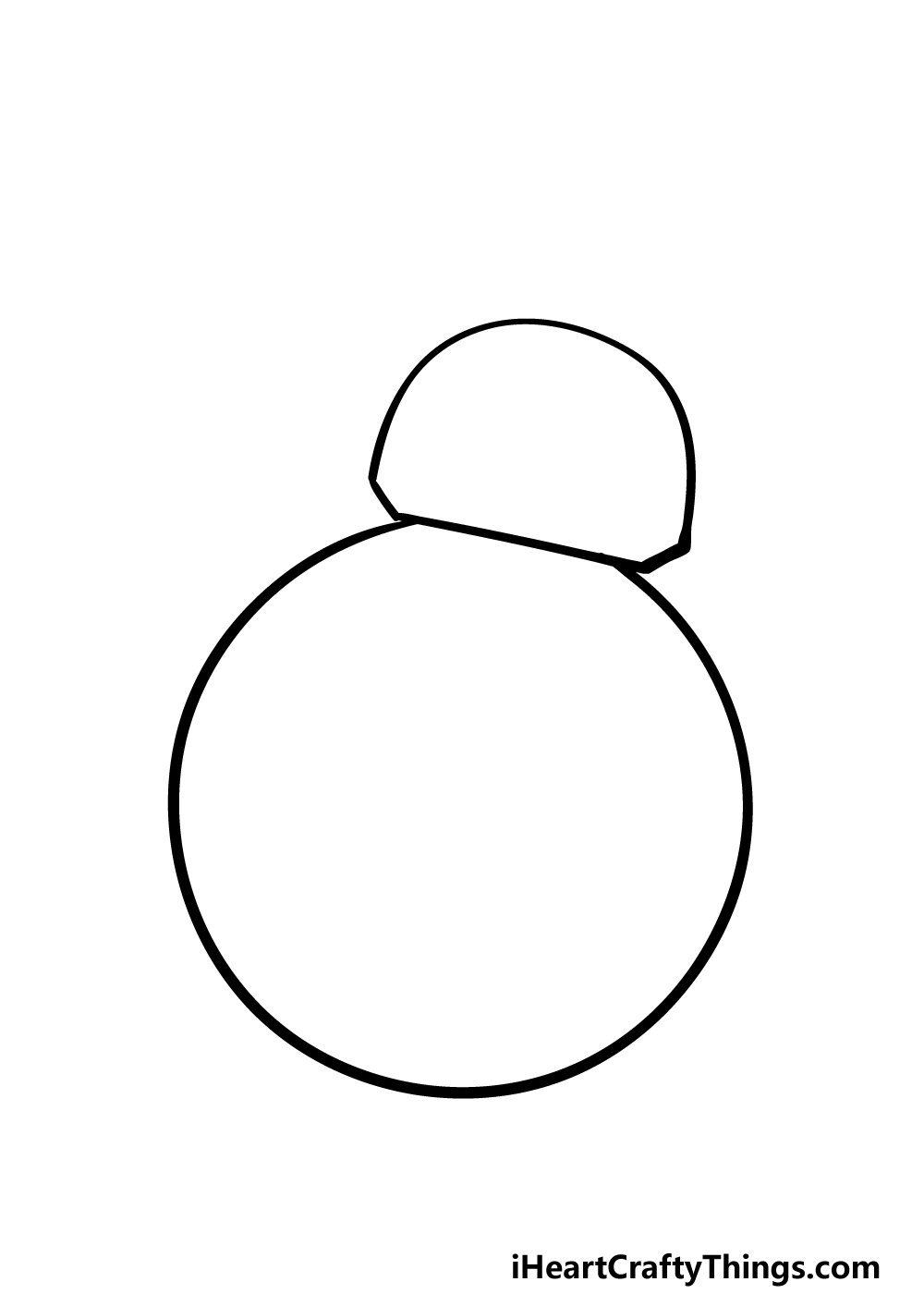 The design for BB8 is simple yet effective, and this simplicity is part of what has made BB8 one of the most recognizable creations from the newer films.

Where the difficulty in drawing him lies is with the smaller details, so we shall make this easier by breaking it down.

We shall start this guide on how to draw BB8 by drawing the outline for his head and body. First, we will be drawing a large circle for his body.

This can be made much easier by using a tool such as a drawing compass. Be sure to leave a space at the top of it for his head!

Speaking of his head, this can be drawn with a curved line for the top of it, and then the base will be flat against the body. With these outlines drawn, you will be ready for the second step of the guide.

Step 2 – Now, draw the start of some of the interior details 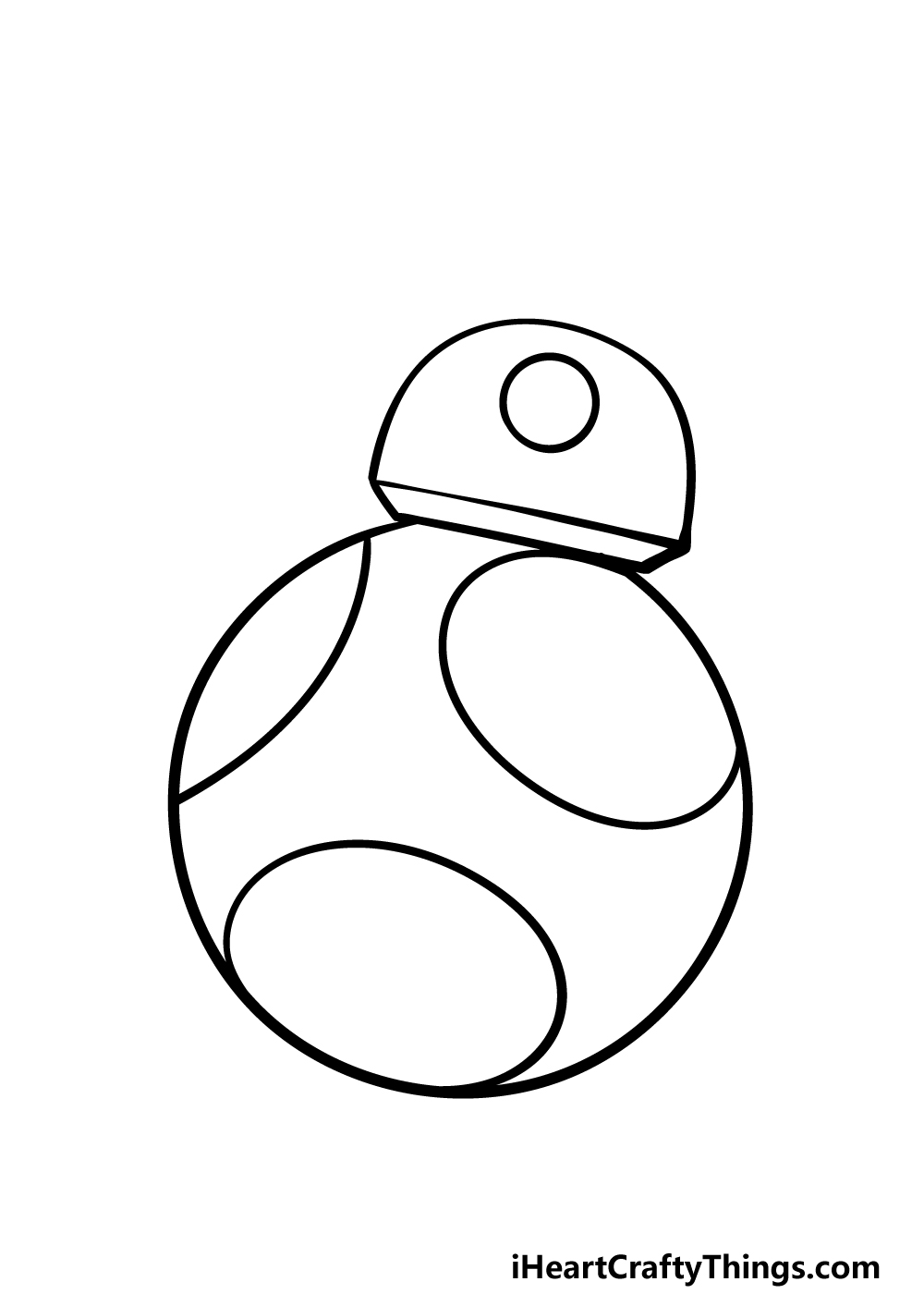 The inner details and features will be the trickiest part of this BB8 drawing, so we will start simply in this second part. First, draw a small circle near the center of his head.

Then, we will be drawing three flattened circle shapes inside his body outline.

When drawing these, try to copy them directly as they appear in our reference image, as their shapes and placement will be very important later.

Then, we will start adding some of the finer details in the third step of the guide.

Step 3 – Draw some of the finer details for BB8 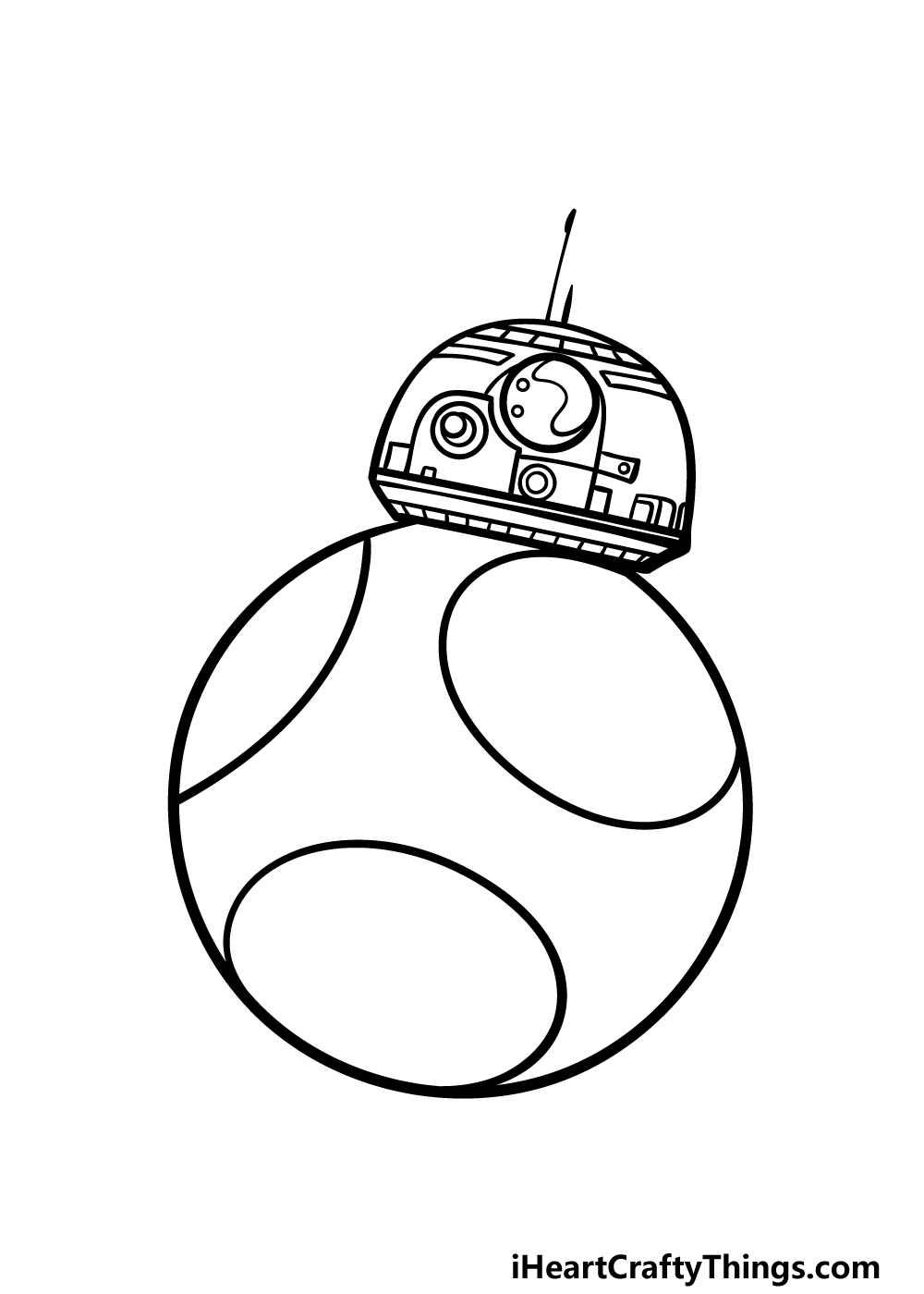 Now you’re ready to start on some of those finer details we’ve spoken about previously in this guide on how to draw BB8.

These details may look intimidating as a whole, but all of the details are drawn with pretty simple shapes when you look closer.

First, draw some reflective details into the circle that you drew in his face earlier.

We will then be adding some more detailed circular elements throughout his head, and then there will also be some curved line details throughout.

There’s no rush, so try to take it slowly and replicate all of our details in your own time until you’re happy with it!

To finish off, draw some small, simple antennae coming from the top of his head, and then we can move on.

Step 4 – Next, draw some finer details for the body 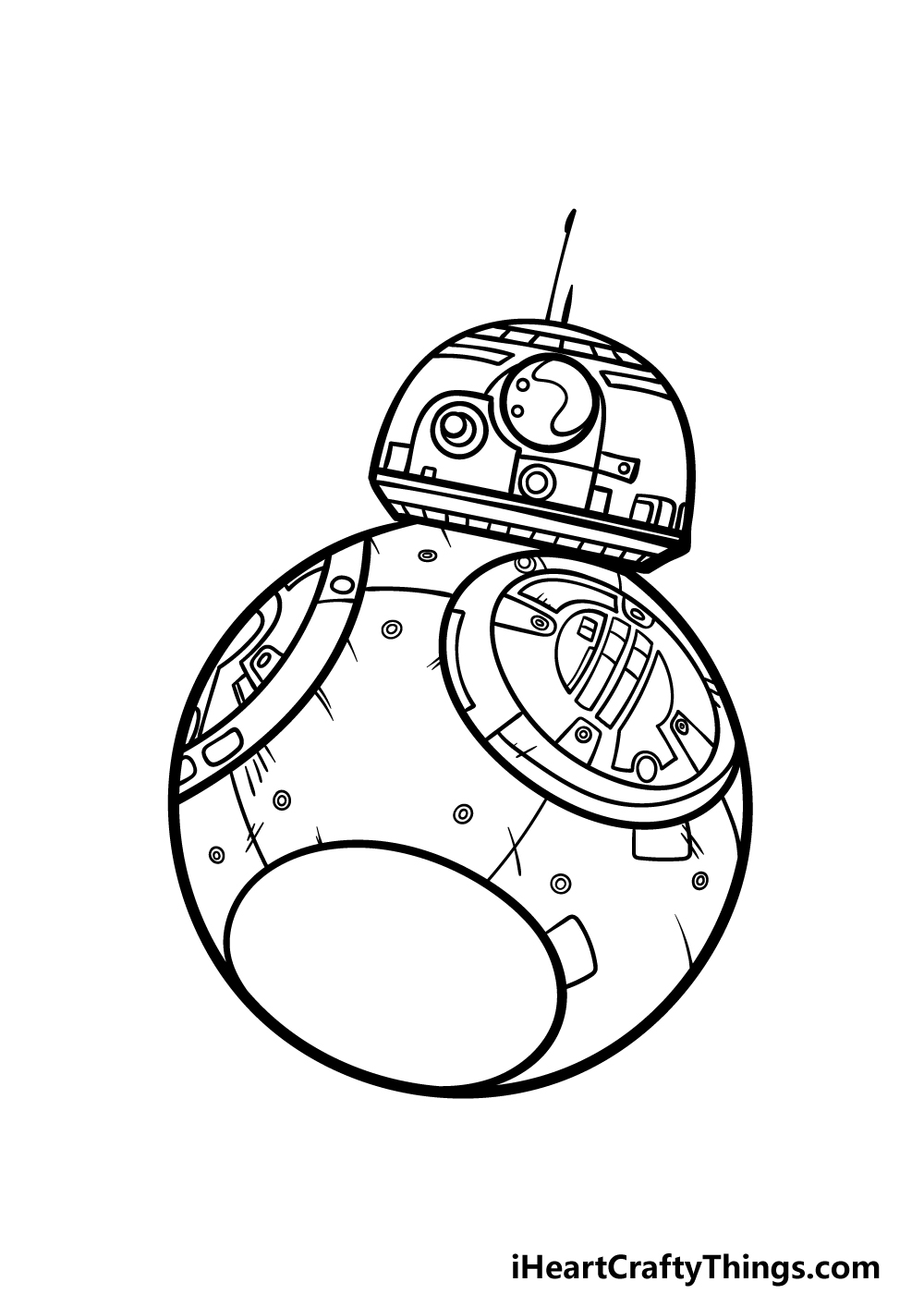 For this part of your BB8 drawing, we will be adding some finer details to the body.

These details will look pretty similar to the details that you drew on the head earlier, and they will be mostly contained within the top two circles you drew inside the body outline.

We will be using lots of curved lines and shapes inside these circles to make them look very high-tech.

You can connect all of these circles with some lines that have small circles running along them to show where he was put together.

Once these details are drawn, we can finish off the final details in the next step.

Step 5 – Add the final details to your BB8 drawing 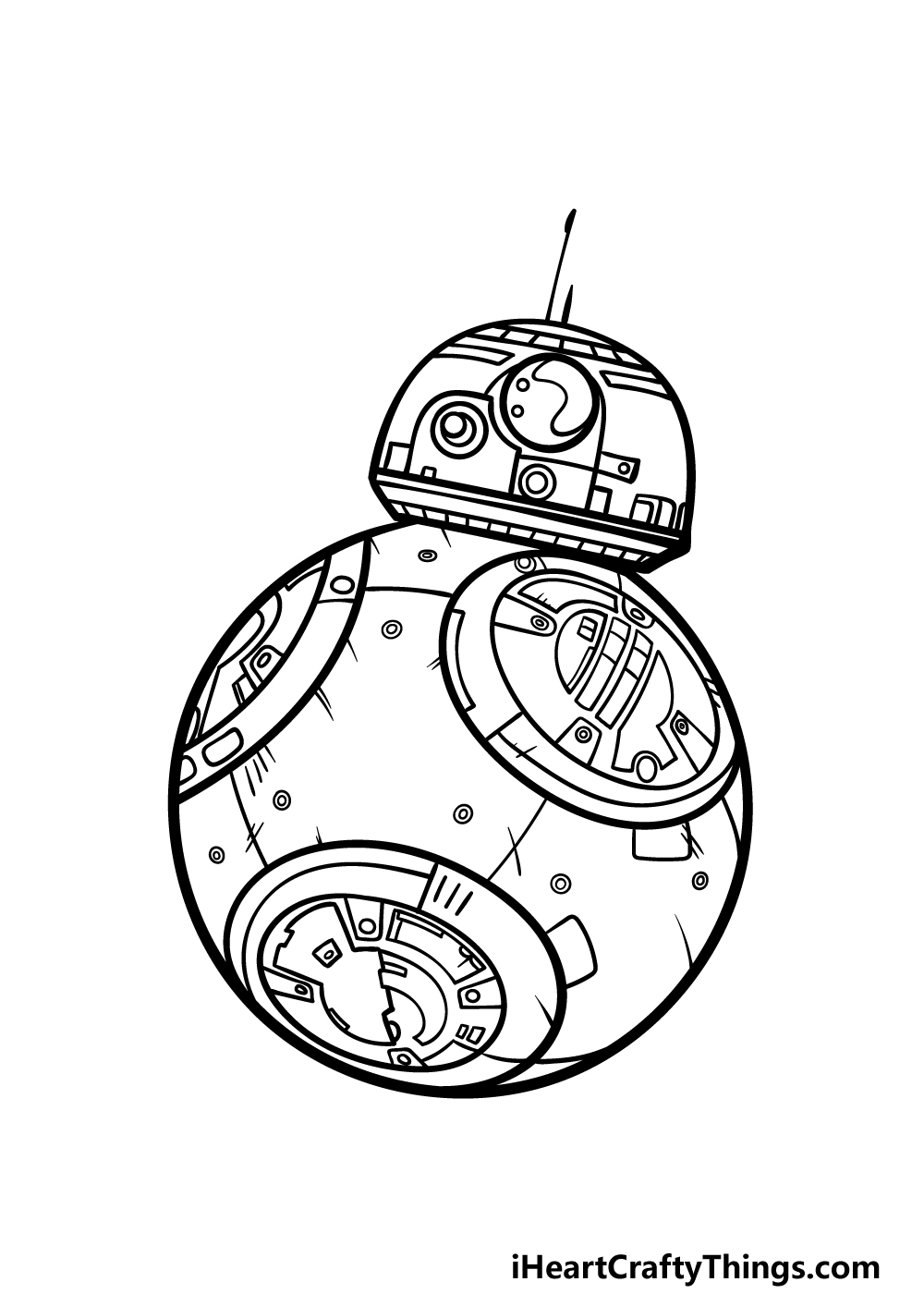 It’s almost time to start adding some colors in the final step of this guide on how to draw BB8, but first we will finish off the final details.

These details will be going in the final circle that you drew near the bottom of his body. They will also be very similar to the detailing that you drew inside the other circles and on the head.

You’ll be ready for the final step once these are drawn, but you don’t have to move on just yet!

One fun way to add more to this drawing would be to draw a background or some extra elements, and this is a great way to put your own spin on it!

What background settings, other characters or details can you think of to finish this off?

Step 6 – Finish off your BB8 drawing with color 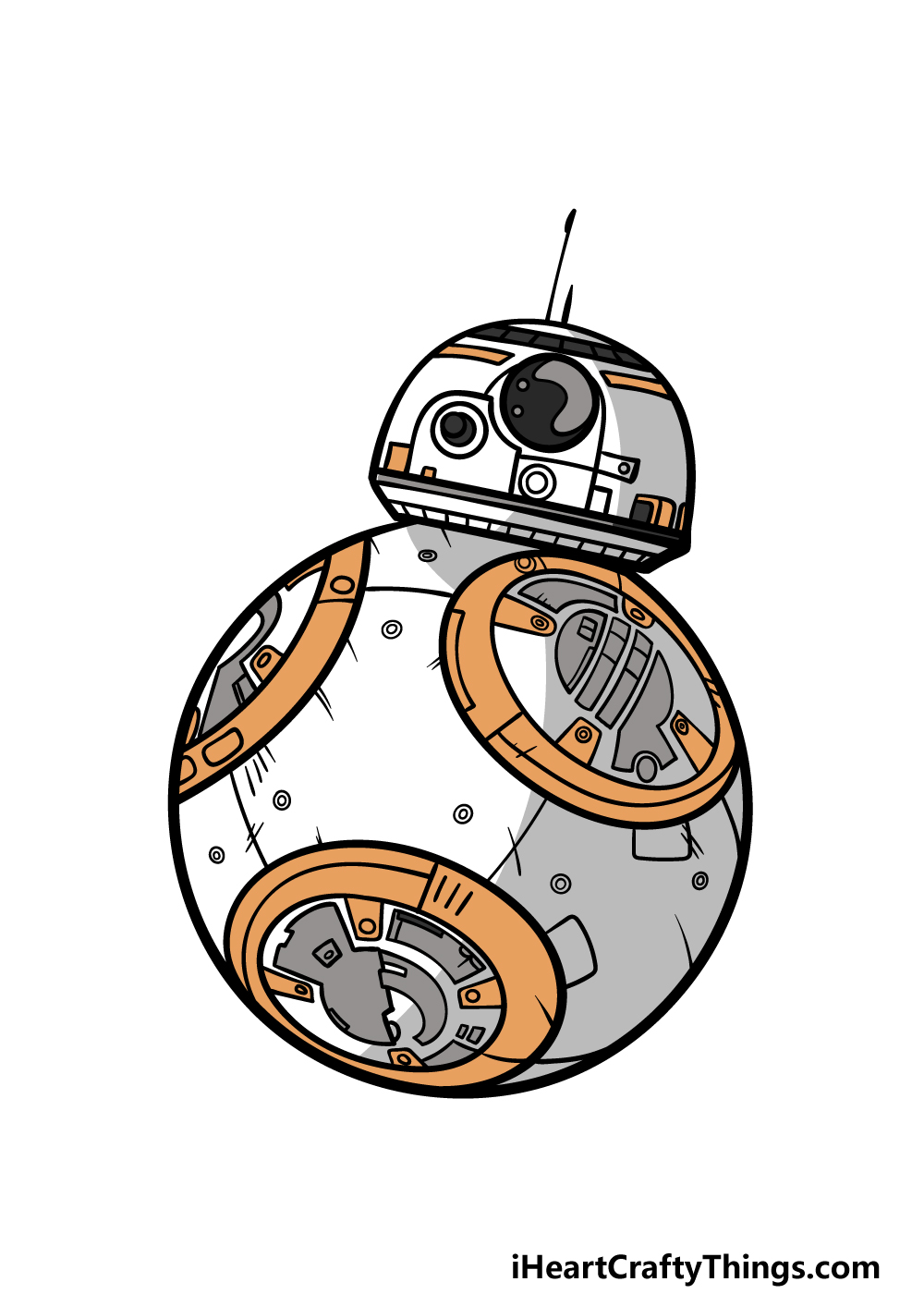 In this final step of your BB8 drawing, you can finish off with some color! BB8’s main color scheme is white and orange, and we used these colors in our example image for a screen-accurate look.

We also incorporated some darker shades of these along with light greys to provide some shading details for the picture.

Because of all the smaller details in this image, we would recommend using art mediums such as colored pens, markers, pencils or brushes with very thin tips.

Anything you use will bring something unique and great to the picture, so how will you finish it off?

5 Tips To Make Your BB8 Drawing Even Better!

Travel to a galaxy far away as we make this BB8 sketch even cooler!

This drawing of BB8 shows the iconic droid without many of the functions he has on display. You could add some of these functions to make the drawing even better!

There are a few gadgets he uses that can help get him and his friends out of sticky situations. You could use some from the movie such as the lighter he can use.

You could also create some brand new gadgets for him to use!

BB8 is one of many droid characters in the Star Wars universe. You could add some more of these droids to the image to give him some company!

Some famous droids could include R2D2 or maybe C3PO. Can you think of some other droids that could join BB8 in this image?

Another way to add some more personalit to this drawing would be by adding some of the human characters that join him on his adventures.

There would be plenty to choose from! One of the first characters to consider would be BB8’s friend Poe Dameron.

Other characters could include Rey or Finn, to name two. Who are some other famous characters you could use in this image?

Next, you could make this BB8 drawing look even more complete with a background. You would have so many locations to choose from just by referring to the movies!

You could use some locations BB8 visited such as the desert planet of Jakku. You could also use any other famous Star Wars locations or create one of your own.

The BB8 sketch we created in this image is done in an awesome detailed style. If you wanted to change things up a bit, you could try to draw him in a different art style.

For example, you could use a much simpler cartoon style made of simple shapes and small details. That is one idea, but how else could you go about depicting this famous droid?

Your BB8 Drawing is Complete!

That brings you to the end of this guide on how to draw BB8! The structure of his body may be made up of simple shapes, but there are loads of details packed into his compact design.

We hope that this guide made it fun and easy for you to tackle all of these details!

When you have finished the drawing, remember that you can add your own background elements or extra additions to the mix to really make this drawing your own! How will you put your own spin on this image?

This is far from the end of your drawing journey, as there are hundreds of awesome drawing guides waiting for you on our website.

If that wasn’t enough, we plan to bring our many more soon, so keep checking in!

You can then show us how you finished up this amazing BB8 drawing by sharing your finished work on our Facebook and Pinterest pages. 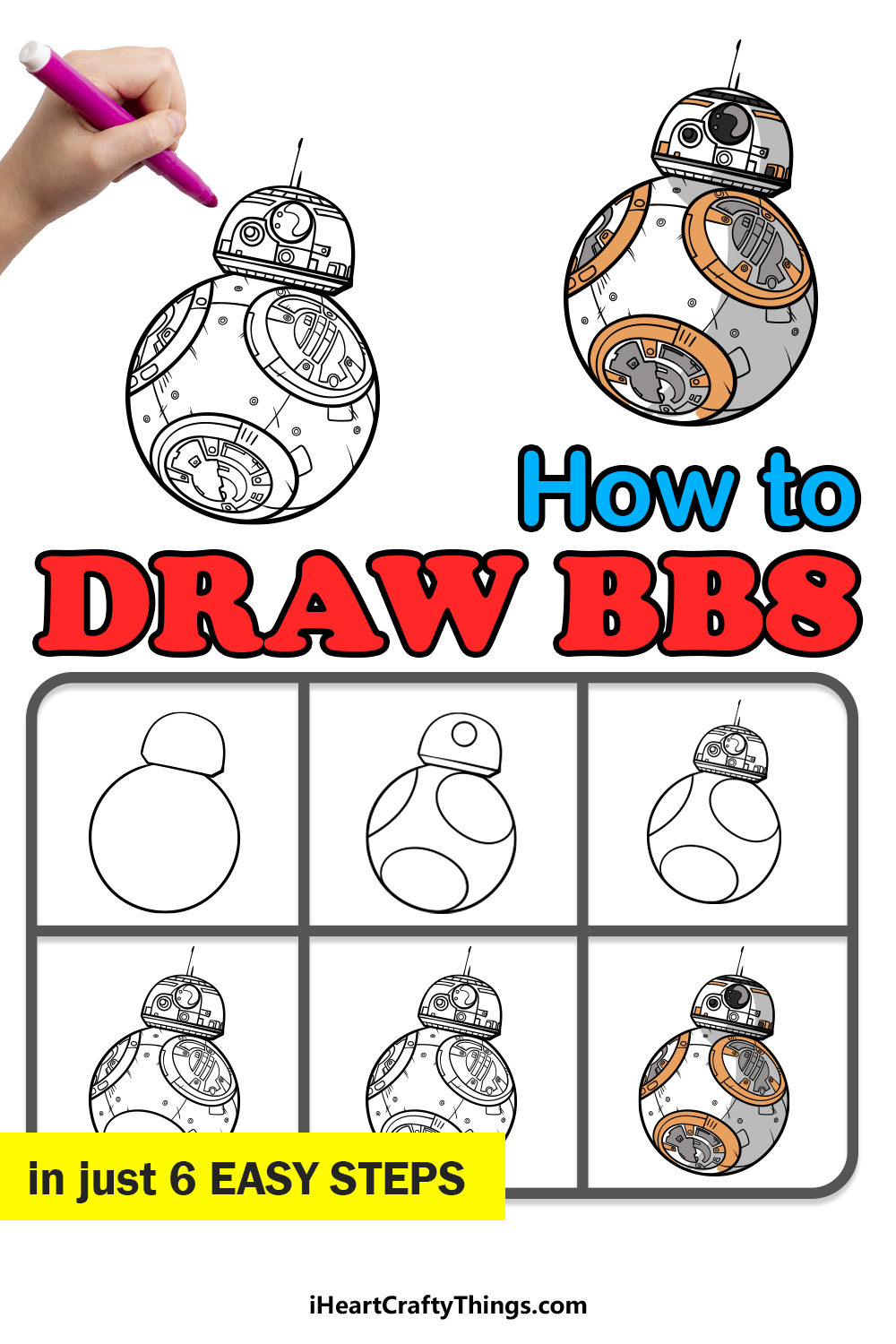 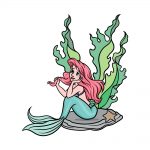 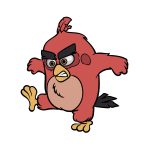