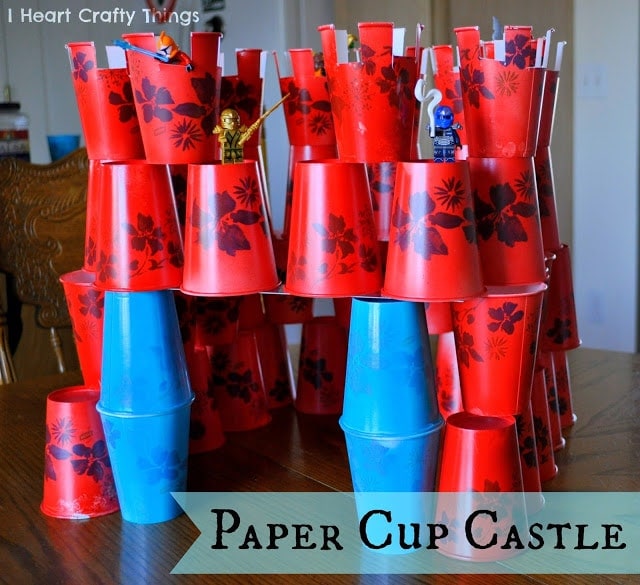 This turned out to be such a fun afternoon activity with my kids. It started when I saw the book “Max’s Castle” by Kate Banks at the library and thought it looked like fun. 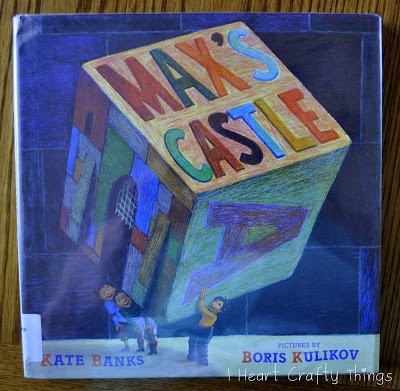 Max told his brother’s he had something amazing in his pocket. When he pulled a letter block out of his pocket they kind of sniffled at him thinking they were too old to play with blocks. Max said no and pulled his entire box of blocks out from under his bed and a box full of different toys. He starts to build a castle and soon his brother’s join in the fun and they end up having an afternoon full of pretend adventures. I love the theme it portrays that you are never too old to play pretend and have fun.
We do have a container of blocks like in the book, but when I saw that Craftprojectideas.com’s material of the month was cups, I couldn’t resist giving them a try with making our castle. 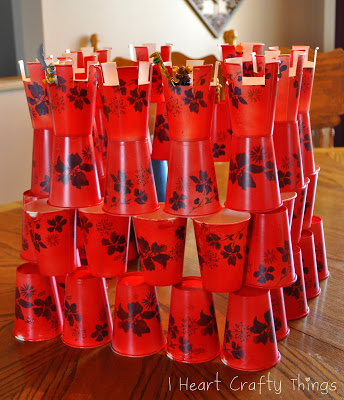 We bought a package of paper cups at our local Wal-Mart to make our castle. I think there were 50 in the pack. They were originally white, but we thought that was kind of boring so since I happened to have some spray paint sitting out in the garage, we had fun painting them red (and a couple turquoise). After they were dry we tried different ways of stacking them together to form a castle and this is what we came up with.

We made the three walls first and ended with the front of the castle. The top towers of the castle were made by cutting 10 small slits around the cup and then cutting every other flap off. 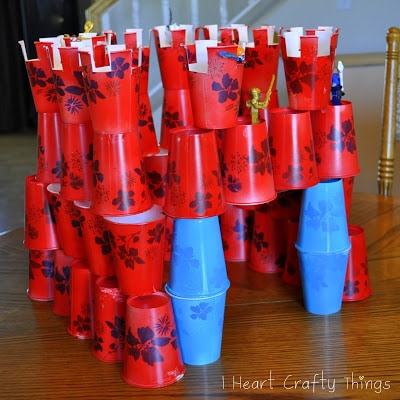 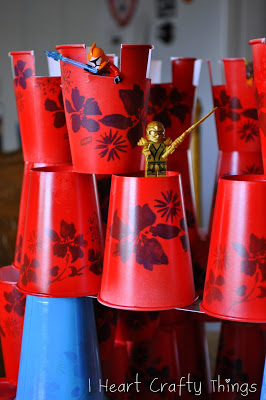 So what are you waiting for? Go grab some cups and get creating!  🙂 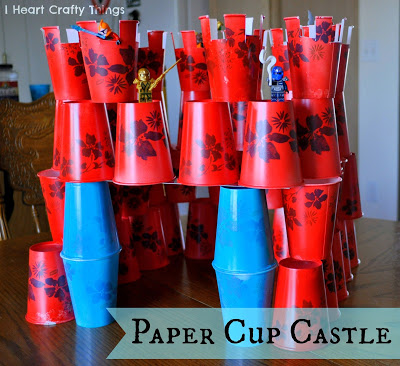 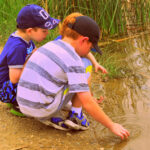 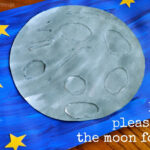