After we made our snowglobe craft to go along with Snow Music by Lynne Rae Perkins I wanted to do something else to go along with the story. Since the story depicted the sounds of snow through animal and vehicle tracks, I thought it would be fun for the boys to make tracks in the snow, only we used play dough instead of actual snow. 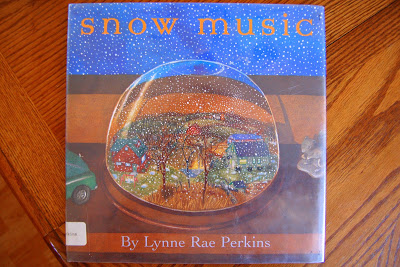 I saw the most darling idea on Creative Connections for Kids where they made green play dough and mixed in glitter and sequins to make Christmas trees. We started by using the same idea with adding glitter to our homemade play dough to make it look like glittery snow. It’s hard to see the glitter in the pictures but it was so beautiful. The kids rolled it all out and used animals and vehicles to make tracks in their snow. 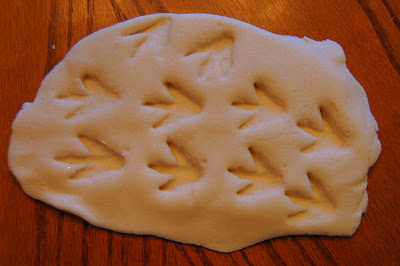 The kids had so much fun doing this. They kept their animals a secret from me and they made me guess which animal made which tracks when they were finished. Then they’d roll it in a ball and roll it back out flat and do it all over again. 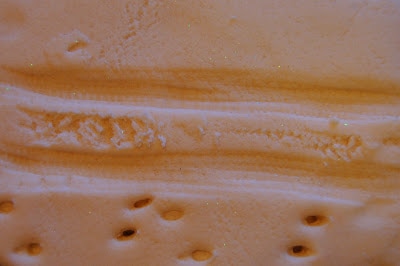 I dyed half of the play dough green just like creative connection for kids, and the boys also had a fun time making their own Christmas trees. You can see the glitter better in this picture with the green play dough. It was so pretty! 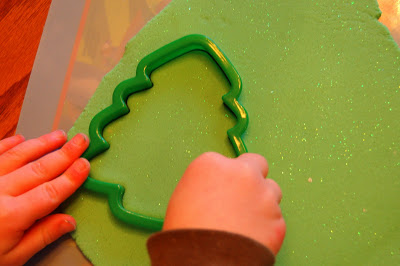 They added some sequins I had on hand for ornaments. 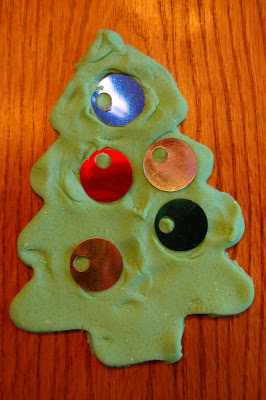 They were having so much fun that I decided to get out all the other Christmas cookie cutters I had. They thought it was pretty cool using the sequins as eyes for the reindeer, snowmen and gingerbread man. 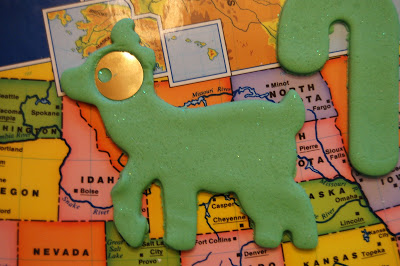 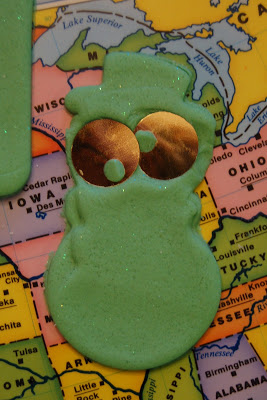 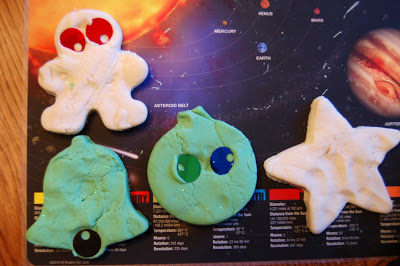 I definitely think we’ll be adding glitter to all of our homemade play dough from now on! It’s so much fun!

I often link my posts up to THESE great Link Parties. 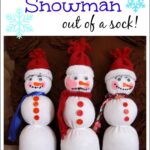 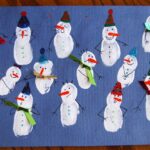