Throughout history, there have been many instances of injustice committed upon others, and it is an unfortunate element of every era.

Harriet Tubman is an example of this, and it would be hard to find someone who did as many brave acts to combat slavery and injustice as her.

Many history buffs like to learn how to draw Harriet Tubman to honor this incredibly brave woman.

That is what we will be focusing on in this tutorial that sits in front of you!

Our step-by-step guide on how to draw Harriet Tubman in 6 easy steps will show you how to create a fantastic portrayal of this great woman. 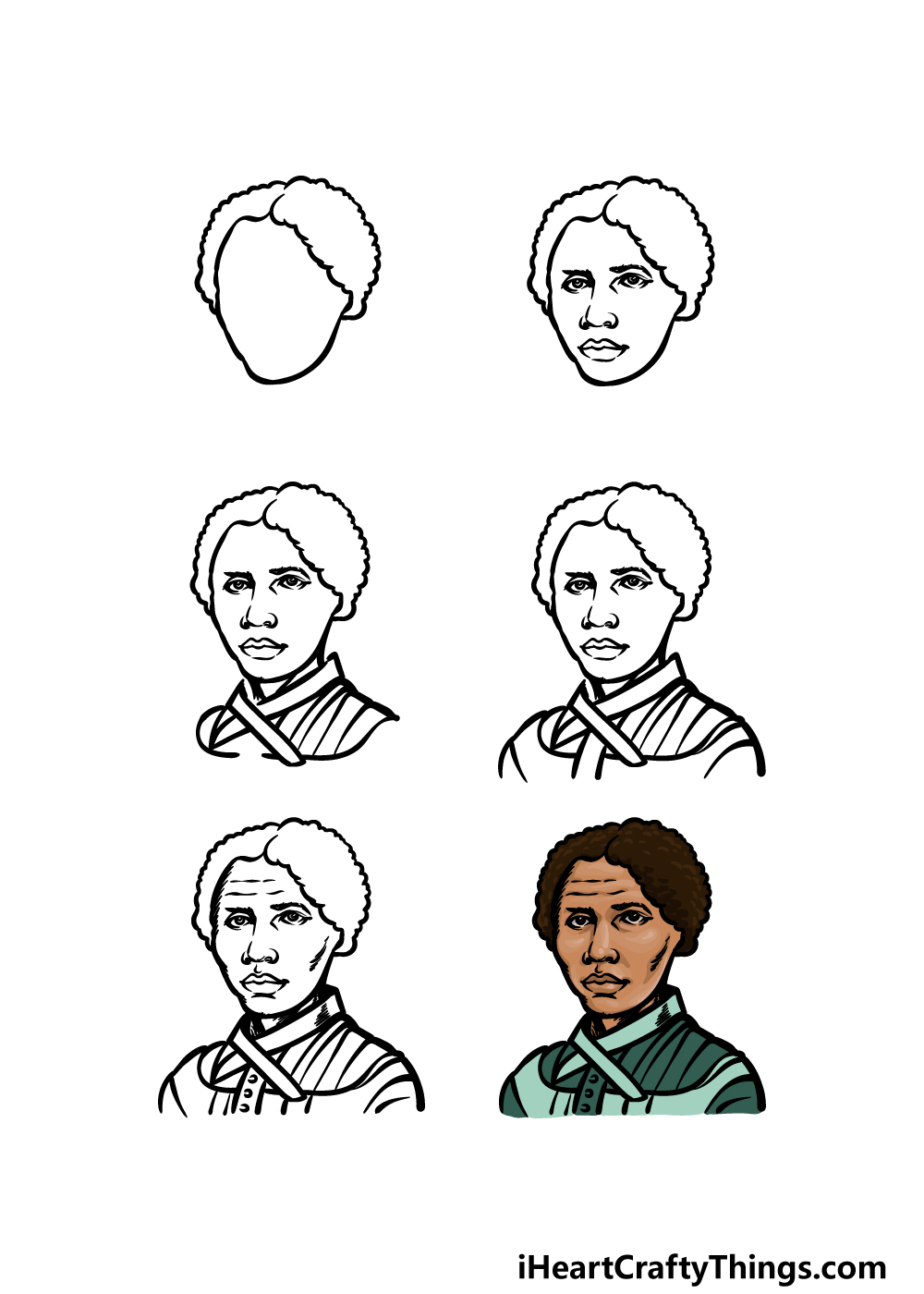 How to Draw Harriet Tubman – Let’s Get Started! 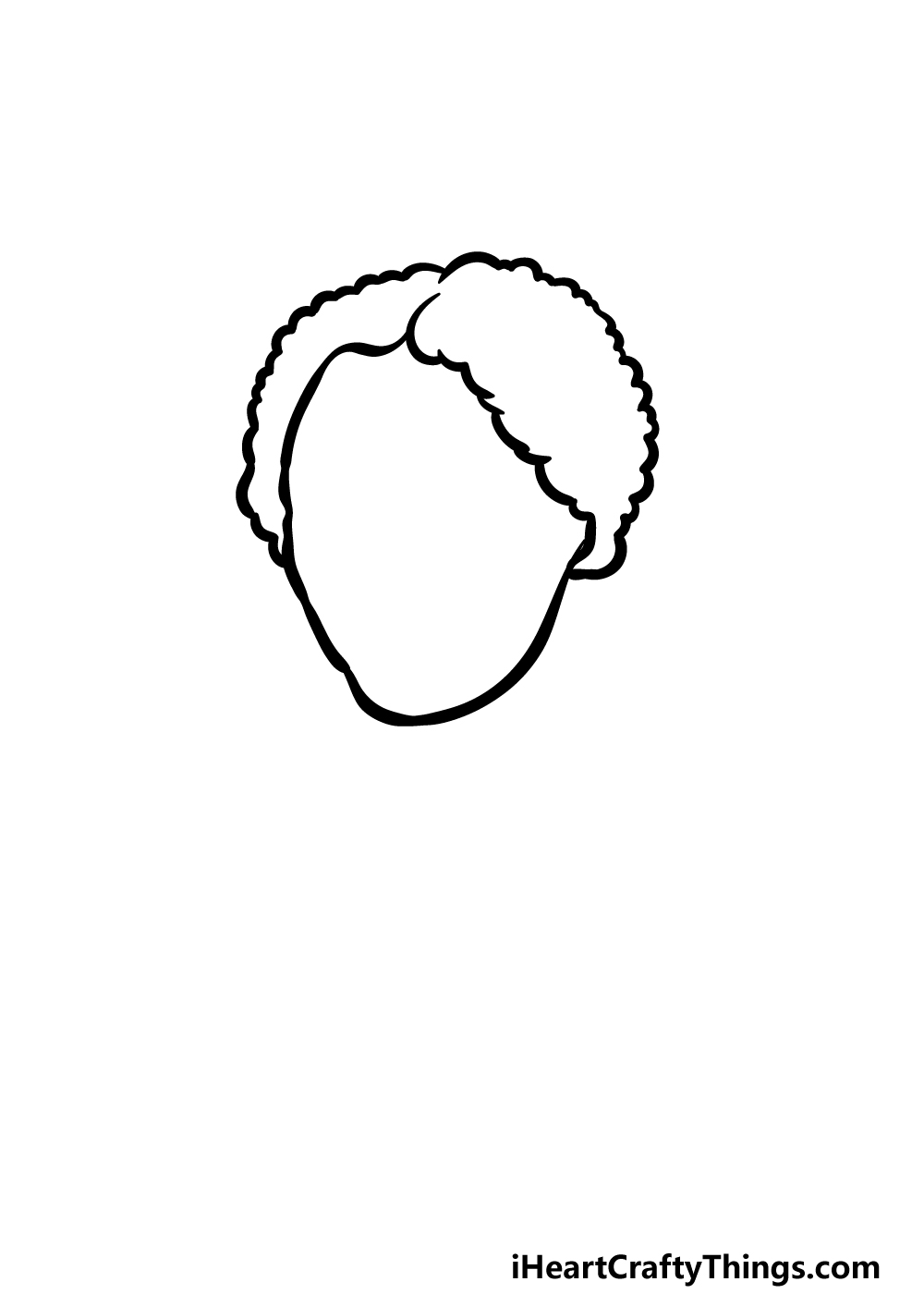 Drawing real people is often a bit of a tricky endeavor, as there is a specific look that people recognize that will have to be accurately replicated.

That is why we will break it down into smaller, simpler steps in this guide on how to draw Harriet Tubman.

With that in mind, we will be working on some outlines for her face and hair in this step. For her face, we will be using a simple curved line for the outline.

Then, we will work on her hair. For this outline, we will use a bumpy line to replicate the texture of her hair. Once these outlines are drawn, you will be ready for the second step of the guide! 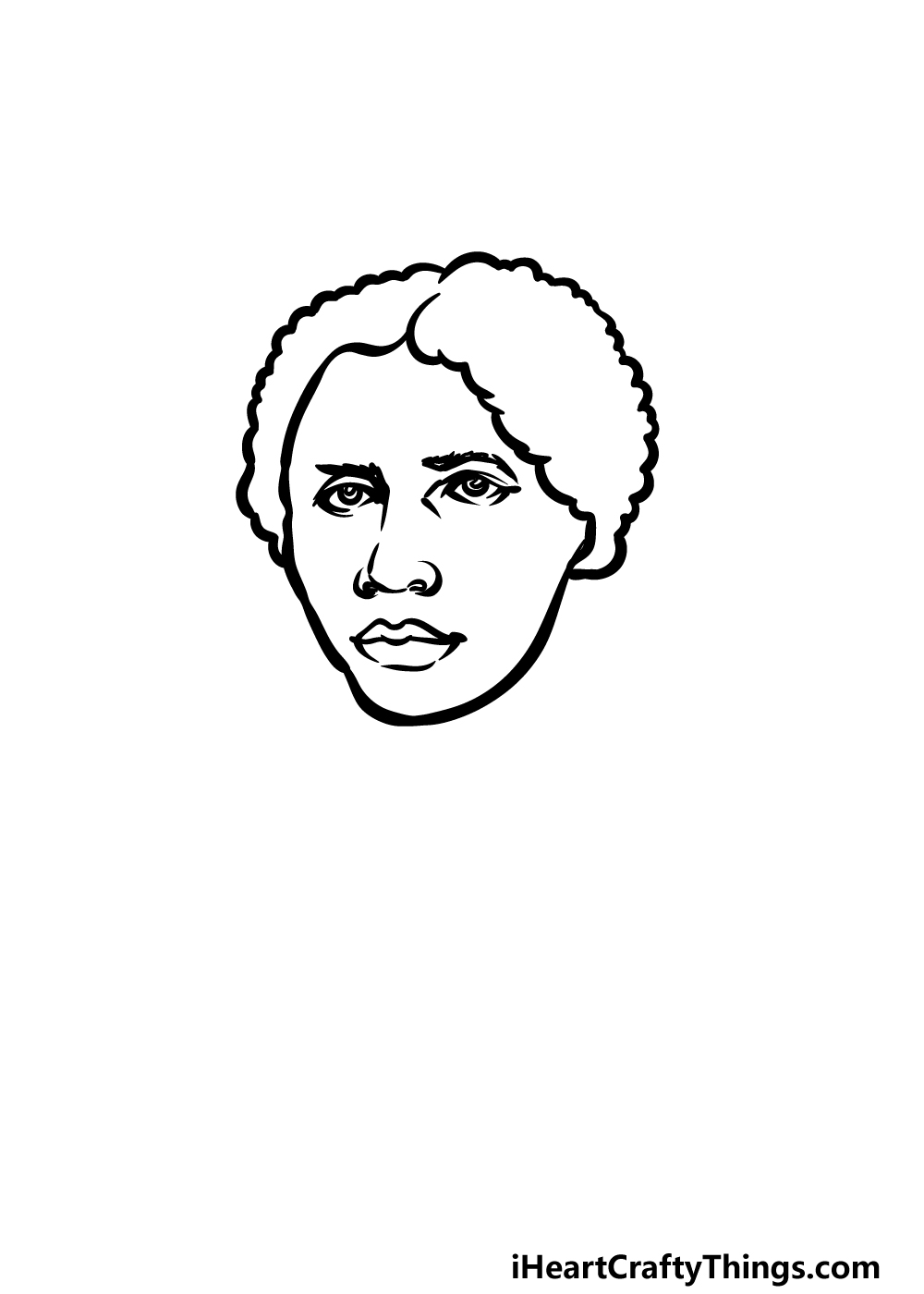 This second step of your Harriet Tubman drawing could potentially be the trickiest part of the process!

There’s no need to worry, however, as we will show you how you can draw these facial elements.

This is a step where you should try to closely copy our example exactly as it appears.

You may also want to use a pencil first so you don’t have to worry about making mistakes or getting it perfect the first time.

Use some smooth lines for her eyes, and add her eyebrows above them. Next, draw her nose coming down from in between the eyes, and you can finish off by drawing her lips.

Ideally, we will be creating a rather intense expression for her. Then we can move on to step 3 of the guide! 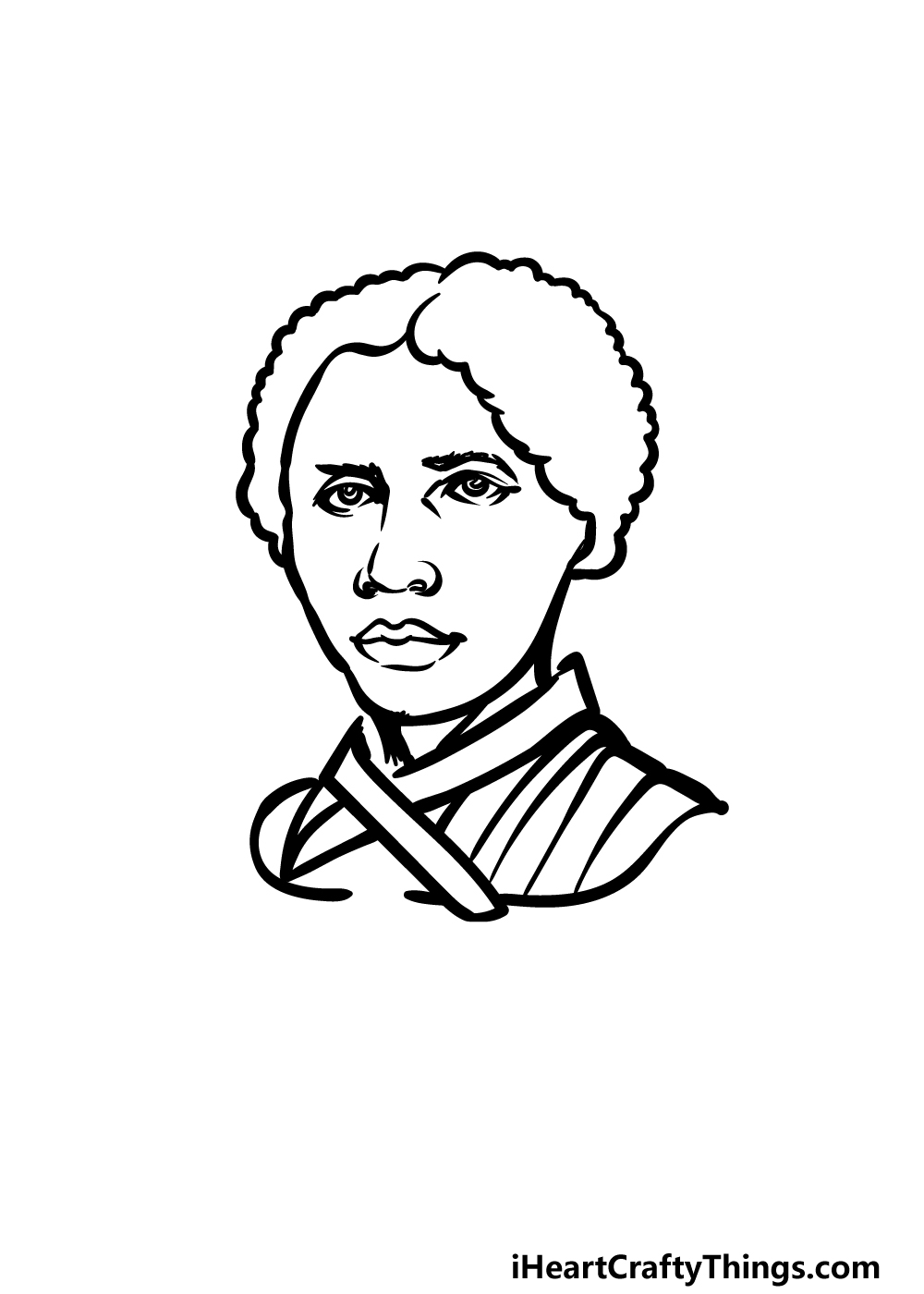 You have drawn her face, and in this step of our guide on how to draw Harriet Tubman we shall focus on drawing some of her clothing.

Specifically, we will be drawing her collar and the top of the dress she is wearing. First, use some curved lines to create some straps crossing over the top of her chest.

Then, we will be using some more curved lines for the top of her shoulder.

When you have drawn all of these details as they appear in our example image, we can keep adding to her clothing in the next step of the guide.

Step 4 – Next, draw the rest of her clothing outlines 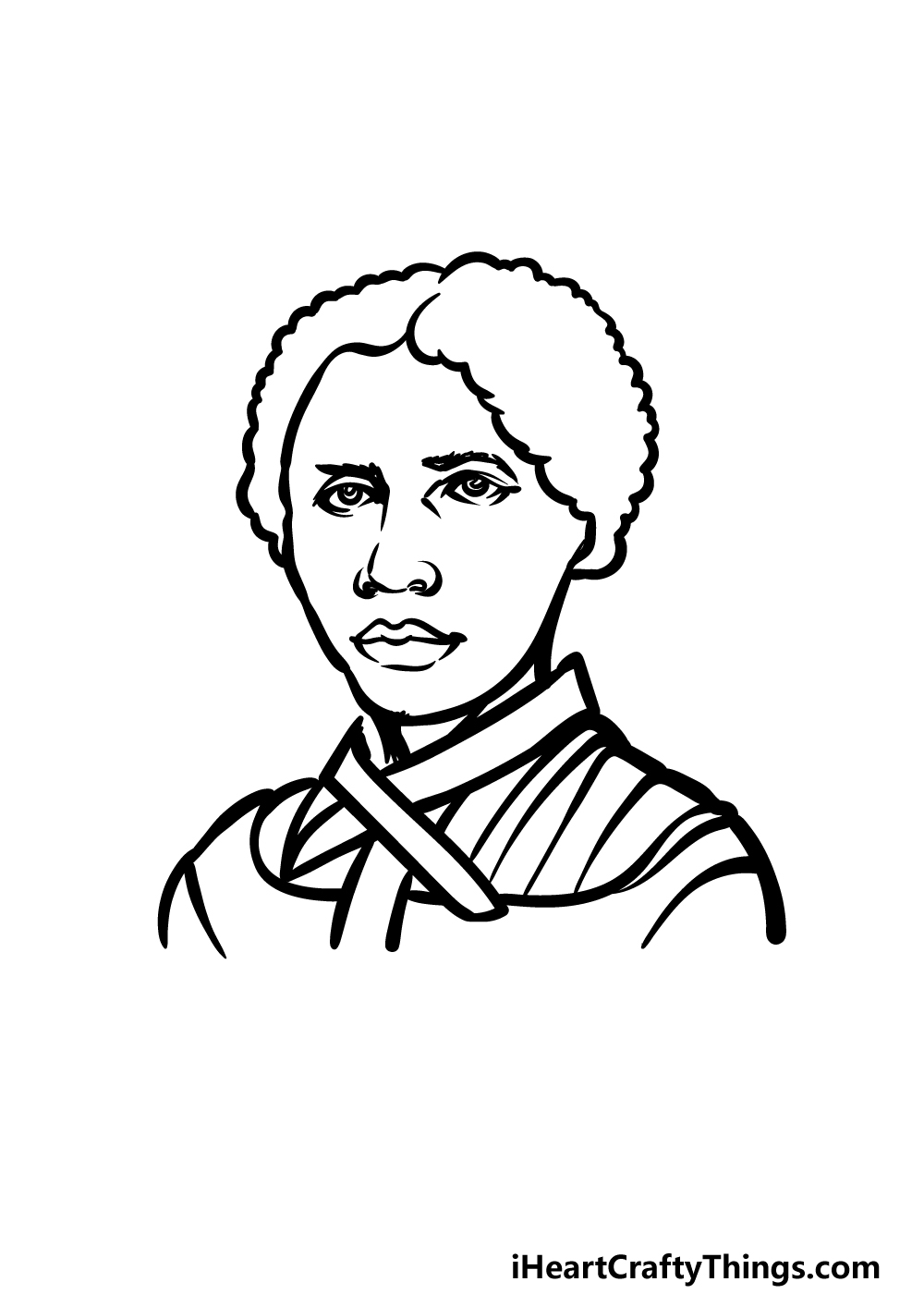 This fourth part of your Harriet Tubman drawing will see you finishing up the outlines of her clothing. This will have you ready for some final details and elements in the next step of the guide!

That’s all there is to it for now, and in the fifth step of the guide we will then finish off those final details that we mentioned!

Step 5 – Add the final details to your Harriet Tubman drawing 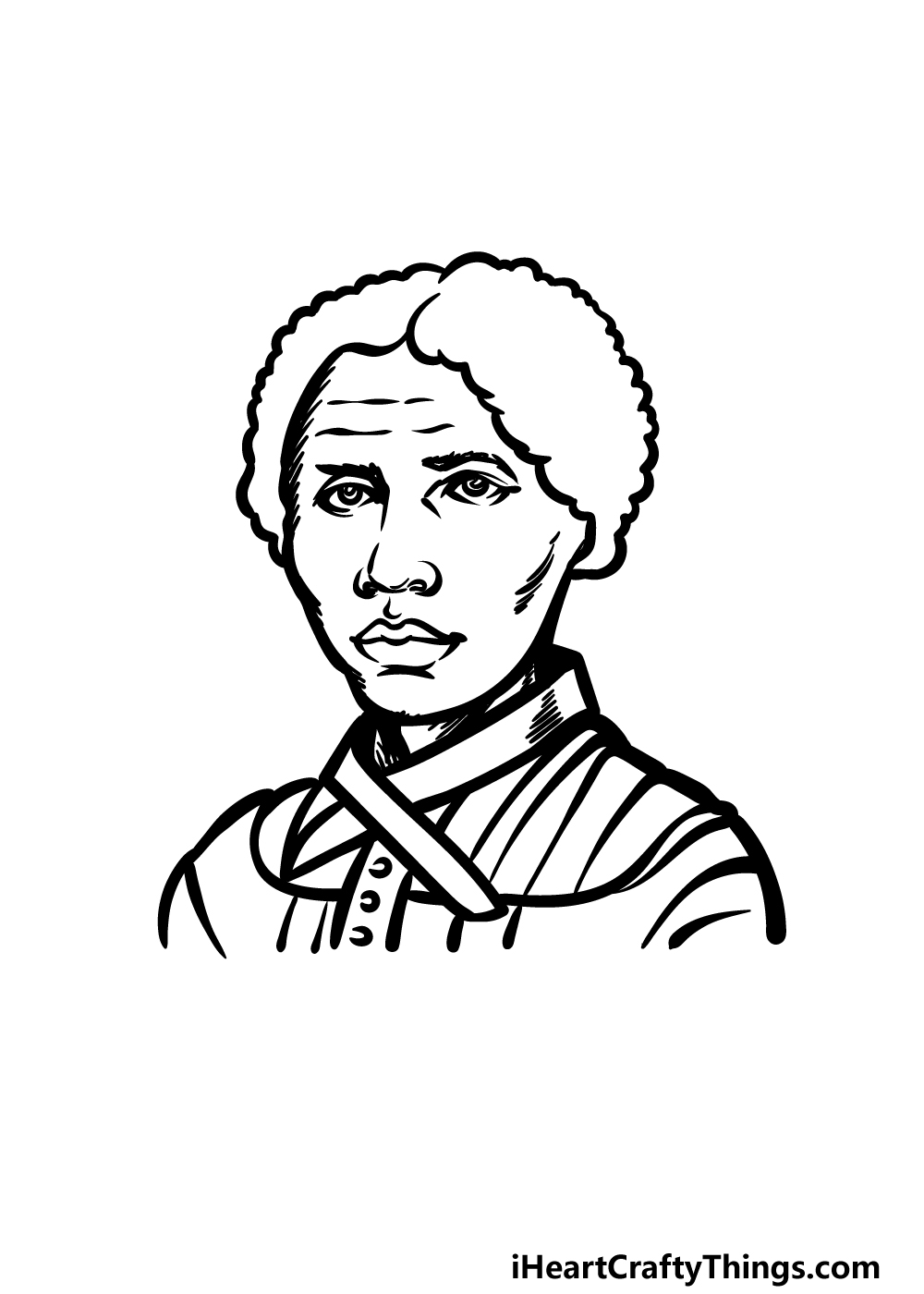 You’ve done a great job on this guide on how to draw Harriet Tubman so far, and in this fifth step we will focus on adding some of the final details and touches!

To do this, we will be adding some small curved lines onto her face to create a bit more depth.

You can also add some smaller details such as little circles onto the strap of her dress for some small buttons.

When you have added these details, you will be ready for the final step of the guide! You don’t need to move on just yet, however, as you can also add some details of yor own.

One idea would be to draw a background, and if you were to do that then you could even incorporate some famous Harriet Tubman quotes.

This is just one idea, but what else can you think of to finish off this image?

Step 6 – Finish off your Harriet Tubman drawing with color 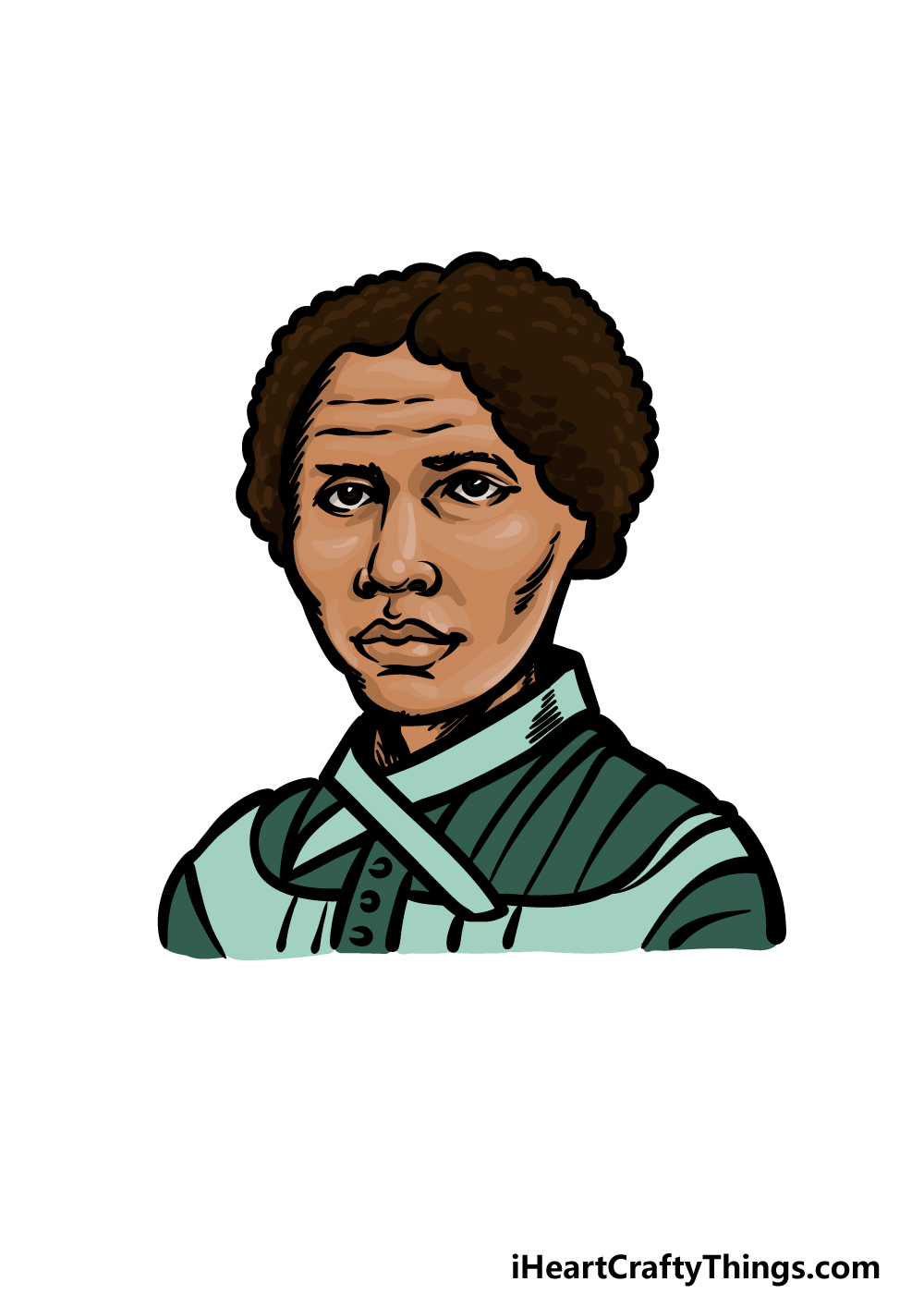 For this final step of your Harriet Tubman drawing, you can finish off with some colors! We kept the colors looking realistic in our example image.

That means that we used some lovely dark browns for her hair with some lighter shades for her skin tone. Then, we finished off with some greens for her clothing.

You could use similar colors to the ones we used, but you could also use some less realistic colors for a more stylistic approach to the picture.

What colors and art mediums will you use to finish off this amazing picture of this great woman?

Your Harriet Tubman Drawing is Complete!

We mentioned earlier in this guide on how to draw Harriet Tubman that it can be a challenge to recreate a real person in an artwork.

We hope that the steps in this guide helped to make it a fun and easy experience for you to take on, however!

Now that you have completed this portrayal, you can keep it going with some extra details and elements of your own!

These could include a background, extra details or other creative elements. What kinds of extra ideas can you think of to finish off this picture?

When you’re done with this guide, we have more for you to enjoy on our website! There is a massive selection with more on the way soon, so make sure to keep checking in to never miss out.

You can then show off your amazing Harriet Tubman drawing by sharing your artwork on our Facebook and Pinterest pages! 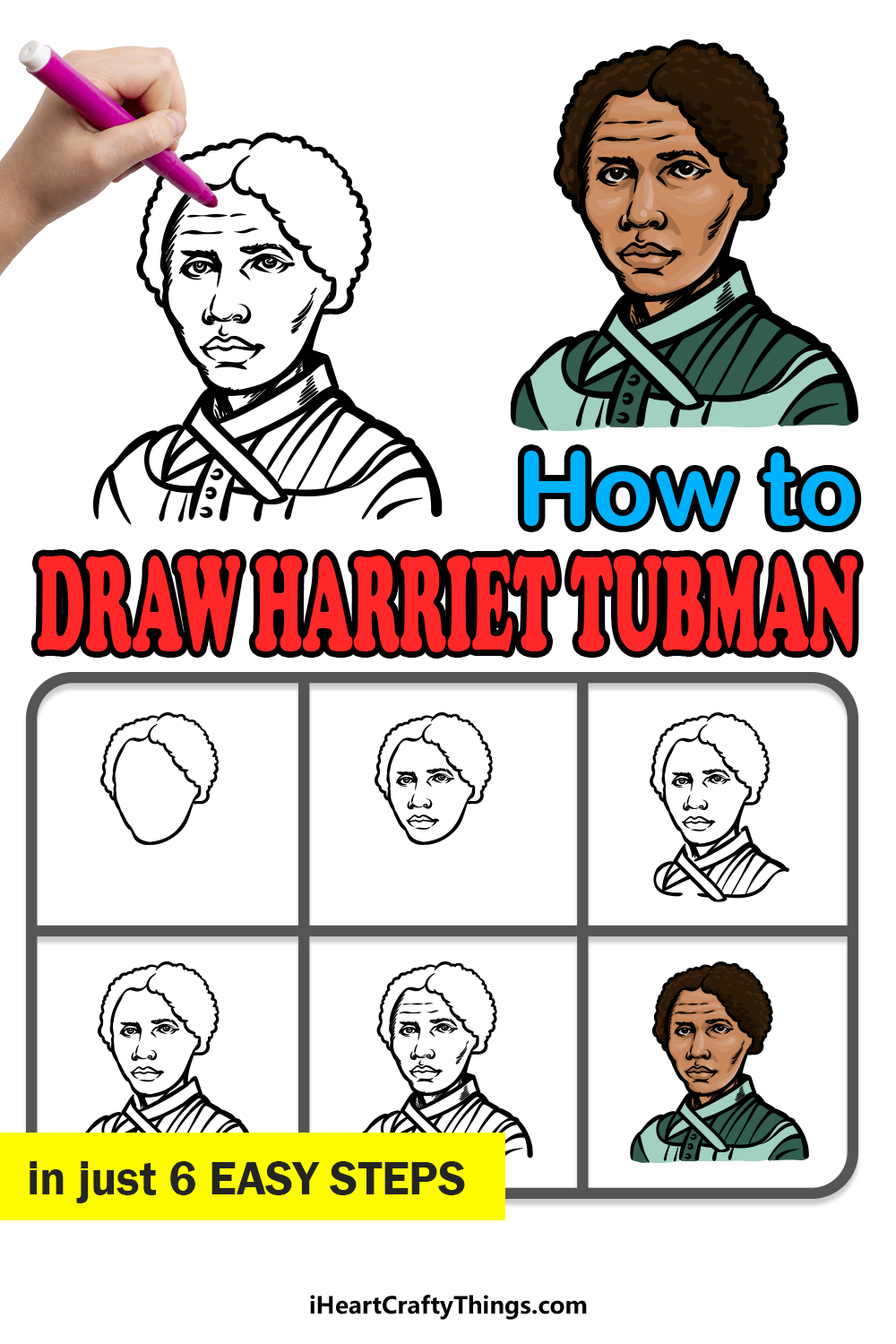 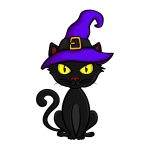 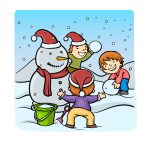