My house may be a disaster, but by Golly, we have a Halloween wreath, and that my friends, is something worth celebrating….hahaha! 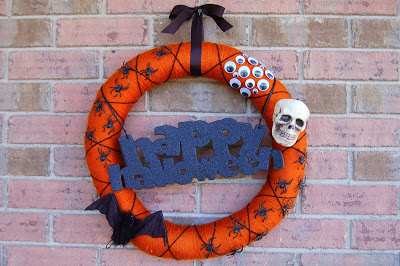 It doesn’t hang on the front door, but rather on a hook (nail) in the space between our front door and our front window on our porch. I think it works rather nicely there since our front door has a storm door on it anyways.

To make the wreath I just started by wrapping a straw wreath (leaving the plastic covering on the straw) with the orange yarn. I picked a dark orange color instead of bright. Then I did a cross pattern around the entire thing with black yarn. I found the “happy halloween” foam sign at Dollar Tree and just glued the ends of “halloween” to the sides of the wreath and used the black string on the ends of “happy” to attach it to the back of the wreath. 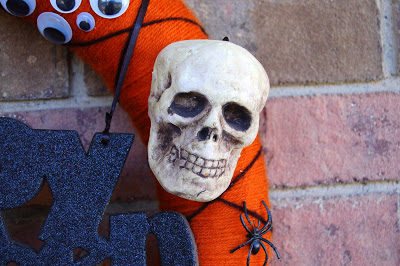 I got the styrofoam skeleton head at Micheal’s and actually cut the back half of the skull off to make it flat so I could glue it on the wreath. My children exclaimed that I had “cut out his brains”. hahaha!

I bought the bat at Michael’s too and splurged on it ($2.99 yikes!) because I thought it would work so good on the wreath. Some times you just have to make the splurge people when it comes to crafting!  😉 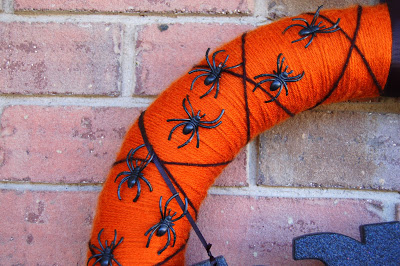 The spiders were actually spider rings that I purchased at Dollar Tree. There were like 100 in the package. I just cut off the ring part and then hot glued them on the wreath. 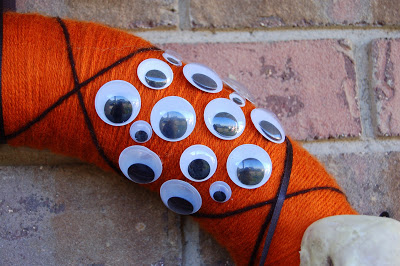 I thought I was done after adding the spiders but after hanging it up outside I thought it just needed something else….Why not wiggly eyes?? I of course just had those on hand because they are my most favorite thing in the whole wide world. 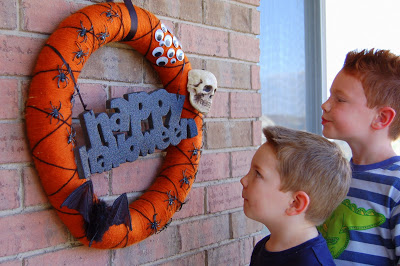 After a long stare at the wreath they both declared their approval. Why do they look a bit frightened?? Well, I may or may not have told them that the creatures on the wreath actually come alive at night….hahahahaha!  totally kidding. 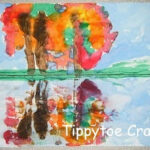 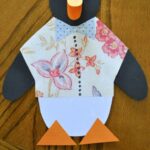