There are hundreds of different Pokemon throughout the series, and everyone has their favorite. There are a few that definitely have more fans than others though, and Charmander is one of them.

This fiery reptilian Pokemon has been there since the beginning, and has been charming audiences since the very first game with his cuteness and surprising power.

This flaming Pokemon has a distinctive design, so if you love Charmander and would like to learn how to draw him, then you’ve come to the right place!

This step-by-step guide on how to draw Charmander in 10 easy steps will have you drawing him easily. 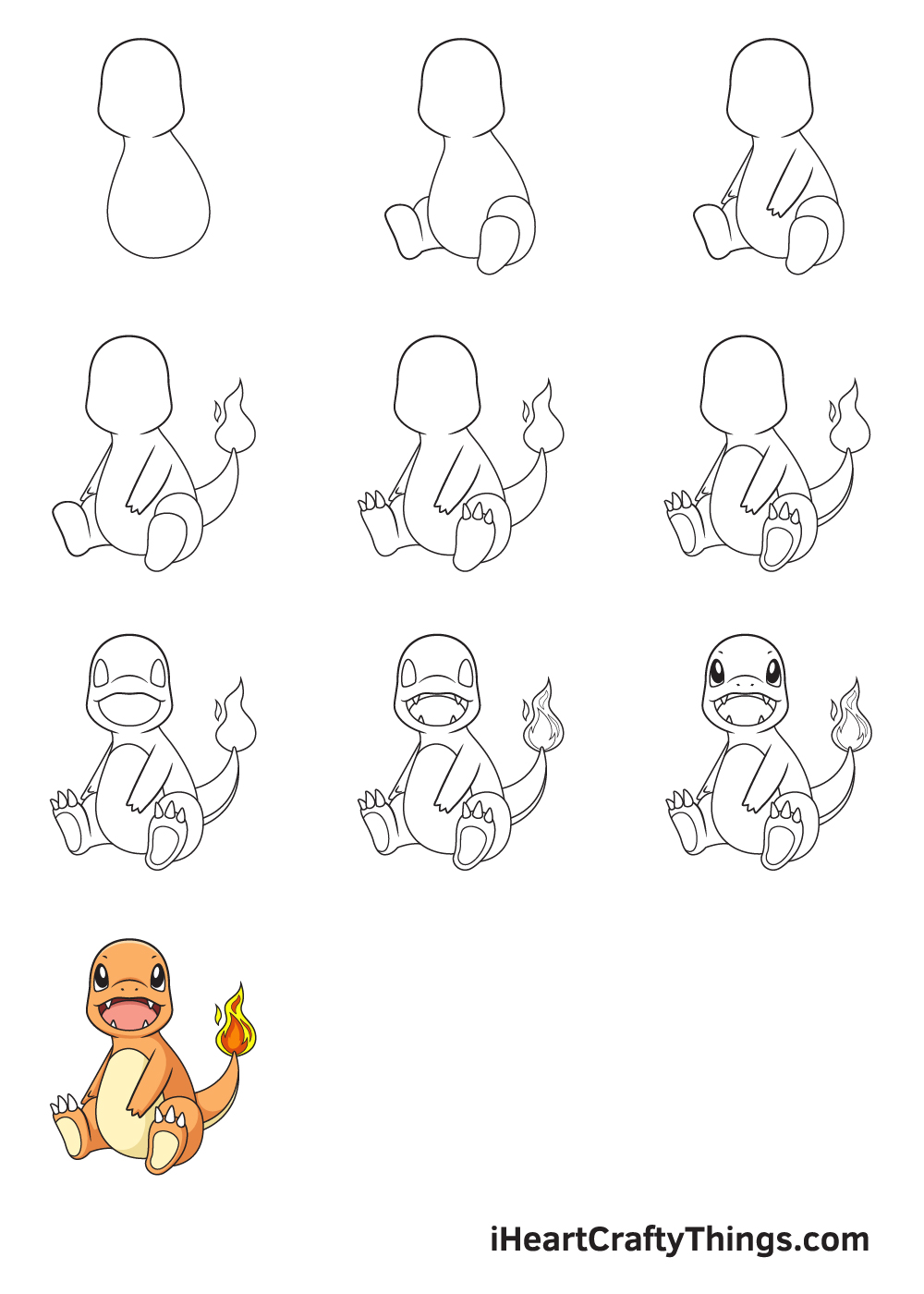 How to Draw Charmander – Let’s get Started!

For this firsts step in our guide on how to draw Charmander, we will begin with an outline for his head and body.

For this step, I would recommend using a light pencil as we will be adding legs to the body in the next step.

His body will be a long oval shape, while his head is made of another rounded shape as shown in the image.

Step 2 – Draw in some legs for Charmander

Now, it’s time to add some legs to your Charmander drawing. The one on the left has a sort of oval shape for the foot and then has another shape behind it to make up the leg.

The other leg has the foot and leg as the same shape connected to the side of his body. If you used a pencil for the body in step one, you can go over your lines in pen now and erase your pencil.

Step 3 – Let’s draw in some arms for Charmander

We shall add in some arms for this stage of our guide on how to draw Charmander. The first one will be inside the body outline and is made up of two lines with three sharp points for his claws.

Then, add in a similar arm coming off from the left side of the body.

Step 4 – Now draw in the opposite wing

Charmander is most well known for his thick tail with a flame at the end. His tail is thick at the base and gets thinner as it goes along, and then has a rounded shape with a point over the tip for the flame.

You can also draw in a small flame piece coming off from the main flame to make it look like it’s flickering.

Step 5 – Next, draw in some claws for his feet

Your Charmander drawing needs some claws on his feet, so to give him some, simply draw in some sharp triangular shapes coming from the tips of his feet like the ones in the picture.

They will be slightly rounded at the base to make it look like they’re protruding from his feet.

Step 6 – Create some details for his body

In part 6 of our guide on how to draw Charmander, we shall add a few details to Charmander. First, we shall draw in some rounded shapes inside his feet to make the pads of his feet.

Then, a rounded shape will take up most of his belly, but his left arm will be over it as shown in the reference image.

Finally, draw a line along the base of his tail to finish off this step.

Step 7 – Next, start on a face for Charmander

The majority of the body for your Charmander drawing is now complete, so for now we shall move on to the face.

His eyes are near the sides of his face and are made up of two long ovals with flat bottoms.

His nose is a simple curved line under his eyes, and then his mouth has a slightly jagged line over a semi-circle shape.

The mouth is probably the trickiest part, so don’t be shy to refer to the reference image for help if you struggle at first!

Step 8 – Draw in some teeth and flame details

Charmander has four pointed teeth, two on the top and two on the bottom, so we shall add those in for this step. Once those are done, you can use a rounded line for his tongue inside of his mouth.

Finally for this step, you can add in some lines inside the outline of his tail to give the fire more depth.

Step 9 – Draw in some final details

Your Charmander drawing just needs a few more touches to add before we move on to the coloring!

Simply add two solid black ovals inside of his eyes with two even smaller white ovals within those ones for his pupils. Finally, add in two dots for his nostrils to finish it off!

You have completed your Charmander drawing with the final details in the previous step, so now it’s time to have some fun coloring in Charmander!

As a fiery Pokemon, he comes in shades of orange, yellow and red. We’ve represented his accurate coloring in our image as a guide, but this is your drawing so don’t be afraid to give Charmander a new color look if you’d like!

The question now is, what art mediums will you use for your drawing?

If I were coloring this in, I would use colored pens and pencils for most of his body, but then use some watercolor paints for the flame on his tail to give it a softer look.

This is just one of many options you could go for, however, so we can’t wait to see which one you choose!

5 Tips To Make Your Charmander Drawing Even Better!

You’ll want to catch these 5 awesome tips for your Charmander sketch!

This drawing of Charmander shows him sitting in a relaxed pose. This is a great look, but you could also show him in some other poses as well.

It could be as simple as showing him standing, or he could be in a battle pose. What are some other poses you could create for Charmander to give this Pokemon a new look?

Building on from that previous tip, if you were to put him in more of an action pose, you could also add some other effects and details.

Charmander is a fire Pokemon, so maybe he could be performing some of his fire based moves. That would be a great way to make this picture a lot more action packed!

This character is one of many different Pokemon in the series. You could add some more of these Pokemon to this image to add to this Charmander drawing.

It would depend on which are your favorites, and you would certainly have many to choose from. You could possibly add the other two original starter Pokemon, Squirtle and Bulbasaur.

These are a few examples, but which of your favorite Pokemon would you like to add here?

There are also loads of human characters that you could add to your drawing. The first and most obvious character would be Ash Ketchum, arguably the main human character from the show.

He is far from the only character you could use, though. His friends Brock and Misty would be other examples you could use.

The Pokemon games, series and movies take us to many imaginative places. Using one of these places as a background would be a great way to take this Charmander sketch even further!

You could use a location from your favorite piece of Pokemon media or create a brand new location for the setting of this image. What are some classic locations you could use?

Your Charmander Drawing is Complete!

With the final step completed, that brings us to the end of our guide on how to draw Charmander.

You started out wanting to learn how to draw this cute Pokemon, and you’ve done an amazing job of it! We really hope that you had lots of fun while learning to draw your very own Charmander.

We made this guide to show you that drawing this fiery little guy can be easier than you imagined if you have it broken down into simple steps!

Now it’s up to you to show us how creative you can be by adding colors, art mediums and maybe even a background to your Charmander drawing! We really can’t wait to see what you do to finish off your drawing.

There are many more step-by-step drawing guides coming up for you to enjoy, so please be sure to check out our site frequently to make sure you catch all of our awesome drawing tutorials!

Lastly, we would love to see your incredible Charmander drawing, so please be sure to share the finished picture on our Facebook and Pinterest pages for us to enjoy! 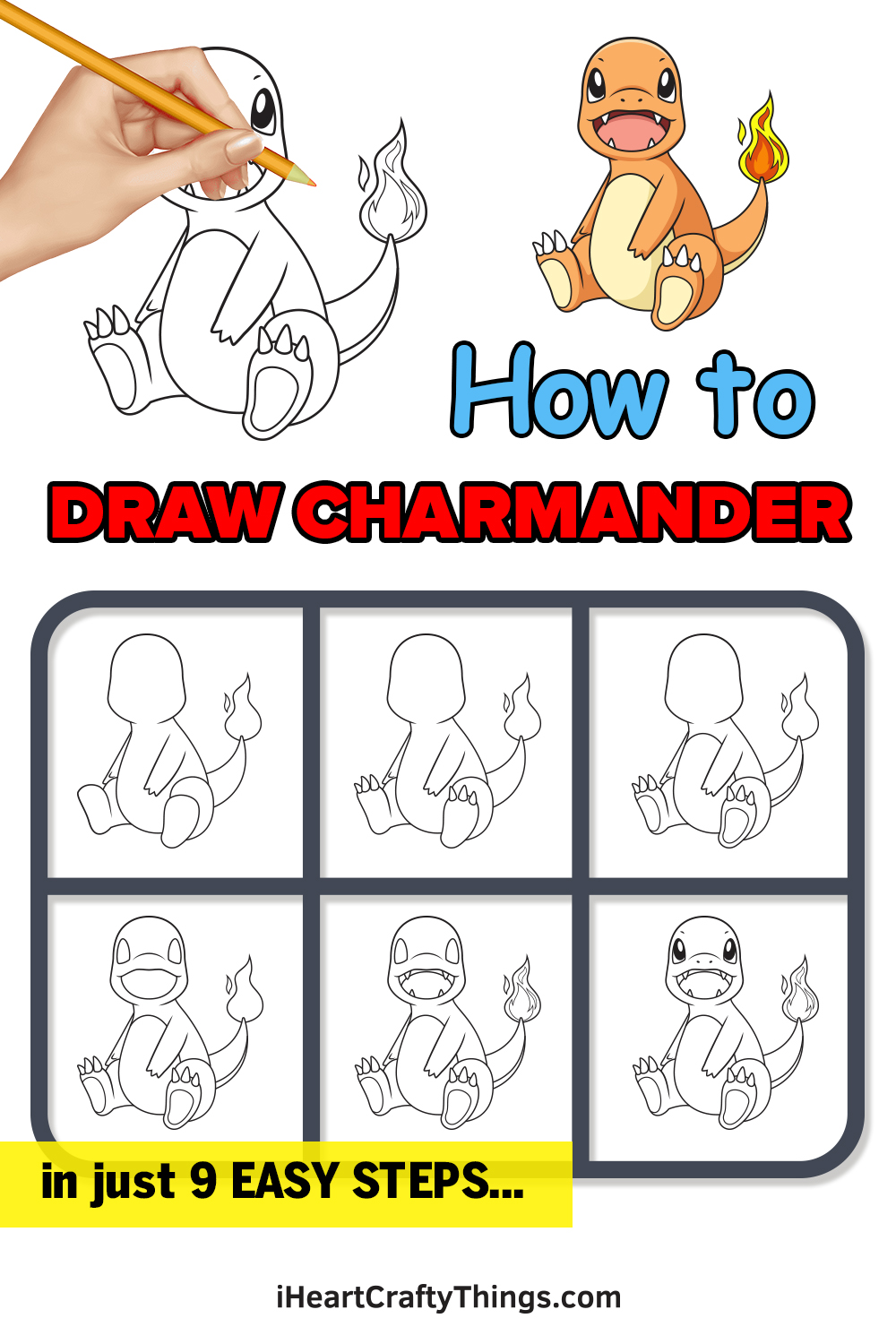 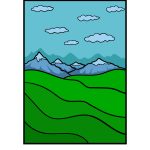 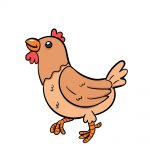