In a basic sense, the human skull serves a pretty important yet basic function in our bodies.

They help to keep our vulnerable brains safe from harm, and they house our teeth, eyes and other parts of our bodies we use every day.

They have taken on a sinister reputation in our culture, and they are commonly seen in spooky settings, scary movies or warning sides.

We will be capturing this spookier side in this guide on how to draw a cartoon skull.

Skulls may be considered to be kind of creepy and scary, but there is nothing to fear in this guide!

We will be breaking it down to show you that drawing this awesome design can be easier than you think.

So get ready for some awesome drawing fun as we take on this step-by-step guide on how to draw a cartoon skull in just 6 easy steps! 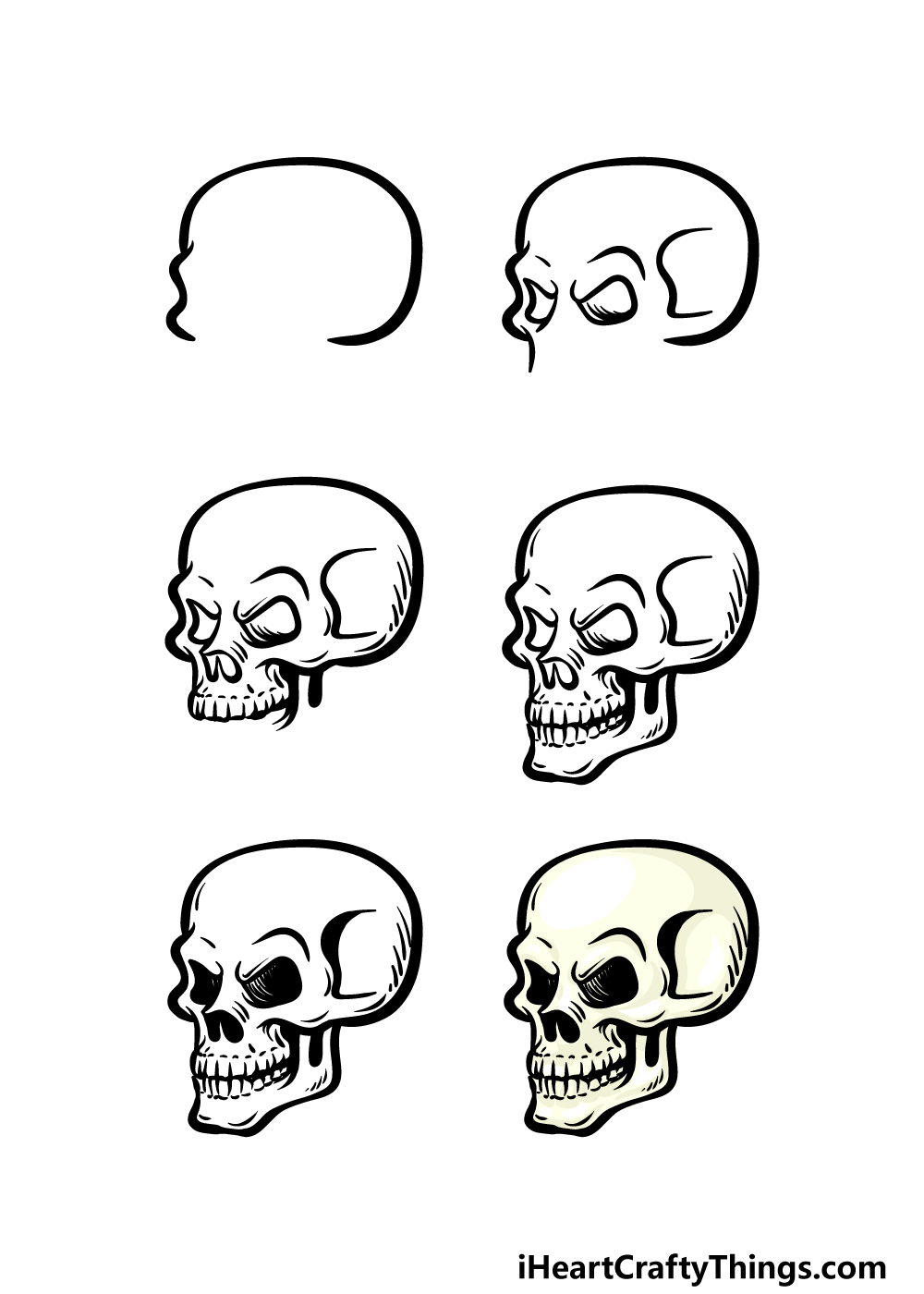 How to Draw A Cartoon Skull – Let’s Get Started! 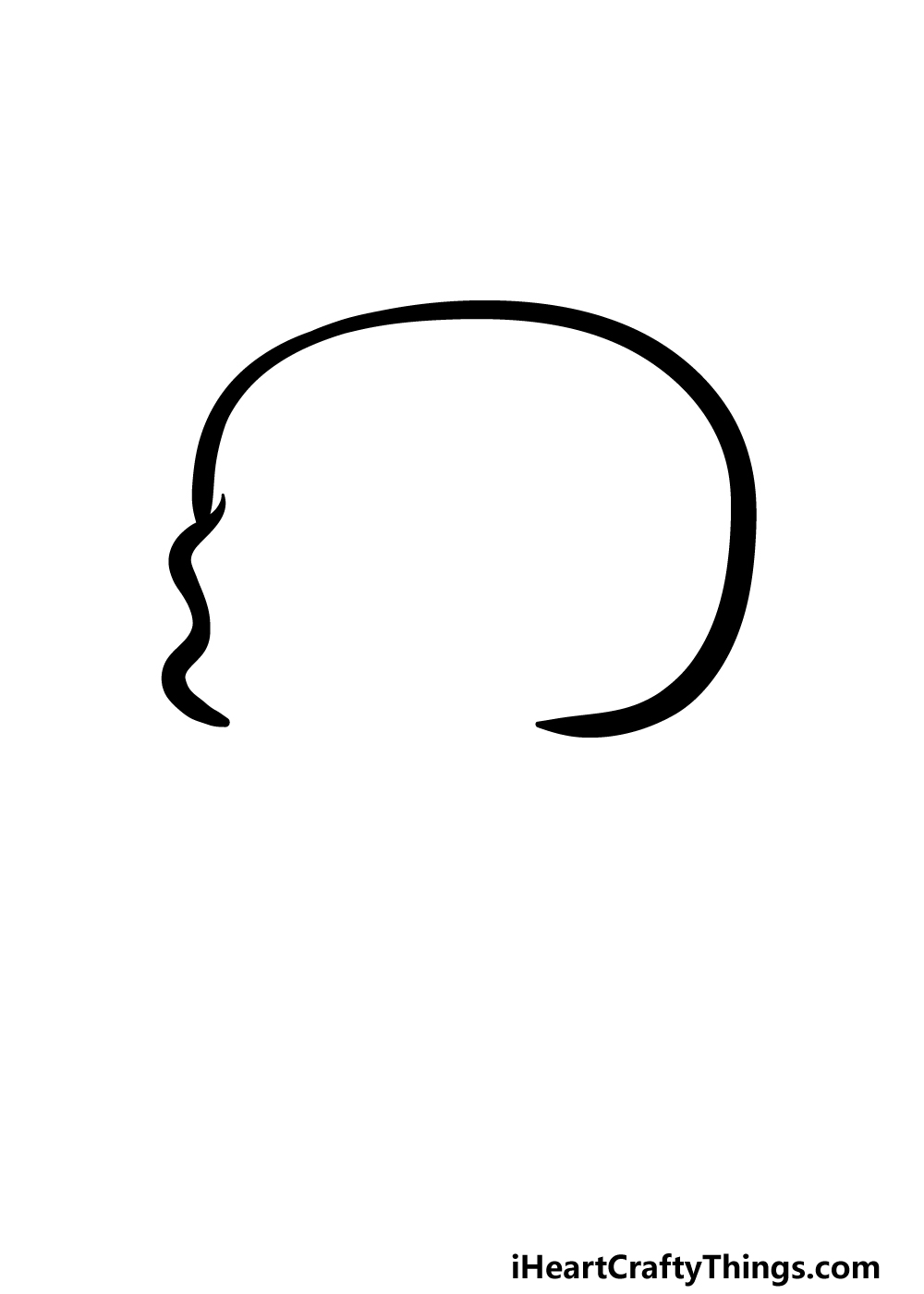 To begin this guide on how to draw a cartoon skull, we will first draw the rounded top of the sull. This will be drawn using a simple round line that loops inward on the right-hand side.

Then, on the right-hand side we will add a wavy line that looks a little like a backward 3.

These lines will lay the groundwork for the structure of the skull, and in the next few steps we will continue adding more elements.

Step 2 – Now, draw the eye sockets and other details 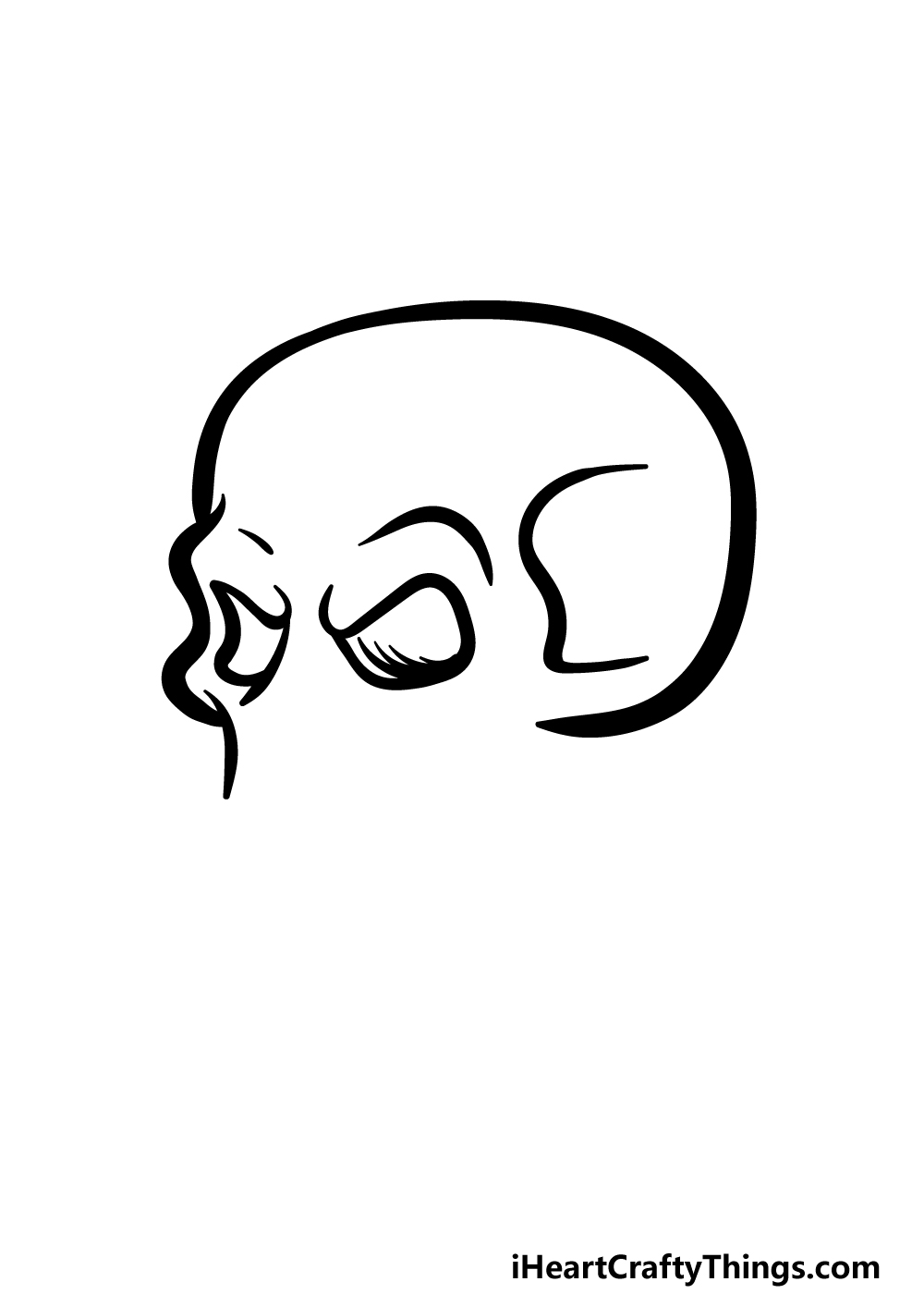 In reality, eye sockets on a skull can’t move, but this cartoon skull drawing will be an exception!

We will start this second step with these eye sockets, and they will be positioned parallel to the backward 3 line we drew in the previous step.

They will have some rounded lines on the upper inner corners, and this helps to give the skull a more sinister expression.

The eye on the left will have a line on the right-hand side extending down to the nose. That may sound confusing, but the reference image will make it clear!

Finally, add some more curved lines above the eye sockets, and then add one more curving line on the right side of the head.

Step 3 – Next, draw the nose, teeth and other details 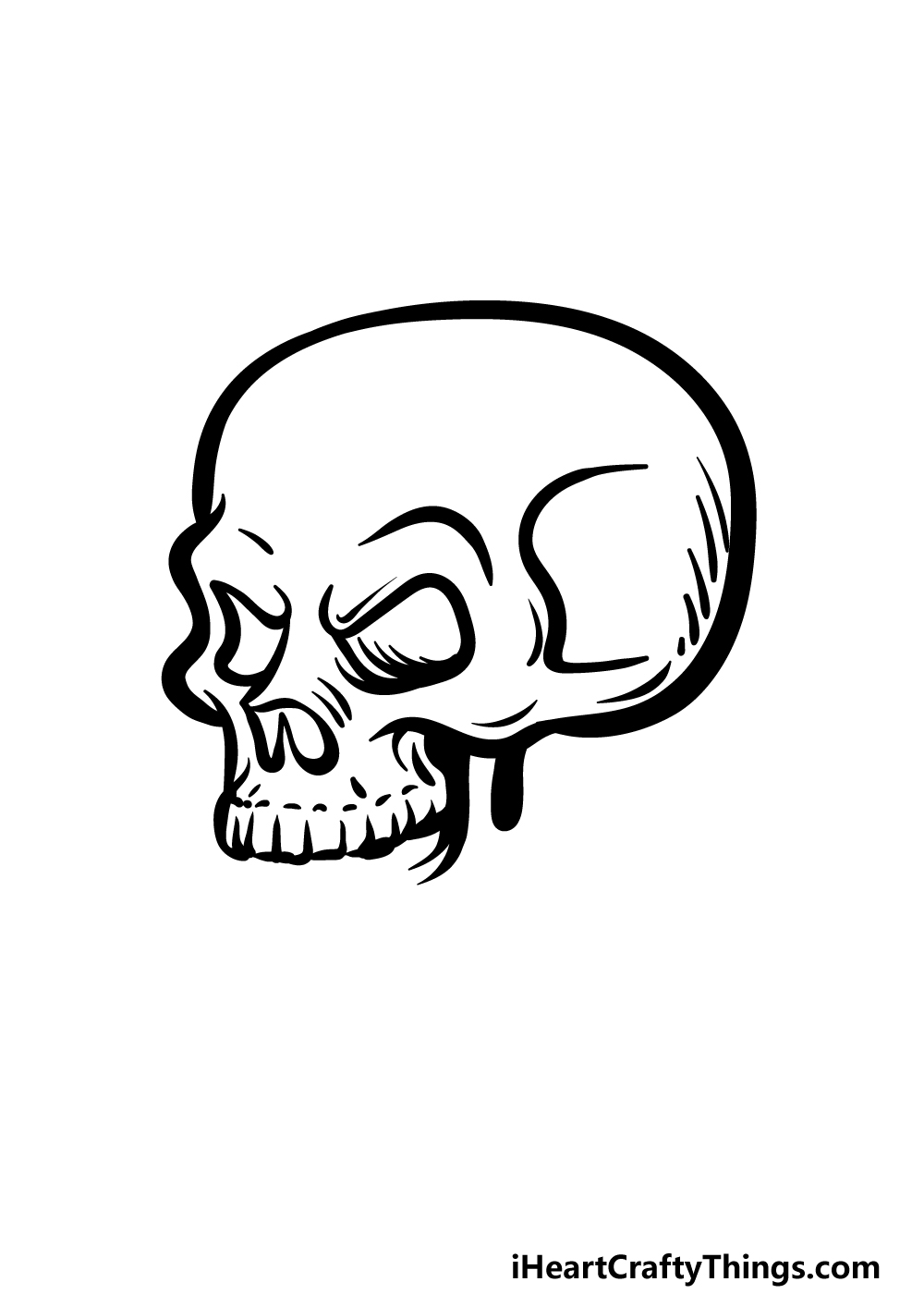 For this third part of the guide, we will be adding the nasal cavity along with some teeth for this skull.

The nasal cavity will connect to that line that was attached to the eye on the left. It will be separated into two sections that are rounded with a pointy tip between them.

Then, we will draw the teeth, and these can be a bit tricky. Each tooth socket will be its own squared section that has a small line above them.

We will then add a wavy cheekbone underneath the eye on the right. Finish off by adding some smaller lines near the back of the skull, and then we can proceed! 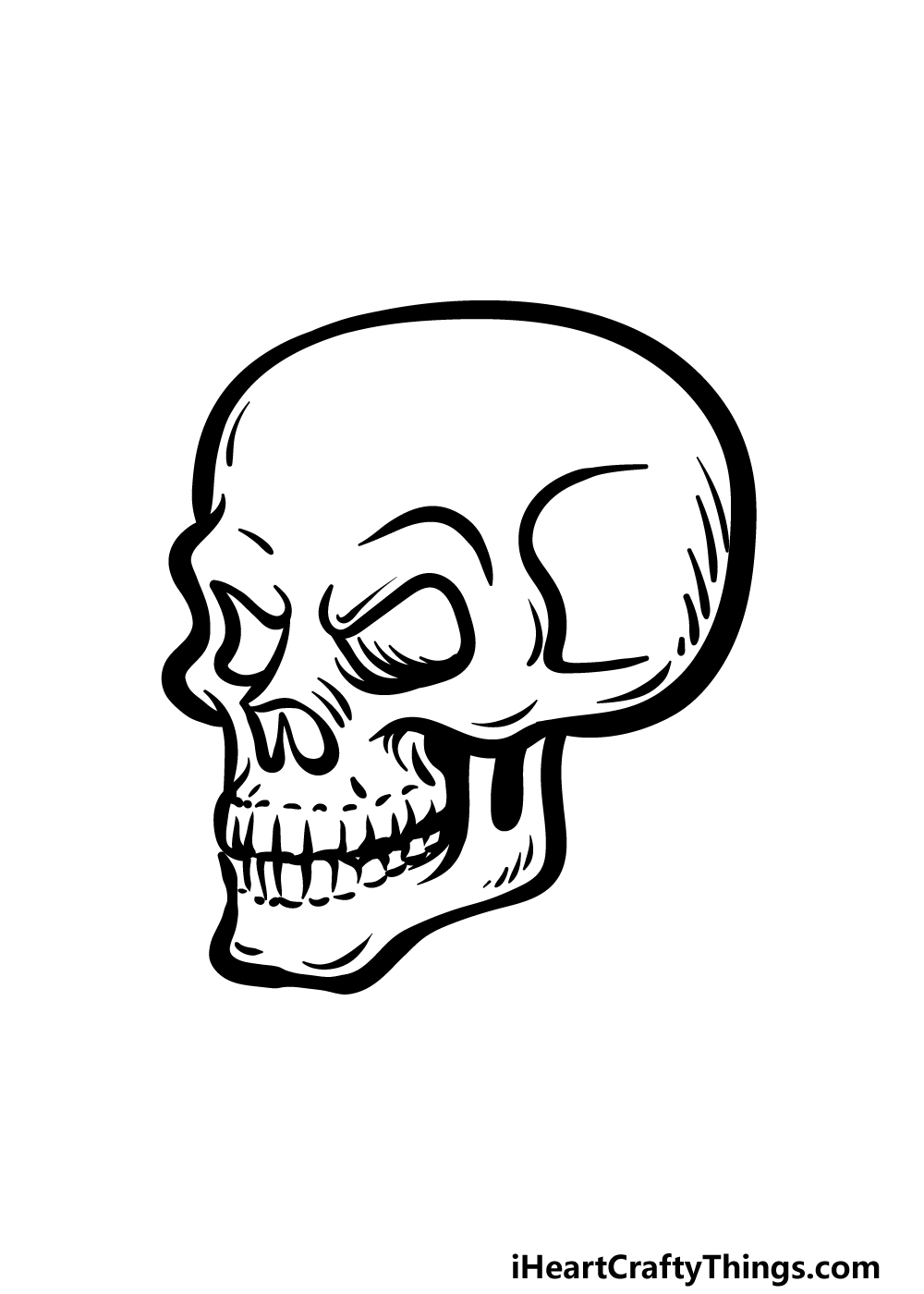 We can finish off the jaw of this cartoon skull drawing in this step, and that will prepare you for the final details in the fifth step.

First, we will draw the bottom row of teeth. These will be drawn in a similar way to the top row. Then, we will add a rounded chin jutting out, and then this will be connected to a rather angular jaw.

That’s all there is to it, so once it looks as it does in our reference image we can move on to the final details in the next step of the guide! 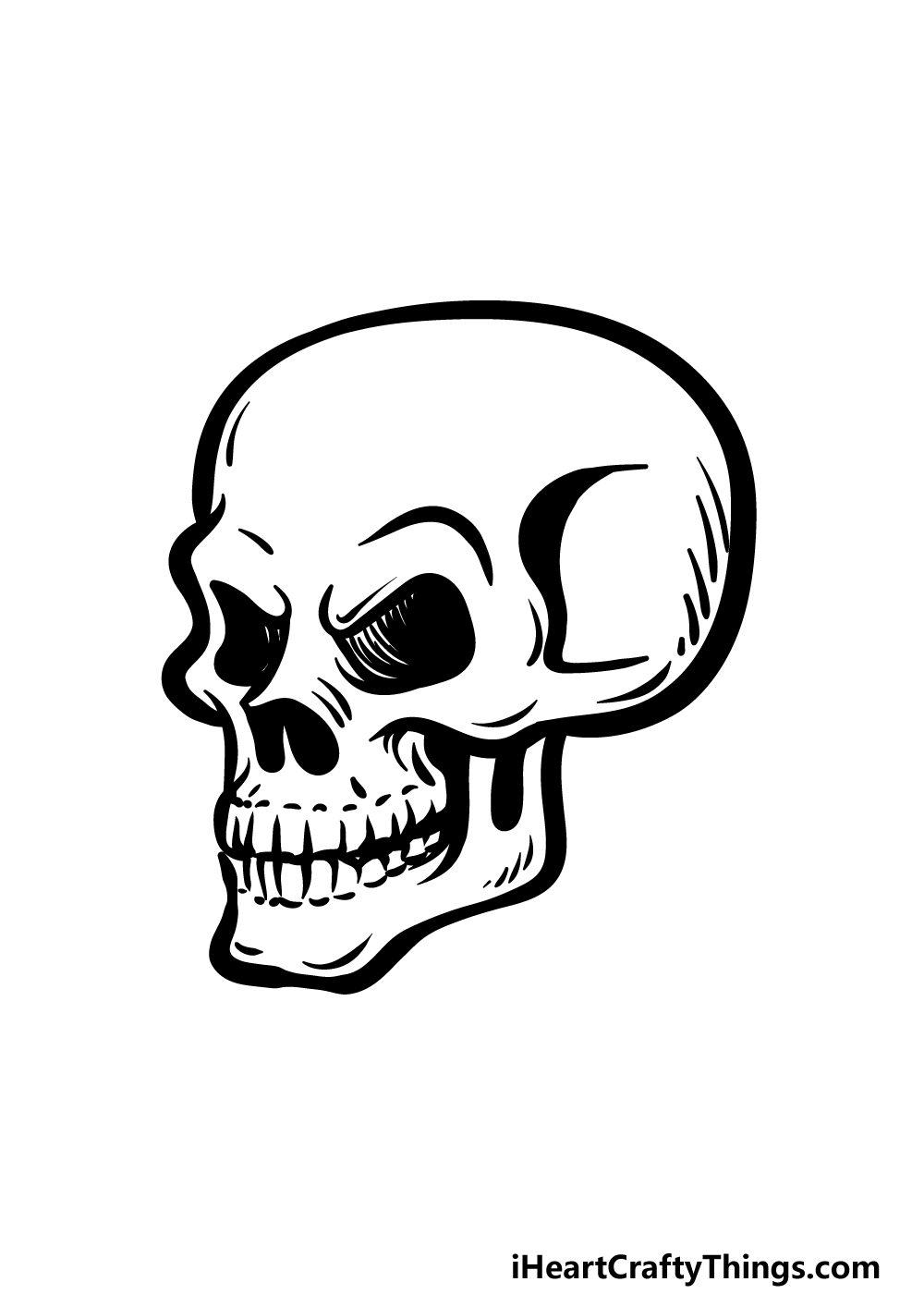 You have practically finished this drawing, but before you have some fun coloring it in the next step, we have some final details to add in this step of our guide on how to draw a cartoon skull.

Specifically, we will be adding some shadows and shading to the skull. We will use some thick black shapes on the insides of the eyes, but we will leave some thin white portions to make the shading look more dynamic.

Then, we added some shading to the side of the skull as well. When you have added these shadows, you don’t need to stop there!

You could add some extra details and maybe add a background for some ideas.

Maybe this skull could be sitting on top of a pirate’s treasure map or in a haunted house! What ideas do you have for this drawing? 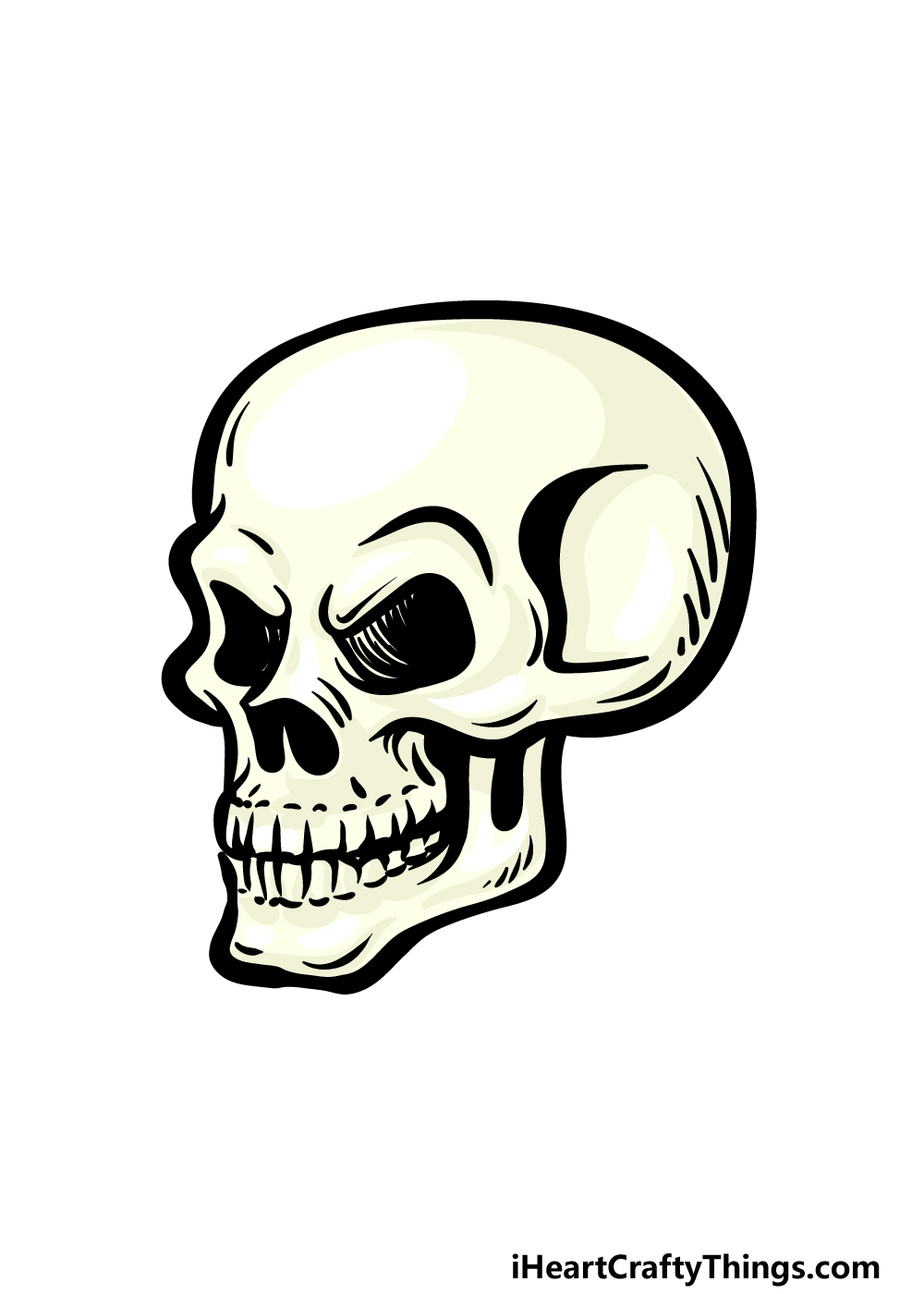 For the final step of the guide, we will have some fun adding some colors to your creation!

In our example picture, we showed you what this skull could look like if you went for some more realistic colors.

We used some light yellows and beige colors for the skull, and this makes it look more like real bone.

You could use similar colors to ours, but you could also use other colors to keep it looking realistic. Alternatively, you could go for some entirely unique color choices instead if you prefer!

If you would like to go for a similar look to our example, we would recommend some watercolor paints. Anything you use will look amazing though, so feel free to have fun and experiment!

These tips for your cartoon skull sketch will make it look even spookier!

For this drawing of a cartoon skull, the focus is purely on the skull itself. You could make it more complete by adding some more of the skeleton it is attached to.

The human skeleton is quite a complicated structure, so you may want to look up some pictures of skeletons online to help you as you draw.

What sort of pose would you like to portray if you add more of the skeleton?

Whether you add more of the skeleton or not, it could also be fun to add some clothing or accessories. For instance, even if you keep it just at the skull, you could add a top hat on top of it.

If you did add more of the skeleton, then it could be dressed in a full suit or another costume. There are lots of interesting possibilities, and you could really get creative with it.

What clothing items or accessories would you like to add?

Skulls are often used for Halloween setups, so you could incorporate other Halloween elements to your cartoon skull drawing. Some classic decorations would be some bats, cobwebs or other bones.

Adding candles and other ambient objects would also help to make the picture more atmospheric. The cartoon skull already has a sinister look on its face, but you could make it look even angrier!

What other Halloween decorations can you think to add to make this skull even scarier?

For instance, you could put this cartoon skull in a misty graveyard. It could also be at a pirate’s lair for another fun idea.

Those are two more involved backgrounds, but you could also put it in a more normal setting such as a biology classroom. What other background settings can you think of?

Your Cartoon Skull Drawing is Complete!

That brings you to the end of this guide on how to draw a cartoon skull!

A skull is pretty tricky to draw even when it’s done in a cartoon style, but this guide aimed to show you that even the toughest drawings are made easier when you know what to do.

As long as you follow all of the steps we prepared for you, drawing this creepy skull will be a piece of cake!

Then you can focus on adding your own details, additions and color choices to really finish it off nicely.

If you would like to see what else you can do, you can head on over to our website to enjoy the many awesome drawing guides we have for you there.

There is a massive selection, and more are on the way soon! Keep checking in to never miss out. 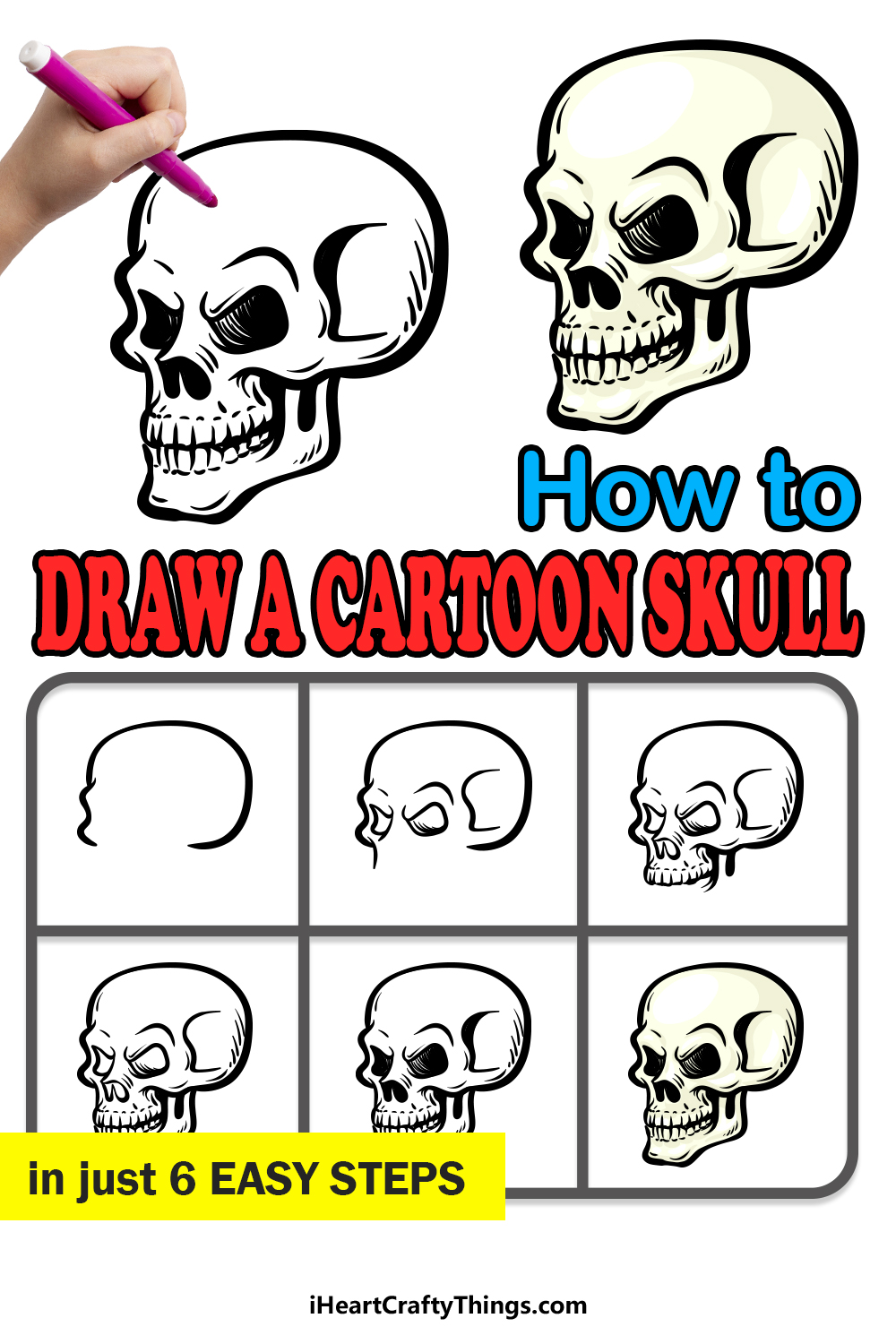 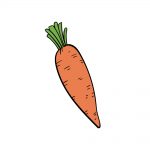 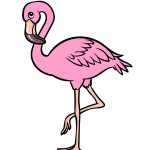