Animals have long been a common subject in many artworks, and drawing is no exception.

Fortunately, we have created a step-by-step tutorial on how to draw animals, summarized in 9 easy steps.

Each instruction comes with an illustration to serve as your visual guide as you follow the steps one by one. 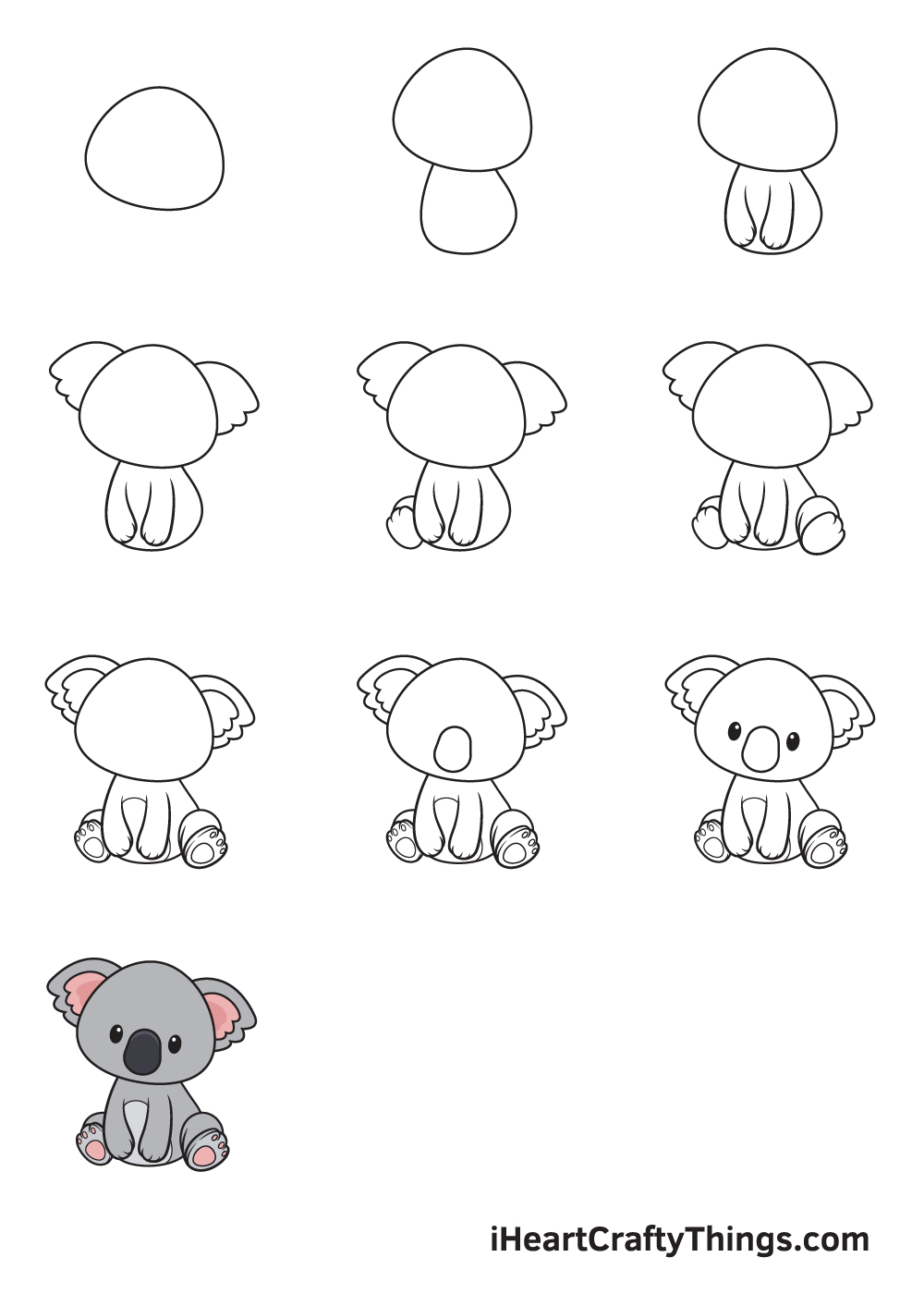 In this guide, we will be learning how to draw a koala.

The koala is a tree-climbing mammal with distinctive physical features including a big black nose, shaggy ears, fuzzy hair, and a pouch where they typically keep their offspring.

The koala is an iconic Australian animal, thus it is extremely popular.

Have fun and use your imagination and creativity!

How to Draw Animals — Let’s get started!

Start by drawing an uneven circle shape with a narrow top and a wider bottom. This forms the shape of the koala’s head.

Remember, use light strokes when drawing an outline. Avoid pressing down too hard with your pencil so you can easily remove some lines you may no longer need later on.

This also keeps your artwork neat and tidy, and most importantly, polished.

Step 2 — Outline of the Koala’s Head and Body

Proceed by drawing an uneven U-shaped curve right underneath the koala’s head. The figure should be wider at the bottom. This creates the body of the koala, which is directly connected to its head.

Bear in mind that the head of the koala should be a bit bigger than its body, as shown in the illustration.

Step 3 — Draw the Left and Right Arm of the Koala

Draw two elongated U-shaped curved lines side by side within the outline of the koala’s body. This forms both arms of the koala.

Afterwards, draw multiple small curved lines at the bottom of each arm to create a distinction between the paws.

Should there be any lines from the outline of the body that overlaps inside the arm, carefully remove it using an eraser.

Step 4 — Next, Draw the Koala’s Pair of Ears

Koalas are particularly known for having enormous shaggy ears, so that’s exactly what we’ll be drawing in this step.

Continue by drawing a downward slope curved line on each side of the koala’s head. Then, close off the figure by drawing a scalloped line at the bottom.

This connects the endpoint of the curve to the side of the koala’s head, finalizing the form of its ears.

Step 5 — Then, Draw the Left Foot of the Koala

Draw a curve on the left side of the koala’s lower body to form its leg. Then, draw a diagonal oval shape with three curves at the top to create the left foot with three paws.

Since the koala is slightly facing towards the left, the left foot isn’t going to be fully visible, as shown in the illustration above.

Then, on the bottom of the leg, draw another diagonal oval shape with three connected curves at the top. At this point, both legs and feet of the koala are now complete.

Remember, the koala’s right leg and foot should be relatively bigger than the one on the left.

Step 7 — Add Patterns and Details on the Koala

When drawing the patterns and details of any kind of animal, it’s important to start at the top then work your way downwards. So, in this step, that’s exactly what we’ll be doing.

Proceed by drawing a figure inside both ears following its outline. This forms the inside or inner ear of the koala.

Then, moving on to the koala’s body, draw a circular outline across its chest forming its underside. Lastly, draw an irregular circle shape with three smaller circles at the top on the soles of the koala’s both feet.

Step 8 — Afterwards, Draw the Nose of the Koala

Moving forward to the facial features of the koala, we’ll be drawing the koala’s nose in this step. Continue by drawing an irregular standing oval shape to form the nose.

Keep in mind that the bottom part of the oval should be a bit wider than the top. A big black nose is one of the koala’s most distinct physical features!

Complete the look by adding a pair of eyes on the koala’s face. Simply draw two upright oval shapes with a small circle inside to form the eyes.

Afterwards, shade the entire space within the eyes except for the tiny circle. This creates a dramatic “sparkling eyes” effect, making the koala look even more charming!

Now, it’s finally time for the most exciting part, which is coloring your drawing!

Though koalas typically have grey-brown fur and white undersides, feel free to color the koala using any colors you like!

Take this opportunity to showcase your artistic skills, especially your ability to mix and match various colors.

Have fun playing with colors and watch as the koala ultimately comes to life!

5 Tips To Make Your Animals Drawing Even Better!

This animals sketch is looking really great, but we have 5 ways for you to make it even greater!

Your Animals Drawing is Complete!

If you’re up for the challenge, then you should check out our tutorial on how to draw a tree!

What kind of animal would you like to draw next? Let us know and we’ll do our best to curate a drawing tutorial for it.

In the meantime, go ahead and check out our “How to Draw” catalog to explore many more fun drawing tutorials like this!

Once you’re done drawing and coloring animals, don’t forget to show off your artwork. Take a photo of your colored koala drawing and post it on our Facebook page and Pinterest.

Don’t be shy—you should be proud of yourself for finishing an impressive masterpiece!

We would love to see your adorable animals drawing! 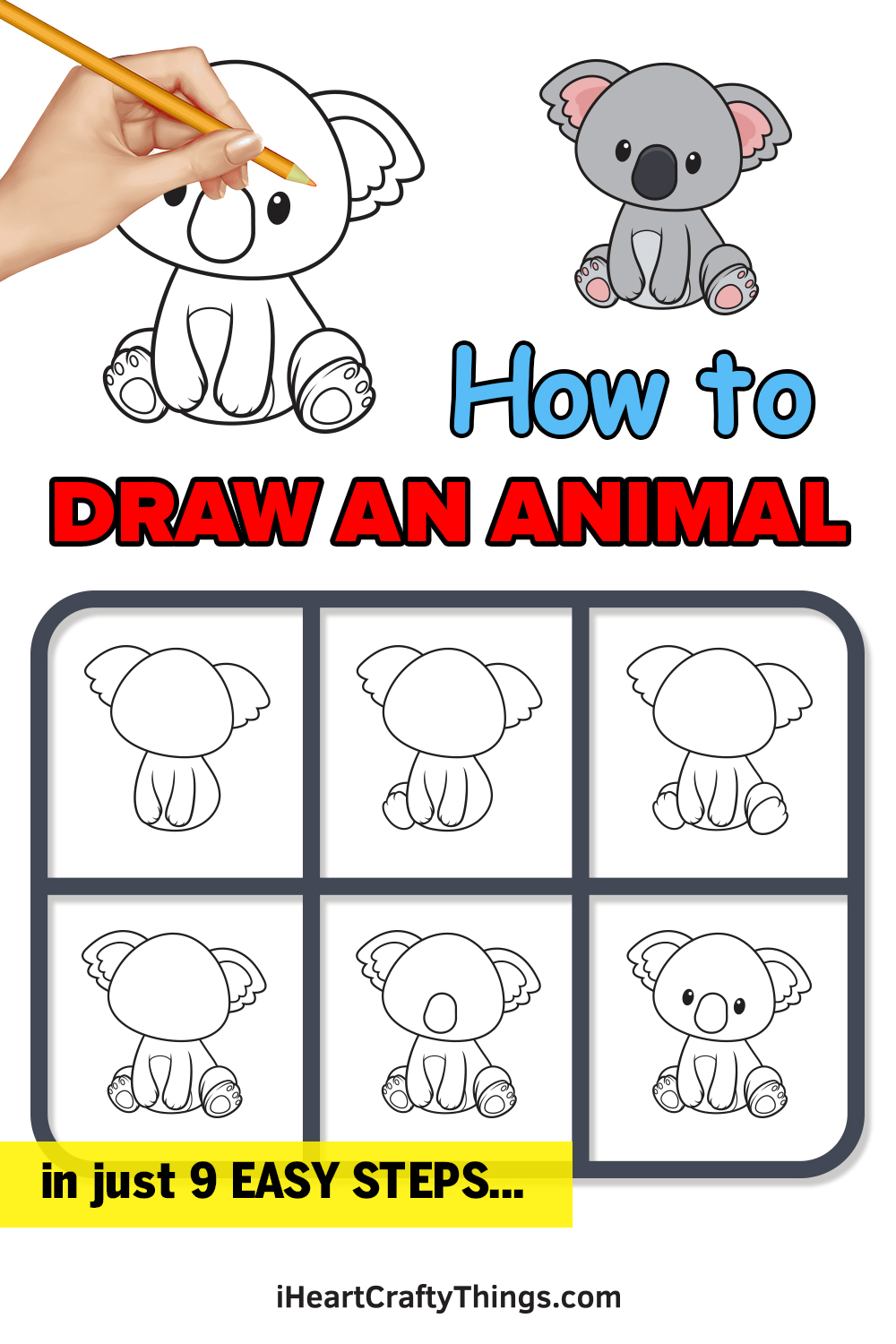 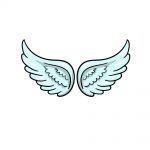