This week we read “A Color of His Own” by Leo Lionni. It is a cute story about a Chameleon who wishes that he could stay one color and have a color of his own and in the process of his quest he finds a new best friend. After reading the story we talked about different colored objects and how if a chameleon were on that object what color they would be, or what pattern they would be. We also discussed how the Chameleon changing colors on objects is his defense mechanism. It helps protect him from predators by blending him into the background.

Then we set off to create our own Chameleon picture. I was lucky enough to see this great idea out of my best friend “The Mailbox” Magazine. We each chose what color we would be if we were a Chameleon and figured out what object we would have to stand on in order to be that color. 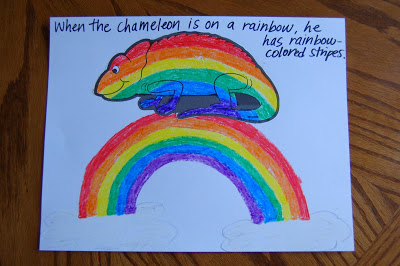 Here is my masterpiece above. haha

Materials you will need:
-white sheet of card stock paper
-crayons
-chameleon image (I found mine out of “The Mailbox ” Magazine but I found several by doing an image search on Google for chameleon clip art on google)
-scissors
-glue stick
-black marker

Directions:
1. Draw and color a picture on your white card stock paper of the object the Chameleon will have to stand on in order to change colors.

2. Cut out your Chameleon image and glue it to the top of your object. 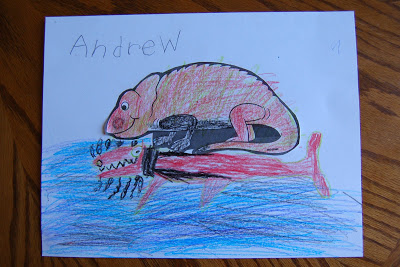 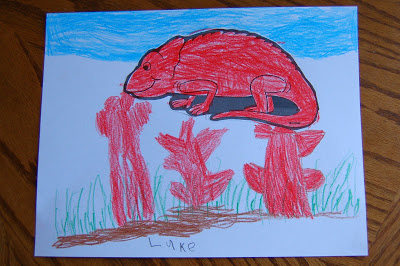 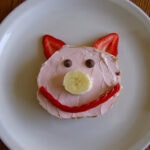 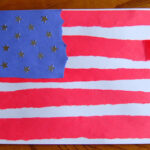