My boys love crocodiles! I was so excited when my son picked out Lyle, Lyle Crocodile from the Library so we could make a crocodile craft. We decided to read a couple more stories and spend the week learning about alligators and crocodiles. 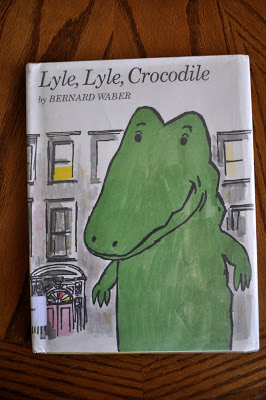 Lyle, Lyle Crocodile by Bernard Waber is the second in the Lyle the Crocodile series. It is about a crocodile who lives in the city with a family named the Primms. The family’s neighbor Mr. Grumps dislikes Lyle because he scares his cat and he ends up having Lyle thrown in the local zoo. Lyle is surprisingly freed by his old performing partner, Mr. Valenti, and when they got back to the Primms home they find Mr. Grumps’ house on fire. Lyle rescues Mr. Grumps, is declared a hero, and is allowed to stay with the Primms. 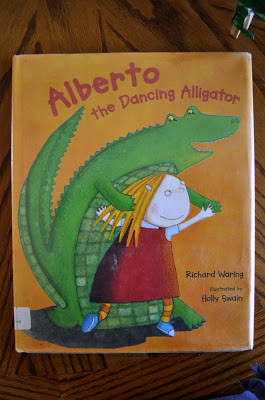 Tina receives a big egg from her Uncle and is so excited when it hatches into an Alligator. She names it Alberto and it loves to dance the tango. It soon grows big enough that it has to live in the bathtub, but one day as Tina and Alberto were dancing in the bathroom, they slip on a bar of soap and Lyle slips into the toilet while Tina accidentally flushes him down. This is a rather silly and fun story about how Lyle has to find his way back to the right home by coming up the toilets through the sewer system. Tina eventually guides him back to their home through Alberto’s favorite tango music. I must say we rather enjoyed it!

We also enjoyed some non-fiction reading, Alligators and Crocodiles from the Zoobooks series. 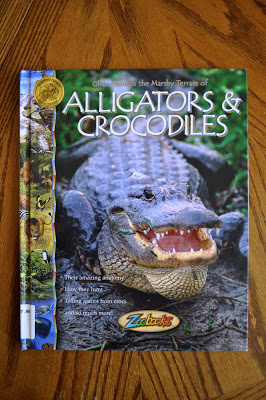 This is a great read to understand the differences between alligators and crocodiles. My kids asked to read it almost every day last week. They are huge fans of non-fiction books.

Our crocodile craft was inspired from a craft by Relentlessly Fun, Deceptively Educational. They used a painting technique to make scales on the reptiles with a shower poof and I just had to give it a try.

To make our crocodile I found the perfect pattern HERE which you can print off on card stock paper. The pattern only came with one leg, so you will have to trace another leg onto the paper for the crocodile. 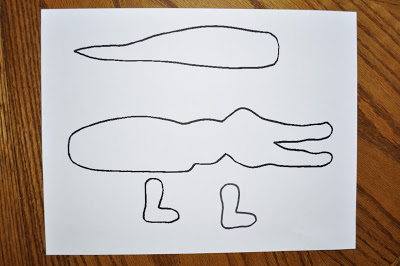 We started out by painting the pattern green with water colors. I was worried some white would show through when we painted the crocodile, that’s why we did this step. However, I’m not so sure it was really necessary. You will see why in the next step. 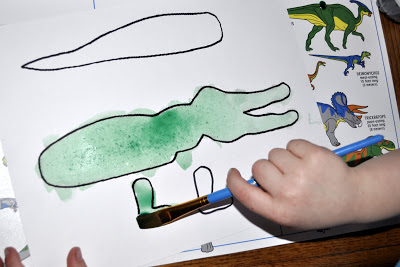 To finish painting the crocodile, take a shower poof and rip a large strip out of it. 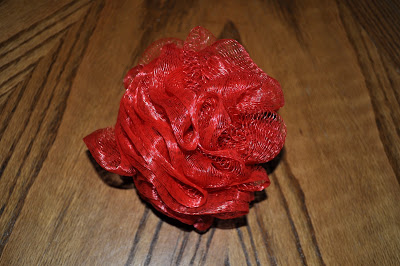 Lay the netting over the crocodile pattern and dab paint over it to make a scale texture. 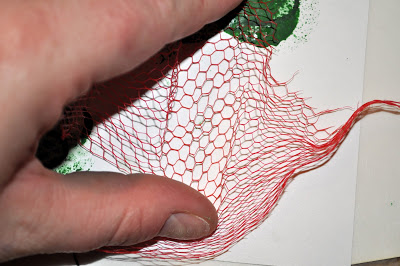 As my kids got to dabbing I started realizing the netting worked better if you lightly dabbed it with paint. I was worried that by my kids using lots of paint, the texture wouldn’t show through, but as you can see in the picture below, it did. You can also see how unnecessary the water coloring was. 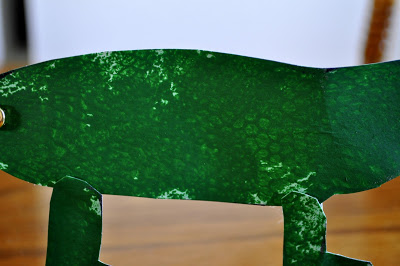 After the paint is completely dry, cut out all the crocodile pieces. 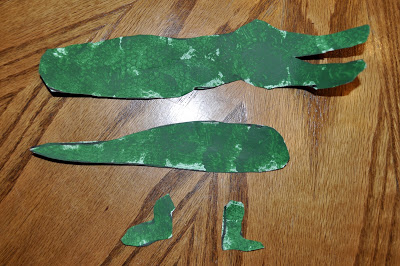 We attached the tail to the crocodile body with a metal brad. This way the kids can move the tail around. 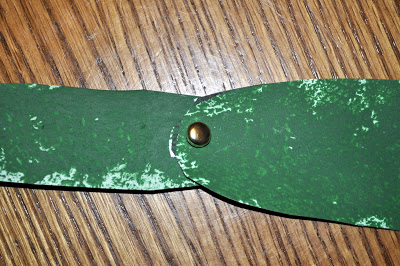 Next I hot glued two clothespins to the back of the crocodile so he would be able to stand up. 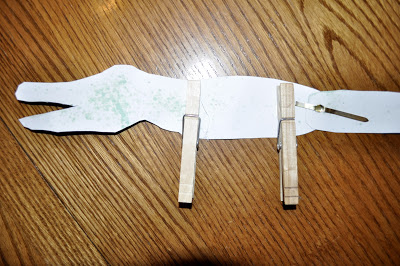 Glue the feet to the front of the clothespins and your crocodile is complete.

I like to link my posts up to THESE fun link parties. 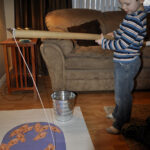 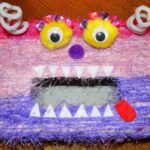