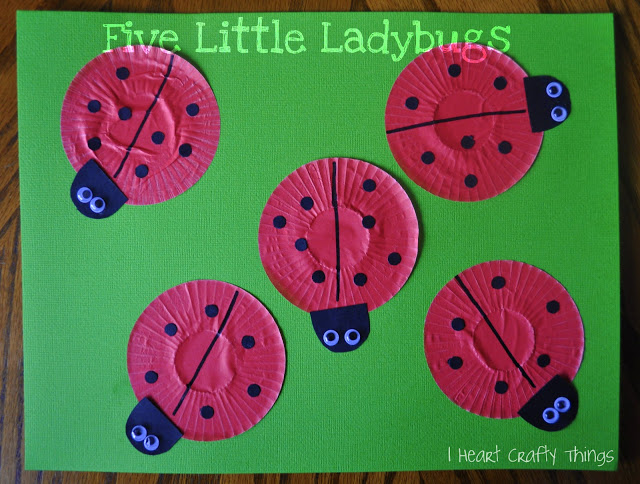 I found this adorable “Five Little Ladybugs” cubby book in the Target dollar section (I think it was actually $2.50) and purchased it to include in my toddler’s Easter basket. 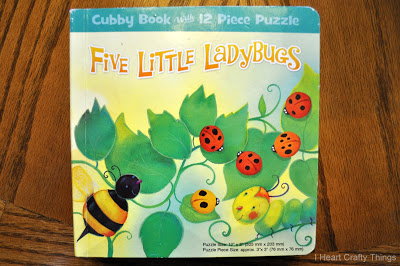 It has this little cubby in the back of the book that holds a 12-piece puzzle to go along with the book. 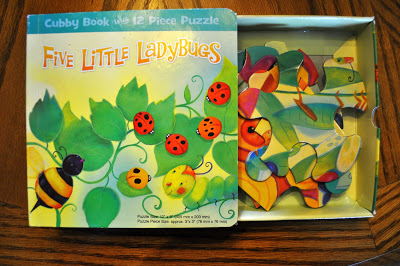 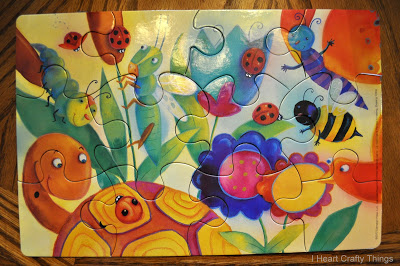 My daughter loves it! She isn’t quite old enough to complete the puzzle all by herself but she is quickly getting the hang of it. 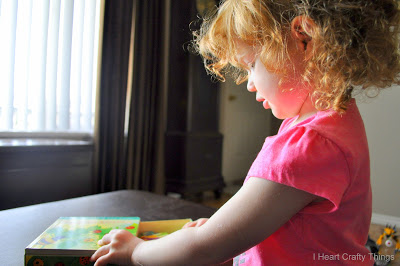 The craft was so simple and fun for her! She glued 5 red mini cupcake liners onto a green sheet of cardstock paper. We chose green so it would look like they were on a leaf or grass. Next she glued on the black faces that I had pre-cut before starting. At this point I used a black marker to draw a black line down the center of the cupcake liner dependent on where she placed the face. 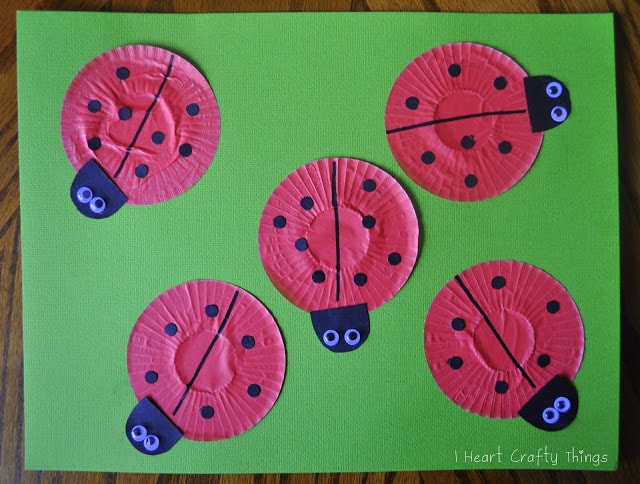 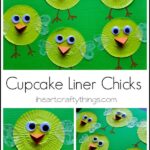 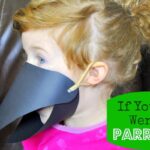