When it comes to Star Wars, there are many awesome characters to choose from when picking a favorite.

He has been getting more time in the spotlight with appearances in modern Star Wars shows and other media, so it’s a great time to be a Boba Fett fan!

If you love the mysterious bounty hunter, then learning how to draw Boba Fett should be a lot of fun for you!

This step-by-step guide on how to draw Boba Fett in just 6 steps will show you how to draw the deadly warrior. 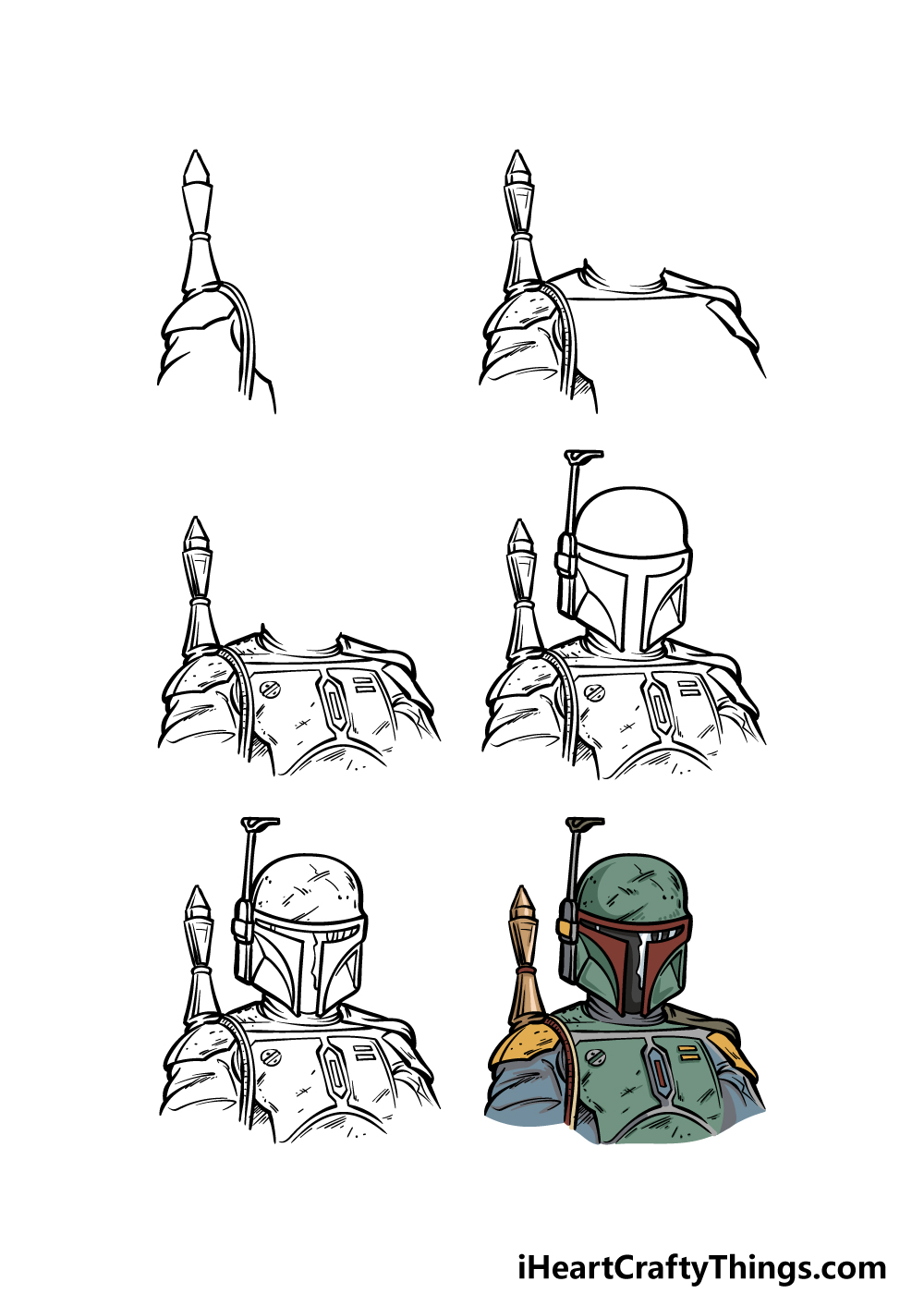 How to Draw Boba Fett – Let’s Get Started! 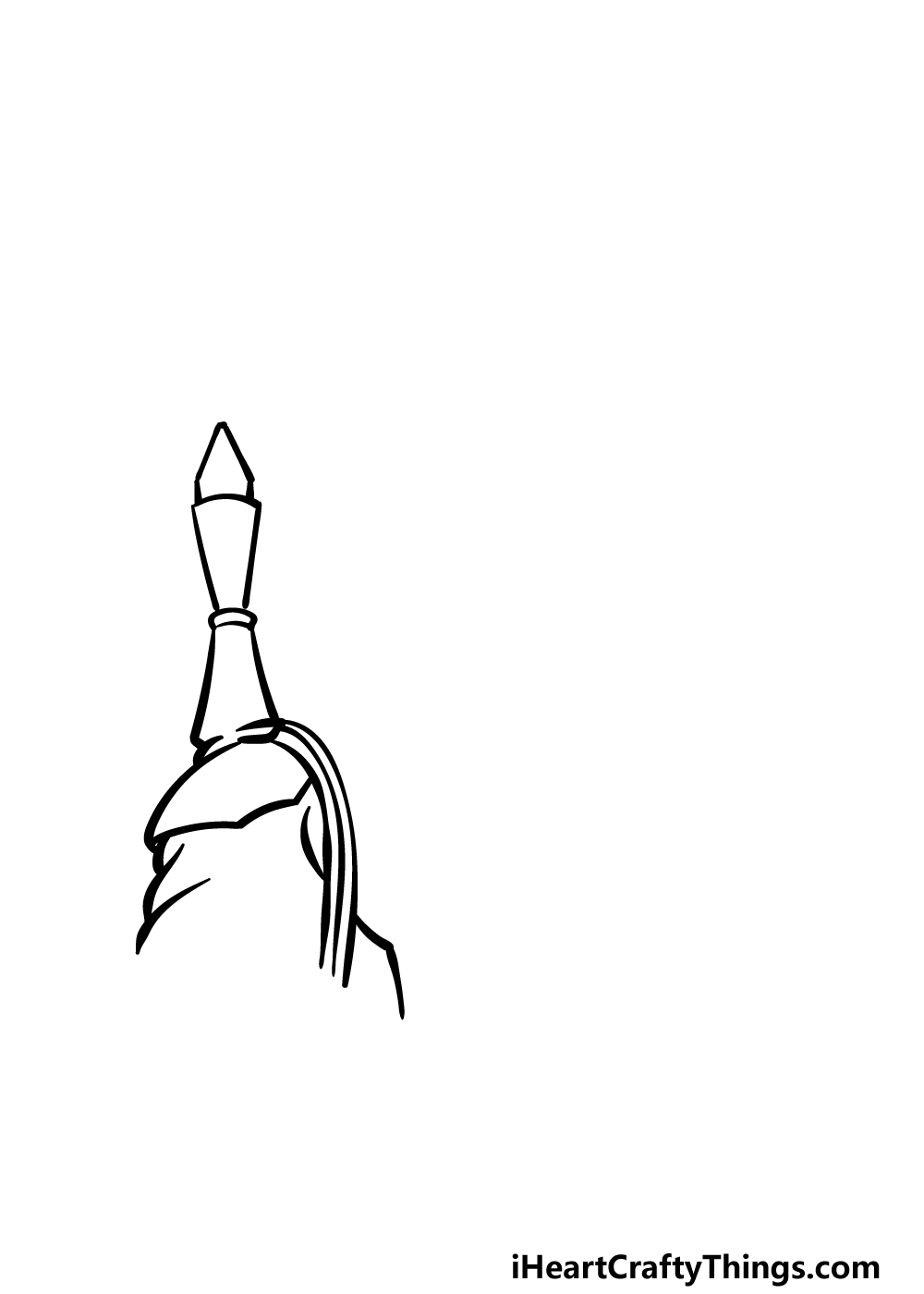 We shall start this guide on how to draw Boba Fett by drawing his shoulder on the left along with the top of his jetpack.

First, draw two curved lines close to one another for the rim of his armor where his arm would poke out.

Then, draw some more curved lines to create the small piece of armor that would go over his shoulder.

Once those parts are drawn, you can then add the outline for his arm dropping down. Finally for this step, we shall draw the top of his jetpack.

This section almost looks like the head of a rocket and it will be drawn in several sections. Once you have it looking as it does in our reference image, you will be ready to move to step 2!

Step 2 – Now, draw more of his shoulders and armor 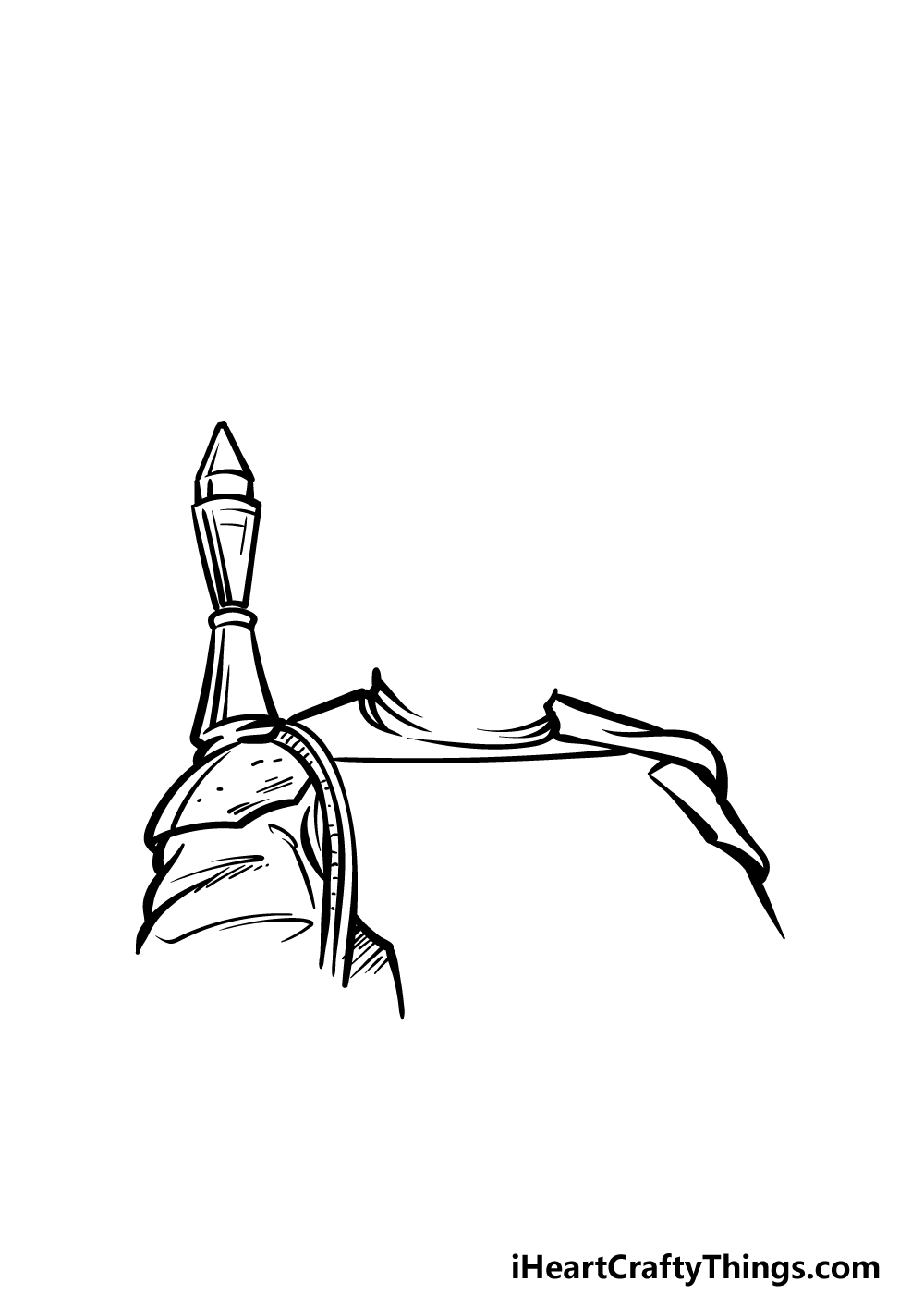 Now we shall continue drawing more of the body for your Boba Fett drawing whilst also adding some detail to it.

There will also be some more armor over his shoulder on the right. Once all these aspects have been drawn, finish off by adding some weathering details onto the parts that you have drawn so far.

Step 3 – Next, draw the details for his armor 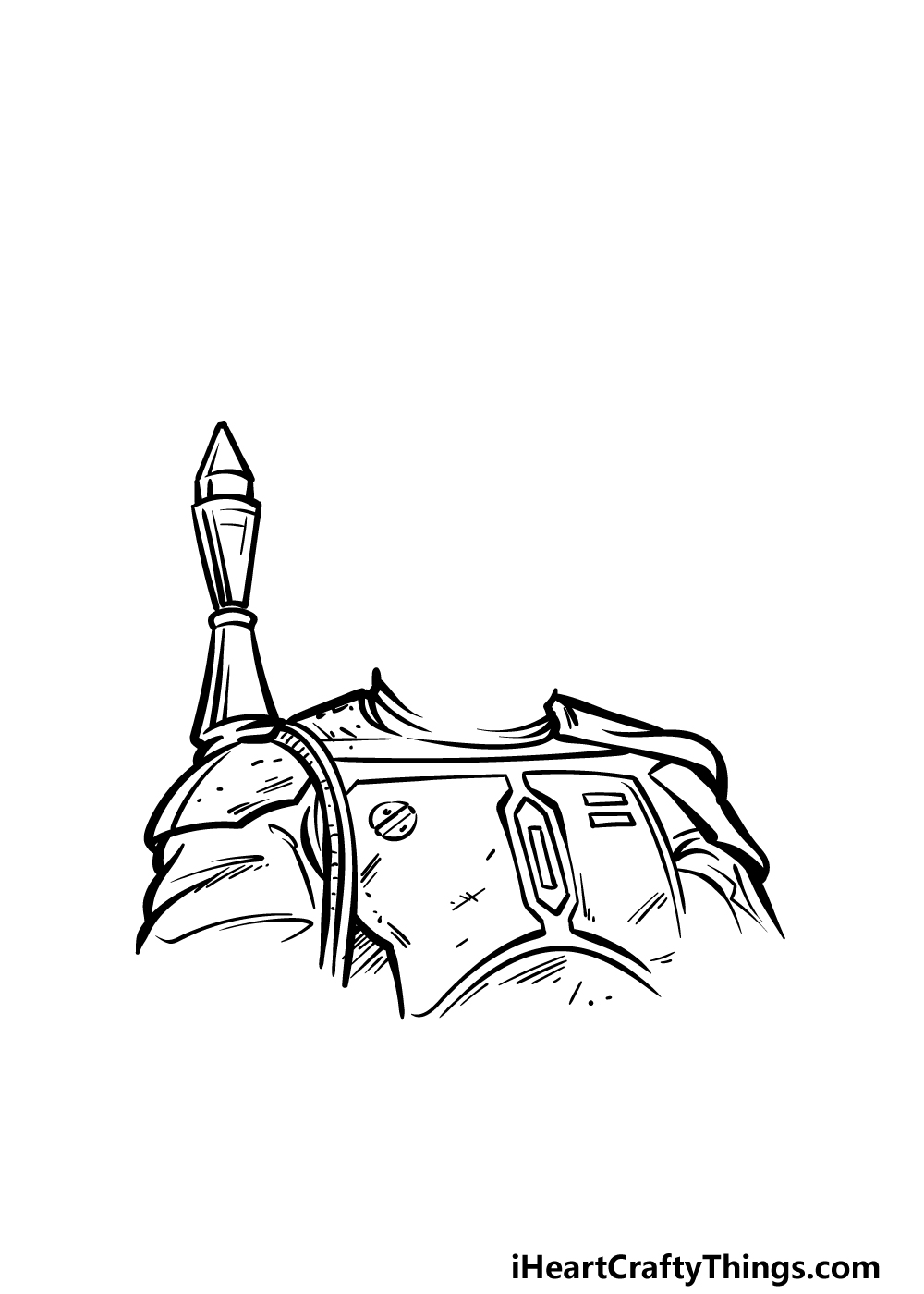 Boba Fett has a rather detailed set of armor that he wears, and we will draw the chest plate in this step of our guide on how to draw Boba Fett.

There will be a lot of detail packed into this chest piece, so you will definitely want to refer closely to the reference image as you draw.

The armor is made up of several shapes that slot together to form the pattern that you see in the image.

There are a few small markings embedded in it as well, and you can then finish off by adding some scuff marks and battle damage to the surface. Then it will be on to step 4!

Step 4 – Now, draw the outlines of his helmet 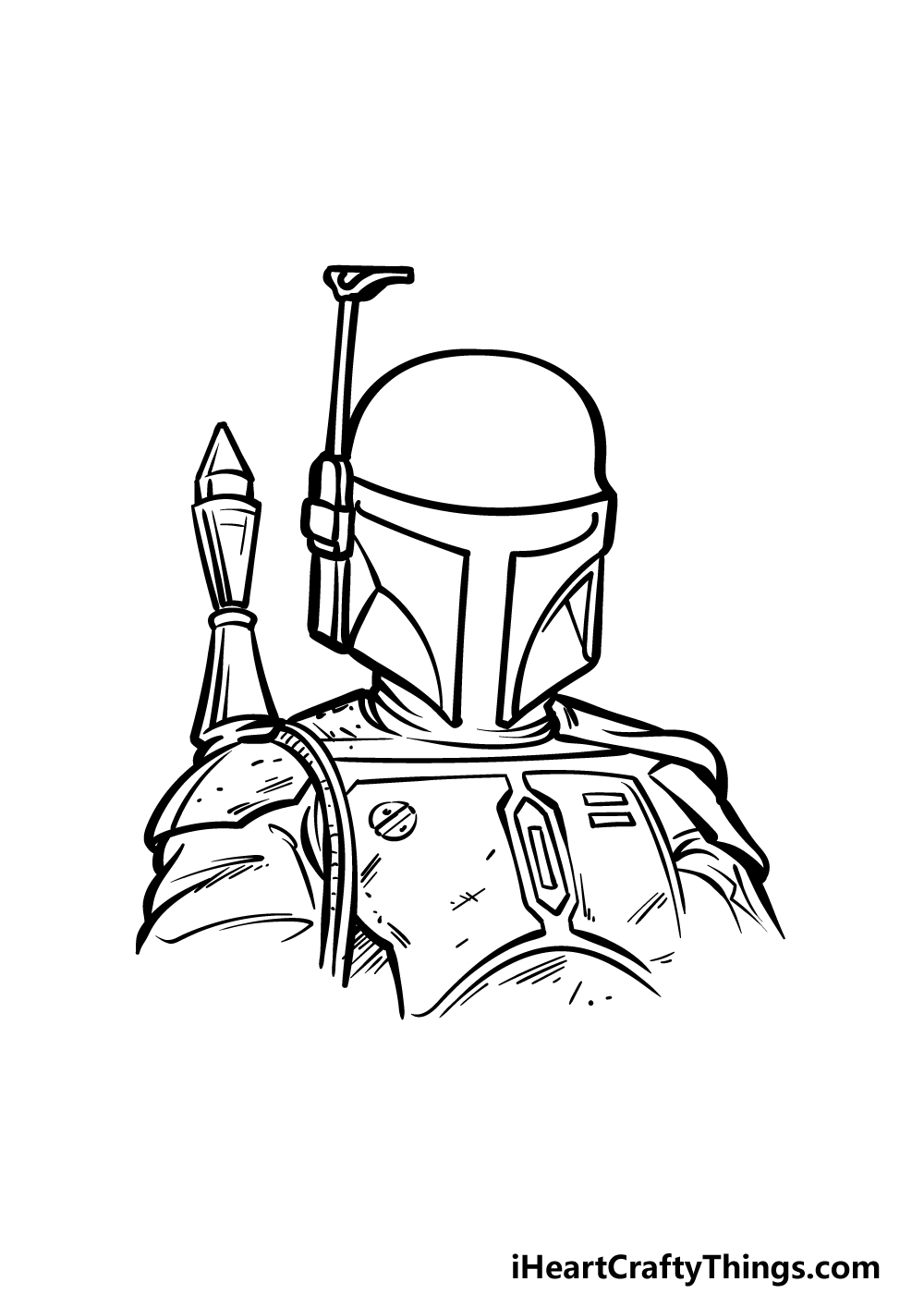 Perhaps the most recognizable part of Boba Fett’s appearance is his iconic helmet. No Boba Fett drawing would be complete without it, so we shall add it now!

Using the reference image as your guide, you can use some rounded lines for the outline of the helmet. The helmet will also have a T-shaped hole at the front.

The final aspect to add will be the flippable visor on the left-hand side of the helmet. There will be a space left at the base of the helmet, but we will fill that in shortly.

Step 5 – Add the final details to your Boba Fett drawing 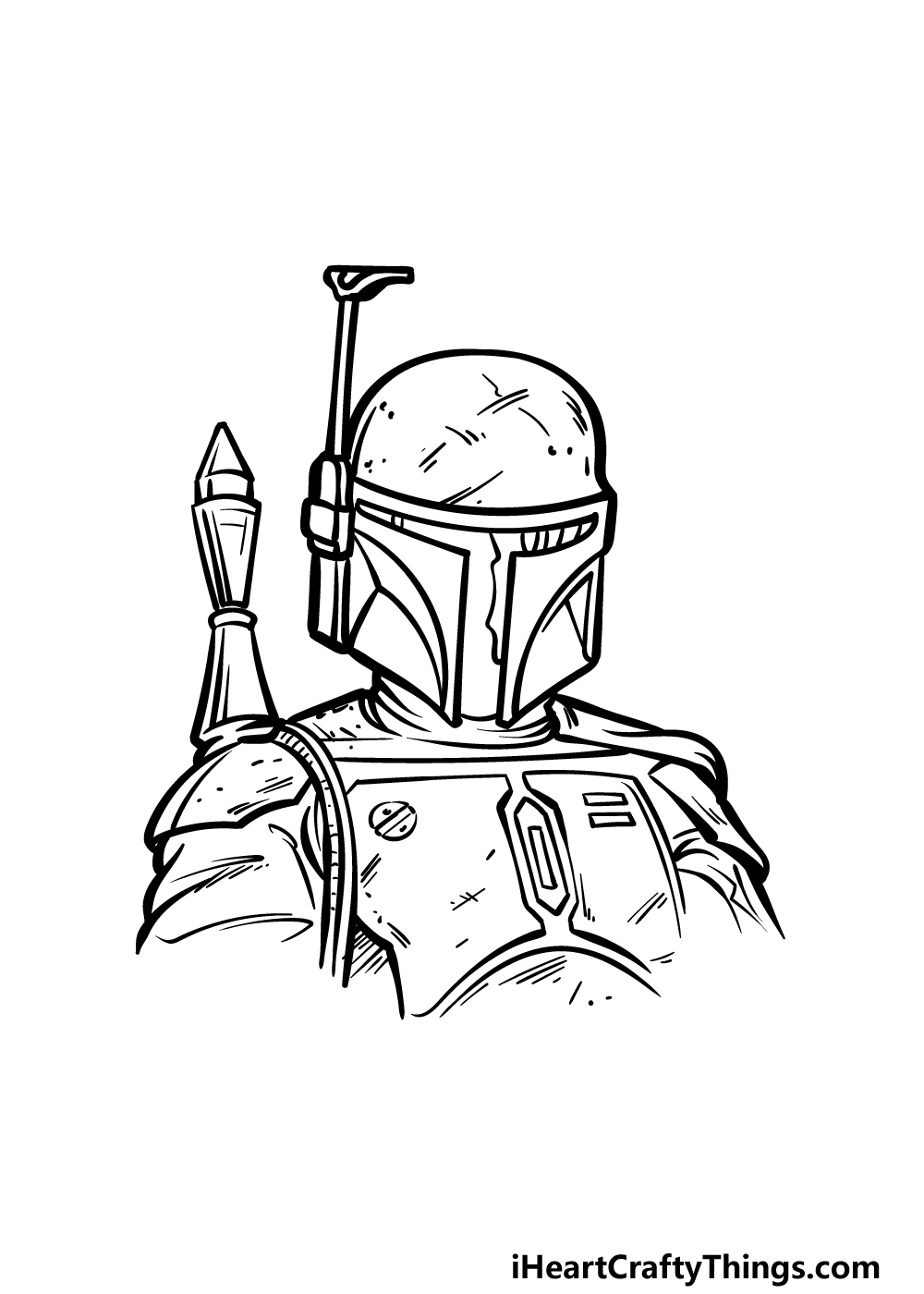 You have almost completed this picture, and we have just a few more details before you move on to the final step of this guide on how to draw Boba Fett.

The details that we will be adding will be composed mainly of some more scuff and battle damage detail throughout his helmet and armor. You can also use a small line to draw the base of his helmet.

Once you have added all of these details, you could also add some elements and details of your own!

One idea would be to draw a background, and you could either replicate your favorite Boba Fett scene or create a brand new one. How will you finish off this Boba Fett drawing?

Step 6 – Finish off your Boba Fett drawing with color 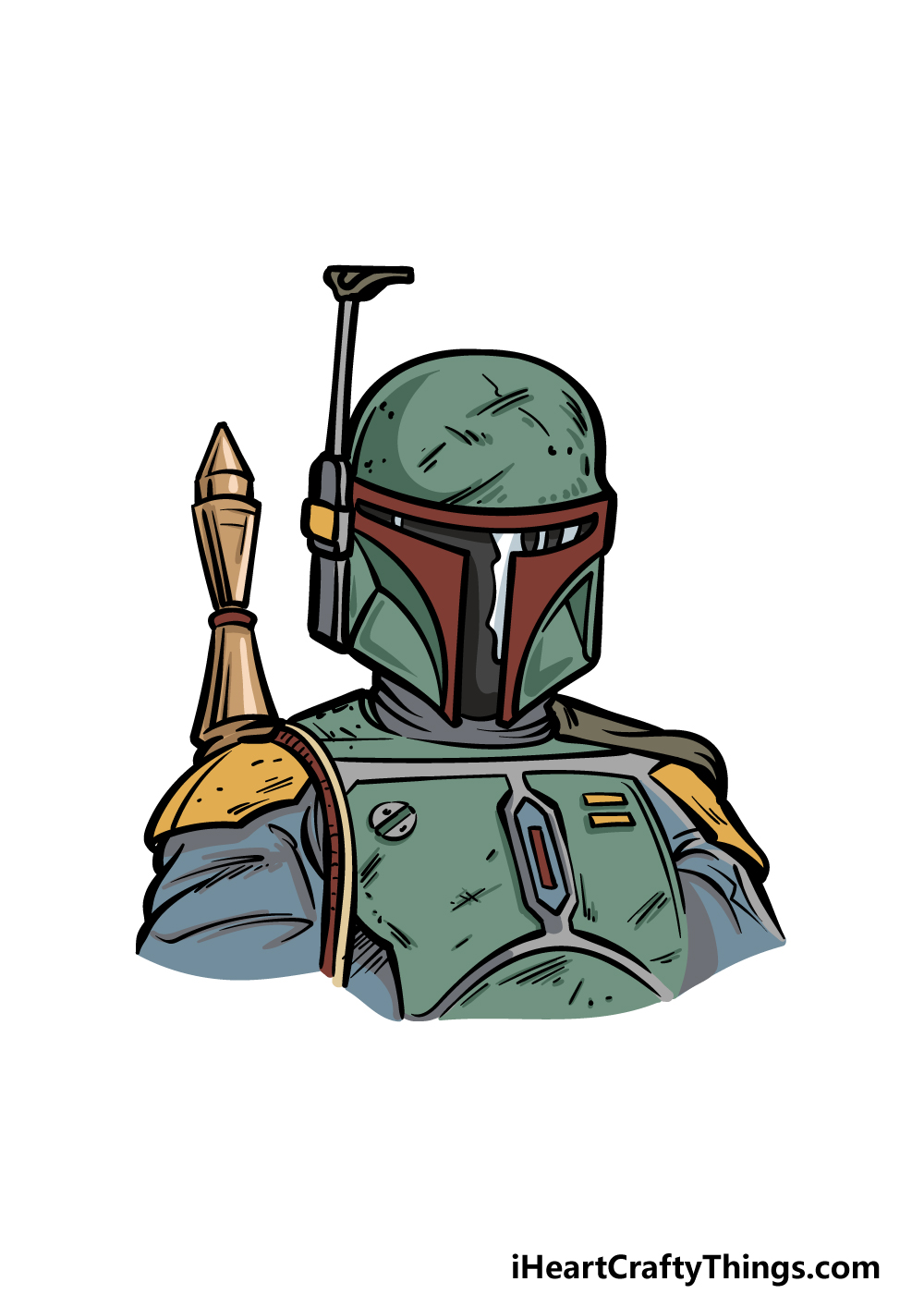 This final part of your Boba Fett drawing is where you can finish him off with some color!

In our reference image, we went with the classic color scheme that Boba Fett features in his various appearances. That means that we used some greens, yellows and reds for his helmet and armor.

If you would like to have Boba Fett looking accurate to the films, then you can replicate the colors as we used them in our image.

We can’t wait to see which colors, art tools and mediums you use to finish off this famous bounty hunter!

Recreate the famous bounty hunter with these tips for your Boba Fett sketch!

We focused on the helmet and chest armor of this famous character for this Boba Fett drawing. You could add some more of his armor and his body for a more complete picture!

If you wanted to draw some more of Boba Fett, you could pause one of the films he appears in or look up some pictures online. You could add as much of his design as you like and maybe even create some cool poses!

When bounty hunting, he will use all sorts of tools and gadgets to catch his targets. You could add some of these to your drawing of Boba Fett!

This would be especially great if you followed our previous tip and added more of his body to create a pose. Maybe he could be using his flamethrowers or throwing a net for two ideas.

What are some other tools of the bounty hunting trade he could use?

The Star Wars series is filled with many iconic locations and planets. That means you would have many options for background settings for this Boba Fett sketch!

Maybe you would want to have him in the deserts of Tatooine or maybe the icy planet Hoth. you could stick to planets he appears on in the films and TV shows or put him on one he has yet to visit.

Which famous Star Wars locations could you use for a background?

Similarly, the Star Wars series also has many famous characters. You could add some of these for some extra fun in this Boba Fett drawing!

Maybe he could be with Darth Vader in Cloud City or facing off against Luke Skywalker. These are a few characters he met in the movies, but maybe you have always wondered what it would be like if he met other characters.

Which of your favorite Star Wars characters would you use for this image?

Your Boba Fett Drawing is Complete!

With that, you have successfully completed your mission of replicating this famous character in our guide on how to draw Boba Fett!

His armor and features have a lot of detail packed into them, so in this guide we aimed to make it much easier for you by breaking it down into smaller steps. Hopefully this made it easier and more fun for you!

Now you can show off how you would like to finish off this image by adding your own ideas.

We mentioned a few ways that you could go about doing this, but now you can also show off other cool ways of finishing it off.

Whether you add some details, draw a background or experiment with some awesome art mediums, we can’t wait to see what you do!

When you are finished with this guide, you can find many more awesome drawing guides on our website.

We have a huge variety of guides to enjoy and we will be uploading new ones soon, so be sure to keep checking in!

Once your Boba Fett drawing is complete, you can take a photo of it or scan it and then share the image on our Facebook and Pinterest pages for us to see! 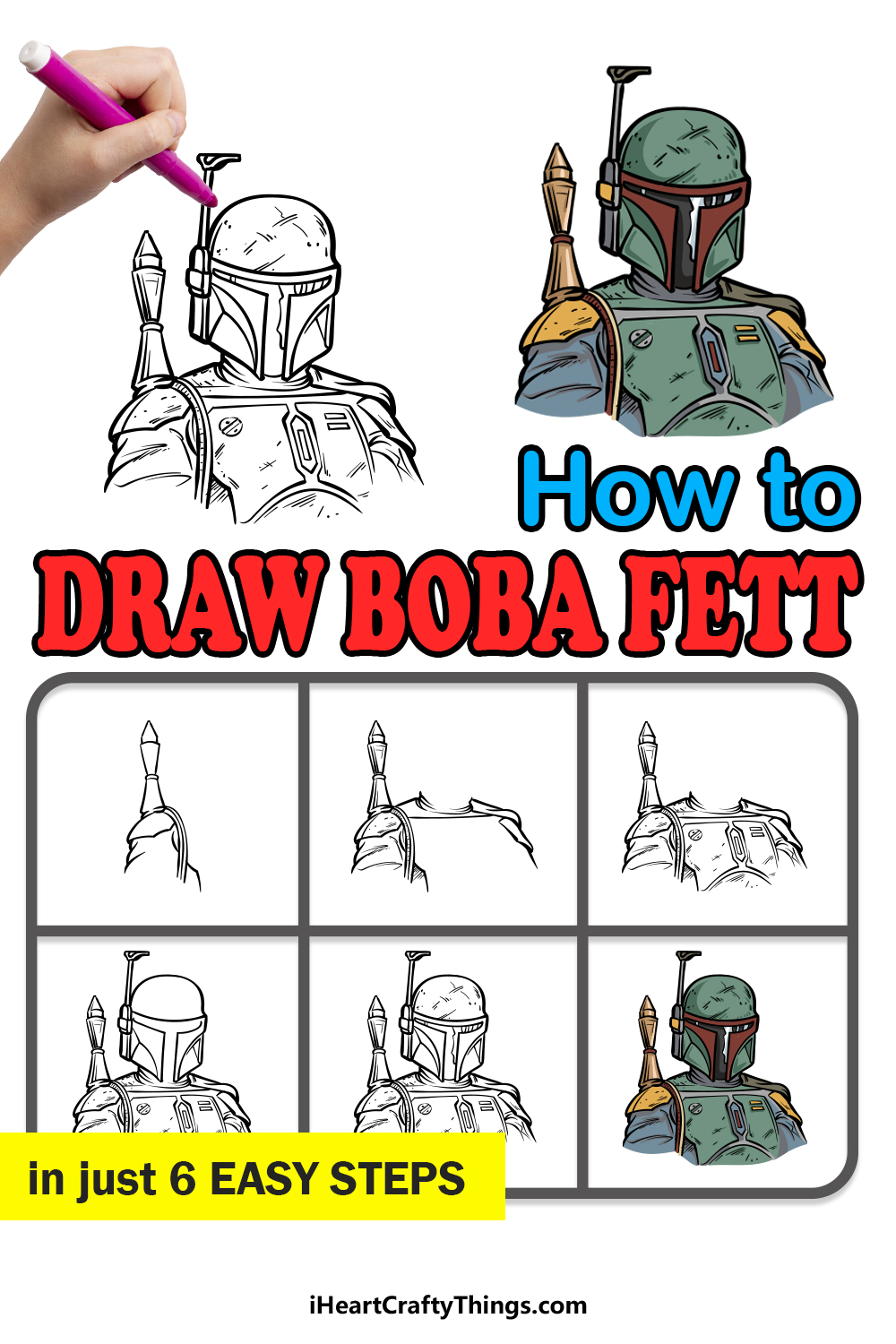 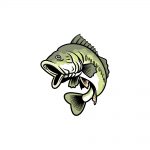 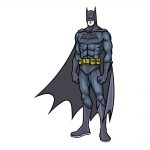