There are many small organisms and other beings all around us that we can’t see. One of these is bacteria, and these little guys are all around us.

Bacteria are microscopic single-celled organisms that perform many functions around us.

We have multitudes of bacteria in our bodies that help fight sickness and to keep our bodies running smoothly.

They are also the focus of this guide on how to draw bacteria!

Bacteria can come in many different forms and shapes, and we will be portraying a few of these variations during this tutorial.

So get ready to see exactly how it’s done as we begin this step-by-step guide on how to draw bacteria in just 6 fun and easy steps! 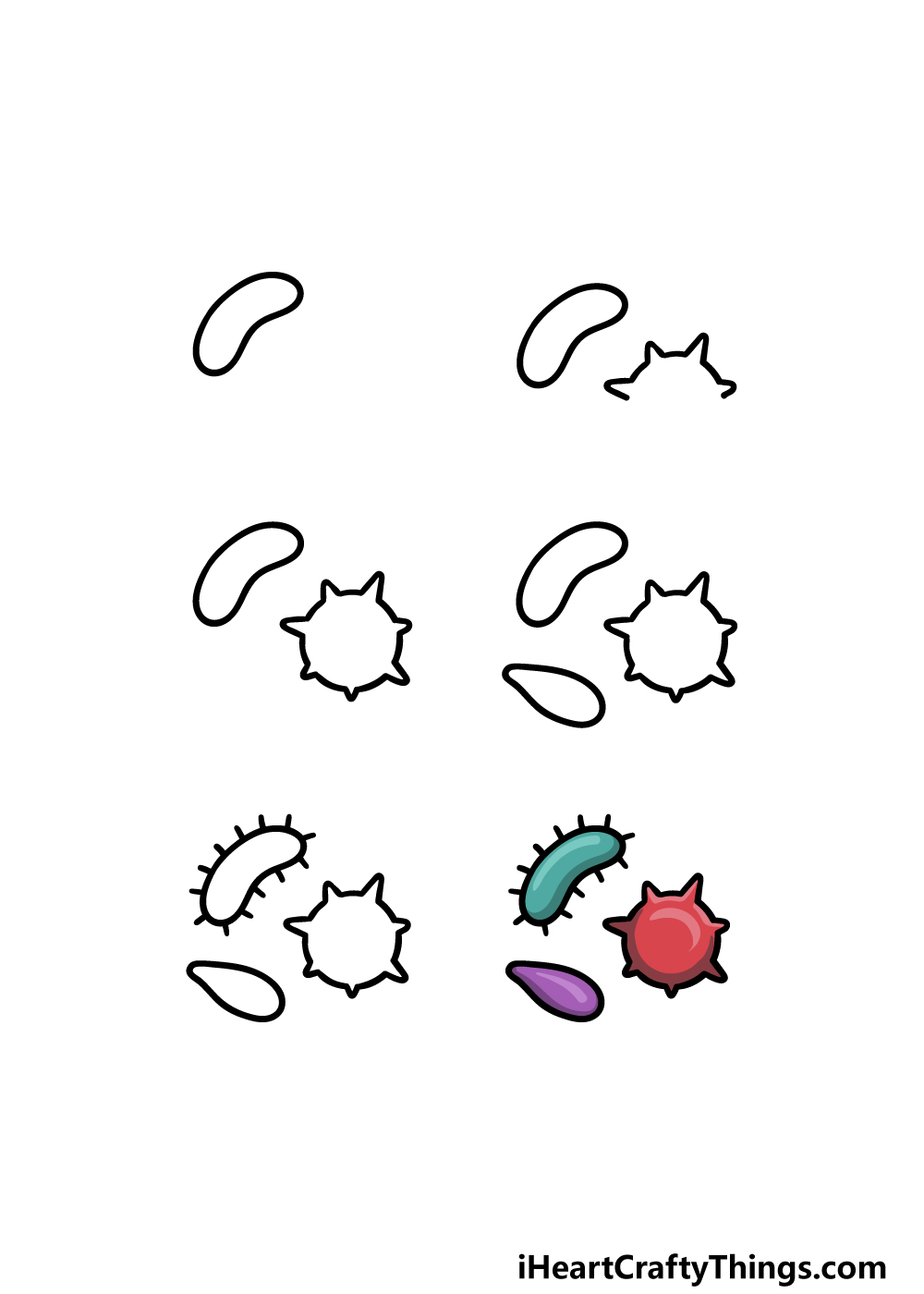 How to Draw Bacteria – Let’s get Started! 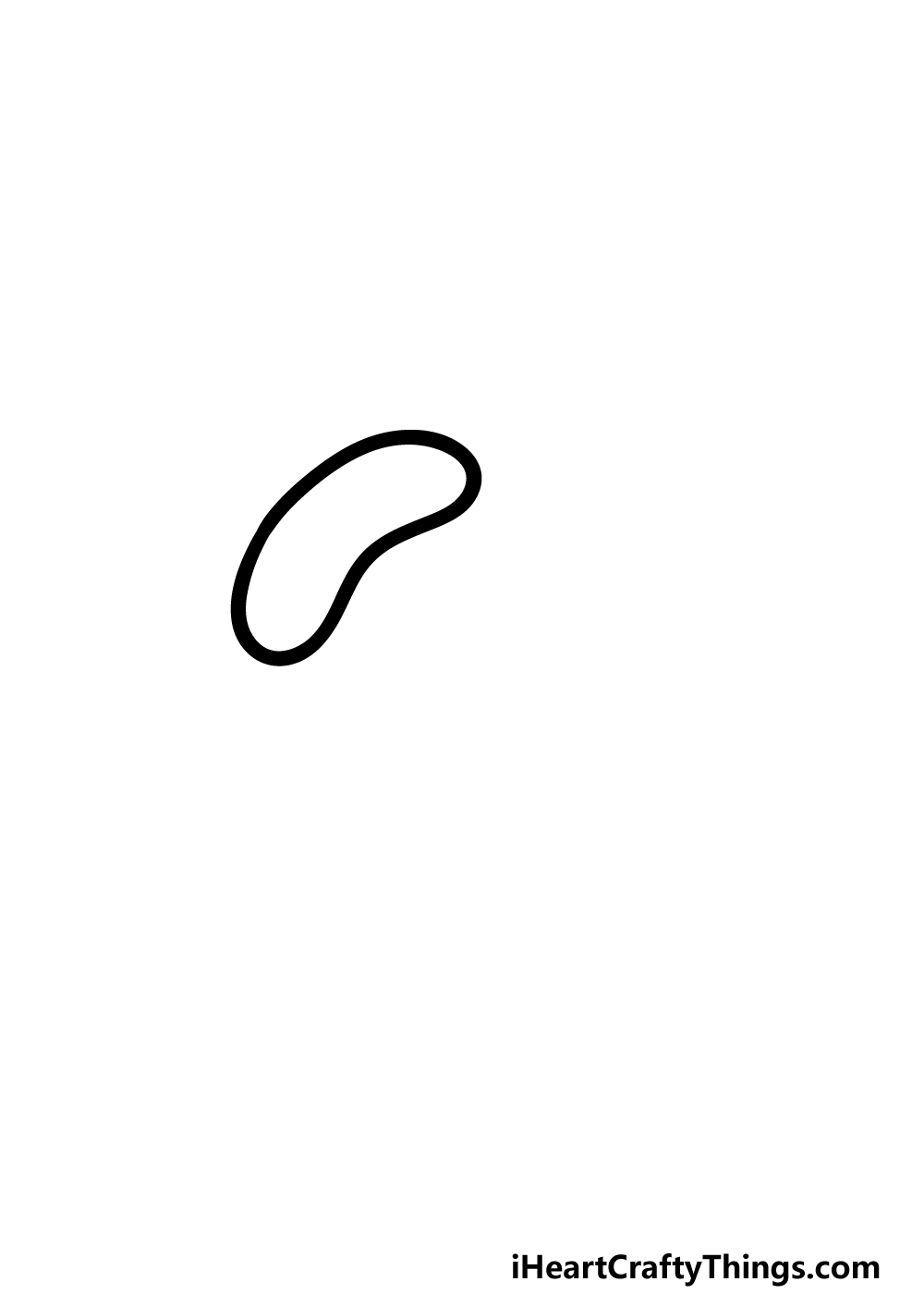 We will be keeping things nice and simple for this first part of your bacteria drawing.

In this guide, we will be drawing 3 different shapes to represent the incredible variety on display with bacteria formations.

The first bacteria may look simple for now, but we will be adding some more details to it in one of the final steps of this guide.

For now, we can move on to the second step of the guide to begin the next one.

Step 2 – Draw the beginning of the next bacteria 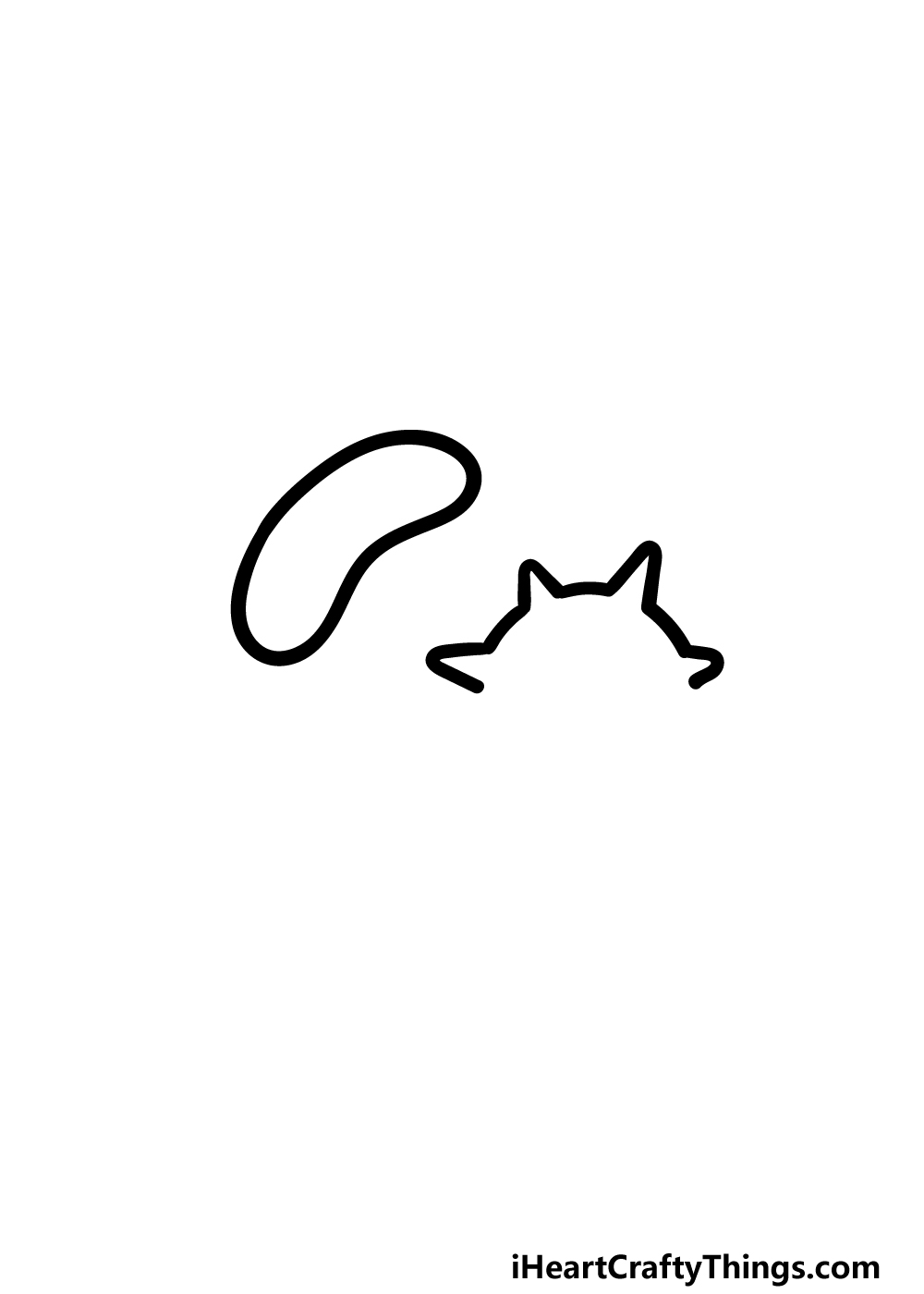 The second bacteria we will be drawing will be a little more complex than the previous one that you drew.

For that reason, we will separate it into two parts for this and the next step of this guide on how to draw bacteria.

This next one is circular in shape, but it has lots of small, pointy protrusions poking off of it.

To make things easier on yourself, we would recommend taking a light pencil and drawing a circle. This will make it easier when you start drawing the final shape.

Then, use your pen to add the little protrusions and then draw the round outline between them. Once you have drawn this first half, we can then move on to the second half in the next step.

Step 3 – Now, we shall finish off the second half of the bacteria 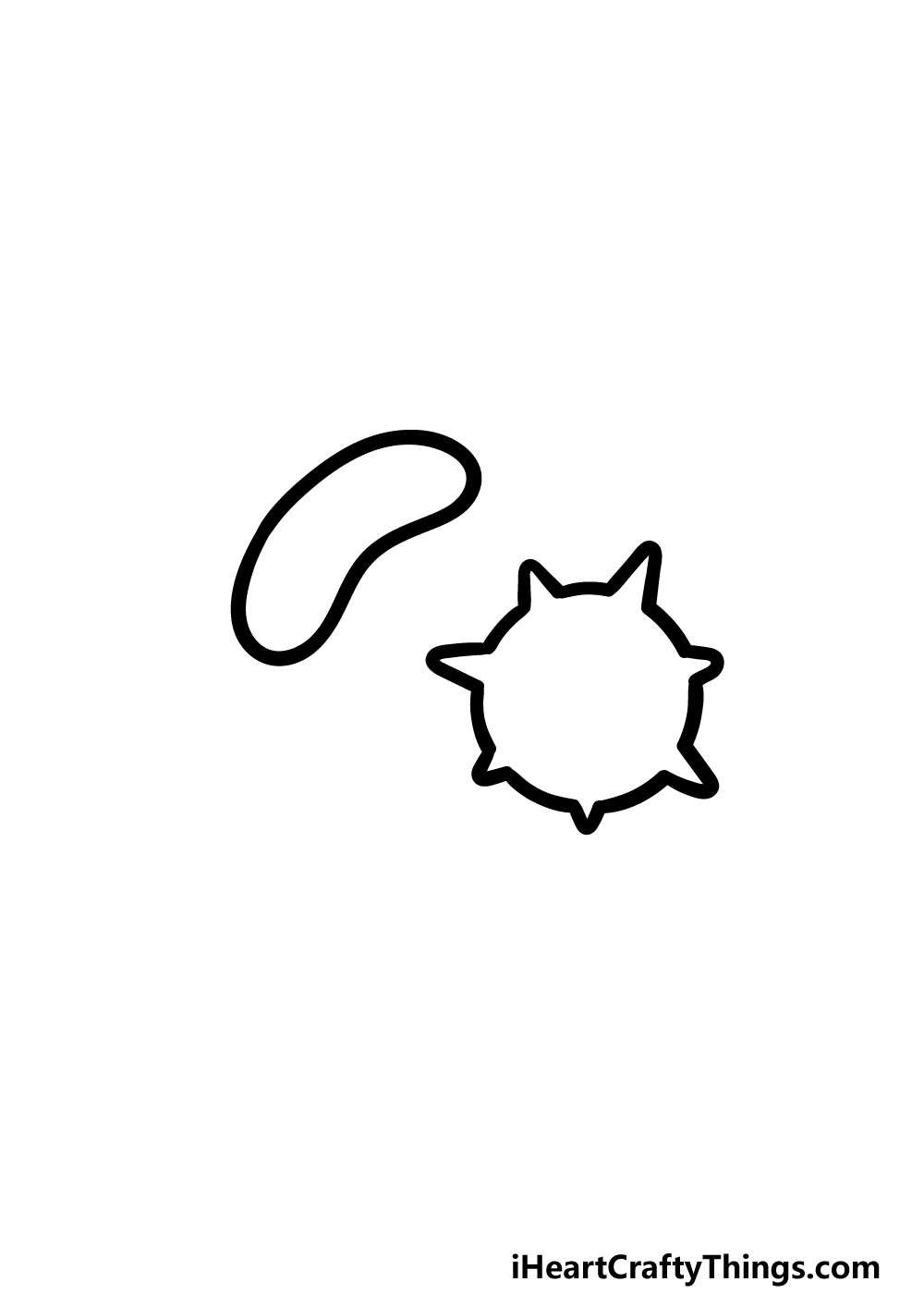 You can now finish off the second organism of this bacteria drawing in this third step.

Then it will be time for step 4 of the guide!

Step 4 – Add the final bacteria to the drawing 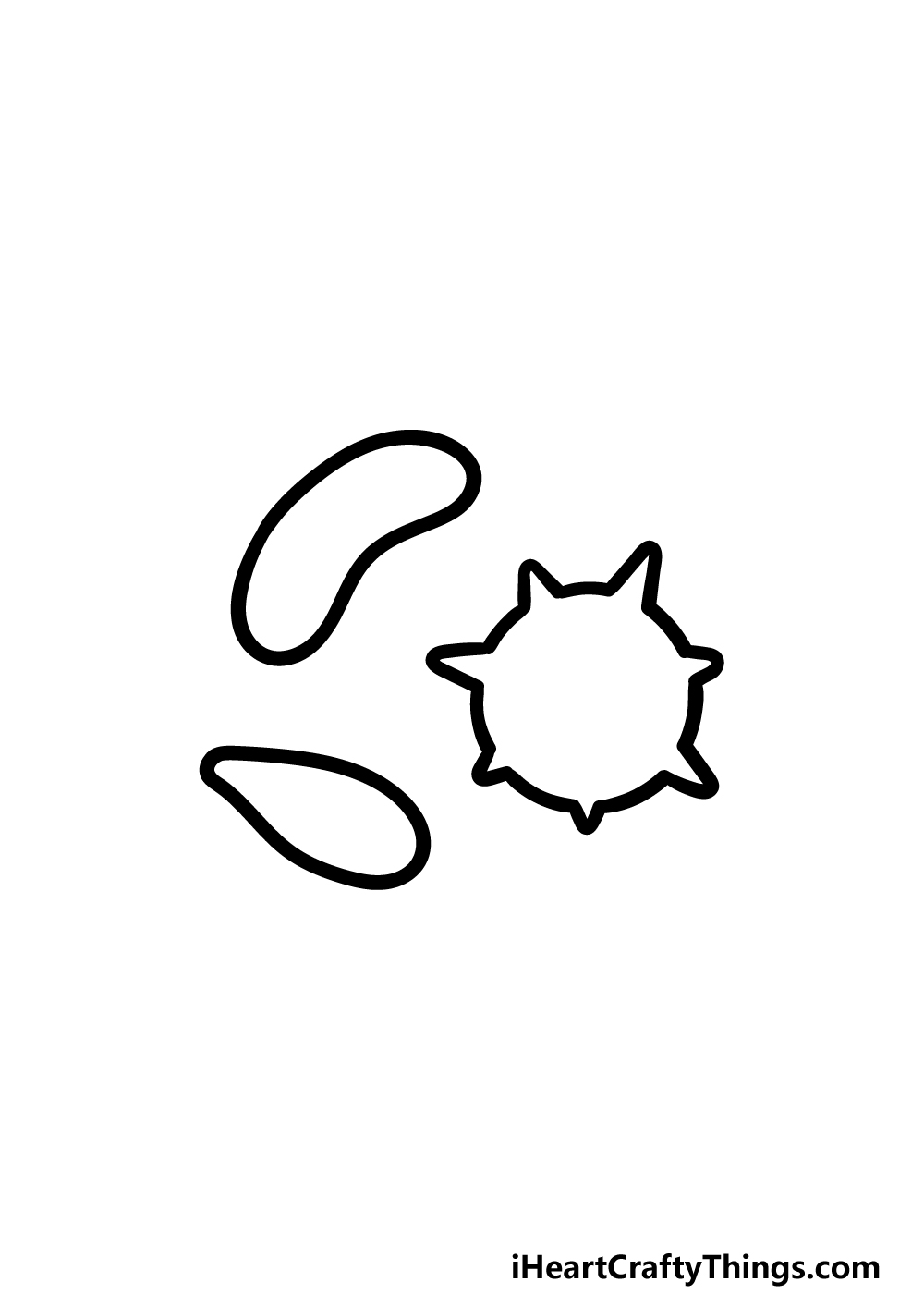 Before you add some final details in the next step of this guide on how to draw a bacteria, we have one last organism to add.

This one will also be fairly simple, as shown in the reference image. This one will be shaped a little like a tadpole.

That means it will have a long, rounded body with a small thin tail at the left-hand side.

Once you have finished this final organism of the arrangement, we will be able to move to the next step where we shall add those final details that we mentioned.

Step 5 – Now, you can add in the final details 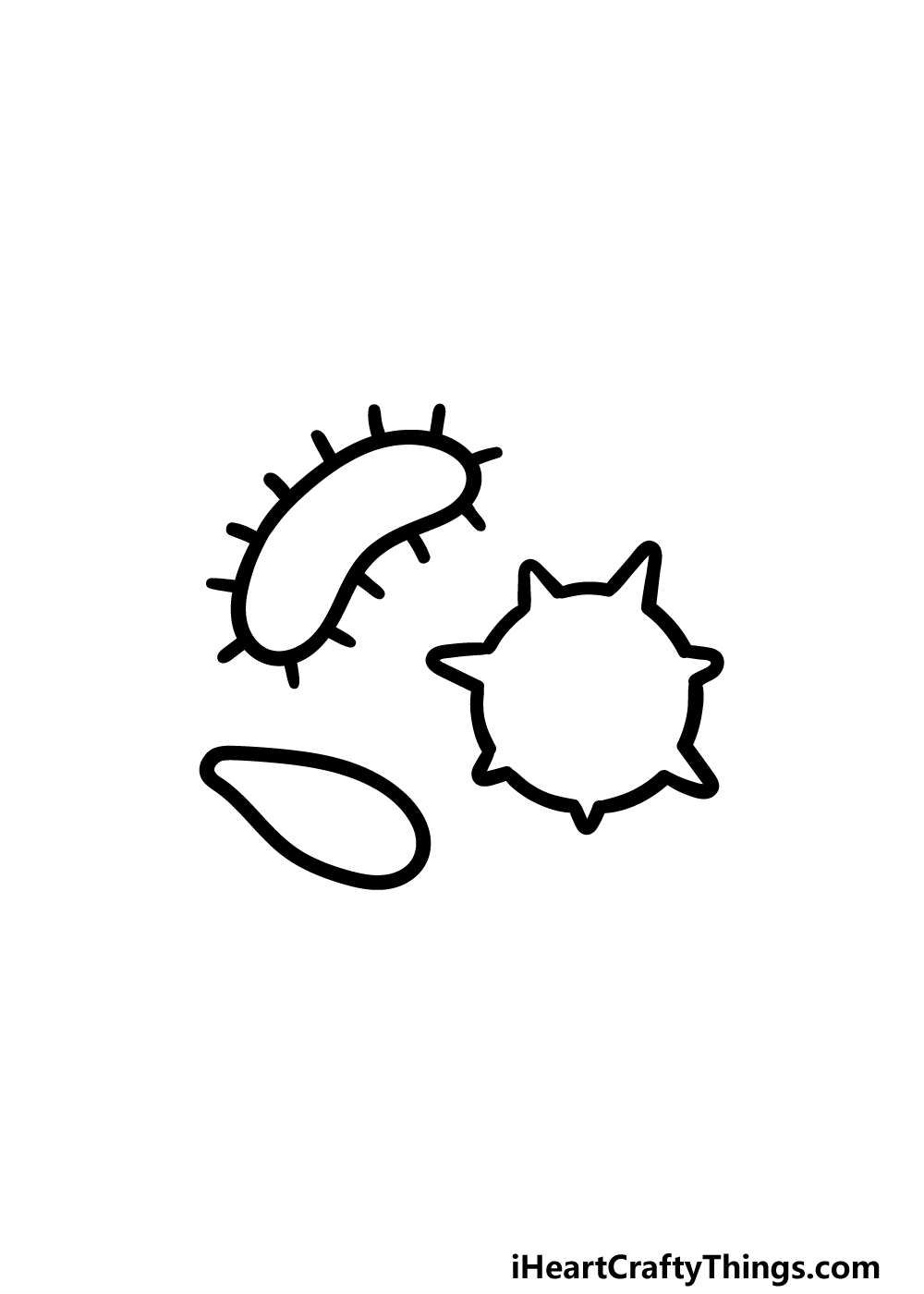 You have added the main outlines for this bacteria drawing, and in this step of the guide you can add some final small details.

You will also be able to add some extra touches and details of your own! Before that, we shall go back to the very first organism that you drew in the previous step to add some small details to it.

As shown in the reference image, this one will have some small little legs poking off of the outline. These are a simple detail to add, but they are effective in making the organism look more distinct!

Once you have drawn these little legs, you can then add your own final touches. Bacteria are usually really numerous, so one idea would be to draw many more bacteria to go with these ones.

You could create more using the same shapes, or you could also create some unique ones of your own!

Step 6 – Finish off your bacteria drawing with some color 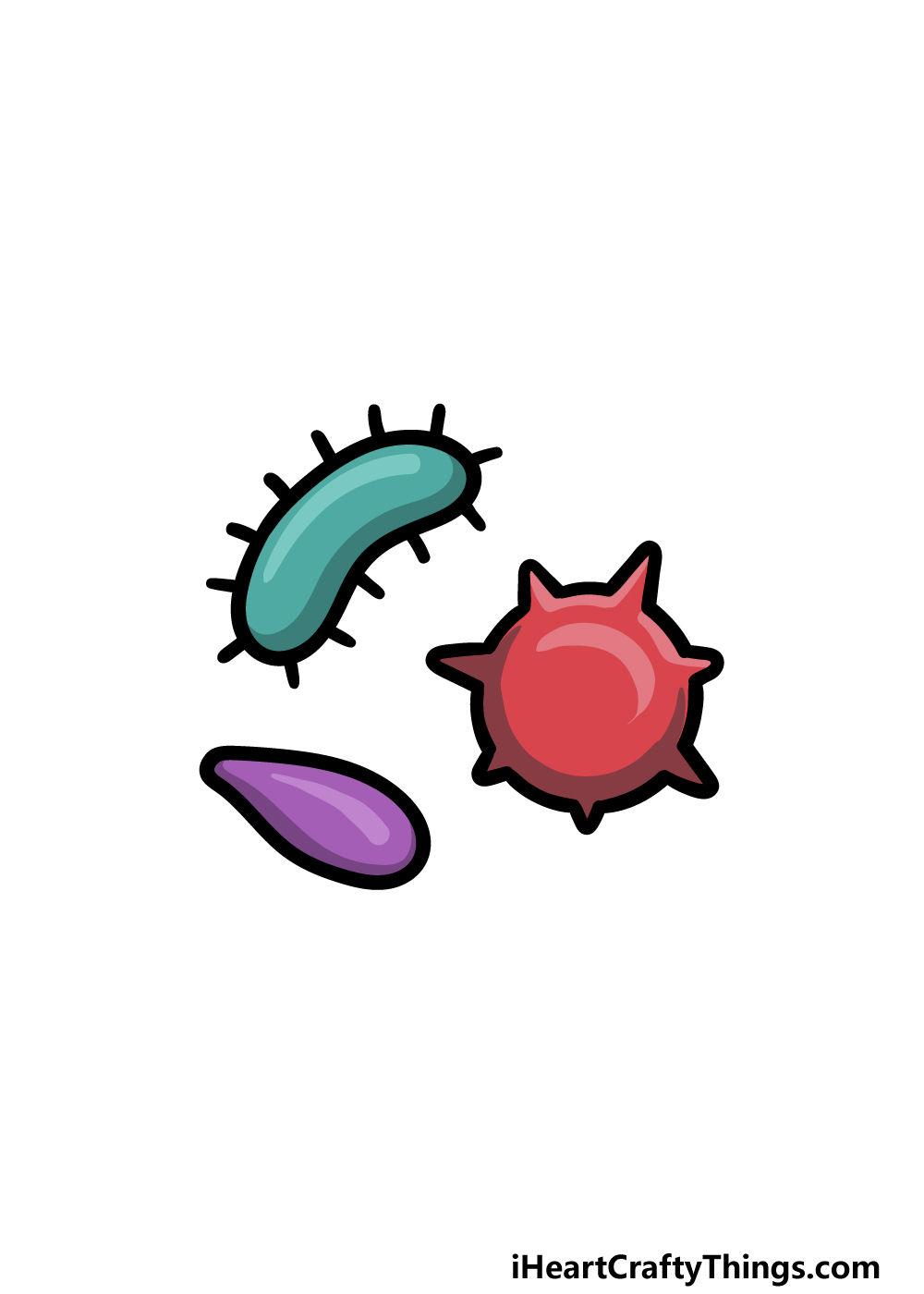 Now it’s time to have some fun coloring these organisms in the final step of this guide on how to draw bacteria! We showed you just a few colors you could use in our example image.

We used some shades of blues for the first one, and then we used reds for the big round one. Finally, we used purples for the small tadpole-shaped organism.

These are just a few of the colors you could use for this image!

Any colors you love would work perfectly for this picture, so be sure to go for any colors and art mediums that you think would suit these bacteria.

Make this bacteria sketch look even greater with these 4 ideas to try!

That means that once you’ve drawn these three, you could add as many other kinds of bacteria as you like!

These could be based on real bacteria, or you could create some of your own by using some weird and wonderful shapes. What are some different kinds of bacteria that you could include?

Each bacteria in this image is portrayed in a different color, but you could use any other colors that you like for these bacteria.

Not only could you use solid colors, but you could even make some patterns and other effects with your color.

Another great way of shaking things up would be by using interesting and varied art tools and mediums.

For instance, you could mix mediums like colored pens and paint to make some interesting colors.

These bacteria don’t have to look realistic, so you could use all kinds of awesome colors!

Right now, these bacteria look relatively realistic. You could add a fun element to your bacteria drawing by turning them into cartoon characters!

This could be as simple or as complex as you want it to be. For example, you could simply add some eyes to the bacteria, or you could create some full-on facial expressions.

There are all sorts of fun scenes you could create by doing this!

This final tip will go in the opposite direction to our last suggestion for your bacteria sketch. We think it would be interesting to make the bacteria look more realistic.

This could be done by looking up images of real bacteria and then adding some details to these ones.

Another way that you could make them more realistic would be by drawing a large circle around the bacteria.

This would make it look like these bacteria are being observed through a microscope. How else could you make them more realistic?

Your Bacteria Drawing is Complete!

You have completed all 6 steps of this guide on how to draw bacteria, and we hope you had a great time working with us on it!

Bacteria are an important part of our lives, and they come in so many different variations.

That can make it intimidating to draw them, but as long as you follow all the steps in this guide then we know you will master it in no time.

Then, you can create your own bacteria variations or create some interesting variations of your own. We can’t wait to see what you come up with!

When you are ready for some more drawing good times, you can find your next guide on our website.

We have guides to suit every taste and style, so there’s something for everyone! Be sure to keep checking in to never miss out on the new guides that are incoming. 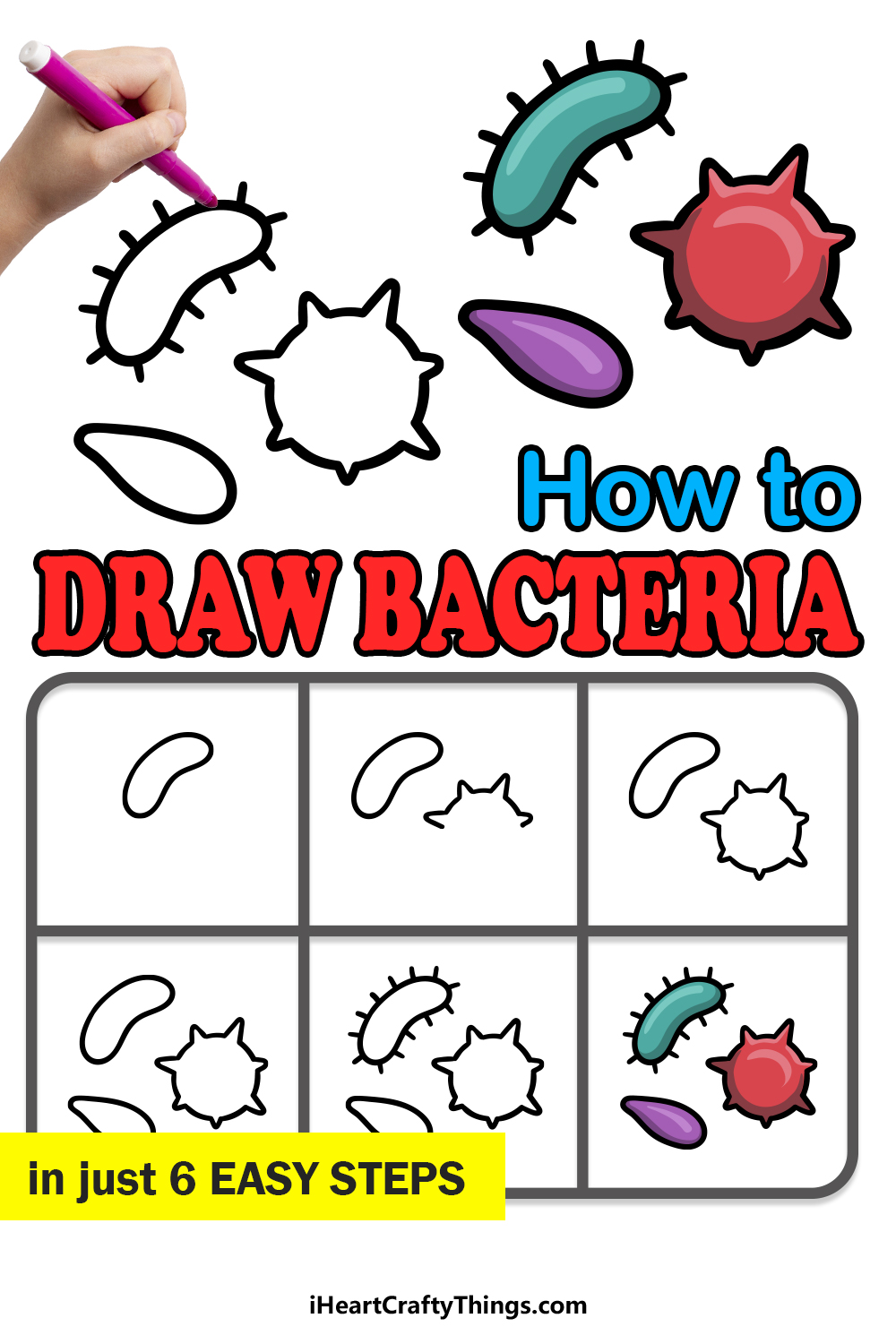 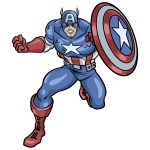 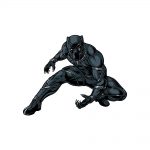