In the history of film, literature and television there have been countless iconic monsters that have scared audiences around the world.

One of the more recent additions to this roster of famous monsters is the Demogorgon. Inspired by old Greek legends, it was then adopted as a character in Dungeons and Dragons.

The incarnation we will be replicating in this guide on how to draw a Demogorgon is based on the main monster from the popular TV series Stranger things.

This version was inspired by the Dungeons and Dragons character, and has become a monster design that many fans love.

Get ready for some interdimensional drawing fun as we work on this step-by-step guide on how to draw a Demogorgon in just 6 steps. 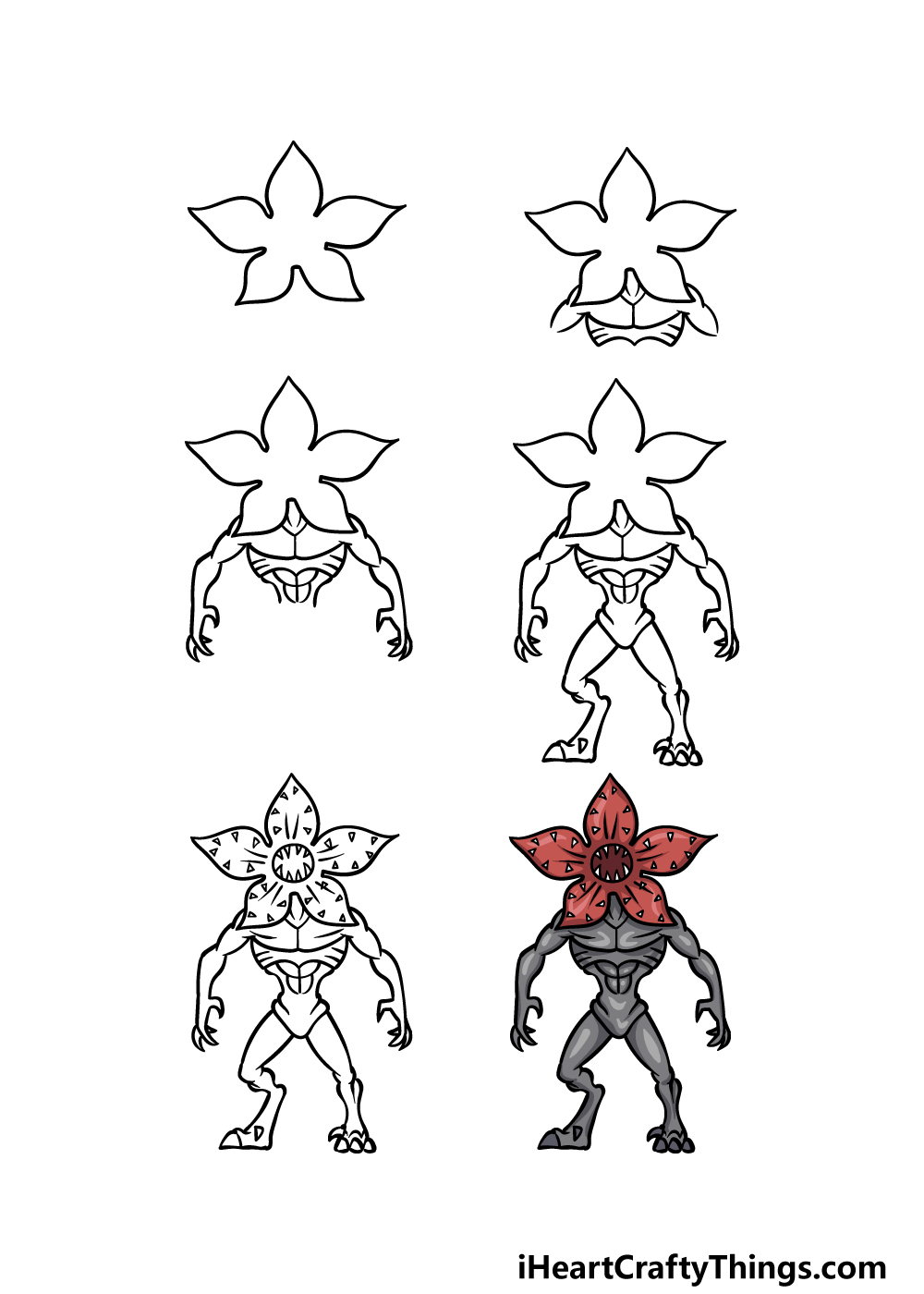 How to Draw A Demogorgon – Let’s Get Started! 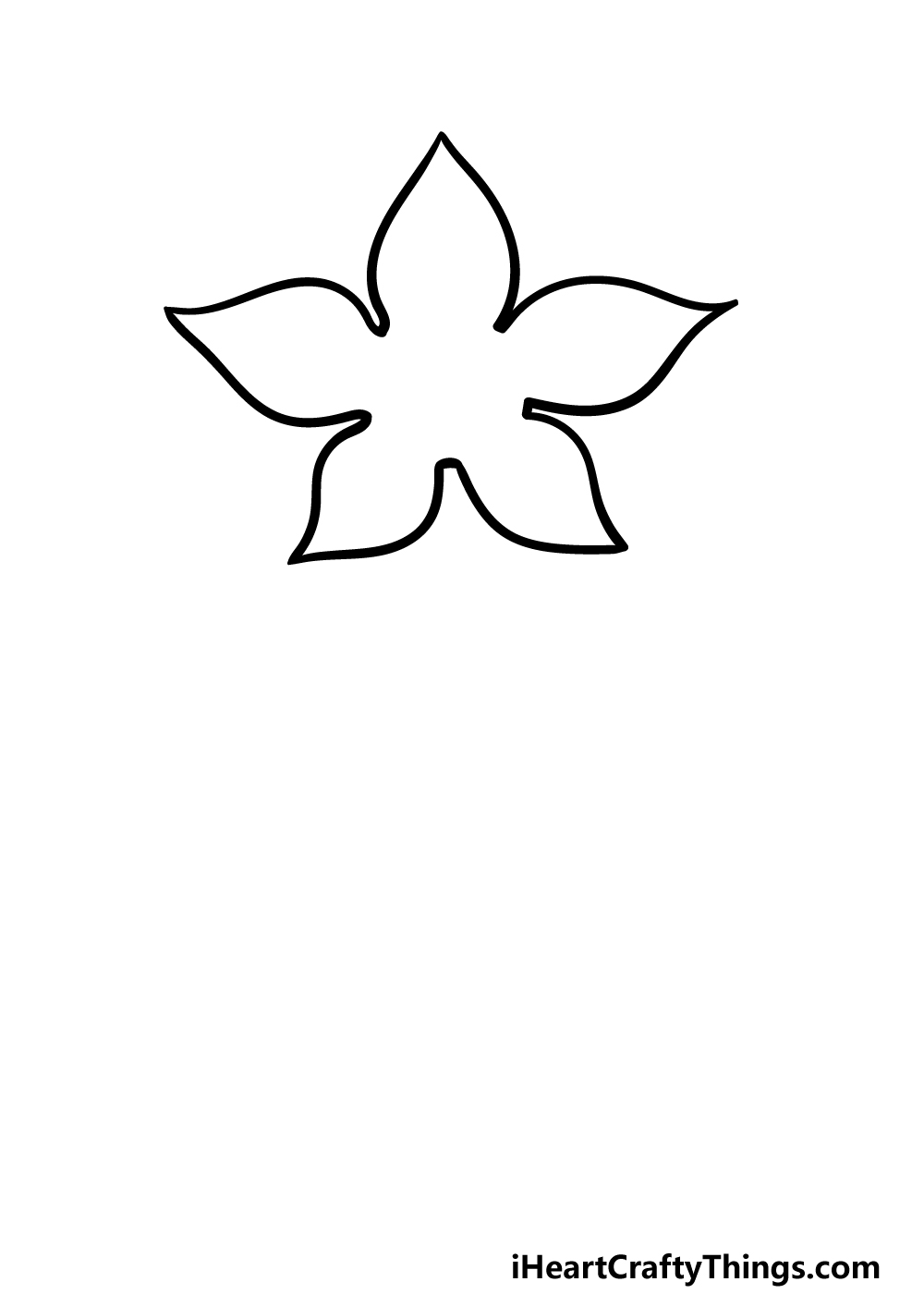 Perhaps the most iconic aspect of this monster is its terrifying, gaping mouth.

This is not a sight you would want to see up close in real life, but we will start with it regardless in this first step of our guide on how to draw a Demogorgon.

The shape of the mouth looks somewhat floral in shape, and it is composed of many different sections stretching out.

Each section will look a bit like a petal, and they will be drawn with some curved lines that form a rounded base culminating in a pointy tip.

The two sections at the bottom of the mouth will be the smallest, whereas the ones on top will be larger and of roughly equal size.

Once you have drawn this mouth outline as it appears in the image, you will be ready for the next step of the guide.

Step 2 – Now, draw the arms and chest of the Demogorgon 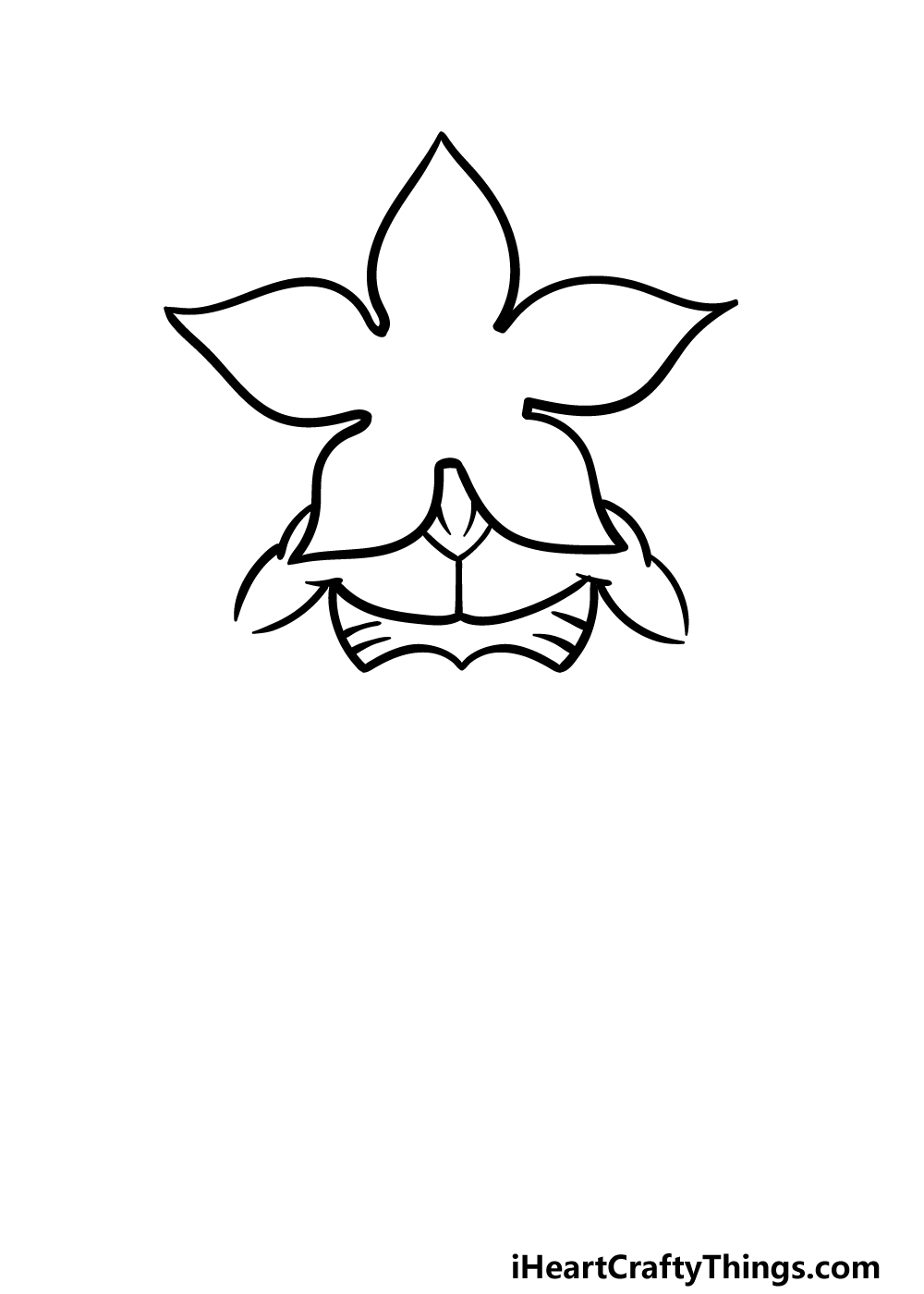 Moving down from the head of your Demogorgon drawing, we shall now start drawing the arms and chest of the monster.

While the head of the beast is monstrous and otherworldly, the body looks a bit more human in comparison.

Use some curved lines to draw the rounded shoulders of the beast at the base of the mouth, and then use some more for the biceps below them.

Next, you can use some slightly curved horizontal lines for the muscular pectorals of the beast. You can then finish off by drawing the top of the ribcage of the monster by using some more rounded lines.

Step 3 – Draw more of the arms and waist

Now you’re ready to finish off the arms and hands in this step of our guide on how to draw a Demogorgon.

Use some angular curved lines for the thick forearms of the beast. Then, we will be drawing some sharper lines for the claws of the hands and fingers extending from the base of the arms.

Finally for this step, draw 4 small and rounded abdominal muscles inside the thin outline of the Demogorgon’s waist.

That’s all there is to it for this step, so now we can proceed.

Step 4 – Next, draw the rest of the body outline 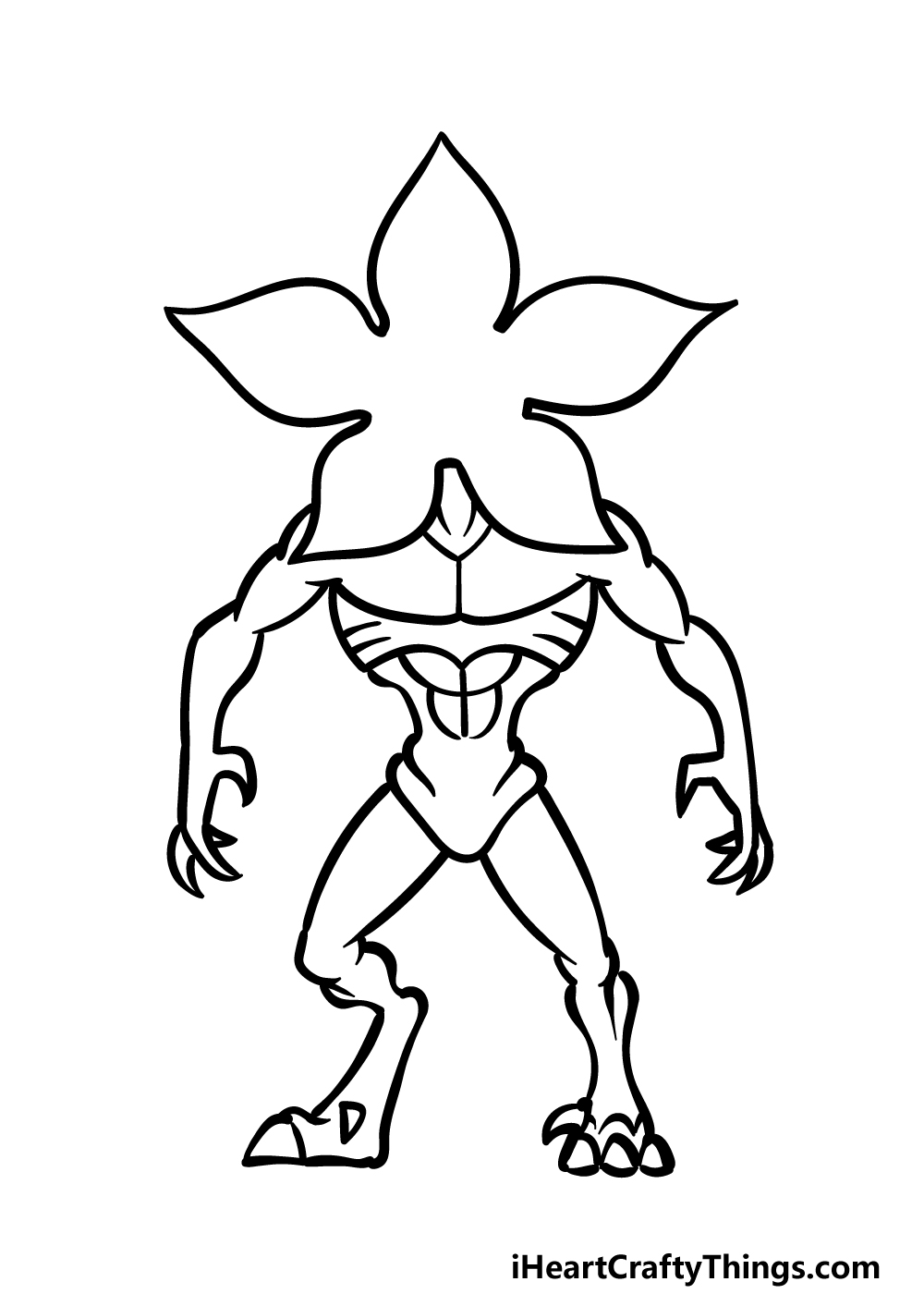 This part of your Demogorgon drawing will see you adding the final elements of the outline for the body and legs of the monster.

First, add the hip section of the beast underneath the waist that you just drew. Then, we will be adding the legs as separate sections.

The legs will be quite rounded and long for the top sections. There will then be a small knee with long, thin shins attached to them.

Finish off with the fearsome claws that make up the feet before you move on to the final details in the next step.

Step 5 – Add the final details to your Demogorgon drawing

We will be going full circle as we move back to add some details to the mouth section you drew in the first step of this guide on how to draw a Demogorgon.

First, draw a circle at the center of the mouth section. You can then draw some sharp teeth inside the mouth outline using some curved, pointy lines.

Then, add two lines near the base of each section of the open mouth. To finish off the mouth, we will then be drawing some more teeth dotted around the inside of the mouth.

Once these details are drawn, you can keep it going by adding more ideas of your own!

You could draw a background for one idea. This would be a great way to show us what your favorite Demogorgon moment from the show is. What else can you think of for this image?

Step 6 – Finish off your Demogorgon drawing with color 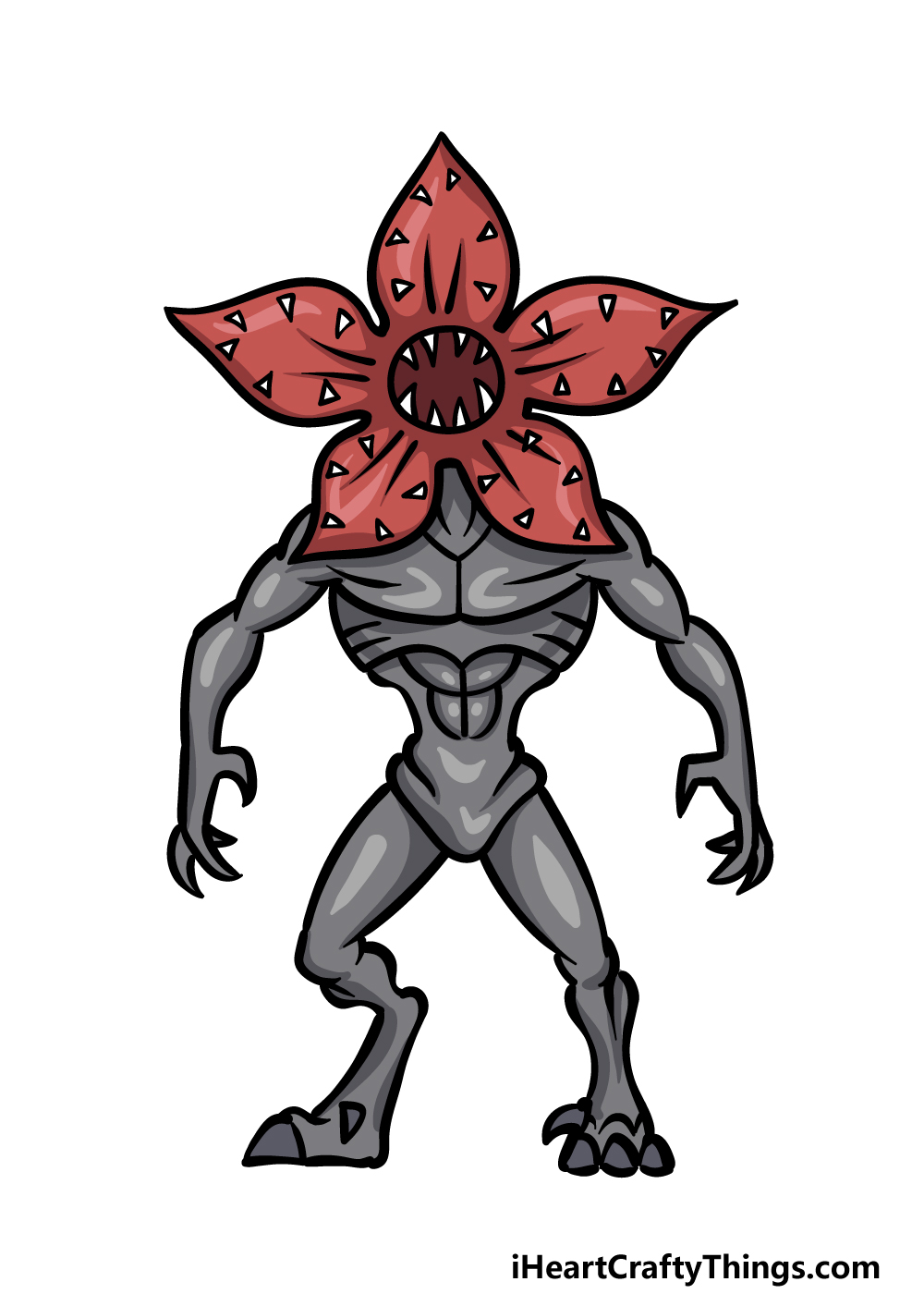 You will now be able to finish off this Demogorgon drawing you’ve worked so hard on by having some coloring fun.

For the inside of the mouth, we used various shades of red to give it a more fleshy appearance. The teeth will be pure white to help them stand out on the red background.

For the body, we used various shades of dark and light greys to give the skin a tougher look.

You could go for similar colors to recreate the look of the monster from the show, but you should also feel free to create your very own Demogorgon variation!

Make your scary Demogorgon sketch even better with these fun tips to try!

This drawing of a Demogorgon shows the most recognizable enemy from the Stranger Things TV series. While this is the most well-known, the series is filled with many threats and monsters.

If you wanted to make this drawing even more horrifying, you could do so by adding your favorite monsters from the series.

There would be many to choose from, and each is more horrifying than the last.

What are your favorite monsters from the TV series that you could include here?

Of course, with so many monsters to face we also need some heroes to vanquish them. The heroes in Stranger Things are everyday people, which makes them even more compelling.

You could draw some of these characters to counteract the Demogorgon! Perhaps you would like to draw Eleven or Mike for some of the kids in the series.

Or, you could bring in Sheriff Hopper or Joyce. These are a few of the characters you could use, but who else could star in this image?

The Stranger Things series is not only filled with iconic monsters and characters, but also locations. You could use your favorite locations from the show to use as your background!

This could include everyday locations from the town of Hawkins like the Mall or the Byers house. Or, you could include the horrifying other world of the Upside Down.

What are your favorite locations from the series that you could use for the background?

You could also use some interesting art tools and mediums on your Demogorgon sketch to make it resemble the show a bit more. For example, in the scenes involving the Upside Down, there is a lot of ash floating in the air.

You could show this aspect by using real ash from a barbecue! To do this, lay a thin layer of glue over the image and then lightly sprinkle the ash over it.

Carefully blow it away (being careful not to make a mess) and you will have an ashy scene!

Your Demogorgon Drawing is Complete!

The Demogorgon is quite a terrifying creature, but hopefully facing one in this guide on how to draw a Demogorgon was anything but scary!

In this guide, we aimed to show you how easy drawing this iconic creature can be when you have the right steps to follow.

We also wanted to leave some room for your own ideas and interpretations, so now you should feel free to add to this image and make it even more personalized!

Then, when you’re ready to take on a new drawing you can visit our website for more amazing guides.

We have more we plan to bring out soon, so keep checking in to never miss out. We will be looking forward to seeing you there soon!

Please also go ahead and share your finished Demogorgon drawing on our Facebook and Pinterest pages so that we can see how your incredible creation came out. 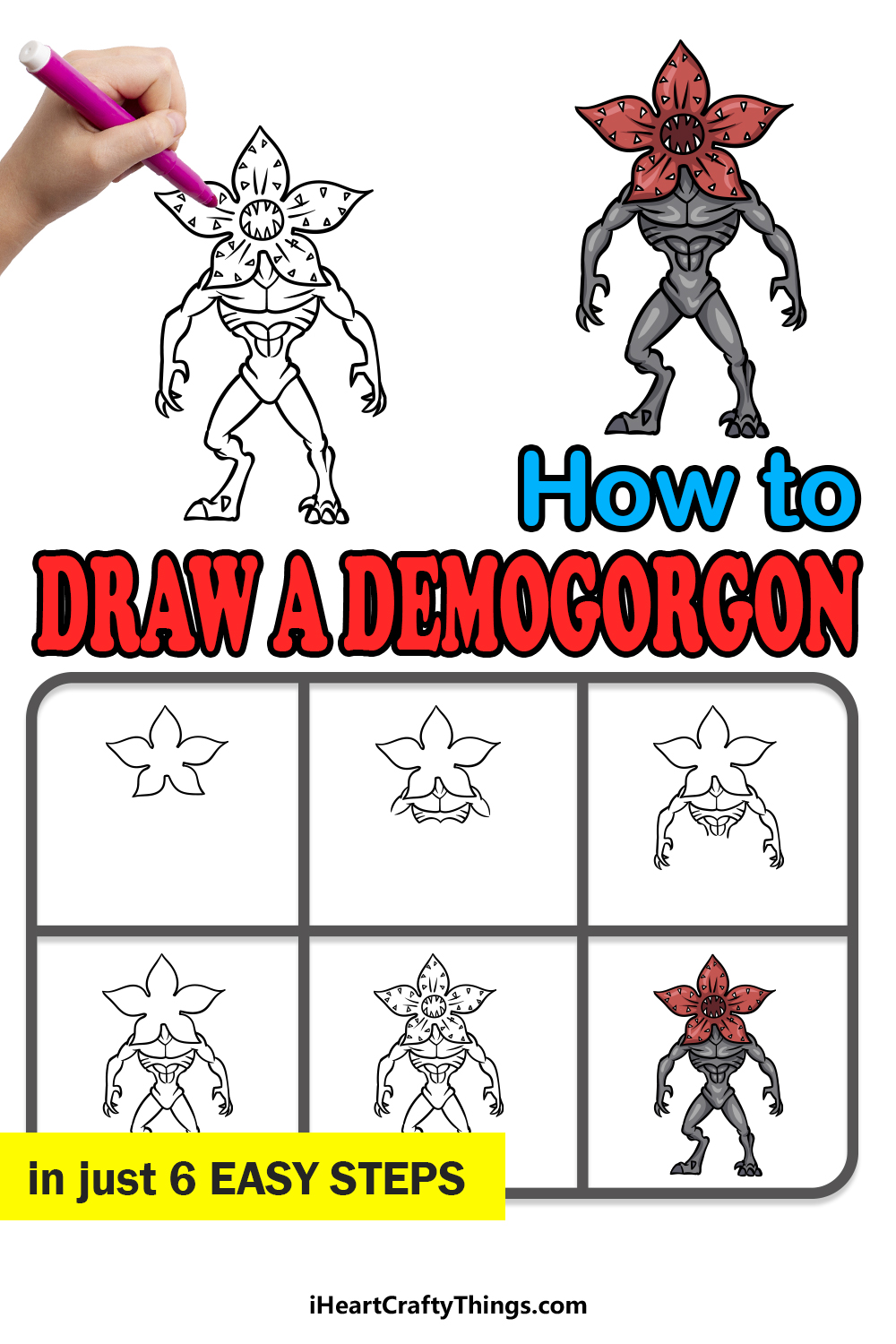 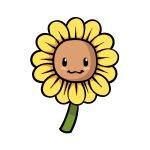