Search
Follow us
Menu
Follow us
I happened upon a darling book at the library last week, “Counting Crocodiles” by Judy Sierra and illustrated by Will Hillenbrand. The book inspired a preschool activity full of math and fun! 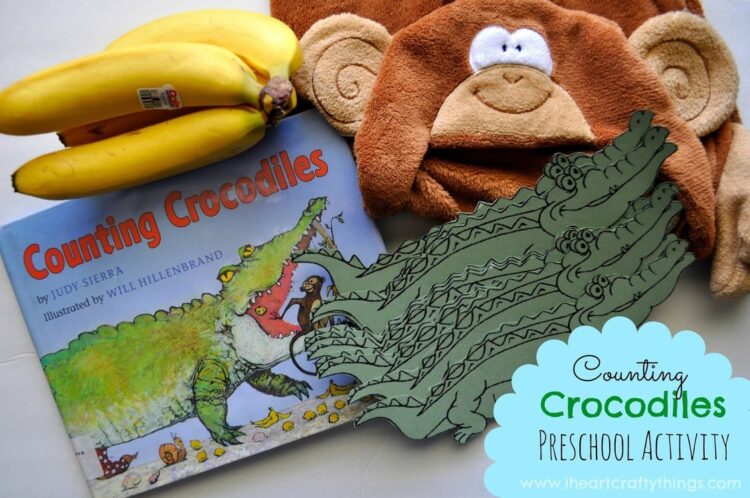 Counting Crocodiles is about a little monkey who lives on an island where all there is to eat is lemons from a lemon tree. One day she spies a banana tree in the distance on another island but the only way to get to it is to cross the crocodile-infested waters of the Sillabobble Sea. Turns out that’s not a problem when you’re a brave and smart monkey who knows how to count to ten and back! 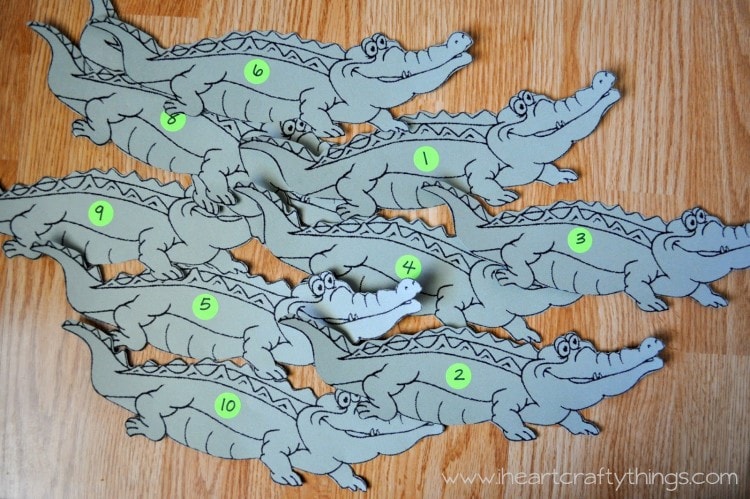 I first found a crocodile image by doing a Google search and printed out 10 of them, each using a full size sheet of paper. Next I labeled them from 1-10 and laid them out in random order on the floor. My preschooler had to line them in the correct order from 1-10. Numerical Sequence is something we have been working on a lot lately and I was very proud to see her progress in recognizing more of her numbers as she did the activity. 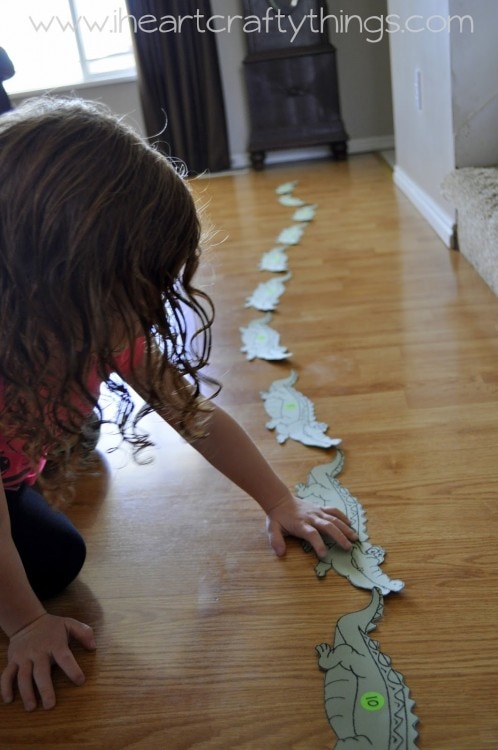 After we had them in order, my daughter helped me tape them down on to the floor. Then she got out her favorite monkey blanket and dressed herself up into a cute little monkey! 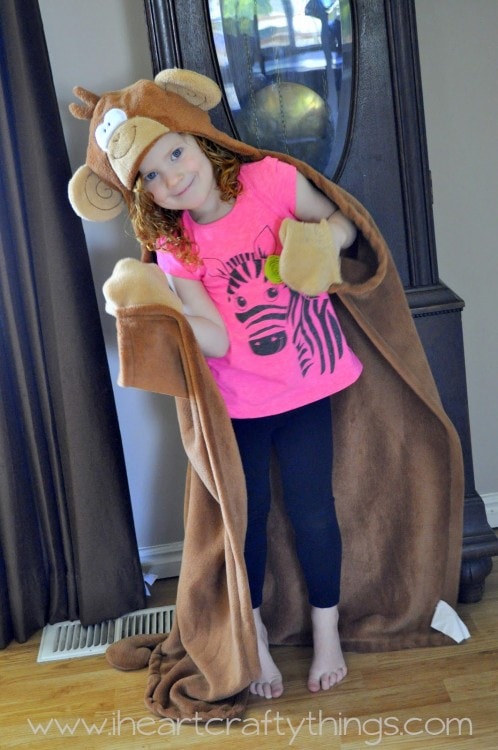 Just like in the book, she reenacted the monkey crossing over all of the crocodiles and counting them as she went to get to the island with the bananas on the other side. 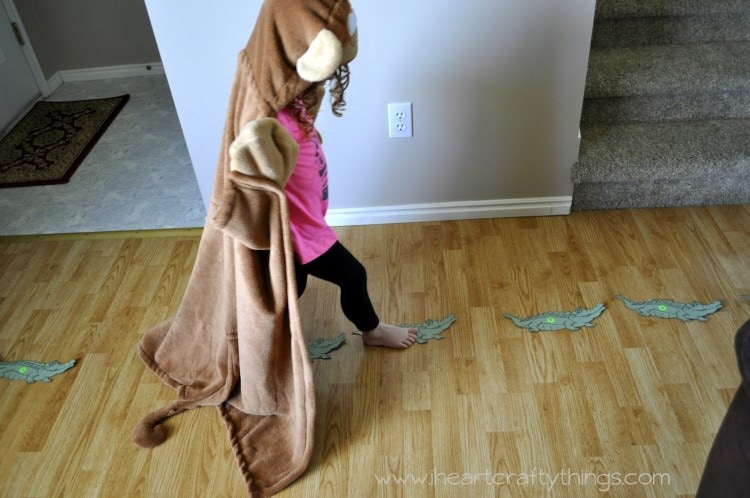 Once she reached the bananas she had to turn around and come back, counting as she came. She pretty much thought this was the most exciting thing ever! 🙂 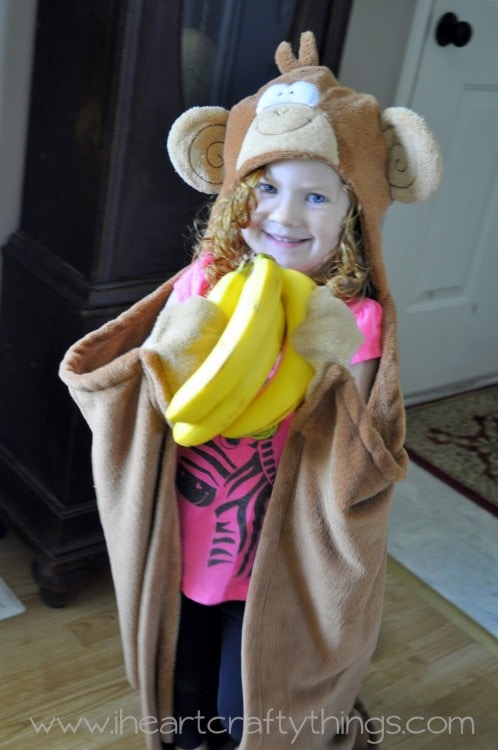 Leaving the numbers in a straight line was way too easy, so we mixed the crocodiles up several times. Each time she had to make sure to step on the crocodiles in the correct order from 1-10, helping to reinforce the numerical sequence we have been practicing. 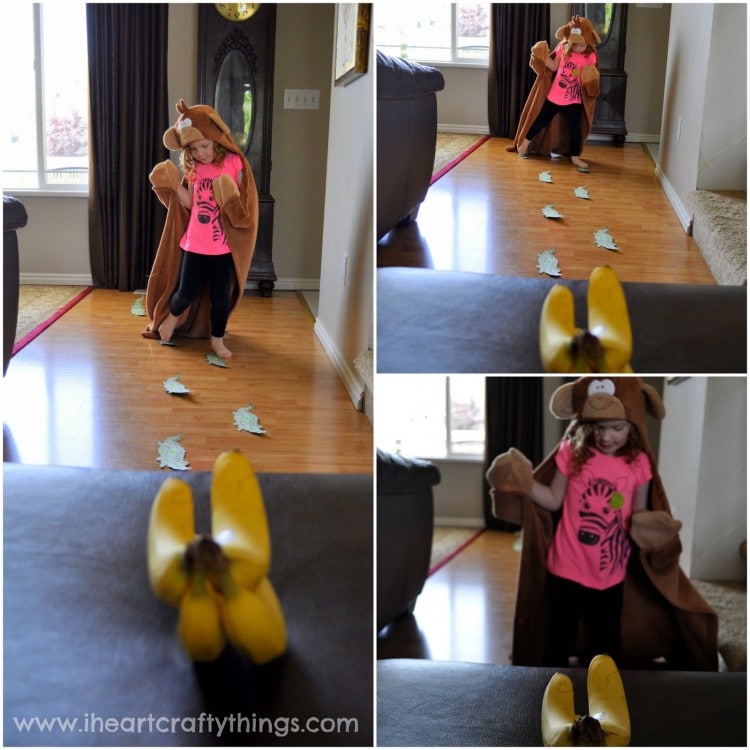 My daughter even made up some of her own crocodile lineups which proved to be more of an obstacle course. There was lots of leaping and jumping from crocodile to crocodile trying to go in correct order from 1-10. She even made me play the monkey part to help me get in my workout for the day! Haha! 🙂 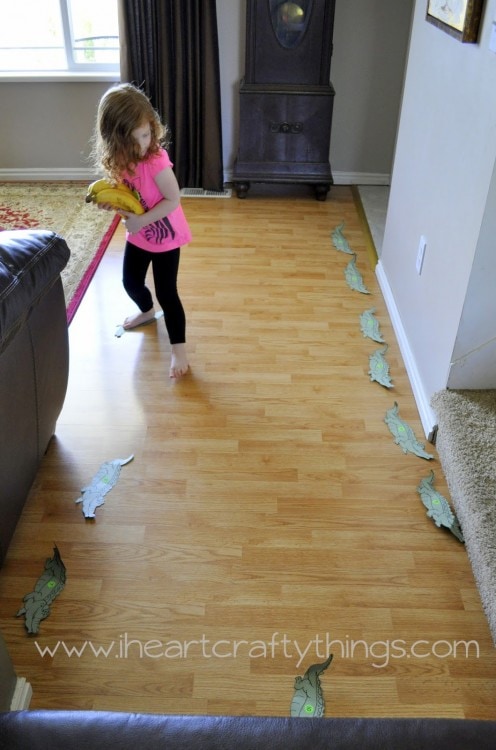 You must end this activity by eating a delicious banana…of course! 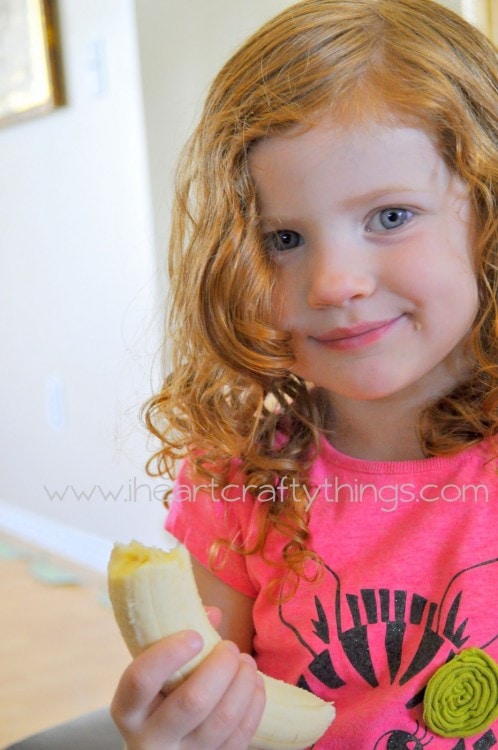 A monkey blanket isn’t necessary for this activity. You can do the activity without dressing up like a monkey, or you can make a monkey ears headband like this one found at Craft, Interrupted. 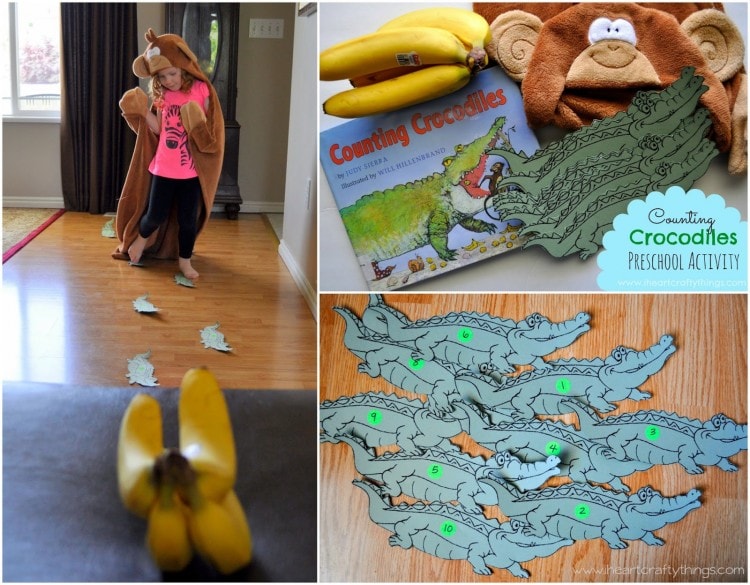 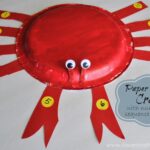 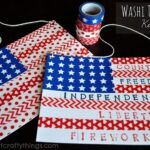